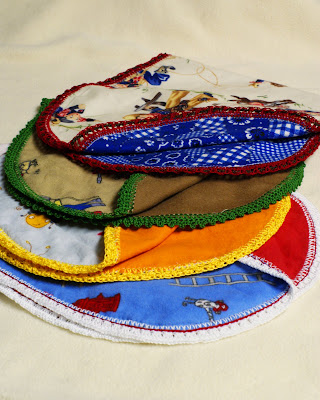 I wonder if Amelia and I would qualify for a sleep deprivation study...I know the military is really interested in that subject. I am not really interested in the subject but find myself wrapped up in the effects due to a tiny little 22 pound singing sprite. Amelia's never slept very well since birth. The first year to 14 months was pretty awful. Then she started to sleep through the night and take naps (most of the time). It seems we had restless nights once a month or so after that. Usually those sleepless nights were rare and due to ear infection pain or some sort of illness. Out of the blue last month she started pulling all-nighters again. Maybe she is practicing for college. We put her to bed around 9 pm. For the past week she's cried and whined until after midnight or longer. Five of these nights I gave her Benedryl after midnight. She still gets up at 8 am, not so chipper but awake. Now the poor thing has purple eye bruises from not sleeping enough. Tomorrow we are going to the DR to make sure she has no outward physical pains or illnesses...then a demand for baby Ambien, THEN a referral for a sleep study. I can't take much more of this!!! My belly is too big to hold her for longer than a couple minutes. I've racked my mind for trigger events that caused this new disruption but can't think of anything. She is acting afraid of her bed (again) after sleeping soundly in it for over a year. If anyone wants to take the mid-night shift we'd be grateful. Justin gets up more than usual and is also totally flummoxed. Enough said....

Friday I made a bumbo seat cover. I have a purple one, but a BOY cannot sit in a girly chair...right?! I cheated a bought a cover off Etsy, ripped it apart four minutes after it arrived on my doorstep, and made a new paper patter. A couple hours later I finished sewing a new blue cover together. All I need now is a bumbo seat to try on the cover and make any adjustments before I sew on the elastic to the bottom. It is cute so far.

Saturday morning Alison, her four kids, Amelia, and I drove to Cheyenne for a day of shopping. Justin and Matt were either working or fishing so we were not terribly missed. I was sorely tempted to cancel because Mia and I only slept 4 hours. She napped on the way so was in a good mood. I finished the last of 8 burp cloths!! The picture is of batch two...aren't the colors fun?? Alison had fun shopping at Plato's Closet and Target. I had my hay day at Once Upon A Child (consignment store). I scored the cutest pair of brown cowboy boots...size 1. They are so cute I can't stop admiring them. I also found three outfits for the baby to wear to church. Justin calls them Mr Man clothes. Too cute. At Target I got Mia a fun little microphone for a $1. She spent the rest of the time in store singing "I am a Child of God." People who heard her singing would stop and comment how amazed they were that Amelia knew she was a Child of God! Mia would pipe up, "YEP, Child of God!" The kids had fun at McDonald's for lunch. Alison snagged me a yummy cranberry limeade from Sonic so the trip was complete. At Hobby Lobby I found some fun fabric for a couple more projects in the works. The kids fell apart on the way home. They did so great until the last 5 miles. Still once everyone started to yell it was pretty funny. Justin took Amelia to the park for an hour once we got home. I worked on my Gospel Doctrine lesson...thanks sweetie!!

I played the organ today in sacrament meeting. I enjoy playing because I can set a faster tempo. Our congregation tends to drag out the hymns, we need a little pep now and again. My lesson went really well today. The topic was missionary work during the later Kirkland years. My eyes teared up after reading a quote of Brigham Young defending the prophet after the Kirkland bank failure. Church history is so intriguing. Teaching Gospel Doctrine is my dream calling. I will enjoy it as long as possible. This afternoon Mia decided not to take a nap. She was super tired but refused to fall asleep. That was about the last straw for me...DR TOMORROW.

PS: we made an offer on a home on Tuesday afternoon on house number 1 from a couple posts ago. The lady's counter was awful, she even refused to budge price after appraisal or inspections. Turns out she wrote the counter herself, bypassing her real estate agent. No wonder it was so bogus. We are unsure if we will offer again. Justin is so busy now with the quarterly report and stressed with his new calling we may wait until September before looking again. None of the house available right now seem to fit our needs and price range at the same time. I've resigned myself that living here in the apt is not so bad...getting our family into a home we will dislike seems like a bigger mistake. At least the townhome is locked in for sale, the relocation company will close on it the 15th of July. Phew!!