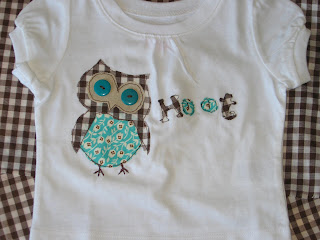 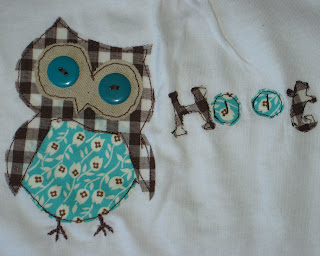 I made a new initiative to reduce the time I spend on the internet blogging, reading about photography, and Etsy. My new allotted time is 1 hour per day. So, I better make this quick!! Instead of surfing the net during Amelia's nap I made a cute applique for a white shirt she has. I love owls...very cute. Amelia gave her new "birdie" a kiss once I put it on her! Cute!! 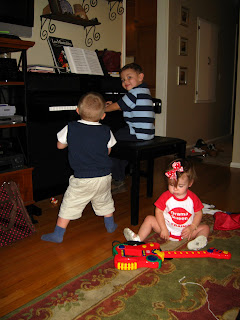 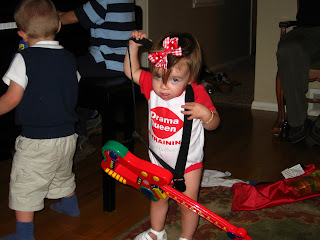 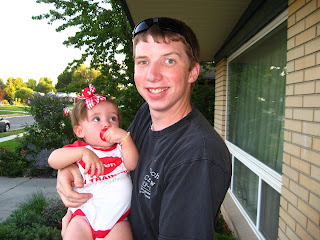 Yesterday the Lance's met at James and Miekka's for Joe's farewell dinner. He is finally off to boot camp in Texas tomorrow morning. He joined in February and is only now being sent to boot camp. Joe is very relieved to finally be off and doing something besides hanging out at Mom's. He will miss the Pettits! James and Miekka made Hawaiian haystacks with grilled salmon and sweet and sour sauce plus all the usual condiments. It was super good! They should be chefs and open their own restaurant.
We watched the closing ceremony of the Olympics. James heard that Jeremy is part of a band now. The players include a guitarist (who just got his first acoustic guitar), a drummer, pianist (Jeremy), and something else. We thought that was very funny so we had the kids make their own band with Seth on piano, Amelia on guitar, and Jacob on vocals. They probably sounded as good as Jeremy's band. Justin flew out to California around 8:45 pm.
Amelia had a night of diarrhea. I changed her diaper over 10 times last night. Now she has a horrid diaper rash and bleeding sores all over her bum-bum. We both feel like zombies! Still I took her on a bike ride. The wind was so strong it pushed us across the road when I biked east or west. This afternoon we looked at her scrapbook. She was delighted each time daddy and mommy showed up in a picture. She named her favorite cousin, Ana with kisses. She also exuberantly picked out Seth and gave him a kiss. When she found Jacob, she said, "No!" and started crying. Guess Jacob is not on her fav list. That is okay since Jacob "hates" everyone and everything. I take it that being 2.5 years old is not fun at all.