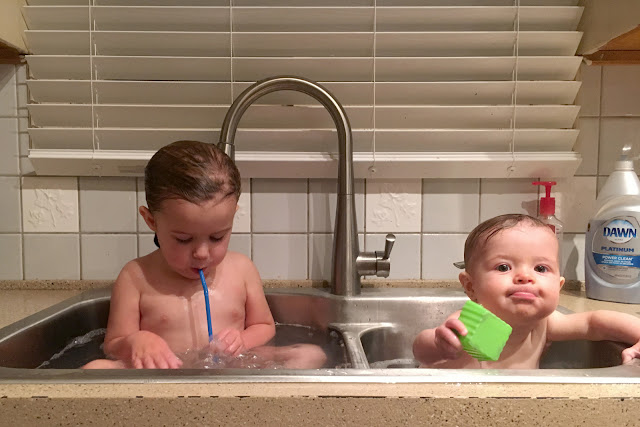 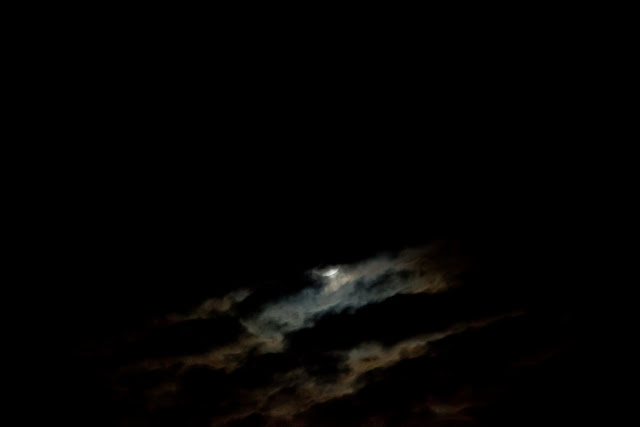 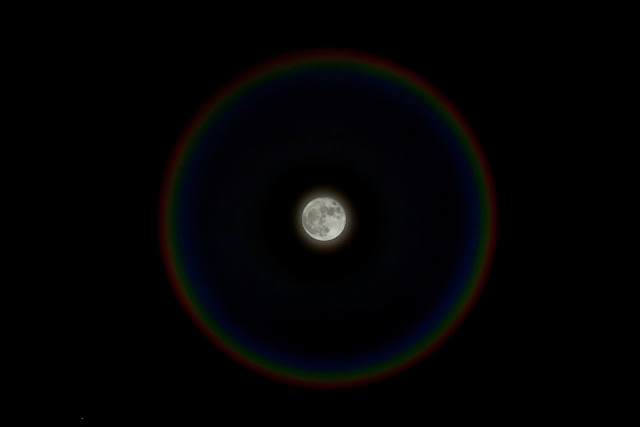 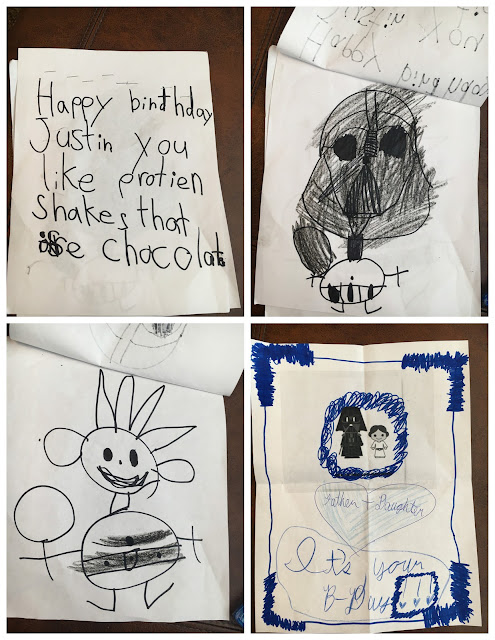 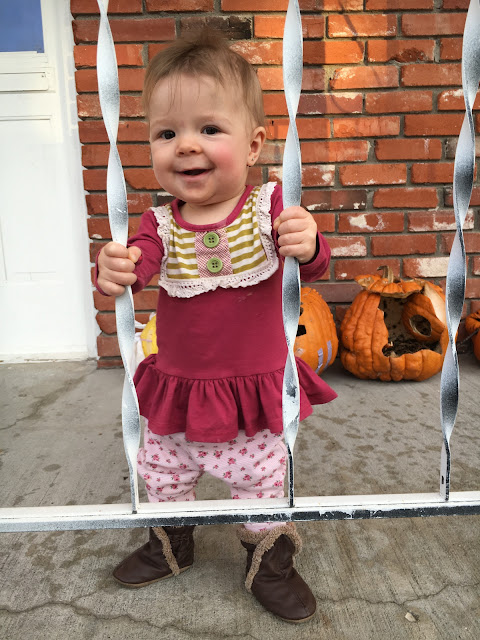 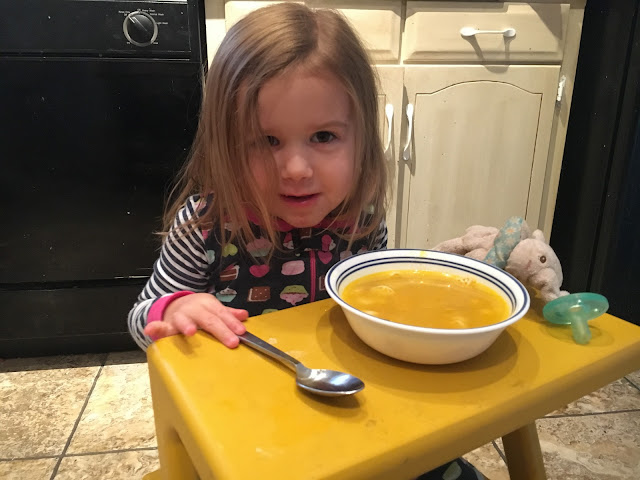 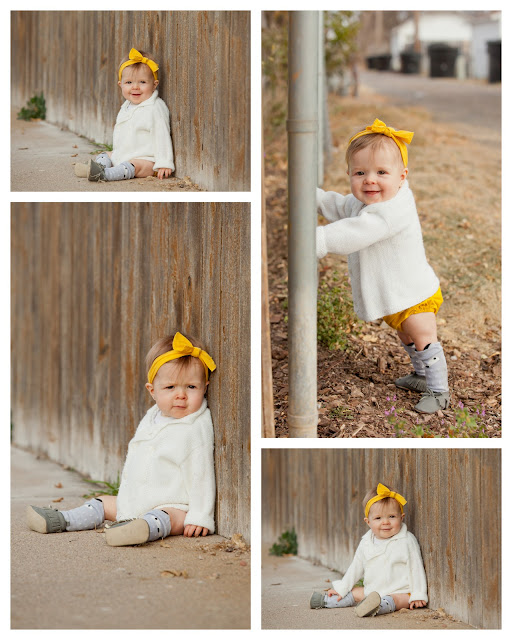 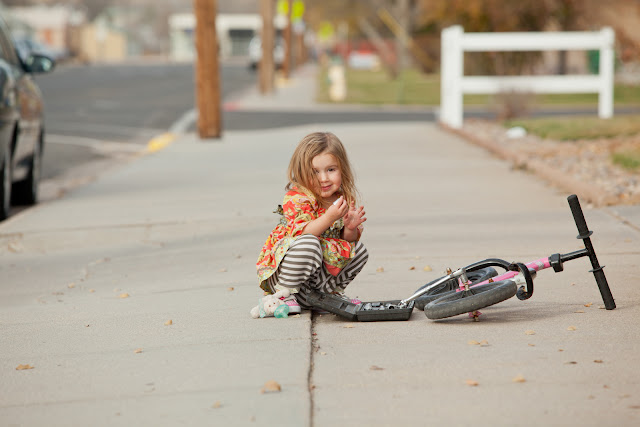 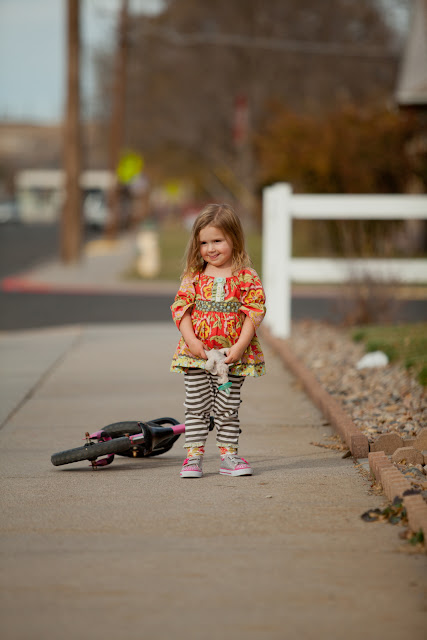 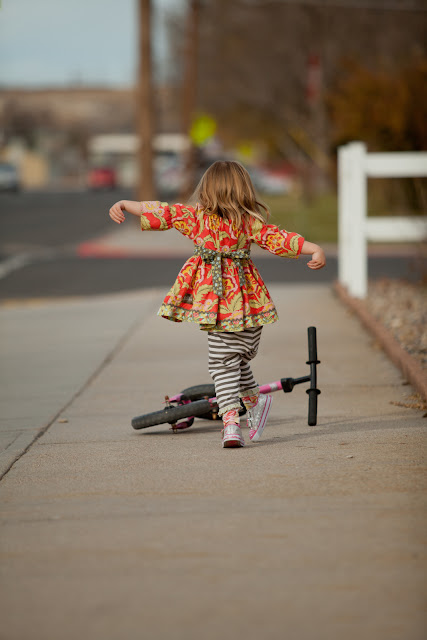 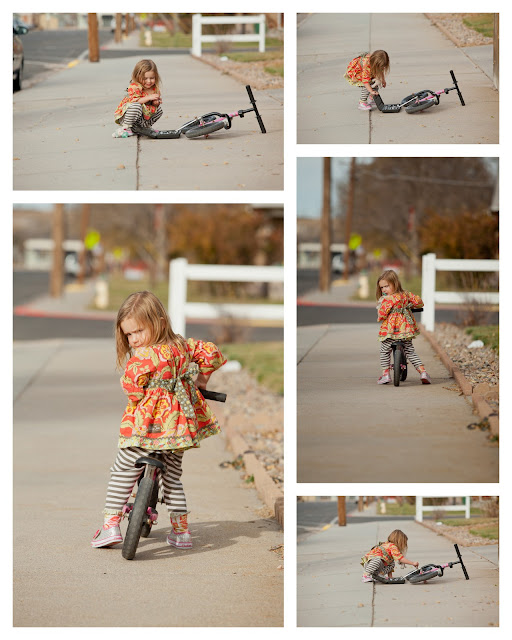 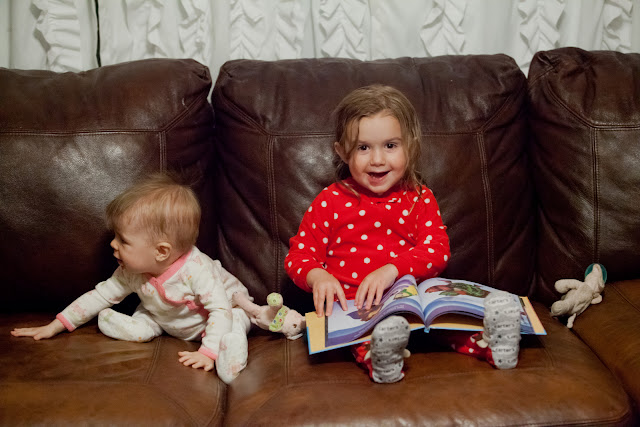 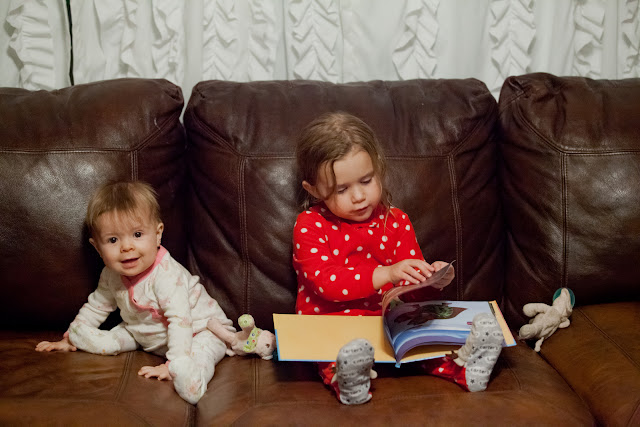 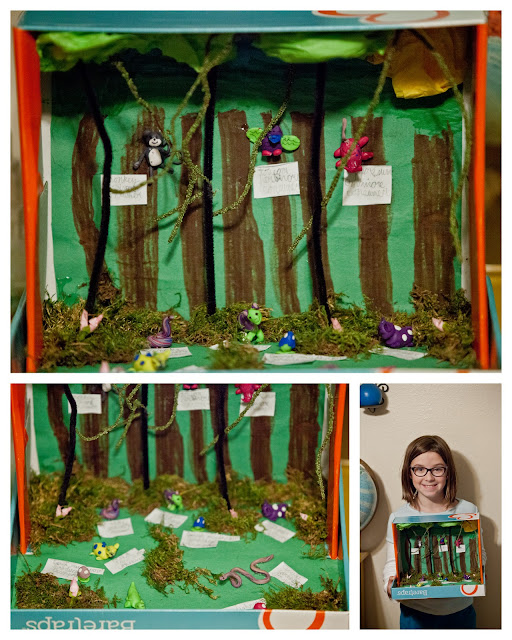 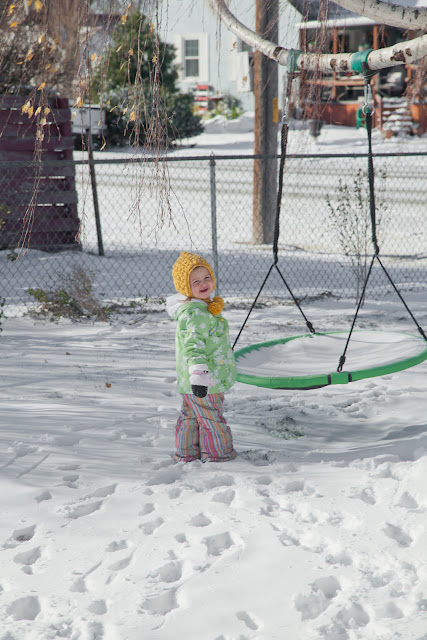 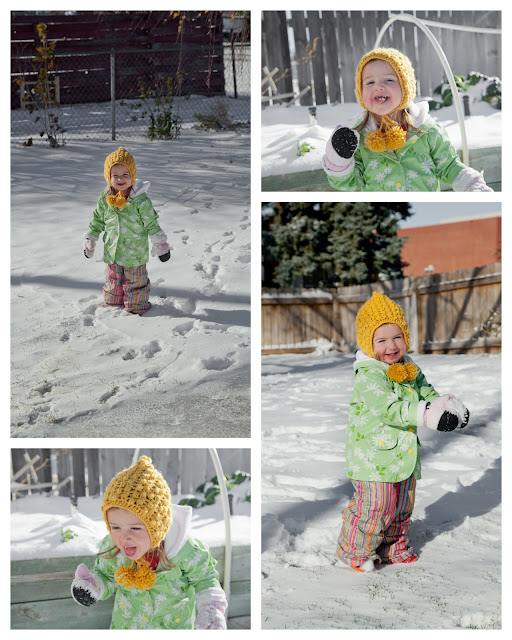 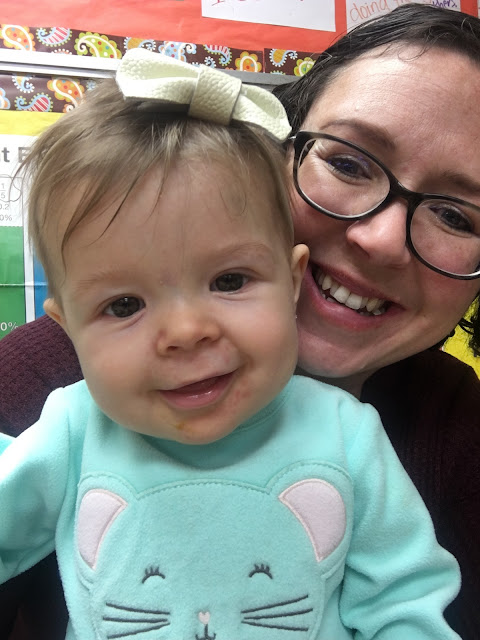 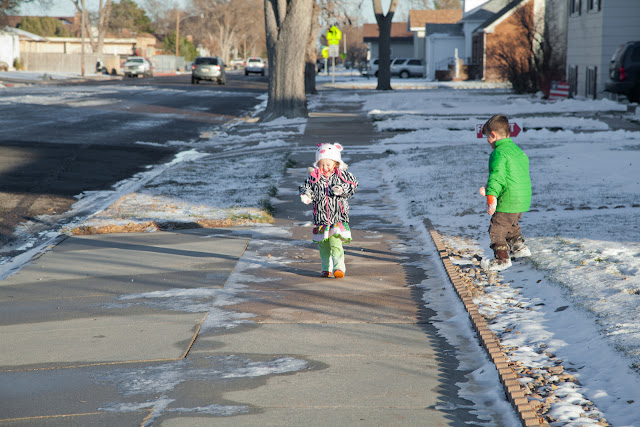 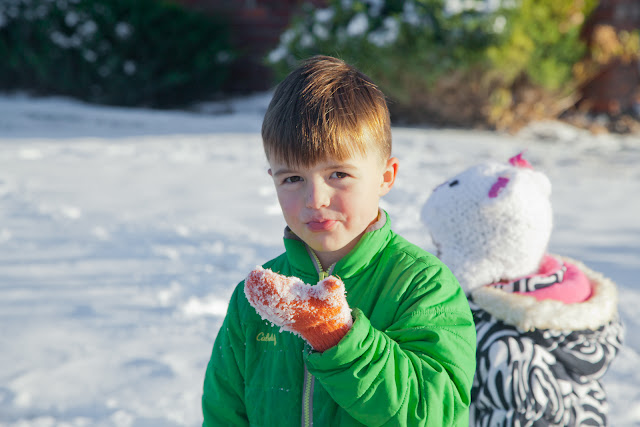 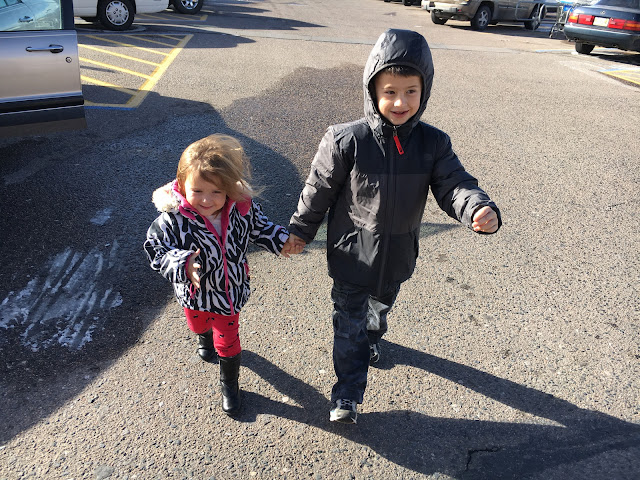 What a good week! We started out the week with the super moon on Monday. It made it's appearance around 5:13 pm here in Sidney. It was HUGE! The kids and I were waiting for Mia while she was in piano lessons. We scooted over to the nearby soccer fields to watch it flit behind the clouds. Later I grabbed my camera and tried to get some cool captures but my longest lens was lacking. Still, we all enjoyed the experience. I even went out the next evening to watch the moon rise because the moon was still deluxe size. Evelyn was quite taken with the gigantic moon, all week she talked about the huge moon! We had a FHE lesson on manners while visiting family and a refresher on personal space and boundaries. Everett can be quite the Klingon, sometimes patting a lady's chest to get her attention. I failed miserably over our FHE treat of Justin's favorite brownies. The brownies were under baked, the marshmallows crispy, and the frosting and ganache too thick. Still over the next couple days the kids pecked at it until it was almost all eaten.

Tuesday Justin celebrated his 41st birthday. He slept in and stayed home from work. I got to take the boys to school that day. As I pulled away from the curb Phillip waved my attention then sent me an air heart, tracing a heart shape in the air and blowing it to me. It was the sweetest, most innocent gesture I've had in a long while. Melted my heart, still does a week later. Justin enjoyed a relaxing day at home. Well, relaxing until he tried to fill up the gas can, the cap went missing each time he tried to fill it up. I went grocery shopping with Evelyn while Josie napped. We snagged a prime rib hunk of meat for Justin to bake for his birthday meal. He rounded out the meal with Caesar salad and au jus. The kids helped me wrap his gifts then spent some time making him cards. Phillip asked me for help making his card to Justin. I nearly lost it as he told me what he wanted spelled out. Just read the card above. Crack me up! I got Justin a Star Wars advent calendar and the new Star Trek movie. We are so blessed to have him lead and guide our family. He is the best.

Everett's teacher told me a silly story about him after school. She noticed he did not come in from recess. The kids told her Everett was on the playground in his underwear. Say what?! Apparently he tripped and scraped his knee. I sent him to school wearing skinny jeans. He could not pull up his pant leg to inspect the damage. So he did the next best thing, pulled the pants down to see his knee. He had an audience waiting to also inspect the injured knee when Mrs Bouy found him. I am not sure our FHE lesson on private parts made an impression. However, later that evening the boys bathed with a large container lid to segregate the bathtub so their privates would stay private. Not sure what they gleaned from our lesson. Evelyn laughed at herself when she blew a huge "nooger" from her nose.

I scored a balance bike for Evelyn from a gal in town for $10! Yasss! Evelyn enjoyed riding it a little. More than riding it she loved fixing it with the tools I used to adjust the seat height. She was completely focused on fixing the bike for a good 30 minutes. My long lens was still on my camera, Josie had a cute outfit on, and the light was marvelous. Bam! I played with my camera. Man, I love doing that. The weather was quite balmy on Wednesday at a perfect 70 degrees. Amelia had a friend over after school. The girls made tiny jungle animals out of sculpey clay for a science project Amelia was working on.

So drifted horizontally from the sky on Thursday, it was a freezing 30 degrees outside. That is quite the temperature drop. The girls and I huddled inside most of the day with stew slowly cooking in the crock pot and a huge pile of clothes to sort into keep, consign, or donate. I volunteered for an hour at Amelia's school. I helped a couple kids work on their science projects. The kids studied ecosystems and were tasked to make a diorama and poster of the ecosystem and an example of a food chain. Josie came with me, she was a stinker and would not nap in time for me to leave her. I had a lady in our ward come over to play with Evelyn while I helped out. That night Amelia and I worked steadily on her project. It was due Monday but we are leaving for Utah that day so we had to have it done by Friday. I love watching Amelia come alive over fun project like this! Her imagination soars.

The next couple days were pretty darn cold, once the storm passed the sky cleared up and the temps dropped even more. Evelyn and I played in the snow while Josie napped in the morning. We made snow angels, scooped up snowballs (she called them eyeballs), and made foot prints. I ended up developing a double ear infection as a result of a long-term sinus infection. I was dizzy and grumpy all day. Jen unexpectedly came over for an hour or so to spend time with the kids. It came at a brilliant moment. Justin had just chewed out the kids for not listening and ignoring him. He can yell louder than a drill Sergeant if he wants. The kids were half-crying as we worked on evening chores. It was awesome. He started helping with evening dishes and kitchen clean up, we are 3 days into this new adventure. I must say, I love it! With the extra time I was able to wipe off walls and scrape junk up off the floors instead of just staying abreast of the work. I am so grateful for his help with organizing the ruffians and making them work. Justin and I snuck out once Jen took the reins over. We did some shopping at Cabela's for duffel bags, winter coats for the boys, and a pair of boots for Everett. Justin goaded me into trying on winter boots for myself. I tried on a pair that felt like wearing clouds on my feet. Sheesh, spoiled rotten! I adore my new boots.

Saturday I worked on laundry for the second time in a week in preparation for packing up for Utah. The kids remembered the marble run this week. Instead of making marble runs the boys made several guns over the expanse of a few days. They were highly entertained as they made and remade the pieces into cooler and radder weapons of war. I sent myself to the walk-in clinic for another dose of antibiotics for my ears and sinuses. I feel much better even a day later. After the kids went to bed I went to see Fantastic Beasts, a Harry Potter spin-off story. It was pretty fantastic. No pun intended.