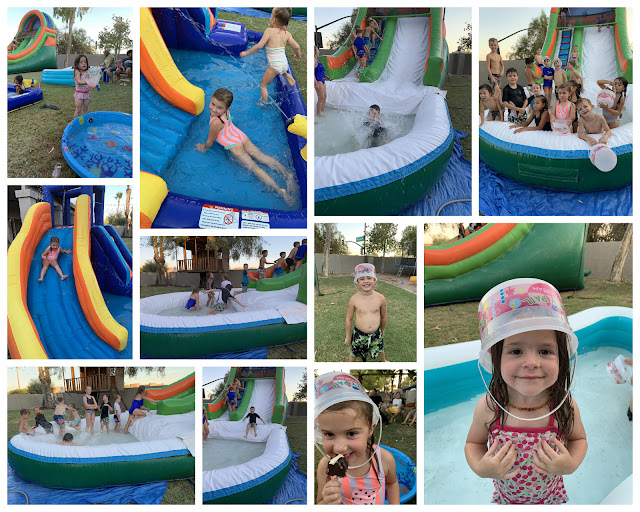 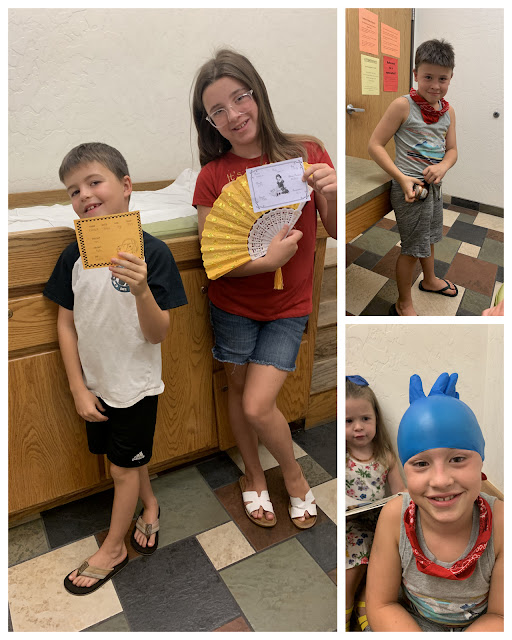 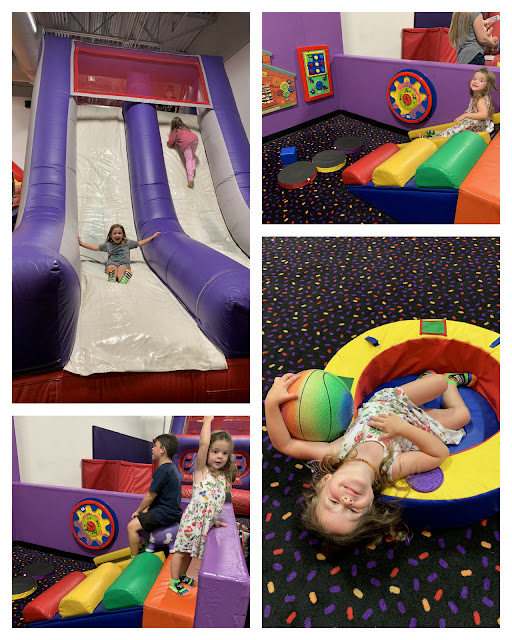 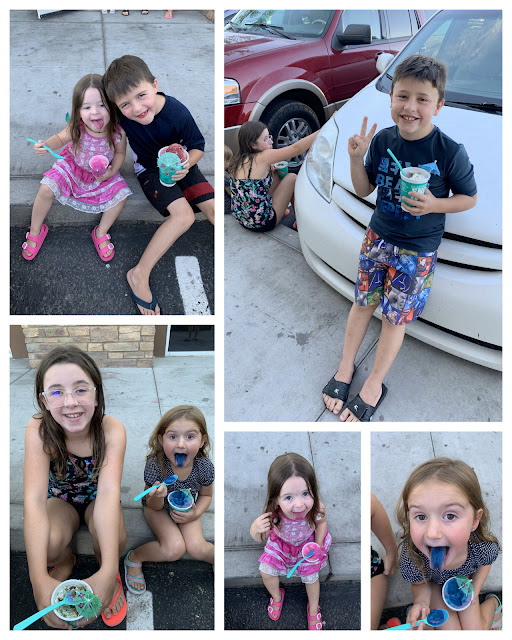 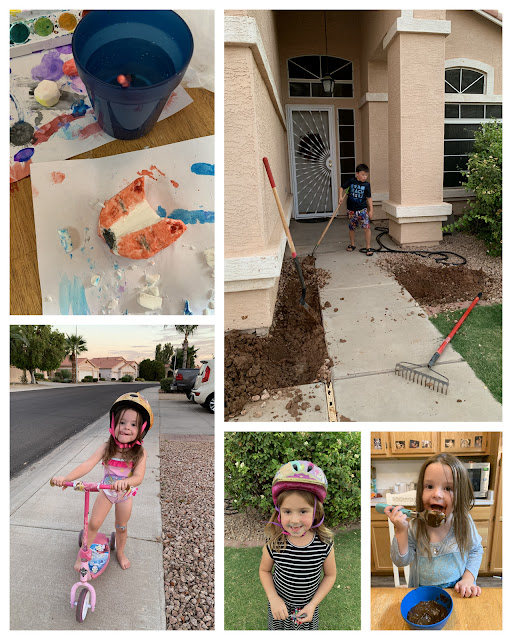 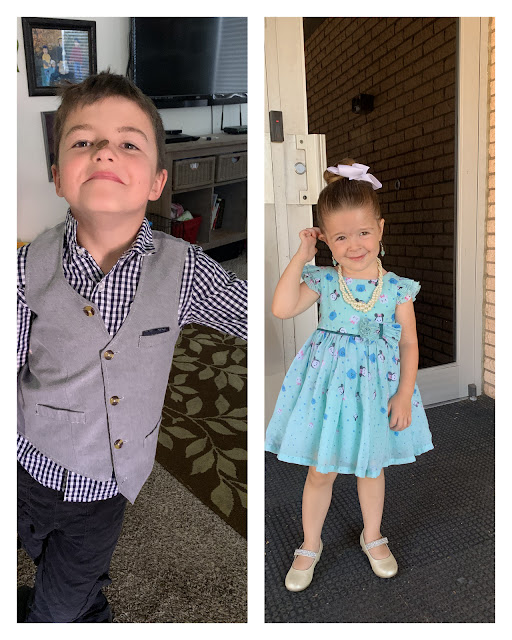 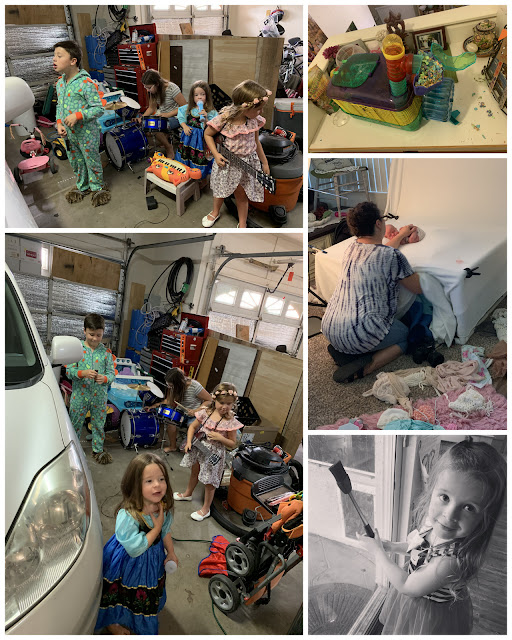 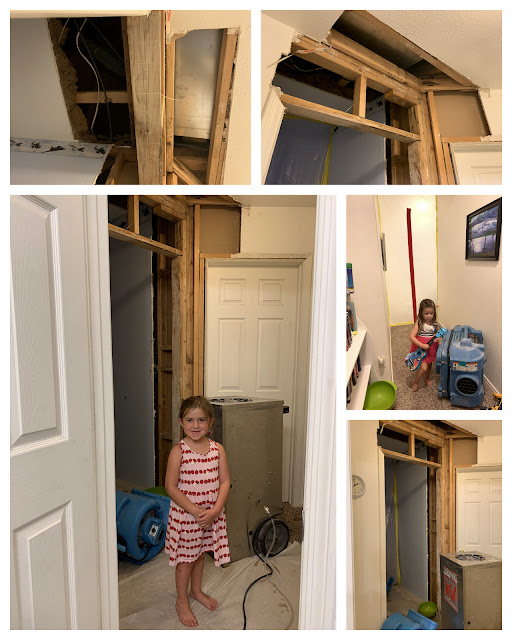 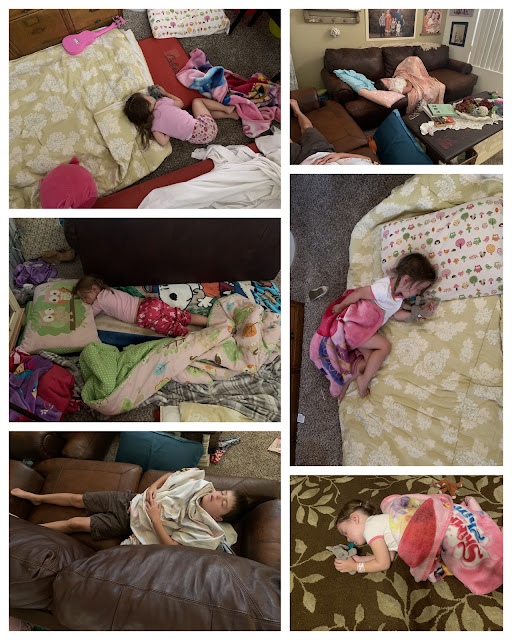 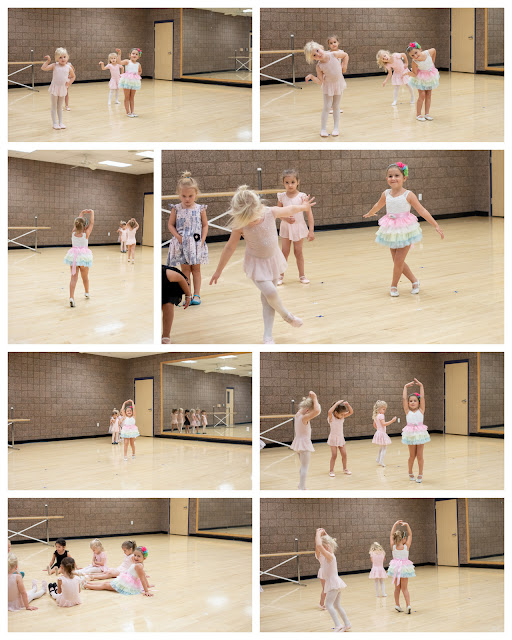 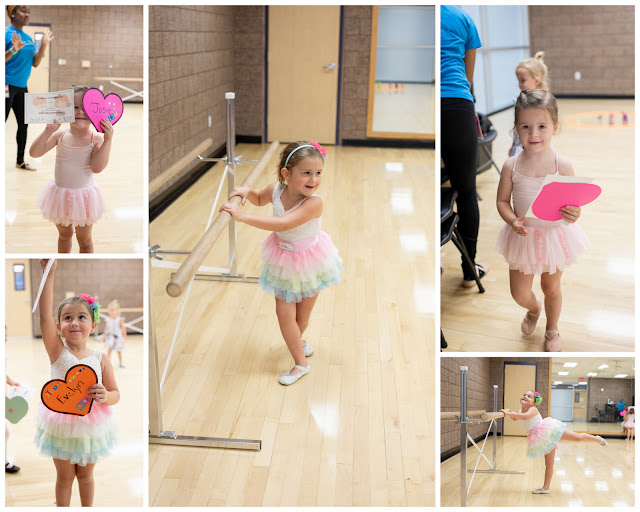 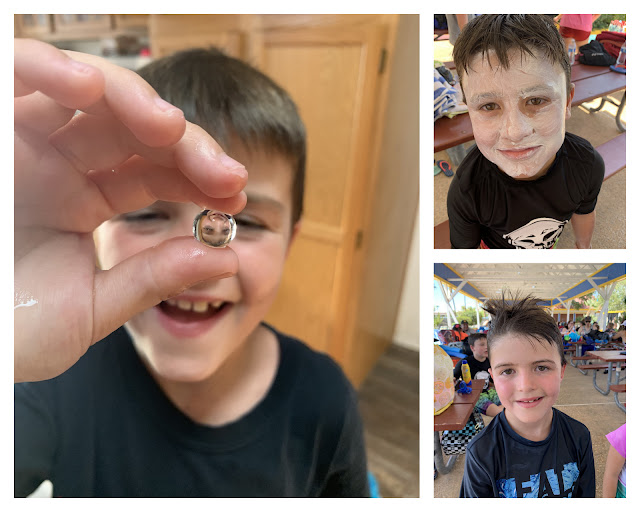 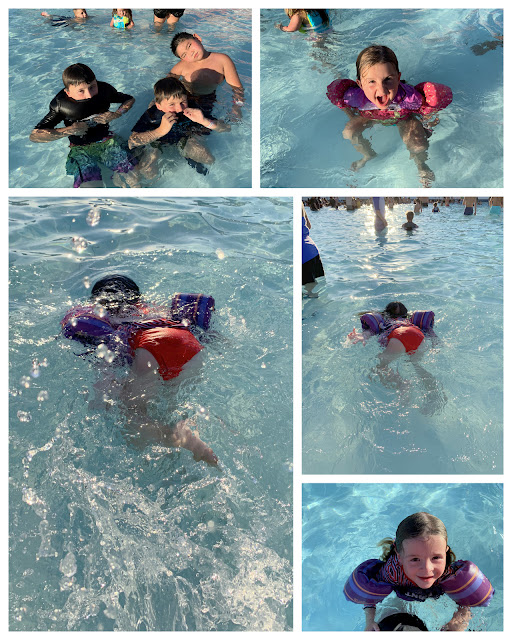 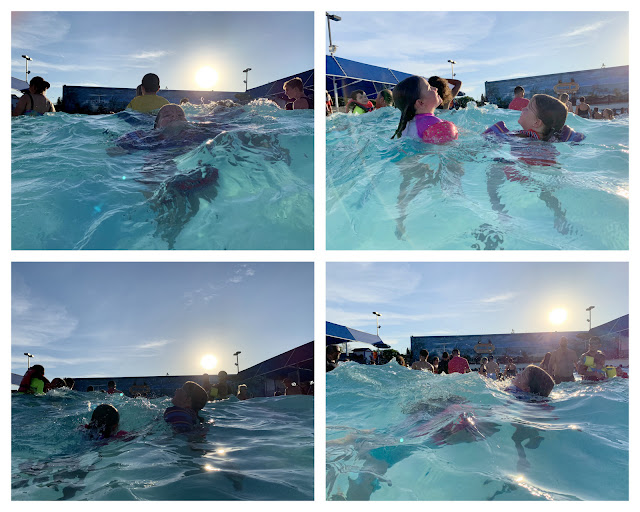 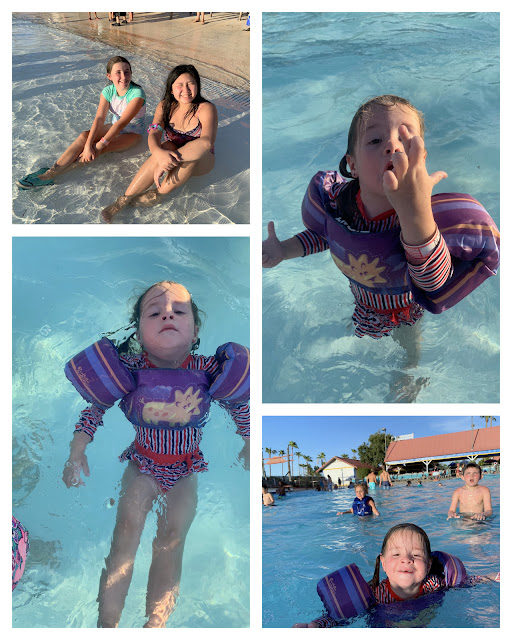 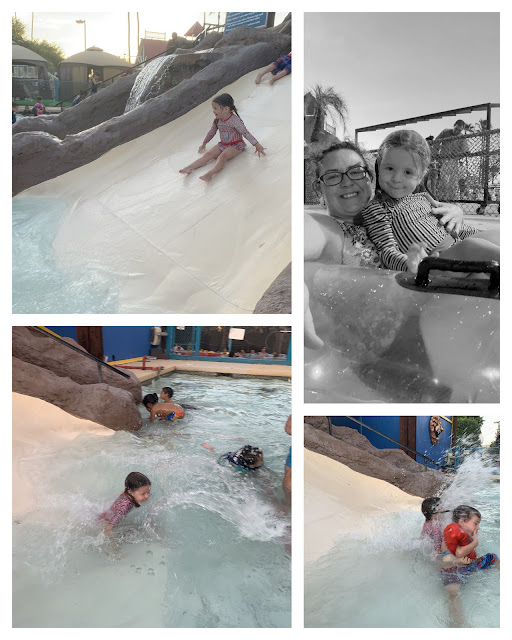 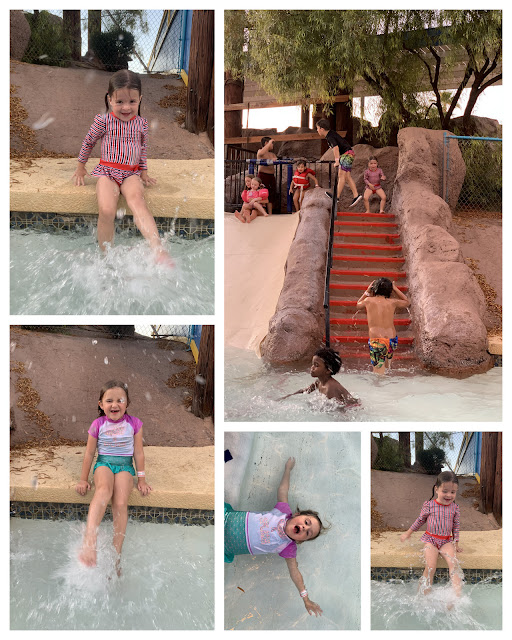 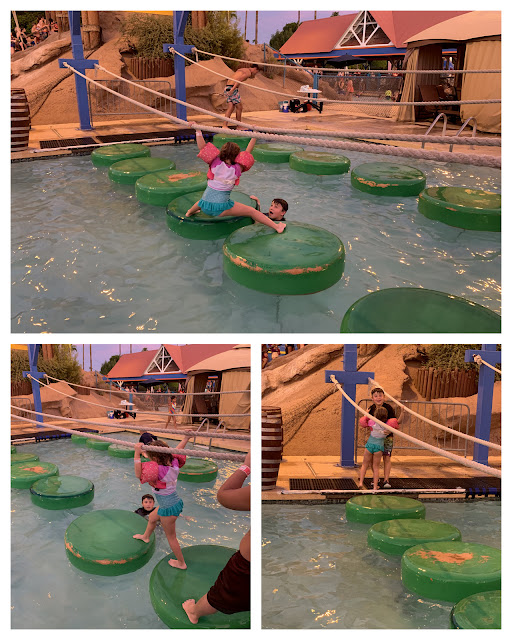 It seems like coming home from a long trip takes about the same length of the trip to recuperate. Thus, last week's post is pancaked into this week's. I've had on my mind for quite some time that I need to quit drinking diet coke (for the upteeth time, this time for good). I know it is bad for me and I can can't seem to just drink one can, I guzzle the stuff down. I'm unhappy to say that a couple weeks ago my normal daily intake was about 88 oz per day. I drank the equal amount of water but somehow that did not seem right either. I am tired, like bone tired each and every day. My body is fat, my energy hovering around the zero mark. To accomplish all that I need to each day diet coke was my energy crutch. I loved it and hated it at the same time. Come Monday, the day after we got home from Utah, I quit cold turkey. Last week was absolute misery. I could not keep my eyeballs open for 4 days, add in a raging migraine and phew, not a happy camper. Tuesday I came home from running the girls to a playdate, laid on the couch to close my eyes and slept for 3 hours solid. Now almost two weeks later I feel the same tired as before Diet Coke, but better than last week. I went in for some lab work and appears I should be a chipper normal, healthy person. My TSH levels are (.01) back in May they were .113; T3 is 28; T4 is 1.22. Sounds like gobbledygook. I was supposed to get another mammogram but drove around for an hour trying to find the place. Each time I put the address in google maps a different location showed up. Half my problem was I just wrote down the address and not the company name, so I could not call for directions. By the time I figured it all out my appointment time was over. I felt quite frustrated over that ordeal.

Highlights of last week: the kids carved Ivory soap for our Make-It Monday. Evelyn figured out water colors work quite well to stain the soap! Amelia carved the cutest little fox. Everett was the catalyst for the carving project. He gave up after realizing it is not easy to carve, not easy to whip out a perfect creation without practice.

Tuesday the younger 4 kids enjoyed a lovely evening at Pack Meeting. The Payne's hosted a water slide event in their back yard. The boys had a rip roaring time! Josie was not keen on the water for some reason, instead content to play with the other toys outside. Evelyn was making dare devil moves down the smaller slide. We ended the evening with yummy ice cream treats.

Thursday Amelia and Everett finally had their well-child visits, I missed the last one. Amelia weighed in at 110 lbs (76.7%) and 58.5 in (28.4%). Everett weighed 59 lbs (57%) and 50.25 in (42.5%). Growing like weeds! Phillip kept us entertained with a medical glove. He somehow shoved a mini can of soda in his pocket, that made us all laugh. That same day we went to BounceU for a couple hours of fun. Right away Josie crashed into a bench and earned a nasty bruise on her cheek. That put a damper on her experience. The kids had a fun game going where one of the bounce houses was a jail.

We went to a fancy pool on Friday. I called ahead and checked the website since the closing time was different. The lady said the pool closes at 8, after making the 30 minute drive down we paid entrance only to learn the pool was closing in an hour. Well, I'm glad we got an hour to swim. Everett was quite upset with me that I did not search him out, he couldn't find me to show off a new diving board trick. Josie can swim with her head fully submerged, she's quite the little fish. We have to be careful to keep the ladder out of the pool, she came close to getting in by herself this week. We got some delicious snow cones from Bahama Bucks. Phillip and Justin worked in the hot evening and morning on the sprinkler system. The game of whack-a-mole lives on.

Everett continues to dress himself, amazing us all with how he can get his clothes on so oddly. Josie looked adorable with a ballet bun and dangle earrings. We finally had a regular Temple Table lesson after several weeks off. Amelia had a tantrum (yes, Amelia), when I asked her to get actual scriptures. We were looking at the Bible Maps for our lesson. She about lost it, the parents almost lost it too. Sunday night the same spot of carpet was wet again. We dried out that spot for days. I noticed a damp spot on the carpet last week near the boy's room. It was always wet right where the boys hung their wet towels after bathing (they tend to hang towels on the ground). Sunday it became quite apparent that no amount of wet towels could provide the amount of water on the carpet. The next day the walls connecting the boy's and Amelia's rooms was showing signs of water seepage from the ceiling. We made a plumbing call on Sunday night since the leak was not apparent.

Tuesday the plumber confirmed that the leak was from the air conditioning condenser in the attic. The space is so limited that the installers had cut the pan to 3/4's of what the depth is supposed to be. The issue could be junk in the pea trap pipe, the pipes clogged, or a much worse issue like the coil. The house insurance folks sent over a restoration company (ATI) to assess and take care of the house damage. We had two guys tearing out drywall, carpet, etc until after 11 pm that night. They left with plastic securing the damaged area, a HEPA filer running, and three large fans drying out the walls. The kids did not have access to their rooms for a couple of days. That same night CrunchWrap escaped from his cage. I hired a babysitter to watch the kids while I took Amelia to new student orientation. I was told my presence was required for 3 hours, which was not the case. There was no information on the website. Instead I took myself to Goodwill for a kid-free shopping trip. Stella and the kids untaped Crunch's habitat area to put him in his ball. Later that day he popped off the lid and escaped into the mouth of Hades (aka the damaged area). I'm sure the poor guy is mummified somewhere in the upstairs. The temperatures were well over 105 up there, especially with the attic heat coming in. Phillip was quite distraught to find his pet missing. Now he is convinced I'm getting him a Chinchilla. Phillip has such a tender heart, he cried for quite some time. I hope we don't find Crunchy in his room.

We toted all our bedding downstairs for a long term stay on the floor until the air conditioning is resolved. We learned last year that process takes a long, long time. I was stressing big time because I planned on setting up the living room that evening for two newborns sessions I had scheduled for Wednesday. The first session coming at 10 am, but I had the little girls for ballet from 9-9:50 so that hour of prep was not available. Somehow I got all the stuff set up before 10, the living room was a mess of bedding and newborn stuff. Both babies were very sleepy so that helped so much. Right after the first session I ran to the Dr office for an appointment. Just checking the most recent blood work I had, showed TSH is 3.61, T4 1 and T3 2.7, more normal for a normal person. I think this time I showed quite anemic and testosterone levels quite high. I raced home to set up for the next newborn, a girl this time. She was quite tiny and very flexible, so much fun to squish her into cute poses. Papa John's made us some dinner that night. We ate our dinner at the church. The YW asked me to take glamour shots of the Beehives and Laurels! That was quite fun. I was worn out at the end of that long day. In the middle of all those sessions I had house insurance adjusters and HVAC guys working on the upstairs. The HVAC guy said the main coil is shot, the unit was improperly installed due to the limited space, and the drip pans were a 1/4 of the required size. Stupid.

Thursday ATI came and removed the plastic barriers and tape around the damaged area, the walls and floor were finally dry. It was nice to have access to the kid rooms again. We met Chloe at GCA around 9 am for Spartan Day, we picked up Mia's schedule, bought more uniforms, and paid lots of fees. The rest of our day was quite boring. I had to stay at home for numerous house visits by adjusters, workers, and such.

Saturday we went to Sunsplash for the afternoon. Ronald and Chloe came along for the day. The park does not open until 11, we were on schedule to get there around that time. We stopped at Walmart for water shoes so the kids could ride the water slides. Course they were out. We parked at then realized that Josie had no shoes either. Grrrr. So we had some lunch while I got her some shoes, found the boys water shoes as well so that was a win. The rest of our day was a fun blur of lots of water. Josie loved the wave pool, mostly because the water was quite shallow for her mermaid moves. Amelia and Chloe mostly stayed away from us only coming around for more sunscreen, food, and water. Justin and the boys loved riding all the fun slides. I finally got a turn to ride some slides while Justin stayed with Josie. Evelyn and I rode the slides 8-10 times then went around the lazy river. Once again the water was lukewarm except for one water feature that showered you with nice cool water. Josie and Evelyn loved the slides in the toddler area. Josie was done around 4:30 pm. She revived after a snuggle and food. We made it until after 8 pm! Right around 6 the park was flooded with tons of people. We had to wait in line for the wave pool due to the number of people. Lots of strange folks showed us as well, tickets went half price so the attraction was strong. I am proud nobody got a sunburn, I was especially glad since Evelyn applied sun lotion to my back. Phillip was a great big brother to Evelyn, he jumped into the pool and helped her cross the lily pad feature. Melted my heart. We were tuckered out!