Sharing Thanks in Rapid City 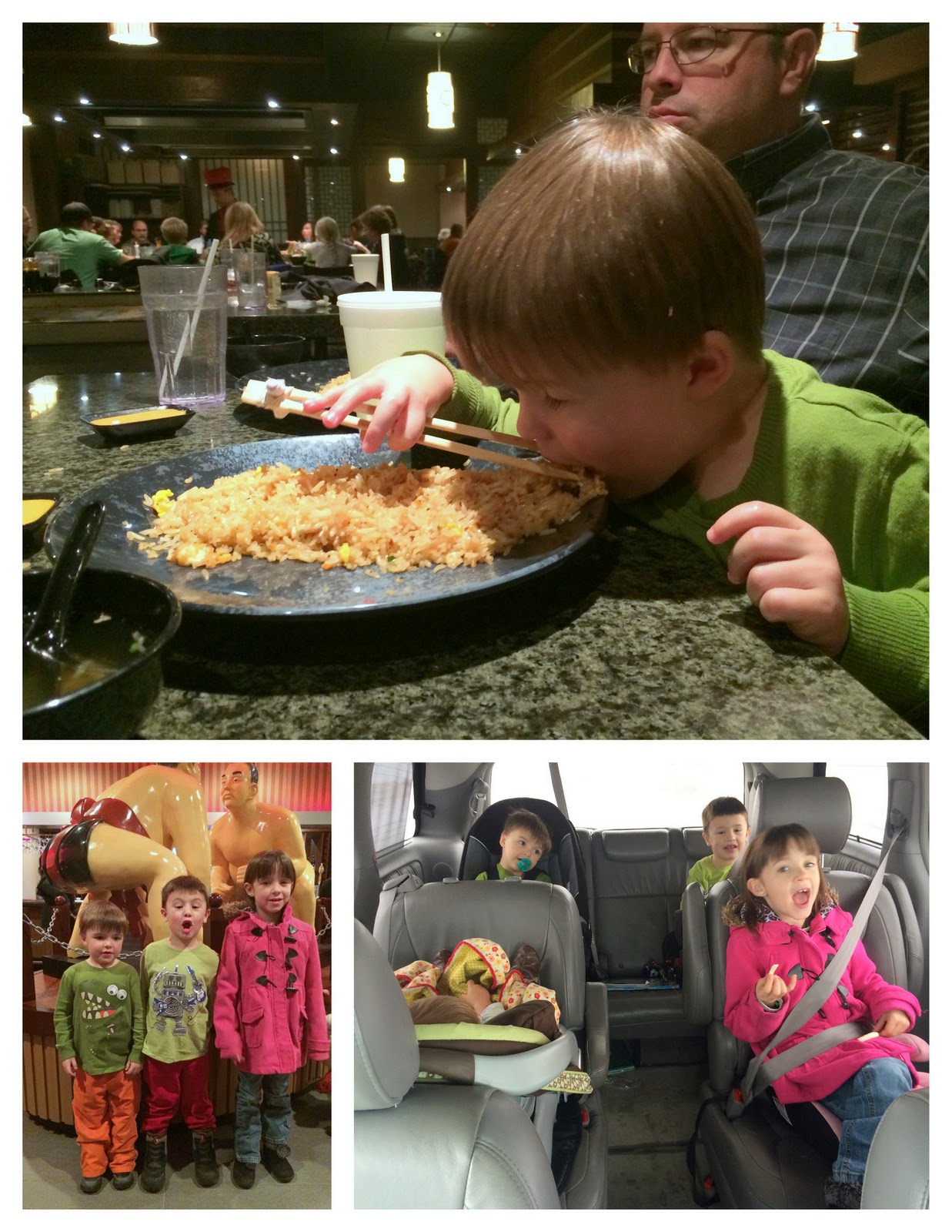 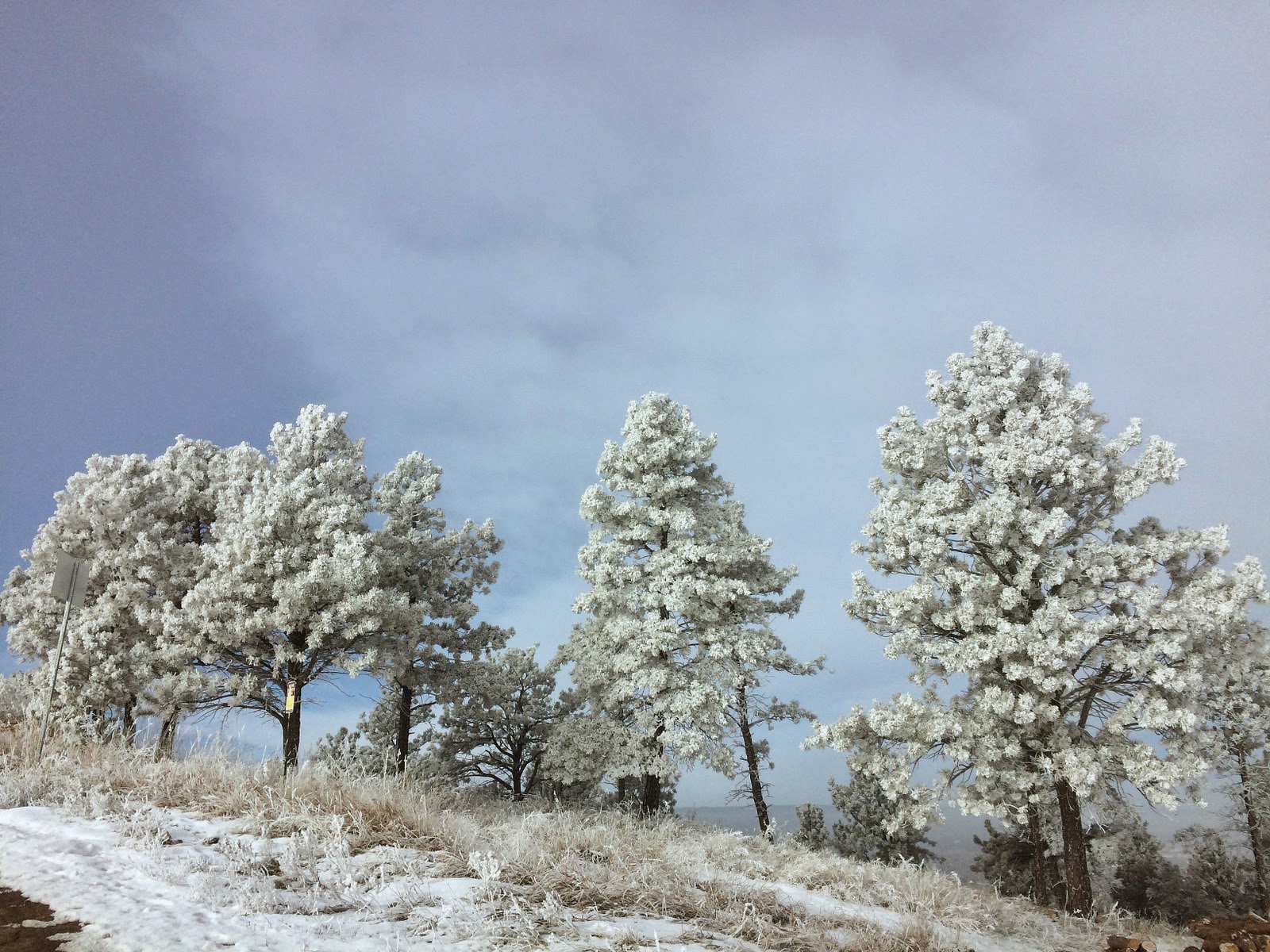 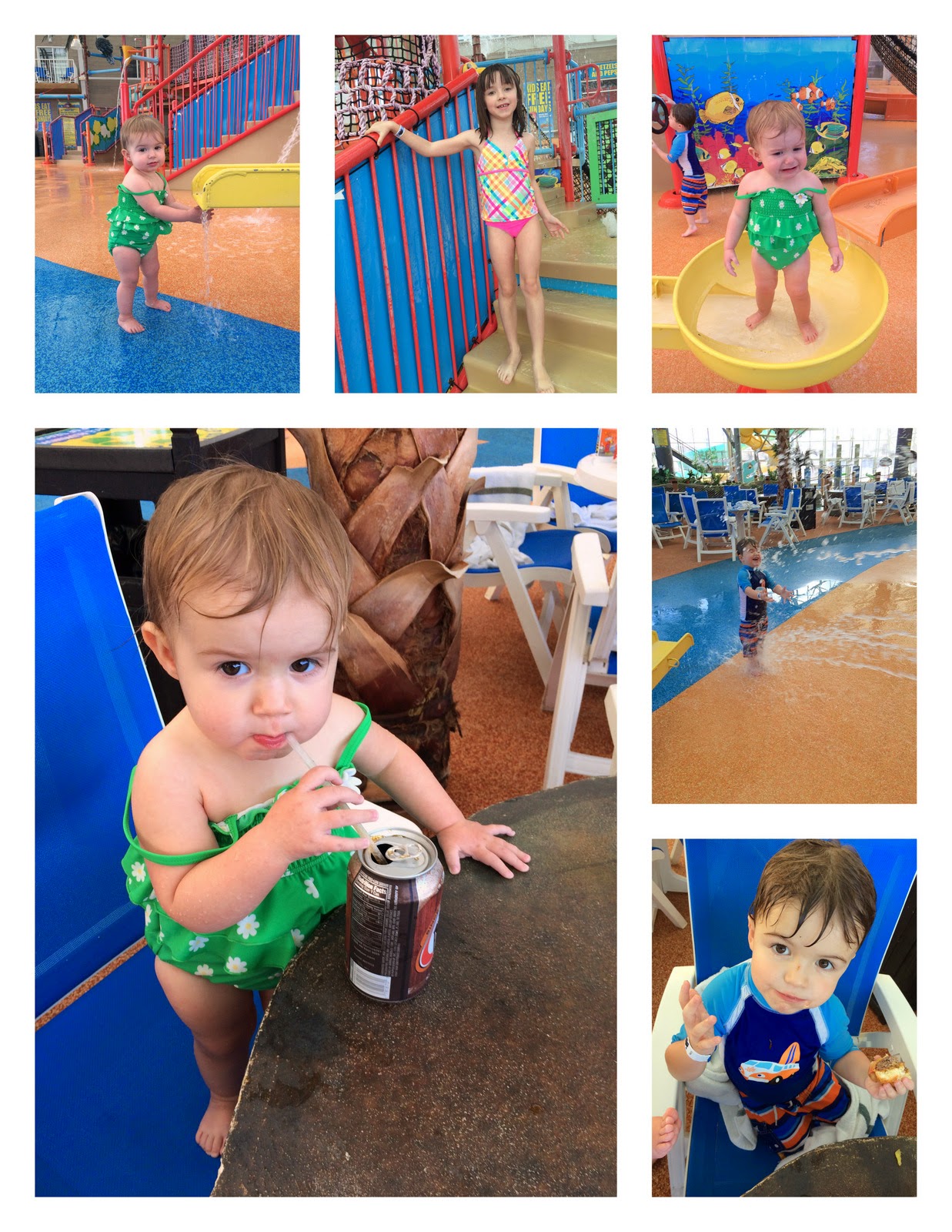 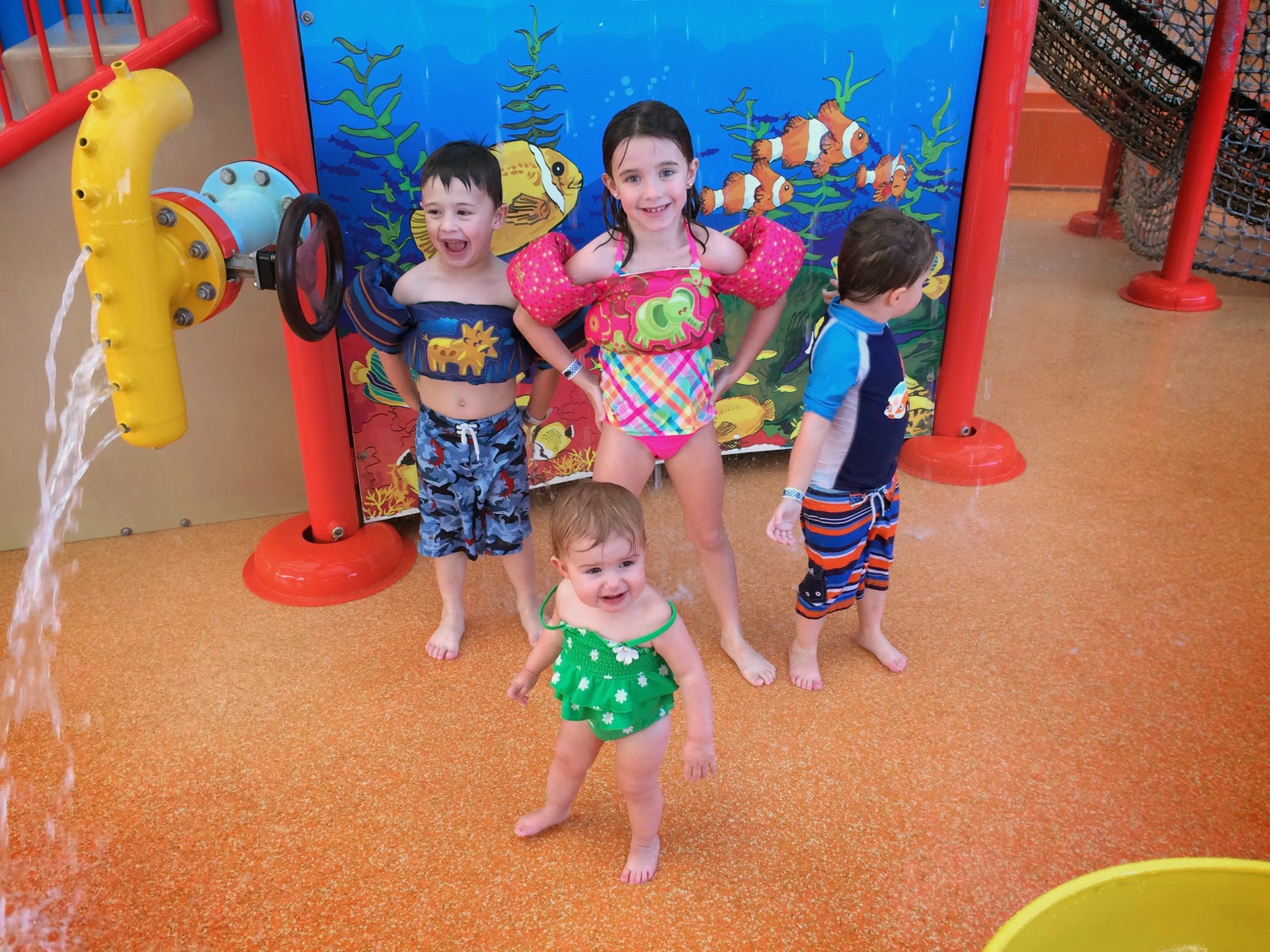 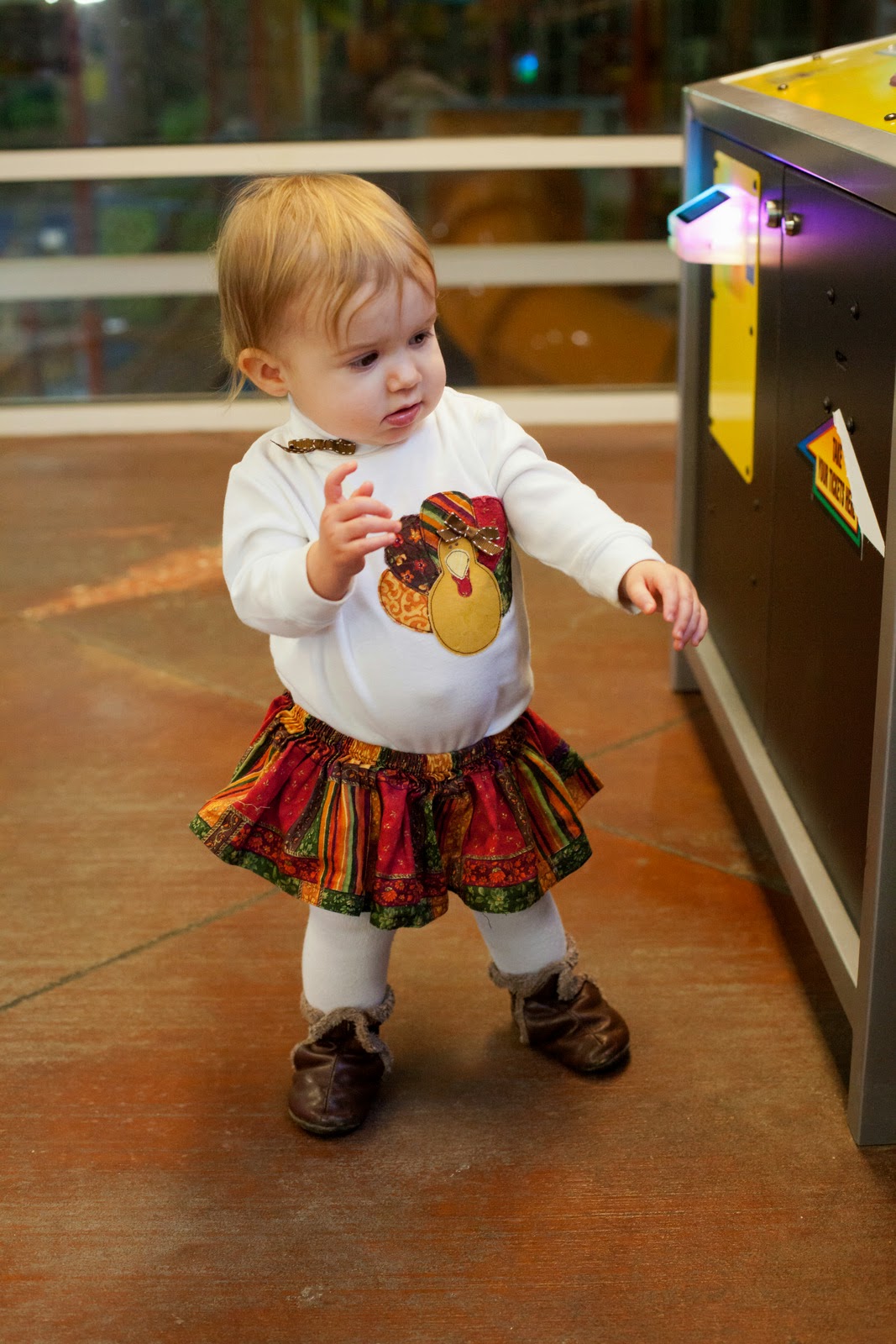 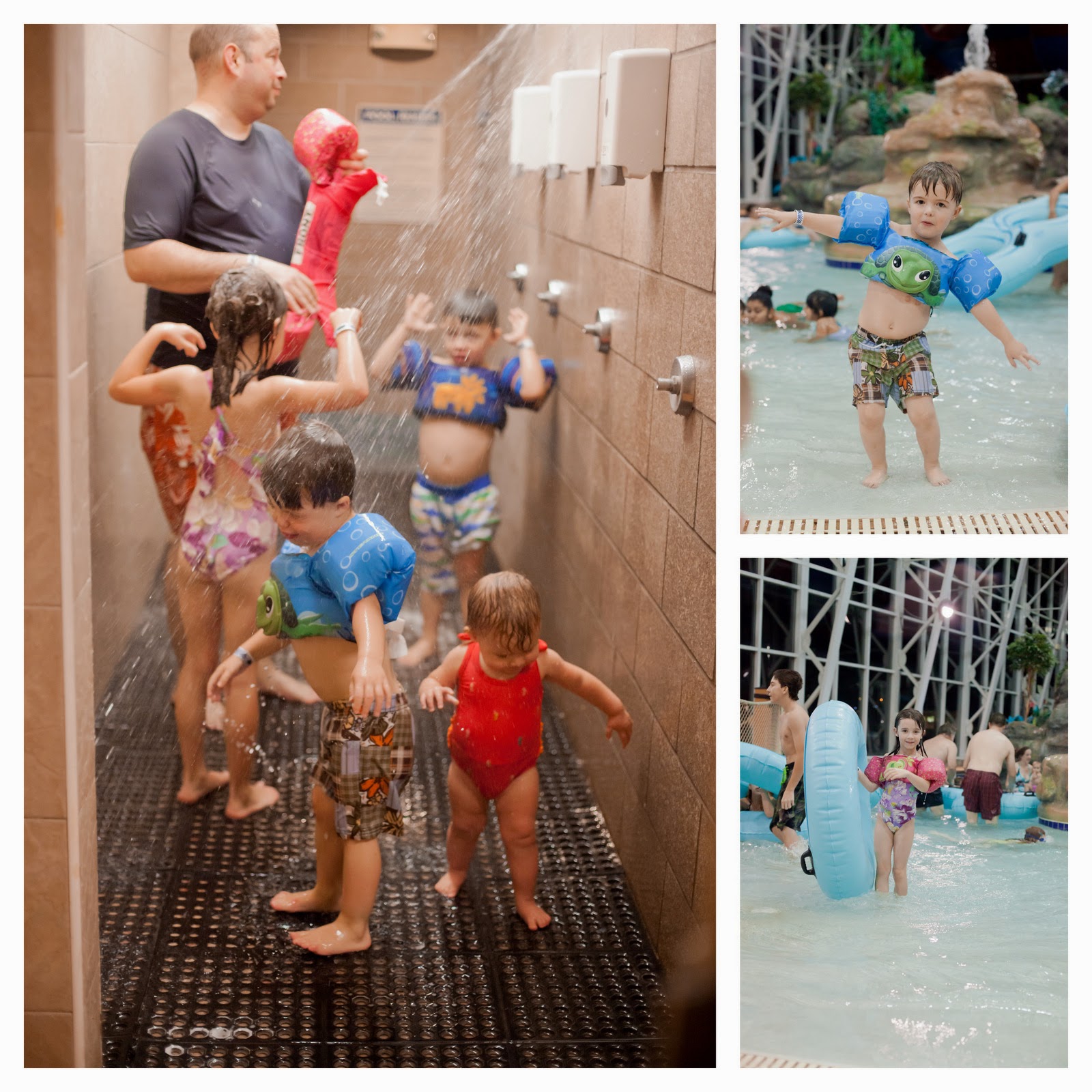 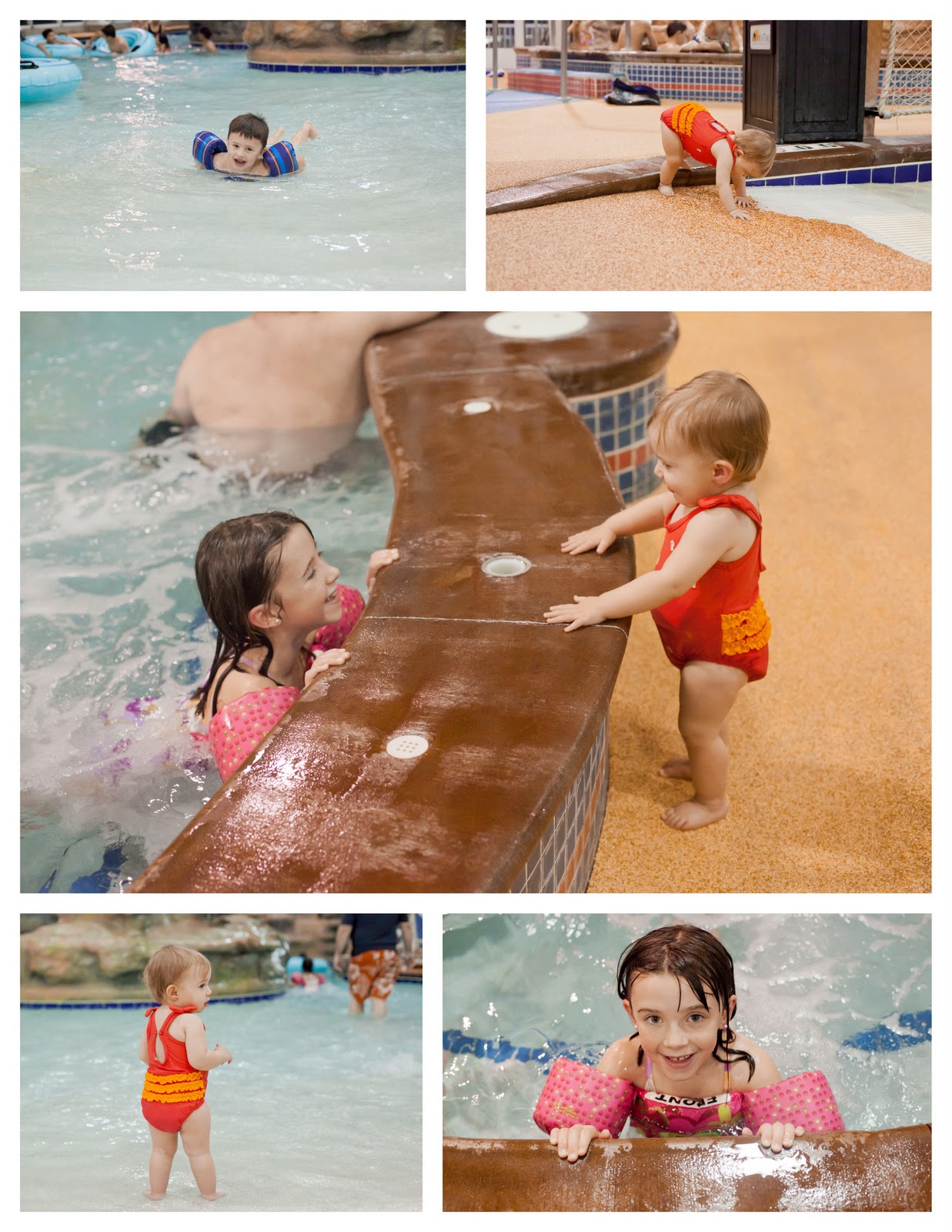 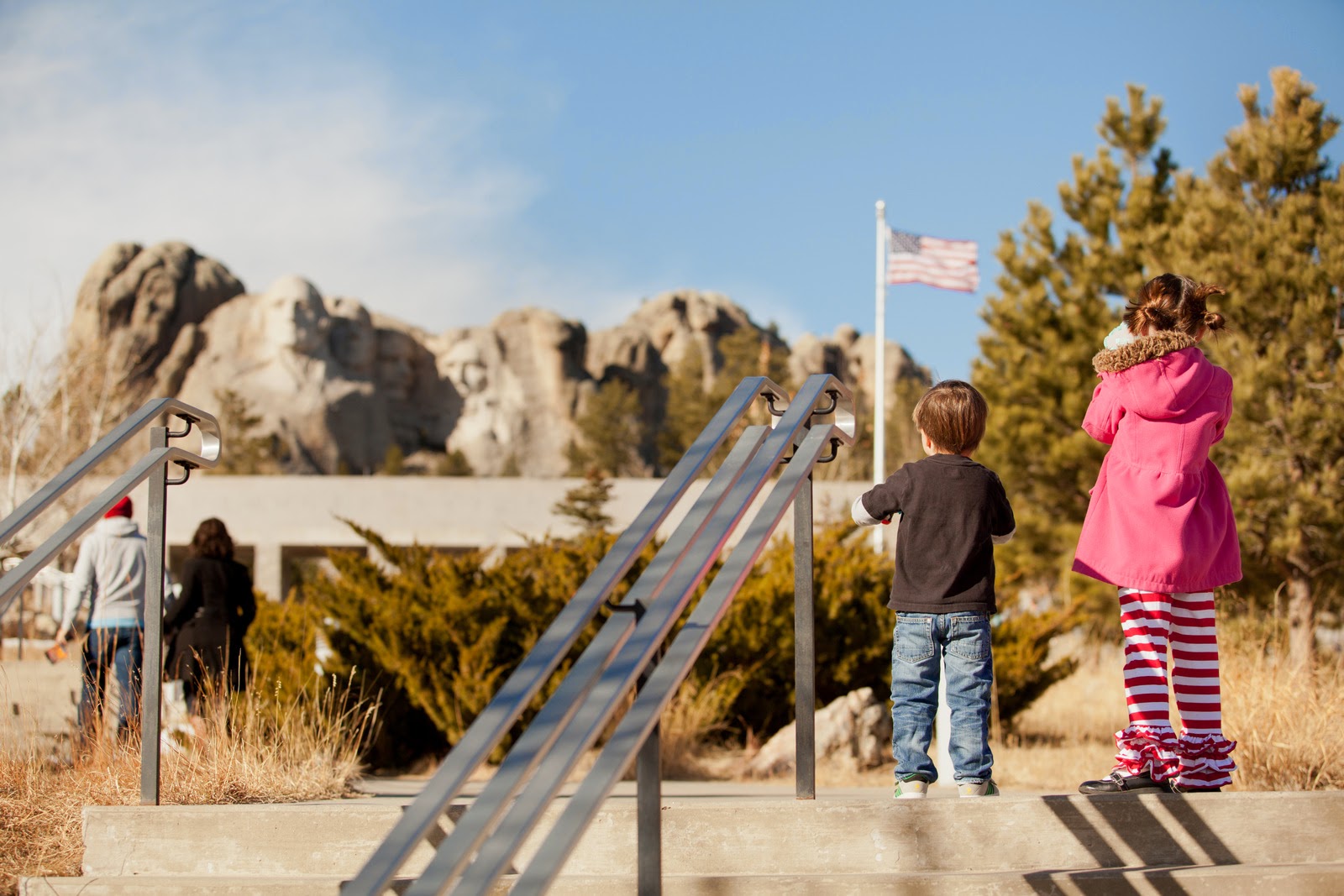 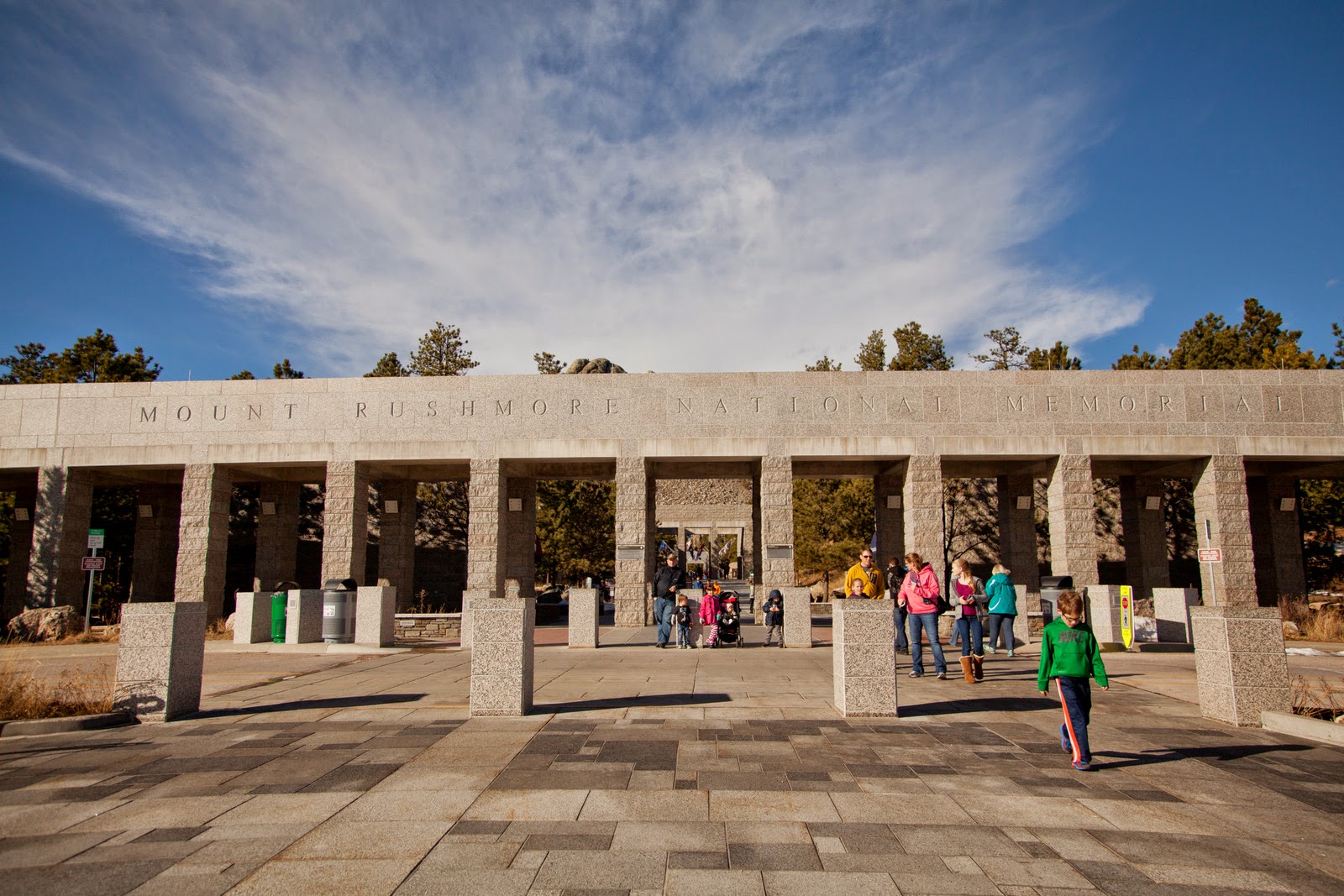 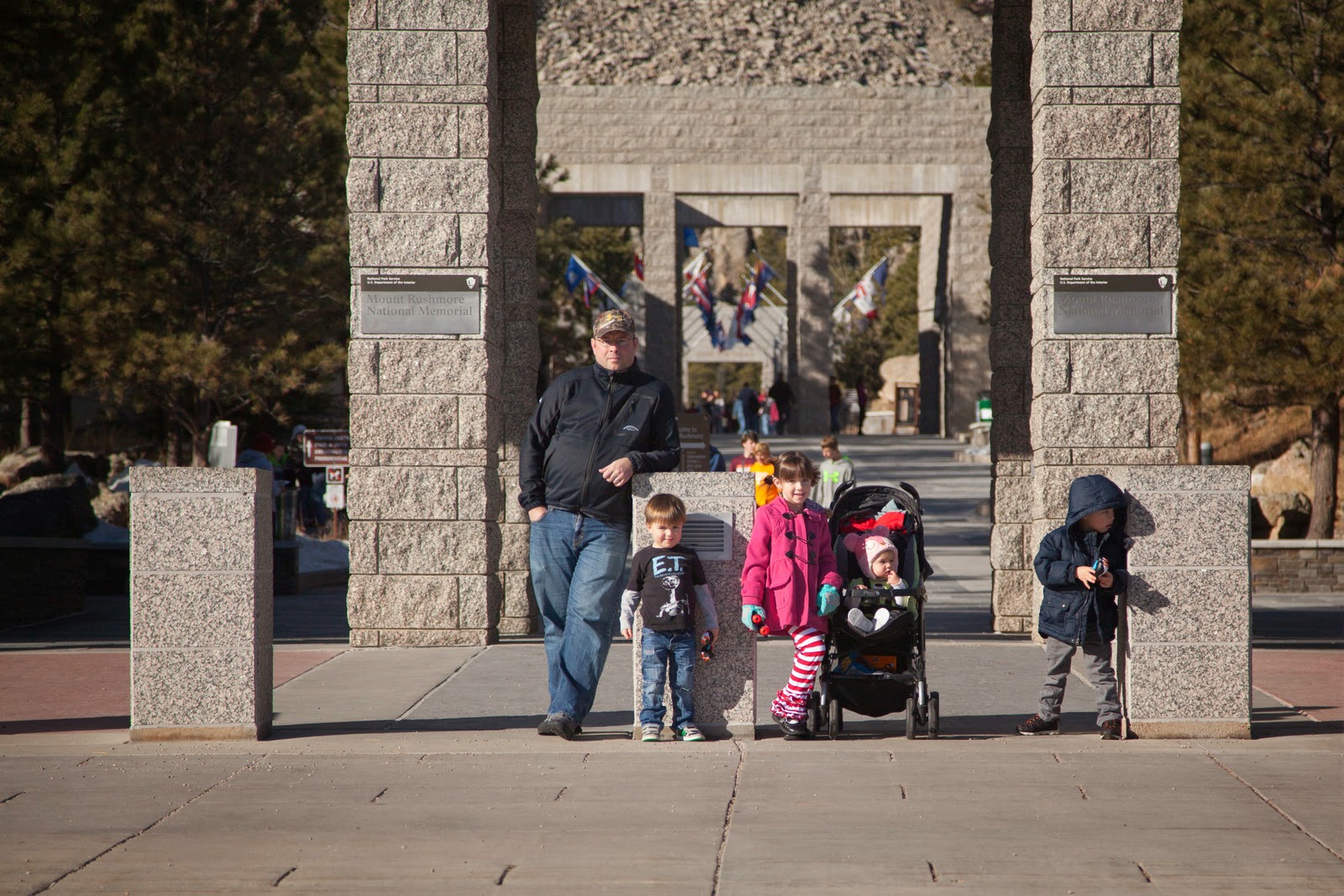 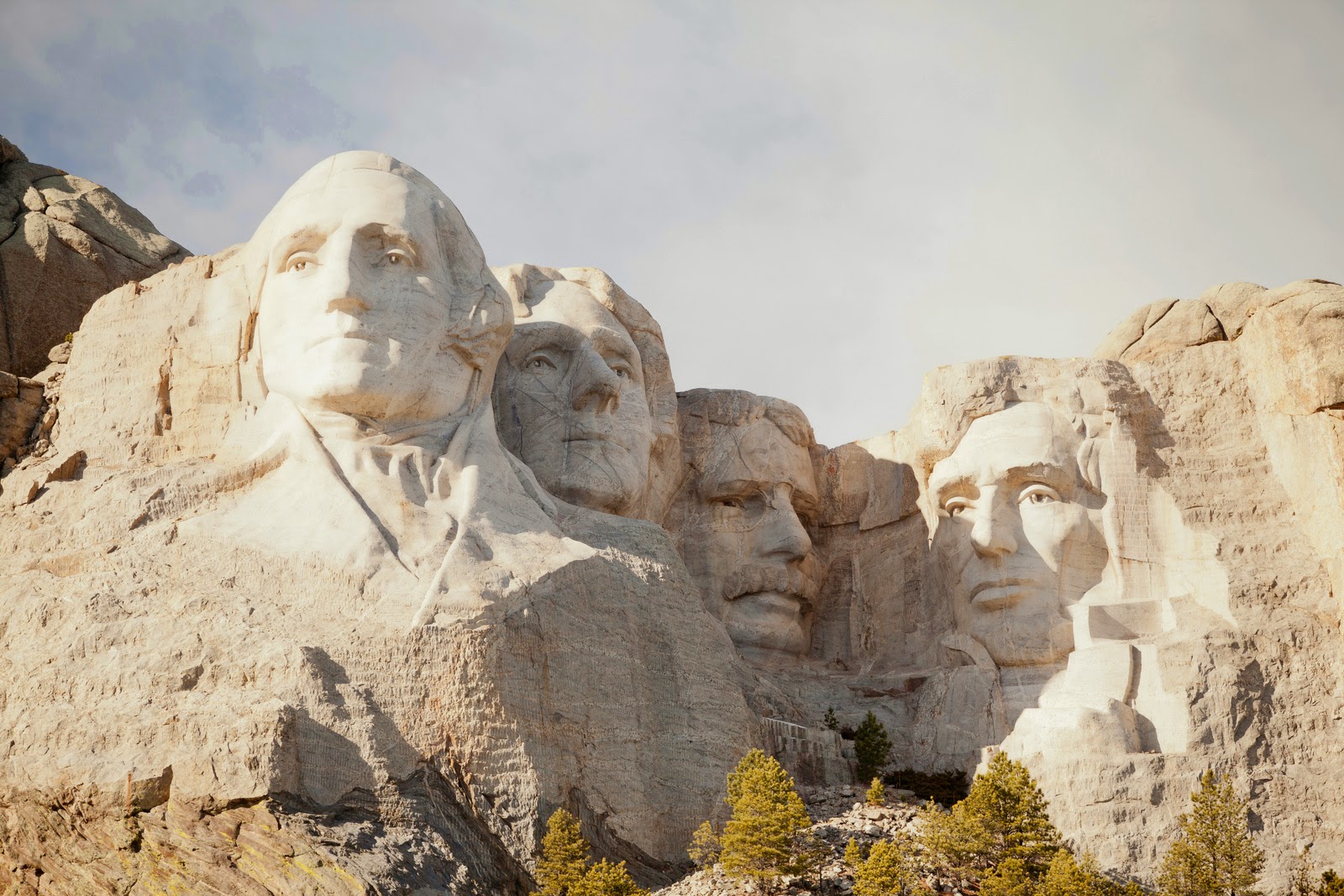 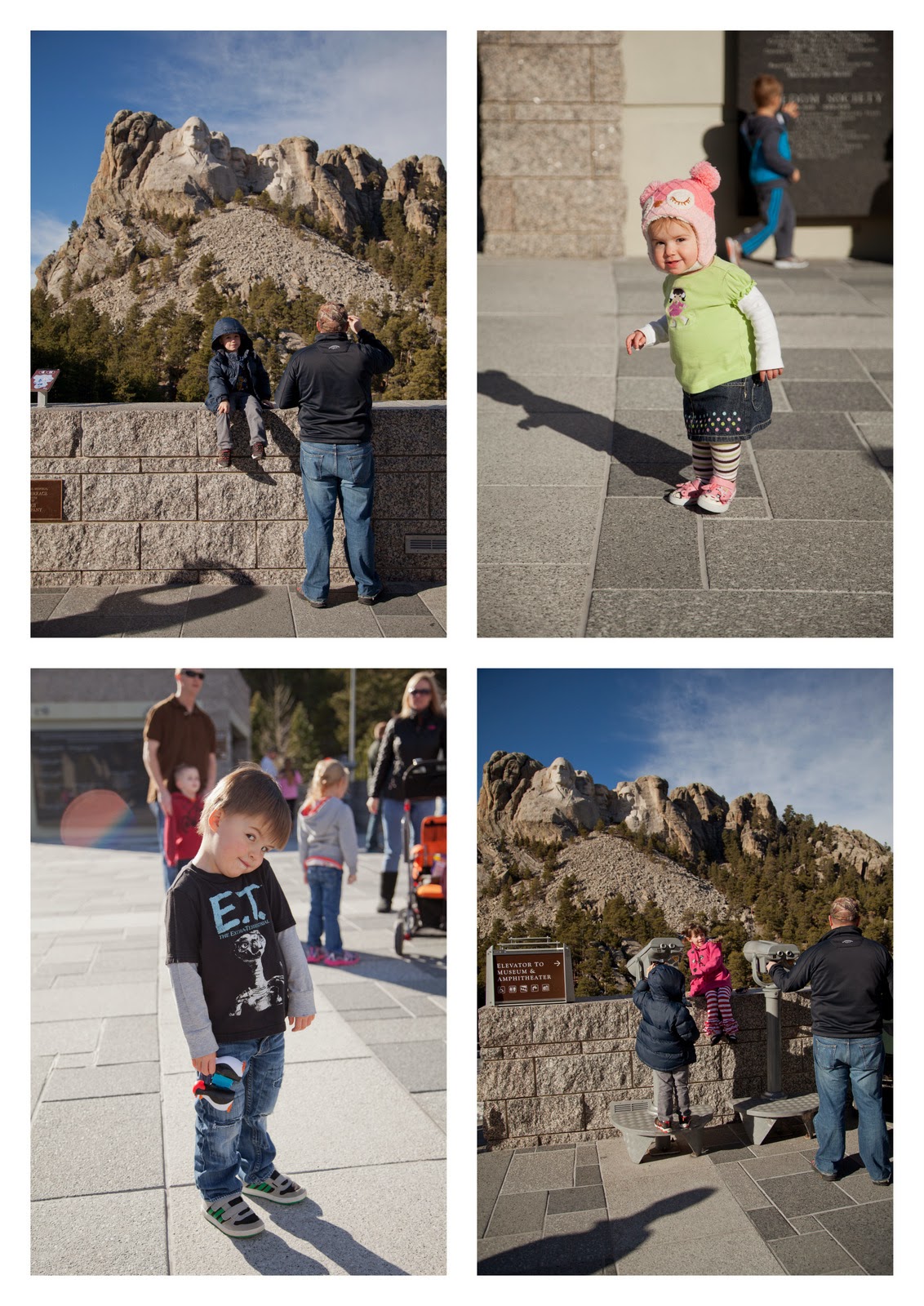 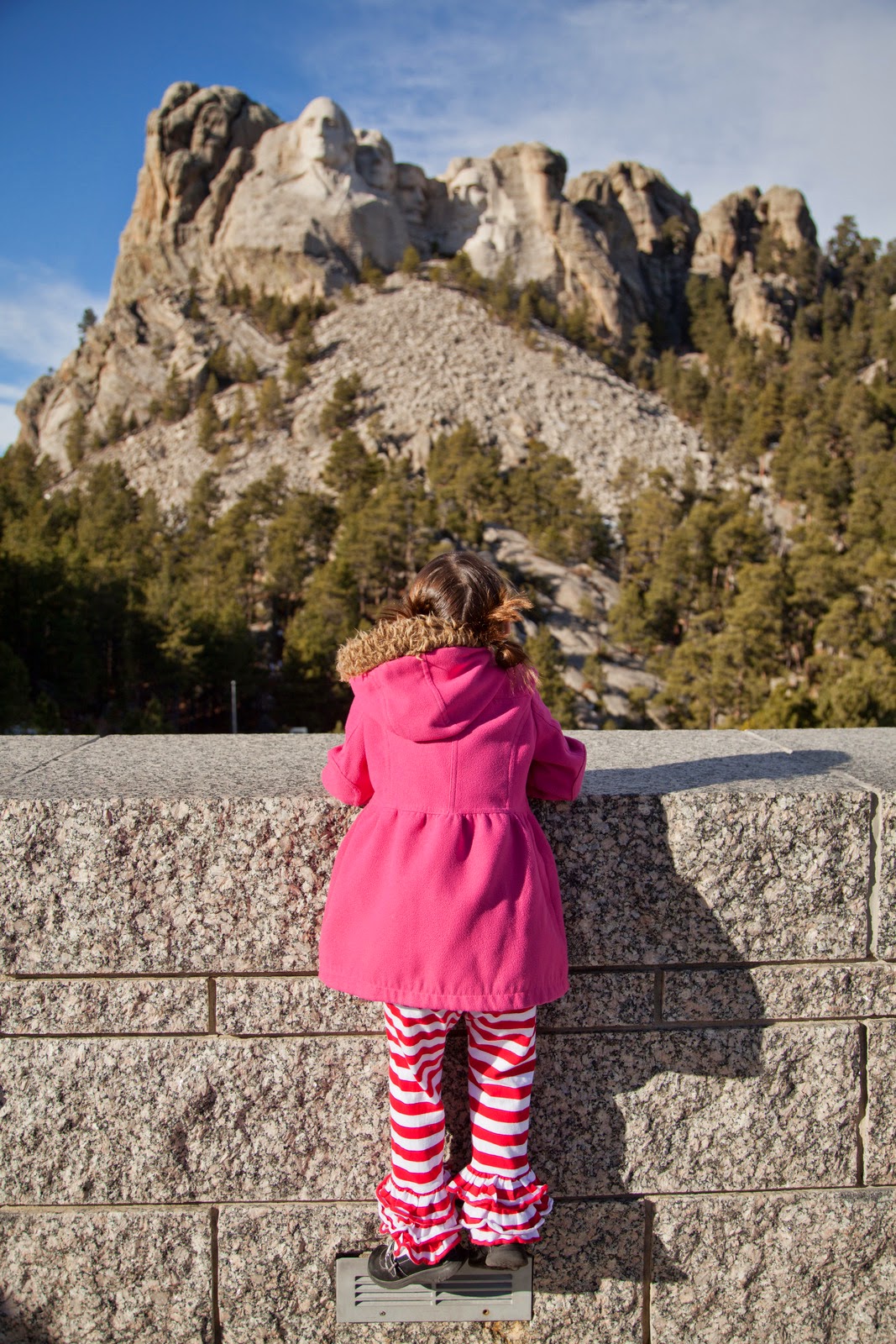 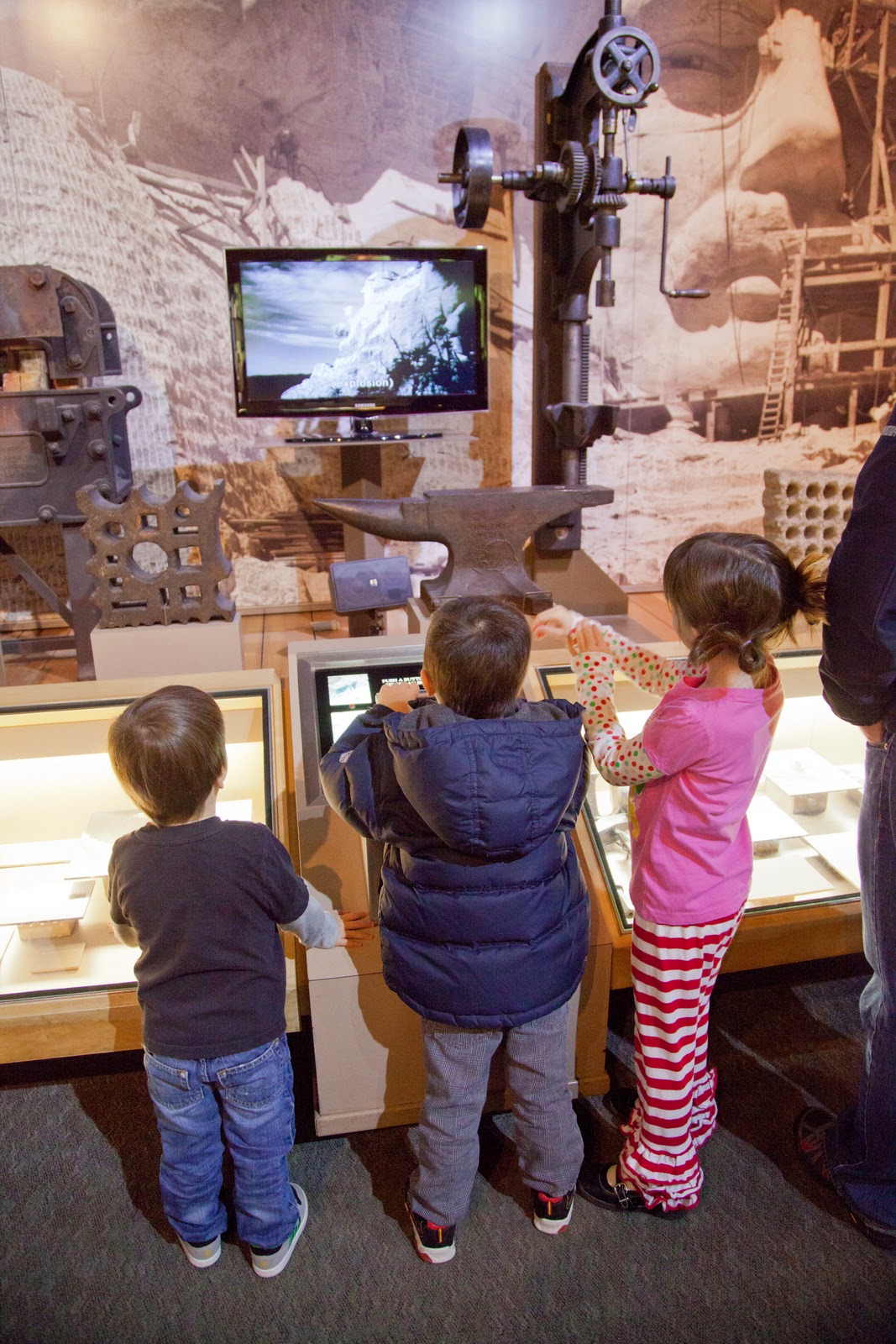 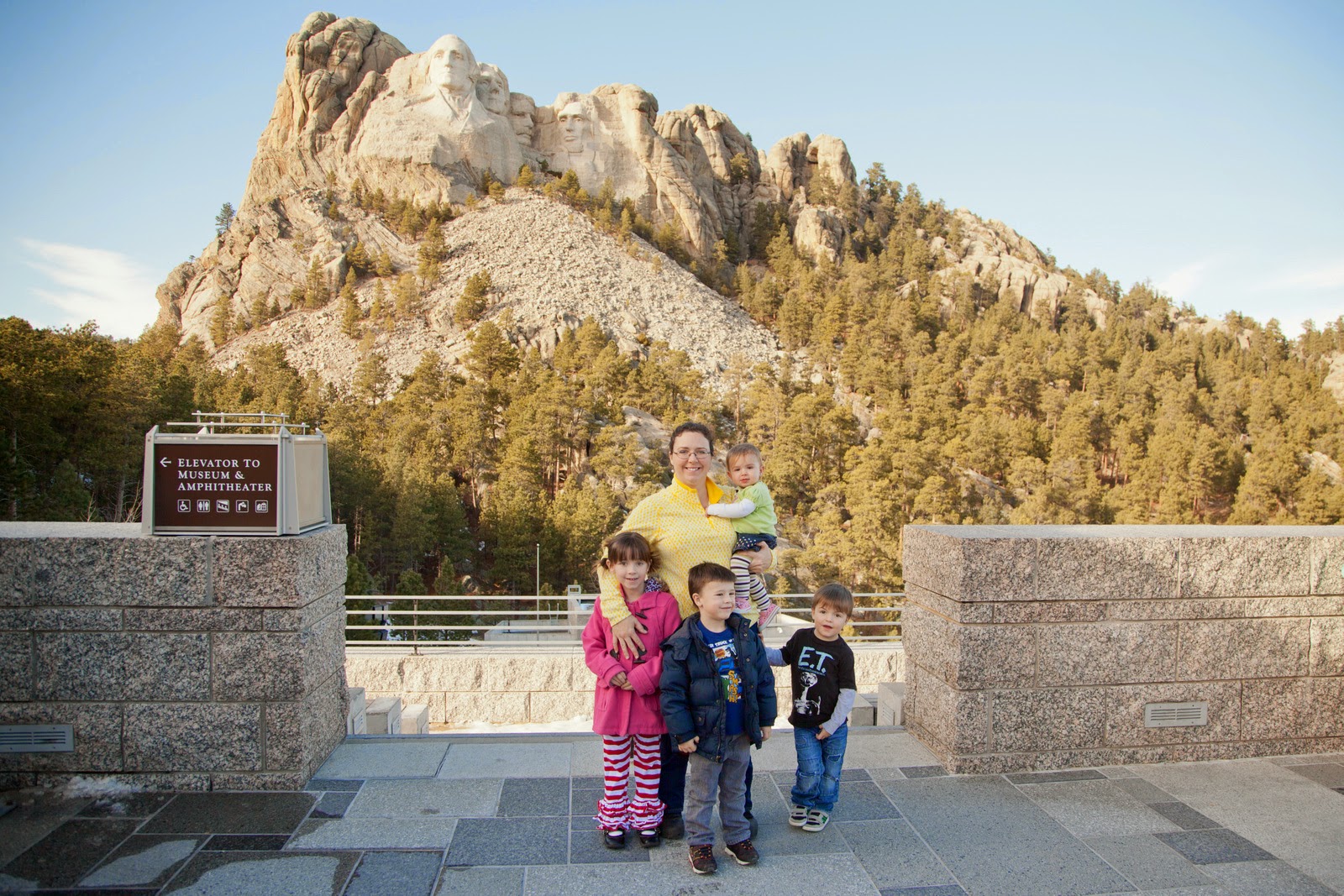 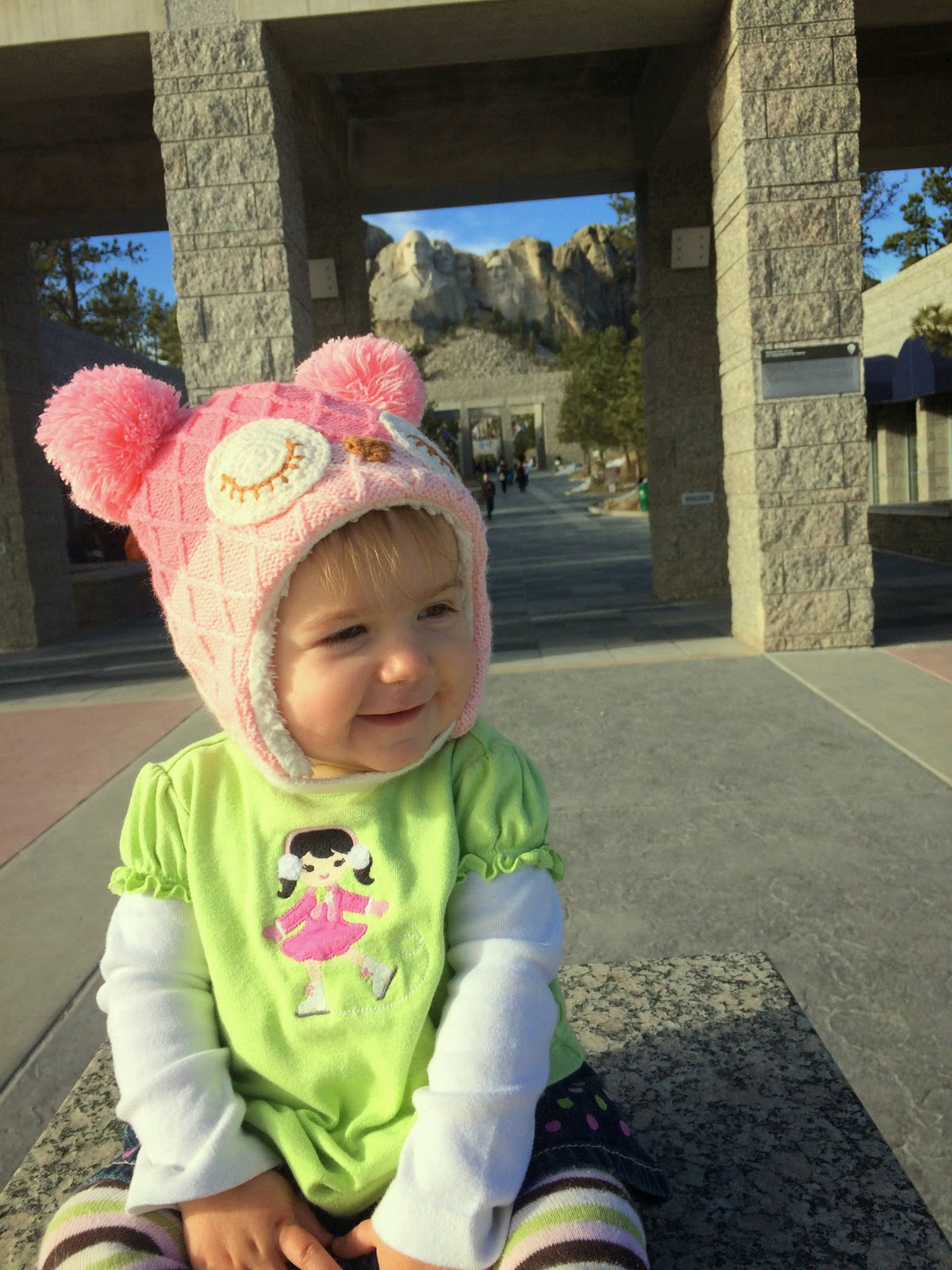 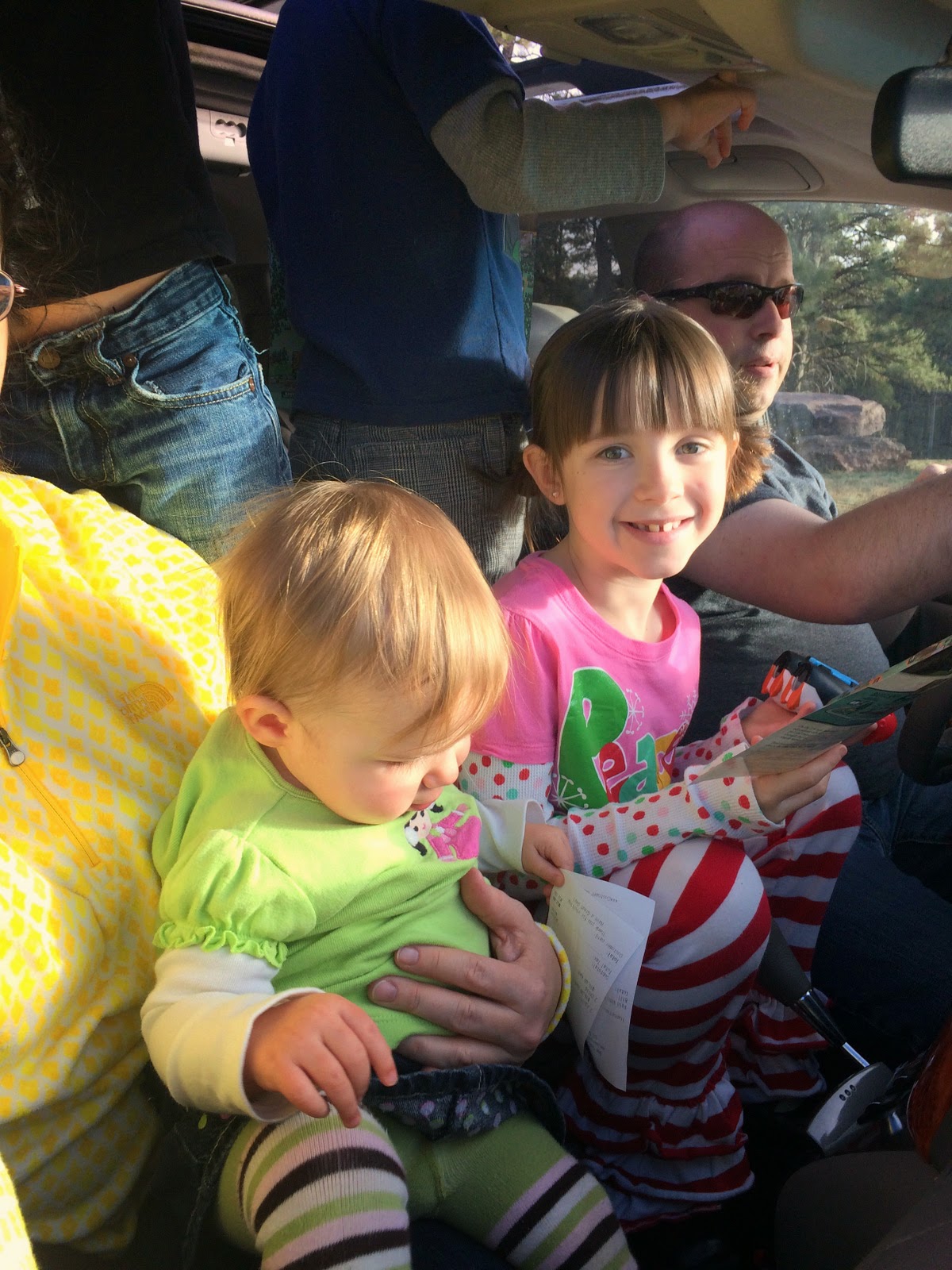 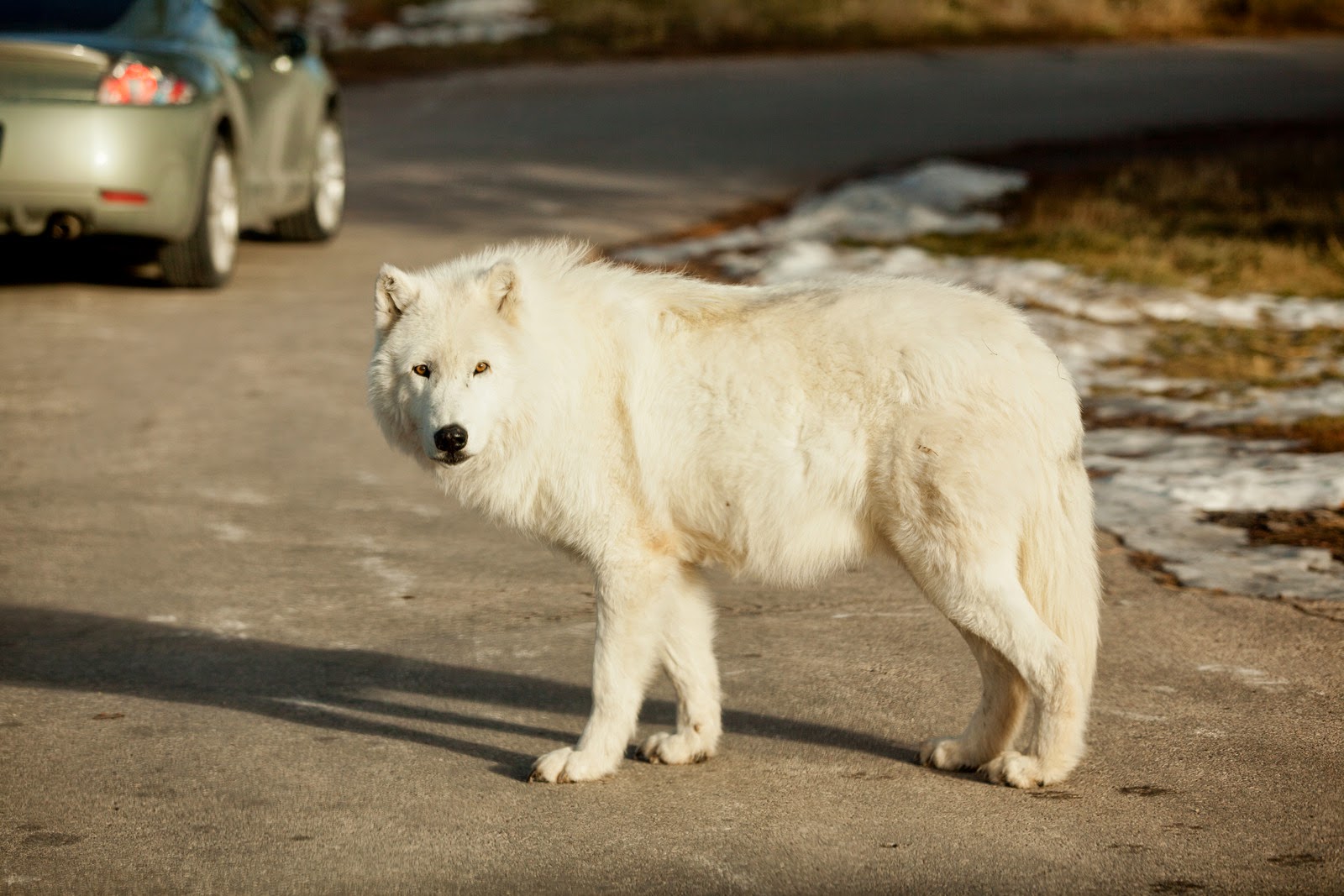 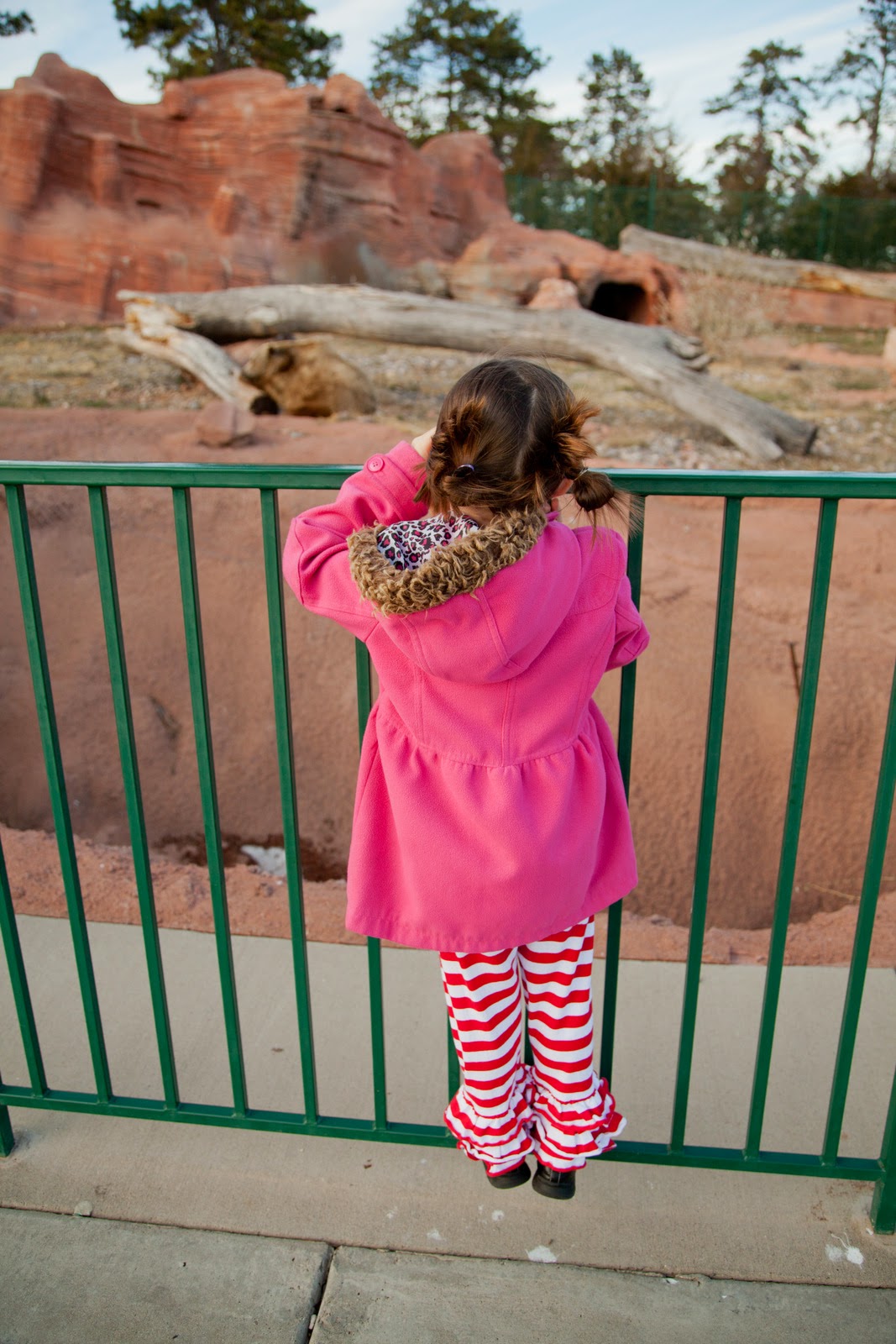 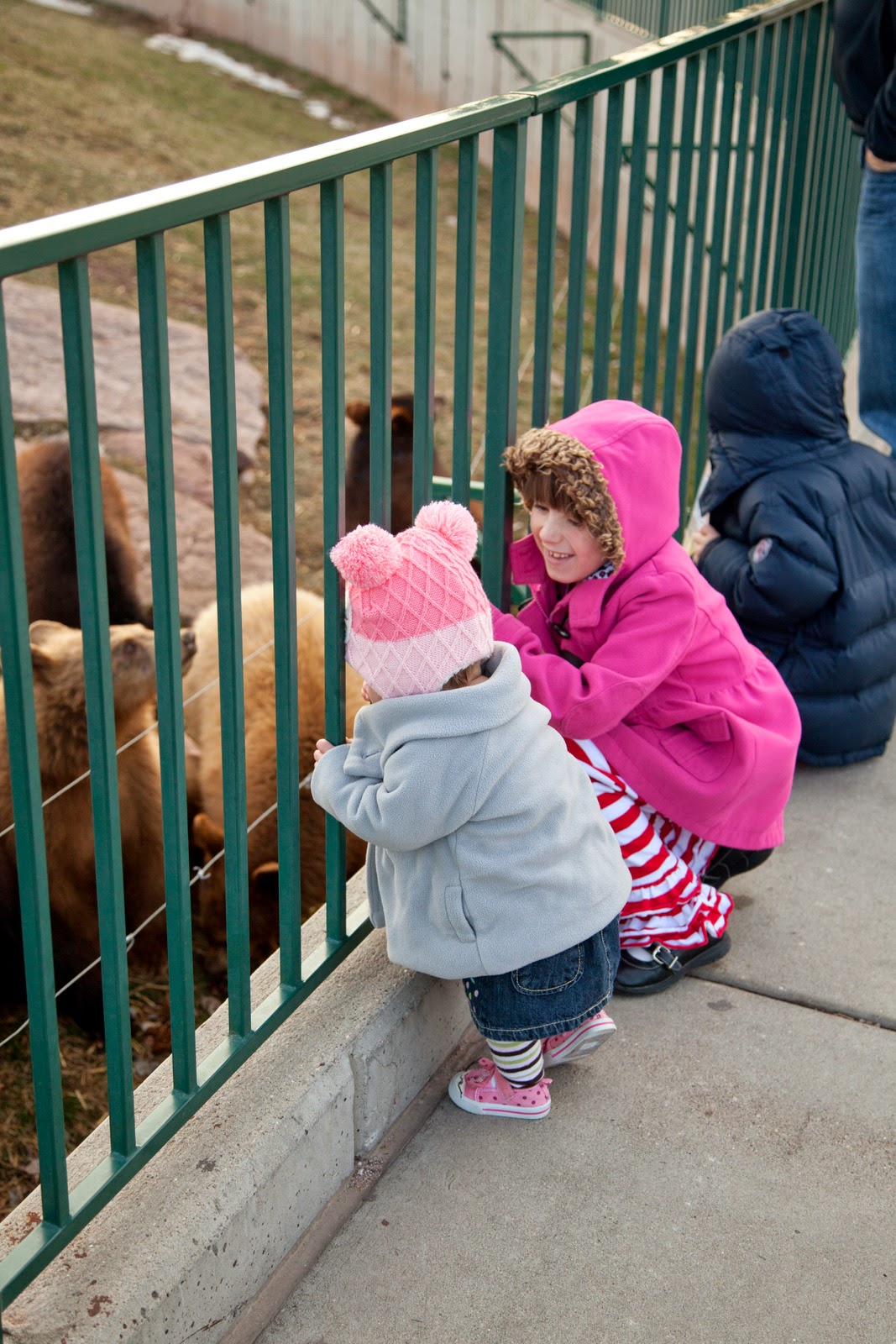 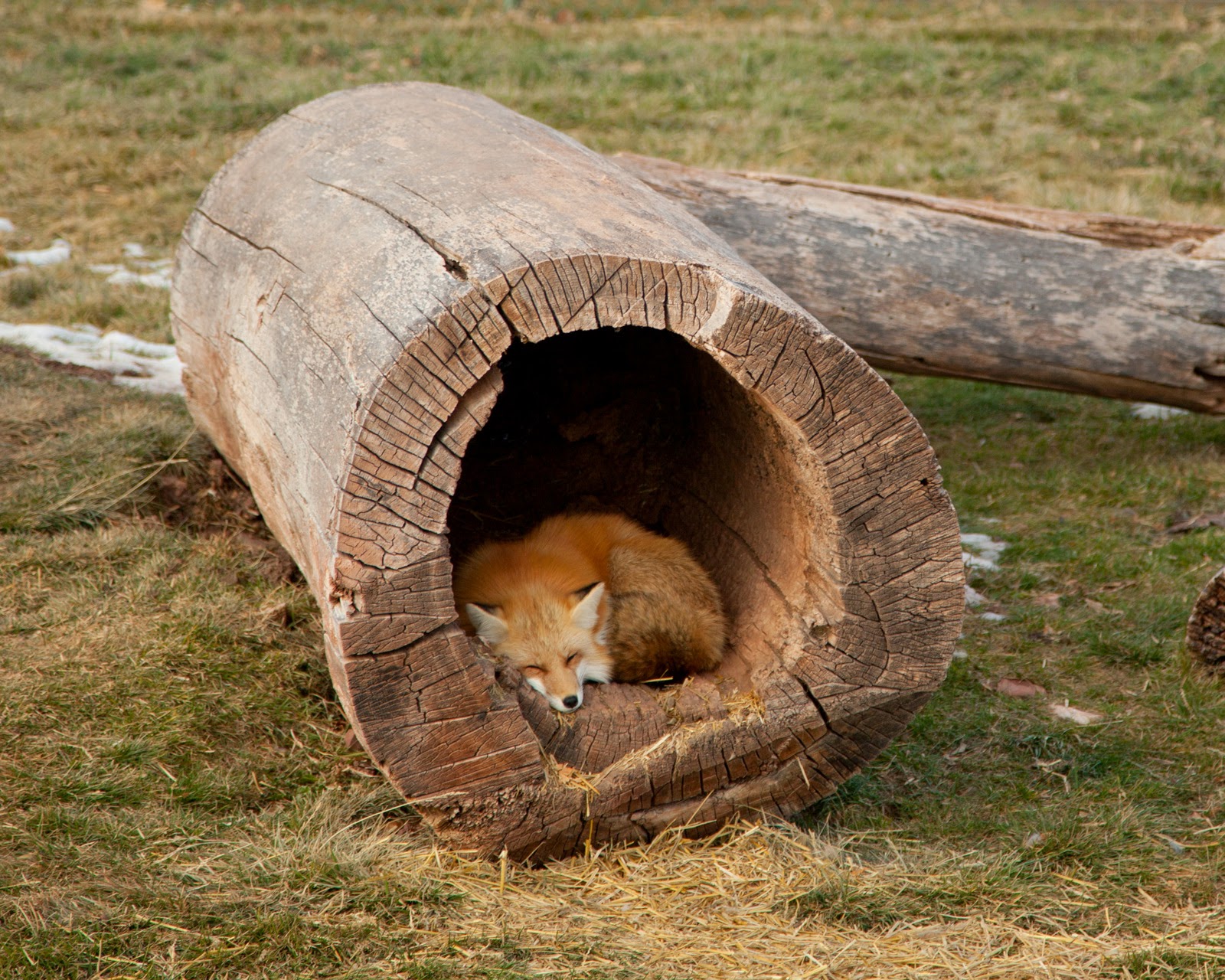 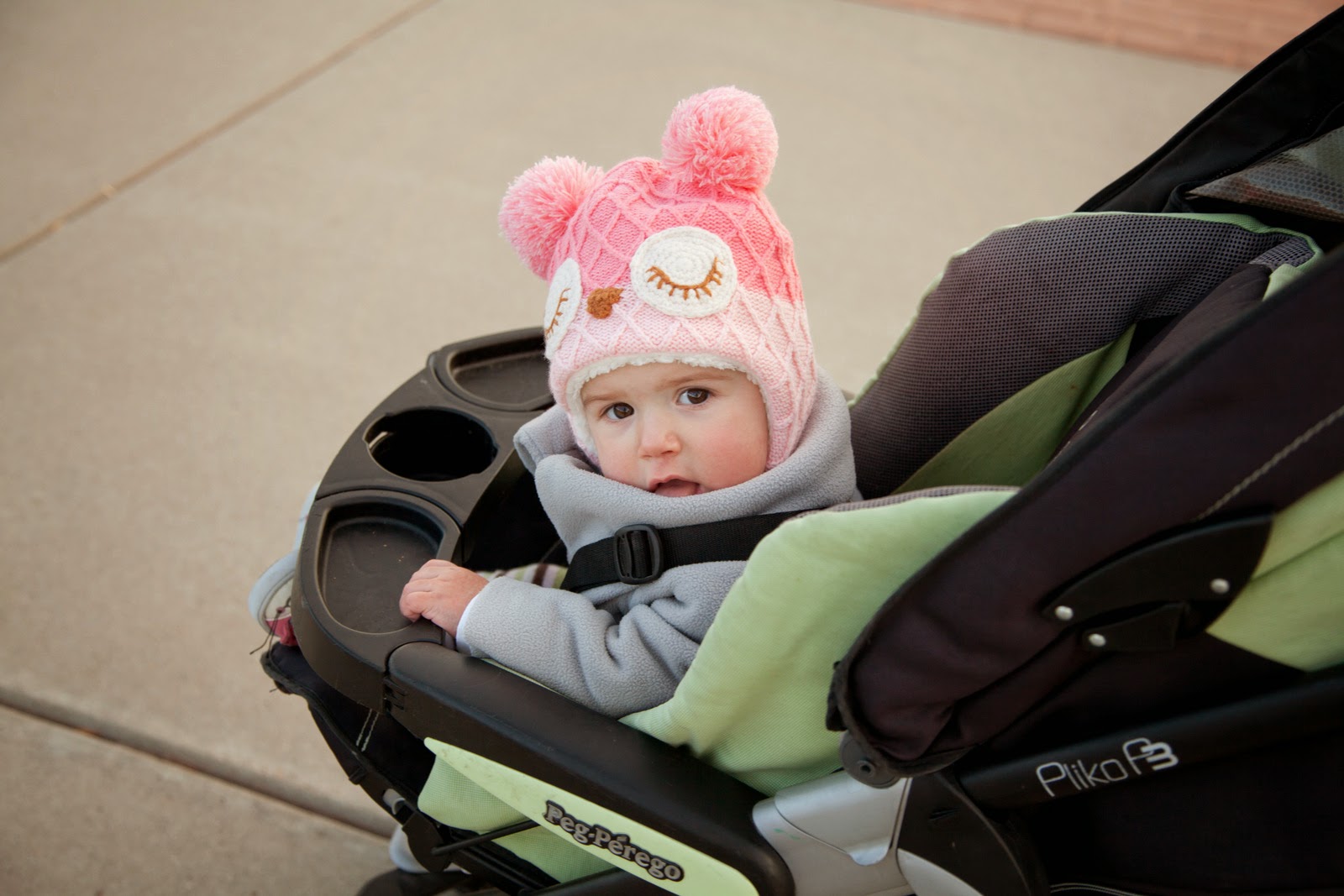 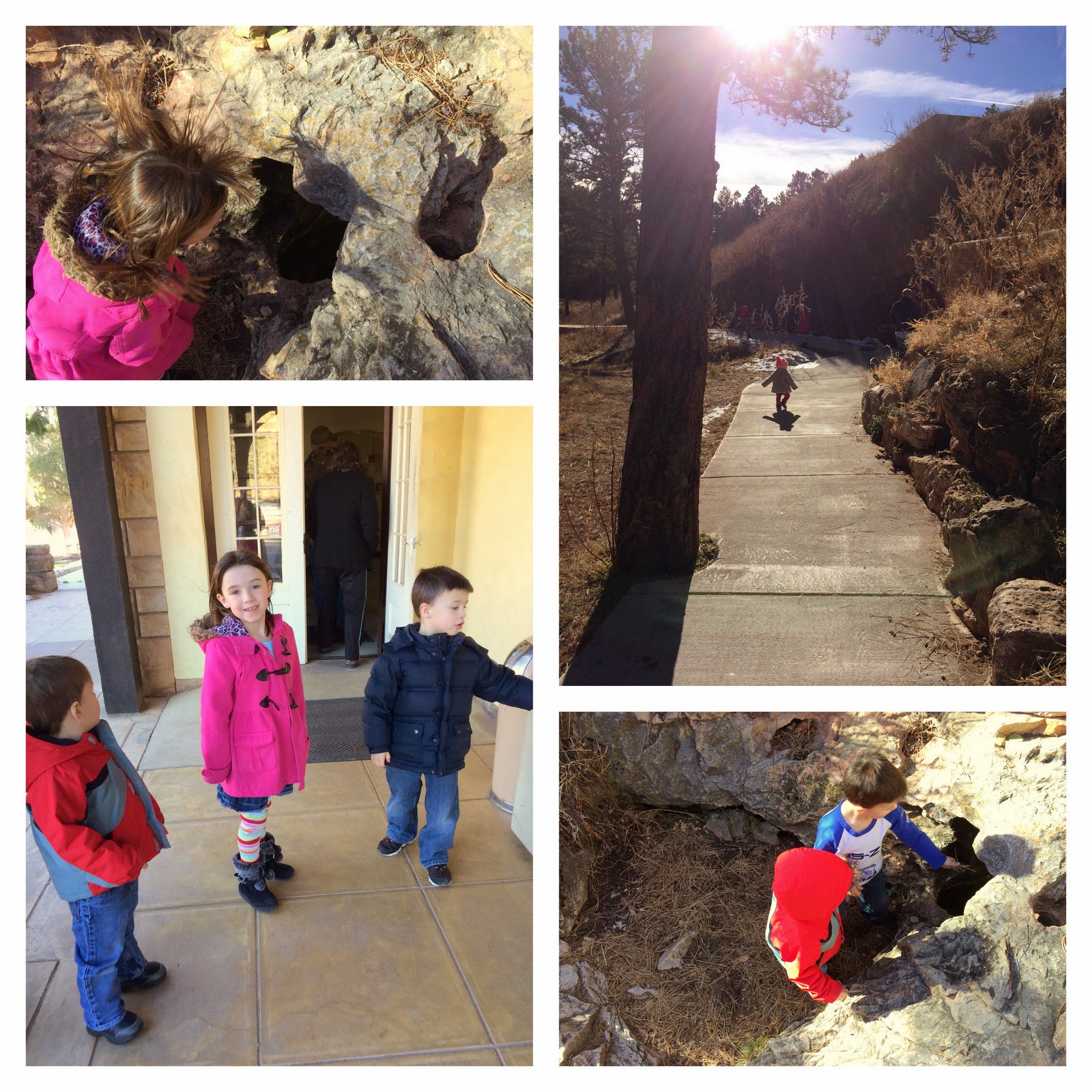 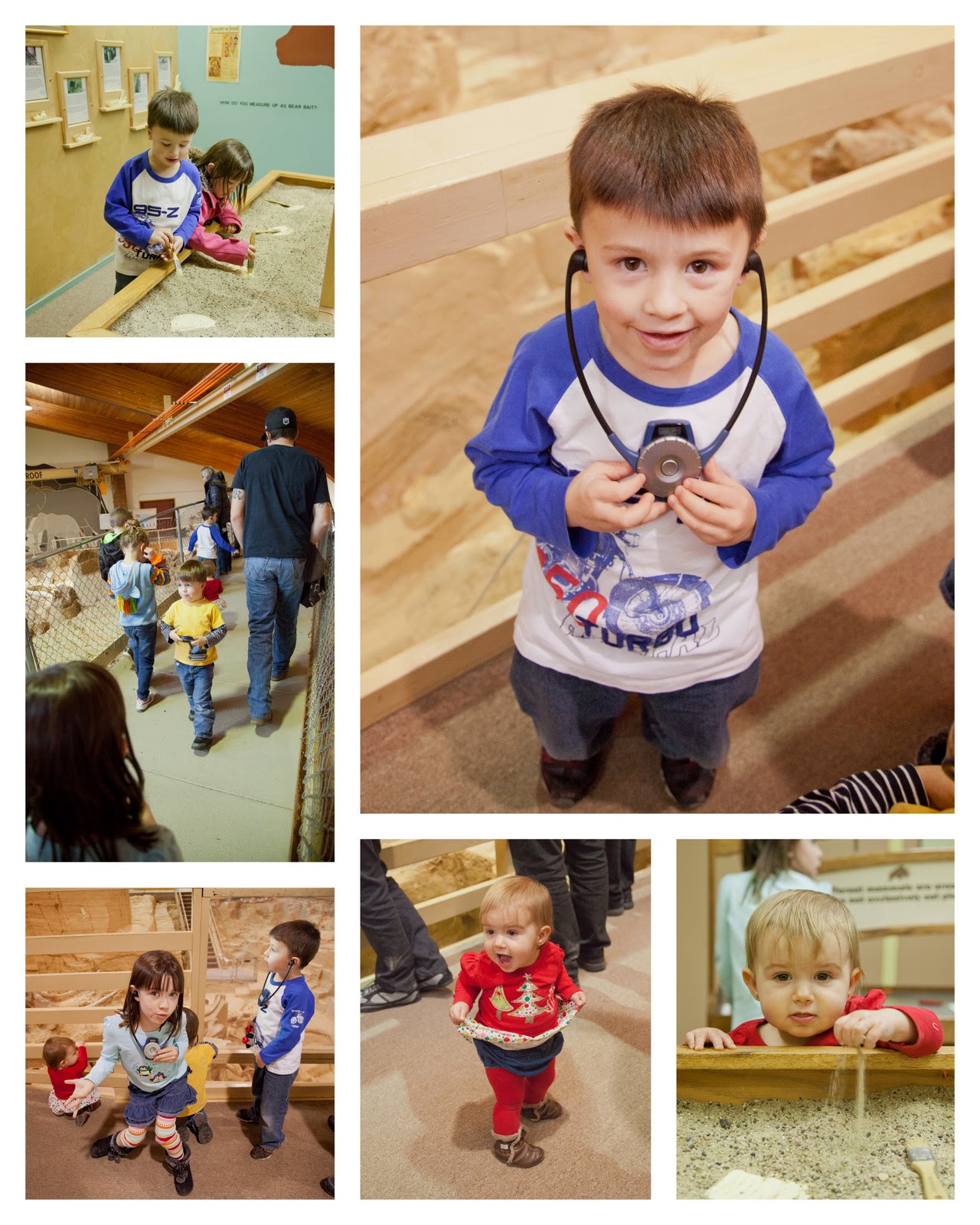 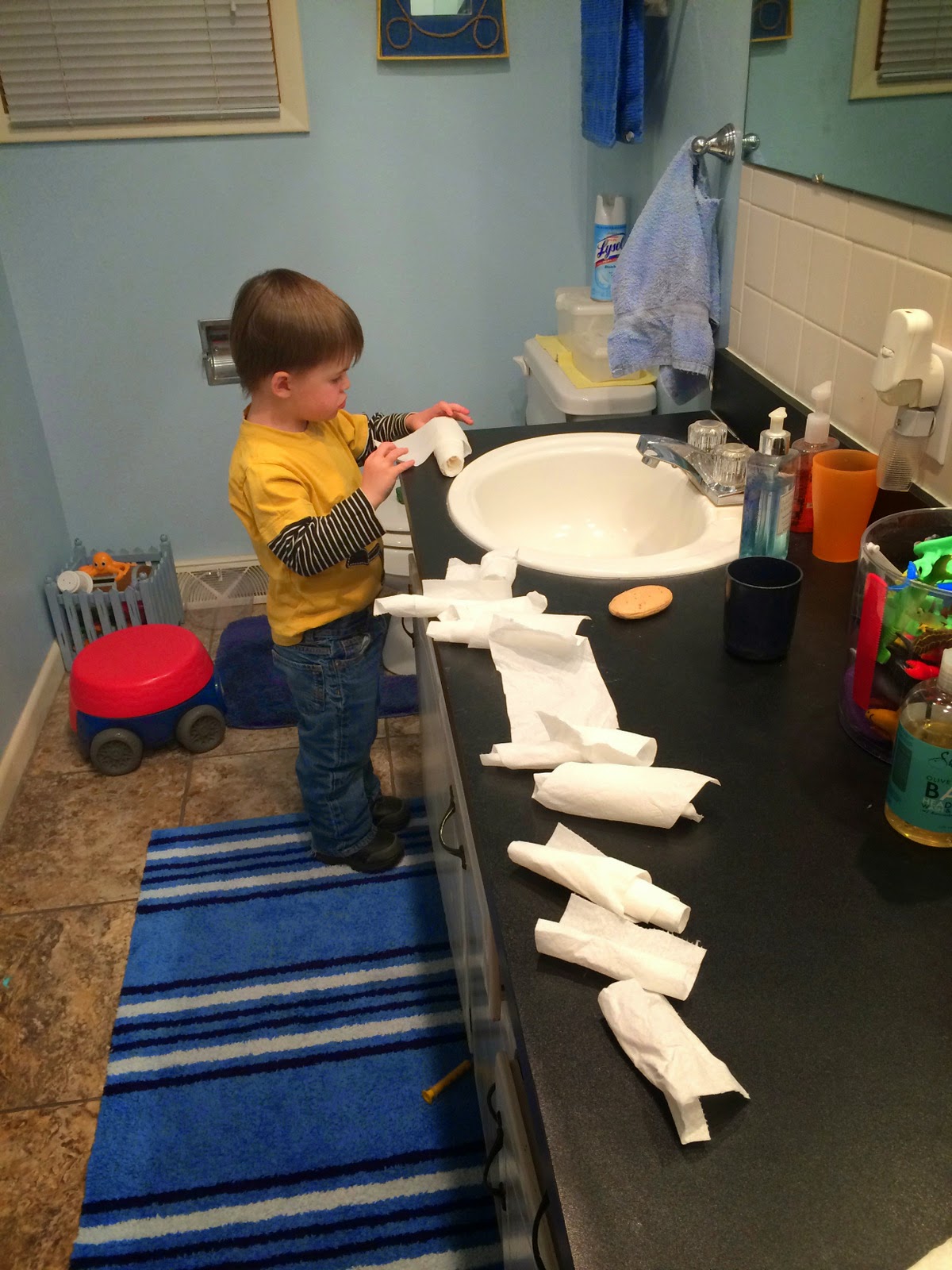 Wednesday: pulled out at 2:30 pm. Told the kids where we were headed 15 minutes into our trip. At first we got silence then explained what was in Rapid City (a waterpark and Mt Rushmore). The general excitement sky rocketed after some explaining. We stopped in Dalton, 20 minutes away for Phillip's first potty break. We found a big cup to keep in the van for his tiny bladder. We arrived around 6 pm. Our first goal was to find some dinner. I suggested Teppanyaki for dinner. The kids were old enough to enjoy the chef's antics this time around. I proudly caught a broccoli flower in my mouth the first time! Phillip was impressed. The older kids loved the fire and onion ring volcano, Evelyn did not approve. Everett shoveled in mouthfuls of fried rice like he was a starving refugee. A trip would not be a trip if I forgot to pack something. This time around I forgot to pack underwear for myself. My hand laundering skills came very handy.

Thursday: relaxed and enjoyed napping and watching TV all morning. We finally left our room around 10:30 for the waterpark. Evelyn was tired, so we drove around the city for an hour. Justin found the coolest ridge overlooking the city. The trees and vegetation were covered in a thick coat of frost. It was absolutely breathtaking. Watiki Waterpark is an indoor, year-round facility jammed between two hotels. The best description is an expensive swimming pool with two cool slides. Imagine one of the many outdoor pools slathered across Utah County squished inside then charged $13 per person. It was open Thanksgiving! The kids zoomed around for an hour. We fed them slider cheeseburgers and fries with a can of soda for lunch. I wish more places offered slider sized burgers. Everett loved the lazy river. He floated around and around for hours, shooting imaginary bad guys with his "blazers" and acting like a Power Ranger. Phillip and Amelia absolutely loved the water slides. We took turns taking them down the slides on large inner tubes. Eventually, they couraged up and went by themselves towards the end of the evening. Amelia loves hot tubs...she might be a lobster. Evelyn amused herself toddling around practicing her walking skills. I am pretty sure we might have another climber on our hands. She spent a good 45 minutes climbing up and down a step, hundreds of times. She also enjoyed licking water drains, drinking pool water, and trying to drown herself. We took a break to find Thanksgiving dinner. Golden Corral was open and packed at 4:20. It was a little early so we browsed the toy section of Walmart for a while. Justin found a fart gun he thought I would like to see. It was so hilarious! I wanted to take it home, but Justin thought that might be a little too crude (dang it!). As the kids were admiring the toys and running away with the galloping gimmies, Justin told Everett he could ask Santa for a job as a Christmas gift. The lady nearby thought that was a super idea. The crowd at Golden Corral diminished significantly so we ate there around 5 pm. Food prepared by other people seems to taste a whole lot better! Phillip enjoyed his ham, like really enjoyed it. Amelia could not eat her meal fast enough so she could go get a cotton candy cone. The best was Everett and his "jelly jam" aka red jell-o. His nose enjoyed a dip in his dessert cup as well. We ate a thankful meal with a diverse crowd of Indians, a family dressed in evening wear, a weirdo wearing a MineCraft hoodie, a gaggle of old folks, and many others in between. We will always remember the year we ate dinner at Golden Corral. Since it was still early in the evening we collected dry bathing suits and my camera from the hotel and went back to the water park. Amelia and I rode the slides one more time. This time we rode on one tube together down the "toilet bowl" slide. We ended up going backwards down the slide. Amelia flew over my head when we landed in the pool. Her toe ripped my glasses off. Since I can barely see my toes in the shower without my glasses on, finding them was quite imperative. Justin took up the gauntlet. He rescued my glasses with the help of some goggles and luck. The kids were over exhausted. Everett kept losing his stupid binky in the covers. He woke up every 30-60 minutes talking nonsense.  I remember him saying: "Earth, I love Earth...Nooooo! I wanna go back" and "Fox?! What fox?" When Phillip ripped open the curtains in the morning, Everett sat straight up and yelled: "the sun in my eyes...wake me up!"

Friday: Evelyn and I spent a happy morning buying out Target with other insane shoppers. Between Target and Amazon Prime I finished my Christmas shopping in one day. I wore a creamy yellow sweater that day, I got several compliments on how happy the color of my sweater was! Evelyn stayed happy the entire time thanks to one pocket full of goldfish crackers and the other filled with fruit snacks. We drove out the Mt Rushmore around lunchtime. The kids all got fun penguin binoculars in their happy meals at lunch. The binoculars got some mileage at Mt Rushmore. I enjoyed the kids running around using their new toys to admire the monument. Evelyn stole the show with her adorable owl hat, cute skirt, and short legs. Most of the monument was closed for the season due to renovations and seasonal closings. Amelia is totally digging documentary films lately. She ate up the films at Rushmore (and Mammoth park) this trip. Inside the museum was a kid's station with a dynamite blaster thing. The kids could mash the blaster down and watch an explosion happen on a TV screen. We finished the tour in less than an hour. Down the road we decided to see "Bear Country." Each kid got a map to follow. We drove around and through an enclosed wildlife park that features many of the local animals: elk, deer, wolves, goats, bears, bison, sheep, and antelope. Phillip bonded with a wolf using his spectacular wolf calling skills. He stood up and poked his head out of the van's sun roof to make a wild call to his wolf brother. Amelia named all the animals she saw after Santa's reindeer. At the same time he happened to knock over his pee cup onto the van carpet. Ewwwww! He peed twice between Mt Rushmore and Bear Country, I didn't even have a chance to empty the darn cup. At the end of the drive is a little enclosure with baby bears and small wildlife. The baby bears were especially curious and cute standing up on their hind legs. The foxes were the cutest! Justin chose a fun "fine dining" restaurant for dinner. He really, loved his meal of smothered pork chops. I do admit they looked tastier than my salad. I tried pickled herring...yah, not my cuppa tea. I laughed when Everett ordered a fruit salad. The kids ate noodles, plates full of noodles. Everett was very excited to swim in the hotel pool. He asked to go swimming about 40 times between 2 and 6 pm. The boys had a rousing game of some sort while they swam. Evelyn tried to swim all by herself, that was "fun" keeping her contained to the pool steps.We turned in for an early night of sleep. I made sure to give Everett a good dose of Benedryl so he would keep his exciting dreams to himself.

Saturday: Made our way home via Hot Springs, SD to catch the Wind Caves and Mammoth Park. The Wind Caves offered two tours on Saturday: 10 am and 2 pm. We pulled made the 10 am tour trailing the end of the tour group. Everett was impressed with the lovely elevator ride. I am glad the winter tour only shows the smallest route through the caves. It was disconcerting to wear Evelyn in front and try not to trip over my feet and the slick passages. The Wind Caves are so awesome. We saw box work and were lucky enough to visit on a day with barometric changes. The wind was quite apparent. Phillip thought the wet mineral area looked like Cave Snot. Evelyn pulled Phillip's hair, during the tour. Phillip cried for the next 20 minutes. He tipped over a cave light and broke the lamp holder. We always leave a mark of some sort or another. I am pretty sure that is a technical term. After we made it back to the surface, much to Everett's delight, we walked over to the original cave entrance. The winds were so strong the kids could fly leaves and pine needles from the hole into the sky. Mammoth park was another fun spot. This time we got cool ear pieces to hear the tour guide through. Everett soon had the ear piece wrapped around his tummy shooting bad guys...with sound effects. Phillip was brave enough to ask the guide a question: "Were Mammoths fuzzy?" He tittered after asking his question! We made it home in time to feed the kids some eggs and cereal for dinner. Evelyn was finally free of her carseat. Next time we take a long trip I am going to turn her around. She was a beast this trip. Most of the time she was not happy that the other kids got to watch cool movies and she got to watch Phillip pick his nose. Within moments of being home Everett had our clean house decorated with pre-rolled bunches of toilet paper. Maybe we should do that all the time, it might prevent Phillip from using 100 squares of toilet paper when he wipes his bum.

**Evelyn learned how to say "shhhhh!"
**I forgot to pack underwear. Opps. Hooray for hand washing and hair dryers.