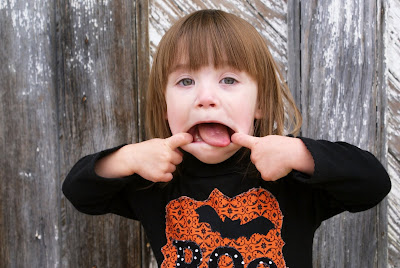 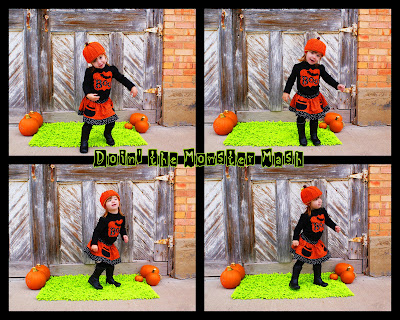 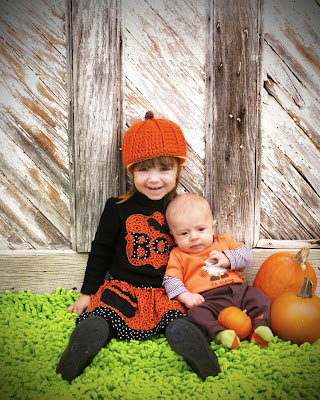 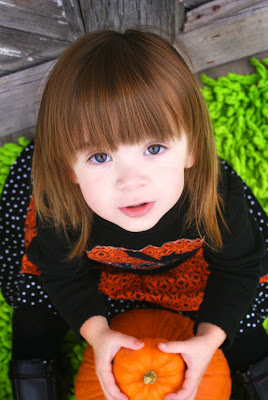 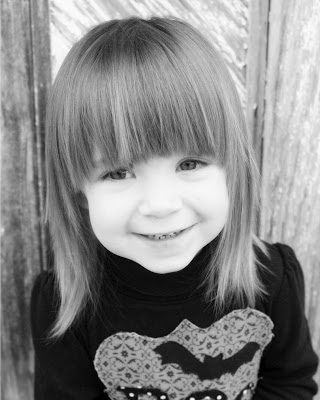 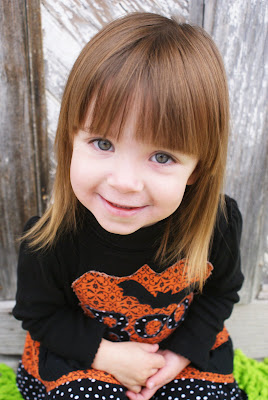 Here is a batch of the second attempt at Halloween pictures! Much better! I only took a couple with Phillip because of his little cold. Mia was much more cooperative because I bribed her with M&Ms. She is a chocolate girl through and through.

This morning we went to the hospital to get an x-ray for Phillip. The Dr in Scottsbluff needs one to examine his respiratory tract. Alison let me watch three of her kids while she cleaned house. Her parents are visiting for the next couple days! Justin is tagging along with Matt and Alison's dad on a duck hunting trip. They are leaving at 3:30 am...crazy. I can't get Justin to move a book case but he will get up to hunt. The guys promise to be back before trick or treating time.

Mia is going through another crusty phase. This morning she wanted a bowl of candy corn covered in chocolate milk. Of course I was shocked and did not let her start the day with candy but gave her a bowl of wheat chex (super yum). She cried for 2 hours until we went to the hospital. Usually outings in public snap her out of her little funks. Geepers...I did the same thing! An angel in public and a cry baby at home. After her nap I put a crying Amelia into her autumn fairy costume and put pig tails in her hair. I thought Noah's flood was coming again due to the amount of tears. Once she realized candy was involved her smiles were non-stop. She absolutely loves to visit Justin at work. Phillip wore the little chick coat Mia wore two seasons ago. It was a bit large but enough to suffice. We had fun watching Amelia catch on to the candy and treats. She balked at getting her picture taken by a company employee, but was fine with putting her face in a cut out form. Mia and Mommy had a special outing to Walmart to get her a purple pumpkin bucket using Grandma Call's dollar. She was in heaven to have me alone for a little while. We sang "We Wish You a Merry Christmas" seven times on the way home. 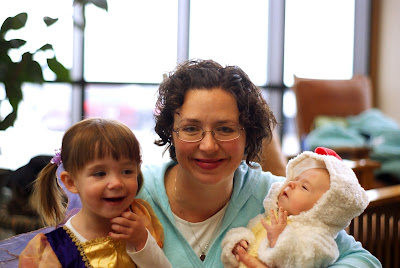 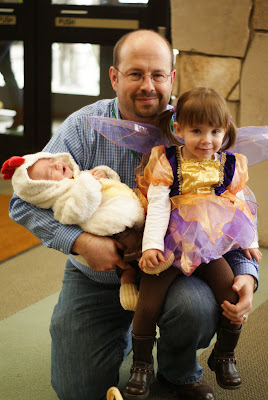 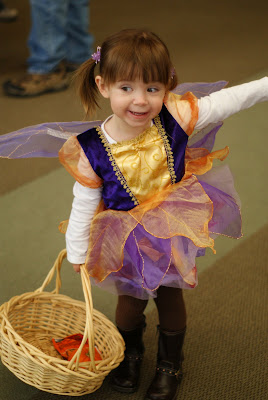 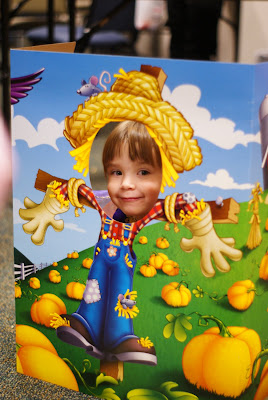 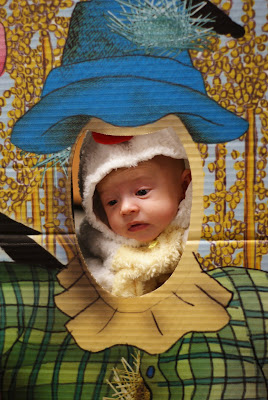