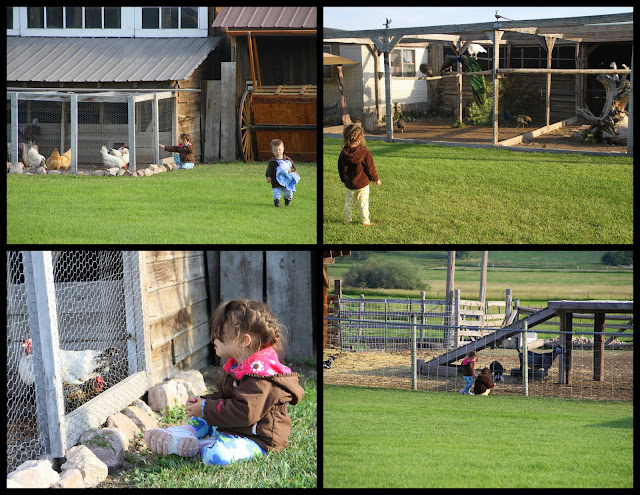 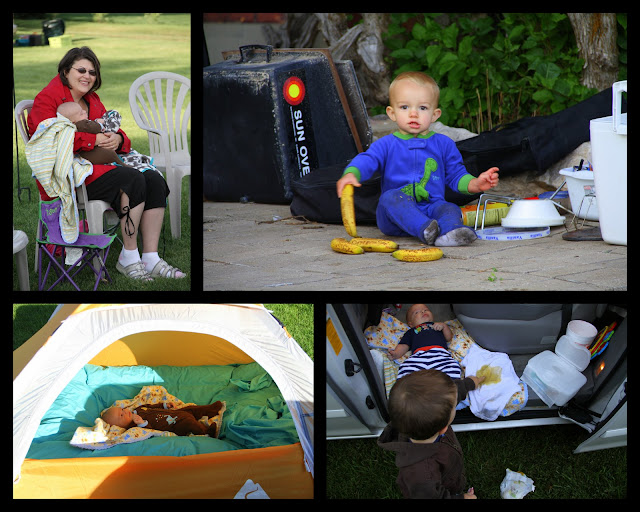 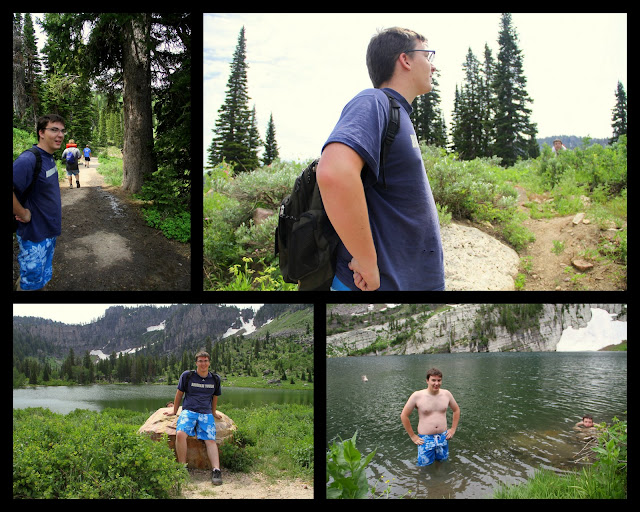 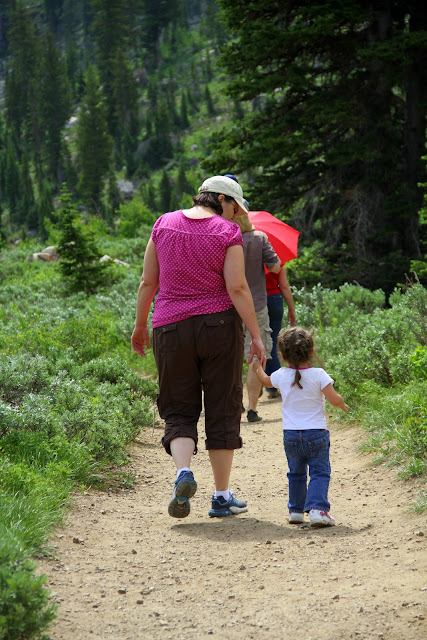 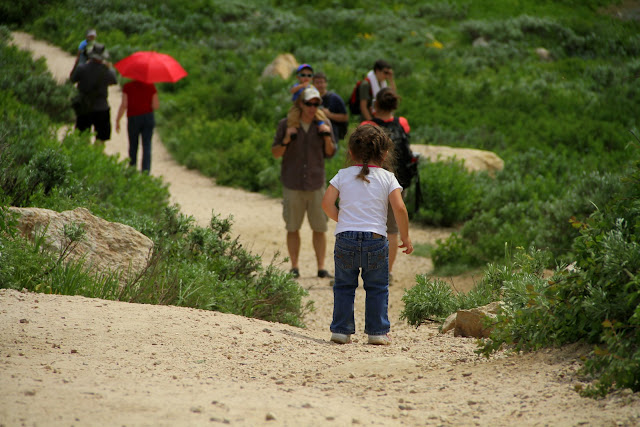 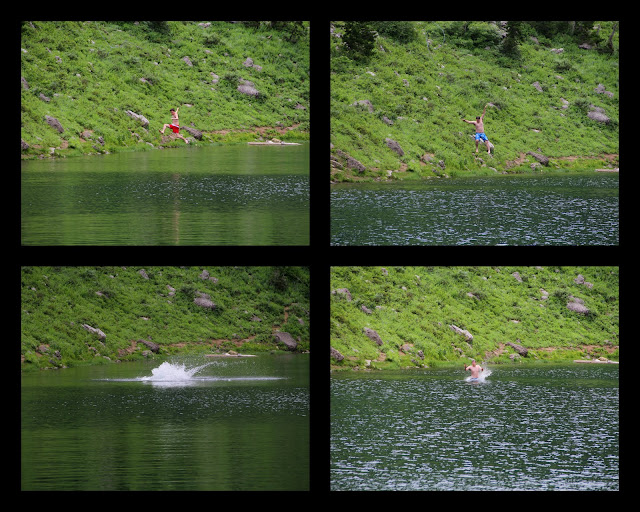 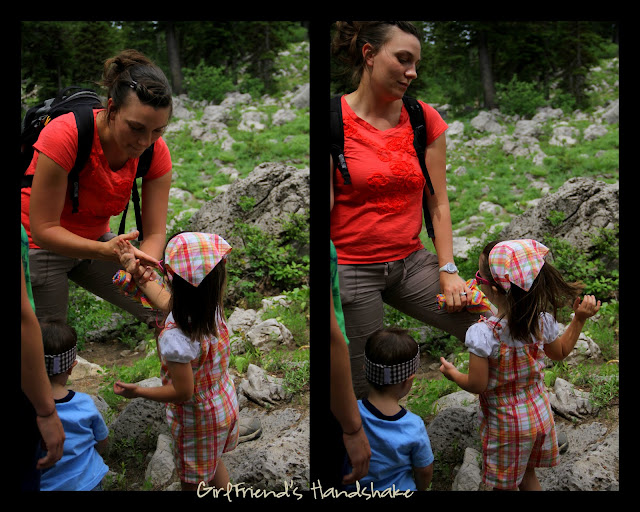 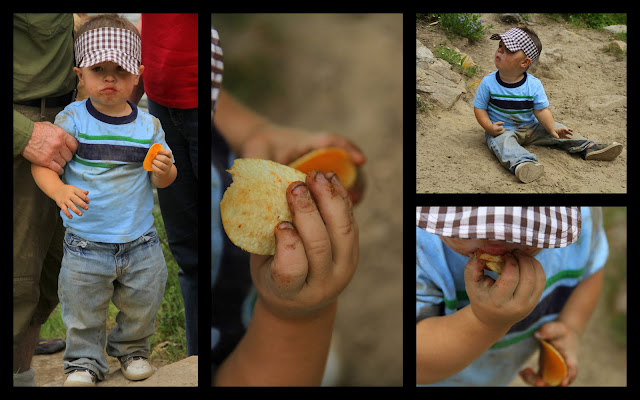 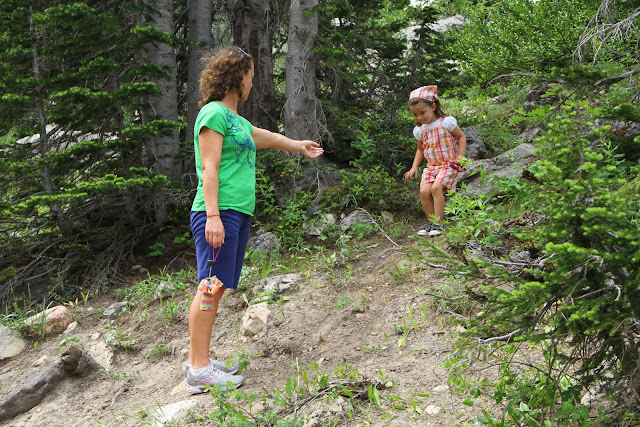 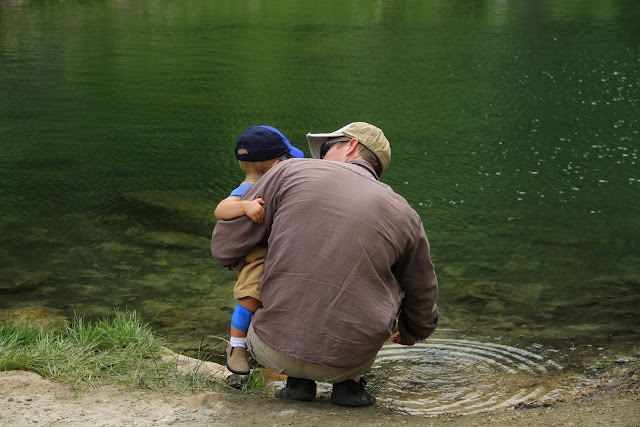 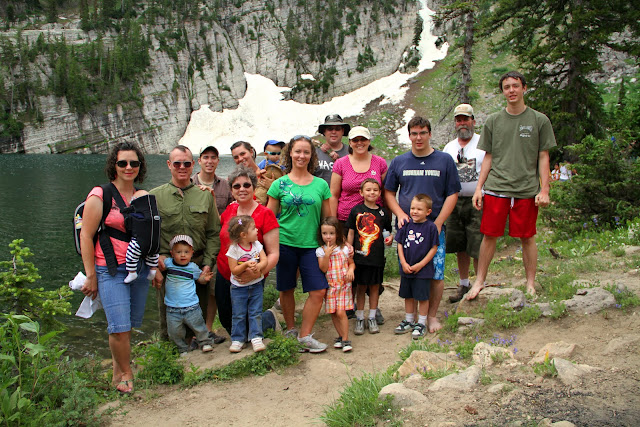 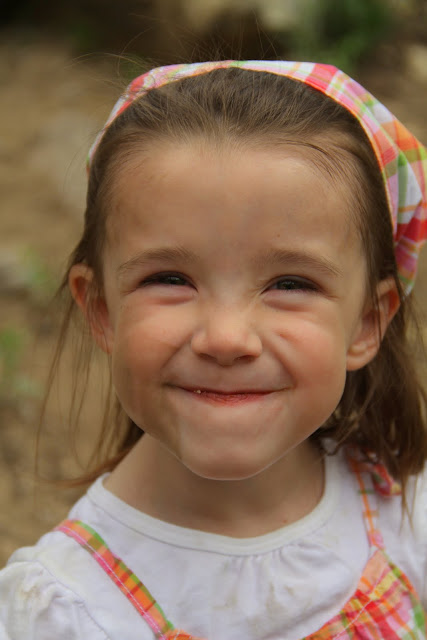 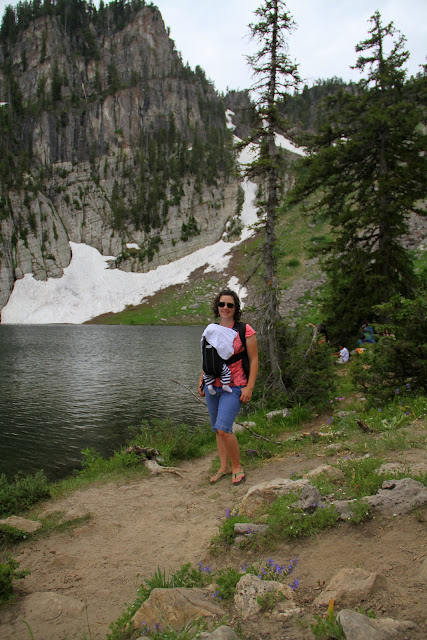 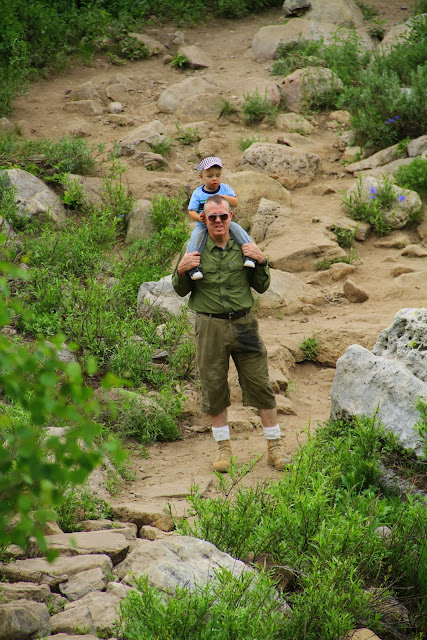 John and Courtenay made breakfast burritos for breakfast. Amelia spent the morning feeding the goats. When we finally came up for some breakfast she announced, "Mom, I want a baby goat, I will name him horny!" Course I could not resist a laugh which made her wonder why that was a such a funny name. Little Everett Lance explored the area with complete contentment. His knees were soaked and dirty from his escapades. He has the sweetest expressions which belie his growing desire to explore and find trouble. He might be quieter than Phillip but his little world is growing by the moment as he moves towards walking. Phillip dragged his grandma blanket all around like Linus. Everett produced an enormous poo, leaking through his onesie, jammies, and blanket. Even Phillip was impressed! He gave me all the right words: yuck, ewww, p.u., and stinky diaper.

By 11 all the troops rallied together for a hike up to Bloomington Lake. Dad drove the van while I nursed the kiddo. Amelia forged ahead with Jana while Phillip helped Grandpa Lane up the trail. He started off clean and ended up covered in dirt, even his ears were caked with dirt. Jeremy and Jared insisted I take "Wal-dork" photos, Jared's version of Where's Waldo. They turned out pretty funny. Dave had the boys wear their swimsuits. At the glacier lake someone put up a rope swing. Only the crazy and daring take a chilly plunge into the water. When I met back up with Amelia she said, "You go girl!" Courtenay taught her the girlfriends handshake, slap front hands, slap back of hands, and flip hair. The view was so refreshing! I was surprised at the number of people there. Good times.