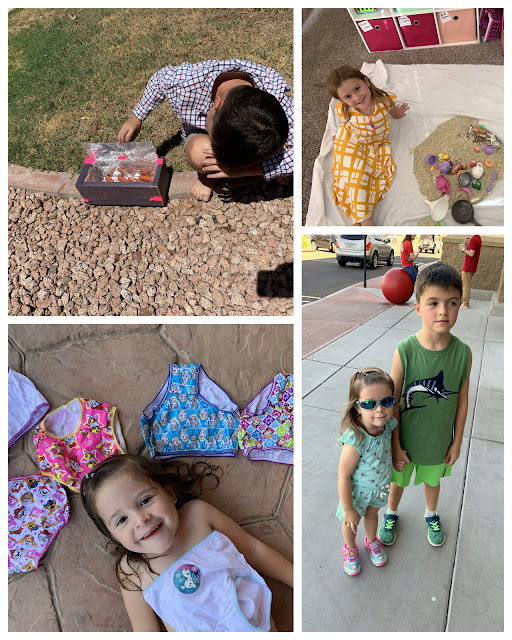 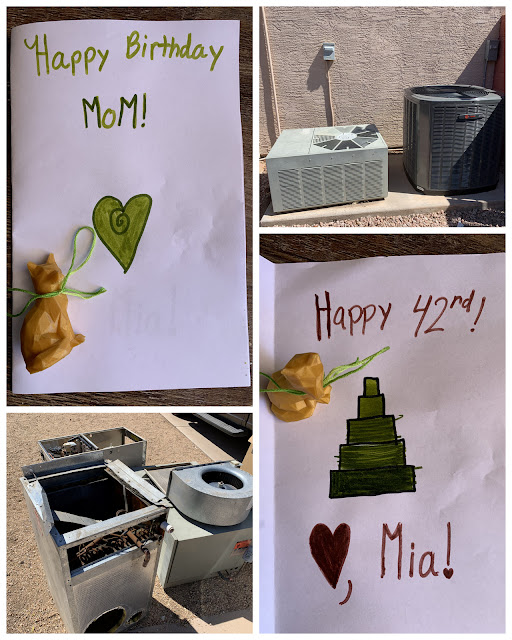 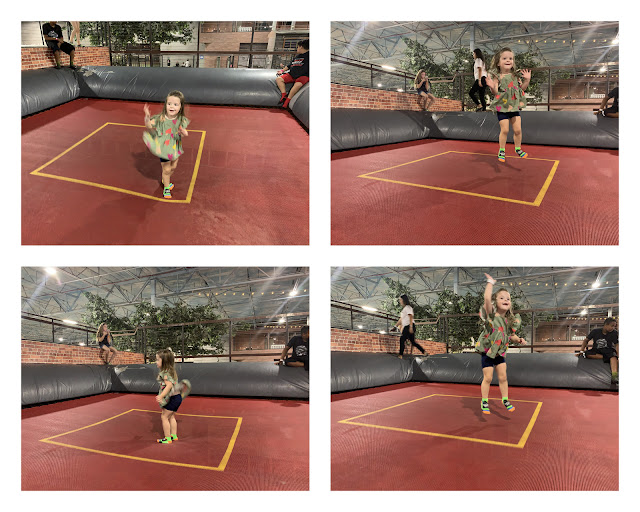 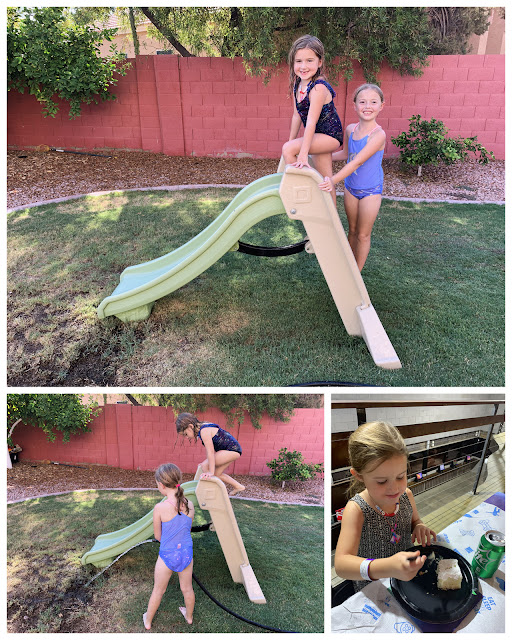 We are sleeping in our own beds! Finally! Took 4 weeks almost to the day for the upstairs air conditioning issue to resolve. Our neighbor and his team did an excellent, professional job installing the unit. It was a beast to install, took the guys about 10 hours of labor to shove that condenser into the right place up the attic. They were grateful for the hole in the ceiling, if the hole was not there they would've made one! Our thermostat is upgraded to a fancy Nest system. It is sleek and we can adjust it with our phones remotely. I felt so bad for those guys sweating their bums off in that furnace of an attic. Josie and I spent half the morning at Walmart shopping just to be out of the way. Josie slept through quite a bit of noise during her nap, she sure loves her afternoon naps. Blessed cool air poured out of the vents around 4 pm. Justin nearly chewed me out for leaving on the air during high electricity bill hours, but I really wanted to sleep in my own bed so just left the air running in spite of the cost, we had to save money for the 4 weeks it was off right? I laughed when I saw the new unit compared to the old one. We went big and awesome! Not really, the rebates from the electric company more than made up for the Seer rating we got. While the guys slaved away, I slaved away on the weekly mountain of laundry and typical household chores I love so much. Ironically, we did not sleep well that first night in our real beds! Guess we got used to the inconvenience of floor sleeping!

Everett finally cooked a hot dog in his third solar oven, in fact his new favorite snack is hot dogs if he remembers to cook it an hour before he's actually hungry. The boys are totally into Beyblades now, Anson and Gary introduced them to the rules and game play. Phillip and Everett spent their allowance money this month on several new Beyblades. We hear the words of "Let it RIP!" echoing off our walls now when the boys are home. Everett was obsessed with getting a Genesis Voltryek because it has the highest ratings in all battle attributes (endurance, battle, performance, energy, etc). Everett found the cheapest one (with my help) on Walmart.com, we ordered it and he payed me. Waiting the 5 days til delivery was torture. Simply put, the game is played with two gyros bouncing off each other in a battle.

Josie regressed with her potty training. She's constipated something fierce, her poops hurt too much because she holds them in. It feels better to her when she poops standing up?? In a corner?! She is doing fine with pee so that's good. I backed off of the potty treats this past week and did not remind her as often. She does the potty dance and often recognizes when she needs to pee. A couple of times she half peed her pants but made the rest in the potty. After Phillip pooping in the heat registers and all over the house, a couple accidents here and there seem like no problem at all. She was thrilled to pick out some undies I found in clearance (yes! Those panties are so expensive).

One day we went to Target for the kids to spend some allowance money on toys. Josie had her heart set on a Minnie Mouse purse. I told her she just got a new baby doll so no purse set. Ooooo The tantrum. It was epic. Folks were staring, I waved and said, "she's three, pay no mind." At home Josie took her new Cry Baby and threw it down the stairs. She yelled, "I hate you Cry Baby, stupid toy, I don't want you anymore, I love Minnie now." Oh fickle toddlers. The new baby did leak something fierce so Josie and I took the doll back to Walmart as a return. She slammed the doll on the counter, "I hate this baby." Whelp, we all tried hard not to laugh over her little feelings. A few minutes later she was skipping down to the check out kissing the package of the Minnie Purse set. All is right in her little world.

Amelia surprised me with a cute little fox she made with GCA's 3-D printer! She tied a green string about it's neck and made a cute little card as a late birthday gift! That was so thoughtful of her to think of me and worry about a gift. So sweet. Thursday we had some issues with Chloe distracting Mia and Zoe with her phone while the girls were studying. Amelia had to stay up past 10 doing homework because Chloe just didn't care about getting anything done while at our house. This coming week her phone is going into lock down until all homework is completed. I found a cute desk set for sale on Wednesday. We picked it up that night and set it up while Mia was at mutual. Now she has a quieter corner to study with her door closed in her room.

Friday we used our Pogo passes for an evening of play at KTR, an indoor skate and parkour park. Evelyn's school friend invited her to his birthday party so we all went along just for the heck of it. Everett was tearing up the cement this time on his scooter! He had several falls, one where he banged his knee quite hard. Neither of the boys would attempt the shallow "pool" getting over that lip is the hardest! The girls spent their time on the trampolines and playing tag on the large bouncy floor area. I wished for my younger self back, the one that could do front flips and ariels without peeing my pants or falling on my face. Justin went along for longer than I predicted! Usually, he wants to go at the first opportunity.

Saturday torture this week was cleaning the yards. Justin worked whack-a-mole on the sprinkler system for the umpteenth time this summer. The rest of us (minus Amelia, who was suffering from major muscle cramps after a hard PE lesson) cleaned up all the stuff littered about, picked up dog treats, mowed the grass, washed the play house out, and spiffed up the garden. Amelia made up for her reticence by cleaning with me in the kitchen and the upstairs bathroom. Evelyn had her friend Taylor over for the afternoon. The girls spent most of the afternoon playing on the slip n'slide and watering the lawn with the hose. They had a great time with the hose and the slide.