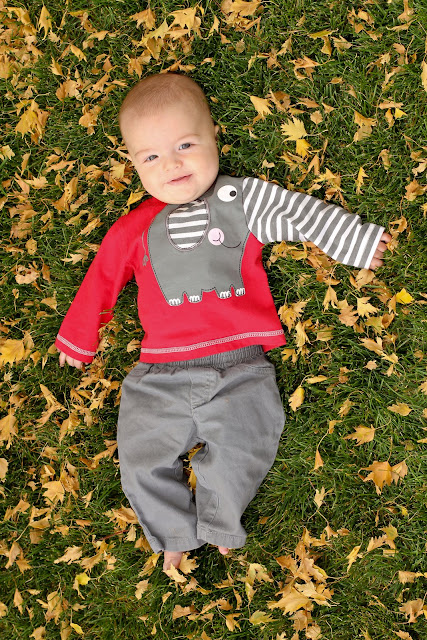 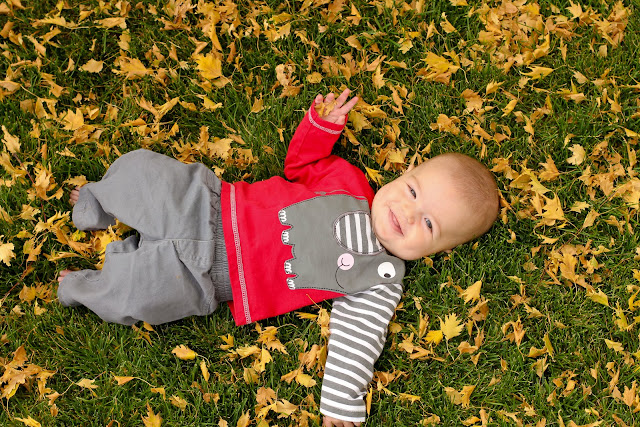 Everett is five months old now! Yesterday he was immunized at the clinic. No stats to share this report. It seems he is thinning out again so he must be a little taller. He is wearing 6-9 month clothing just for the length. Everett started in with the baby nazgul about a week ago. He shrieks with laughter and delight when the kids maul him, when I come near by, for Justin, and most importantly for his feet. We started calling him wet sock per his wet left sock/shoe. Monday his sock was so wet with slobber it very nearly dripped. My favorite development is what I call Inspector Gadget arms. His go-go arms are always locked out probing for things to grab. He successfully grabbed my glasses yesterday. I am not very good at tummy time, instead opting for moby wrap time (it is like a front carrier). Everett will roll from tummy to back with a couple well-placed pokes. He holds up his head like a champ.

I think we will start teaching him to eat baby cereal soon. He can't sit up well enough yet but is super close! I like my babies to be nearly sitting on their own before starting them on cereal. Everett is one cute little boy. We love him so very much. That ready smile and shriek of delight is so endearing. 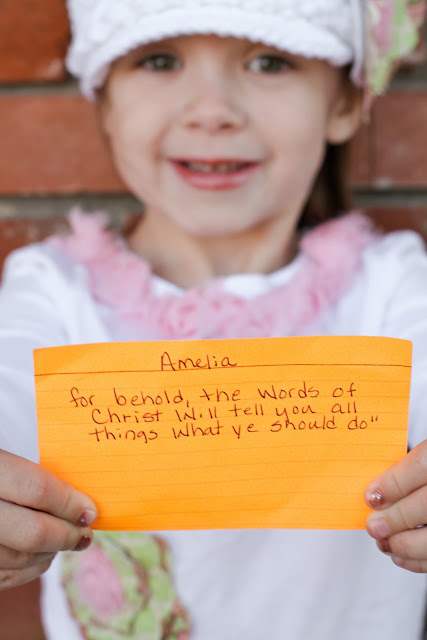 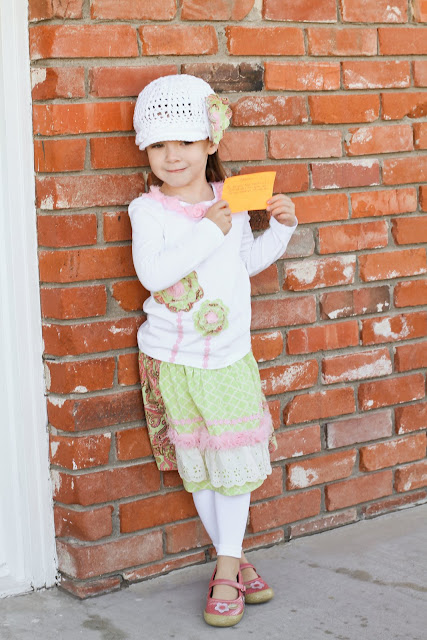 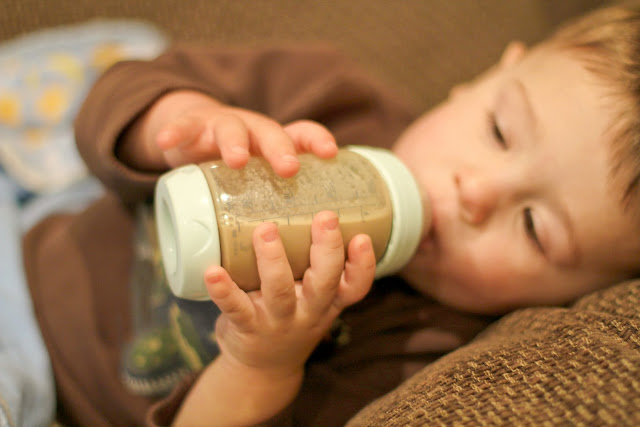 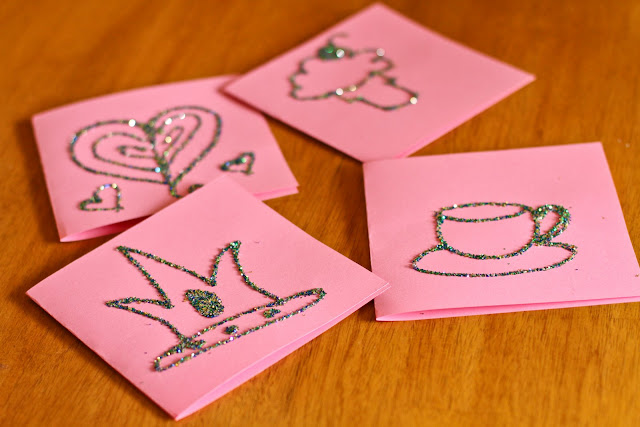 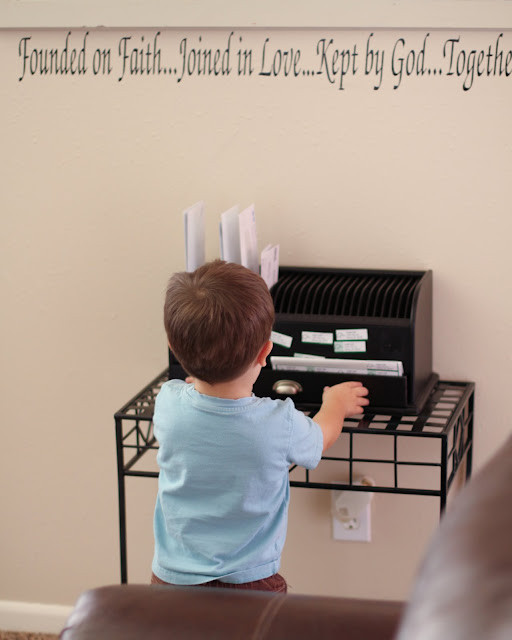 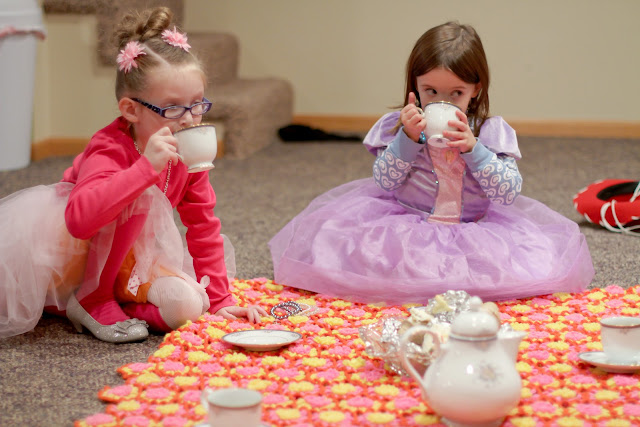 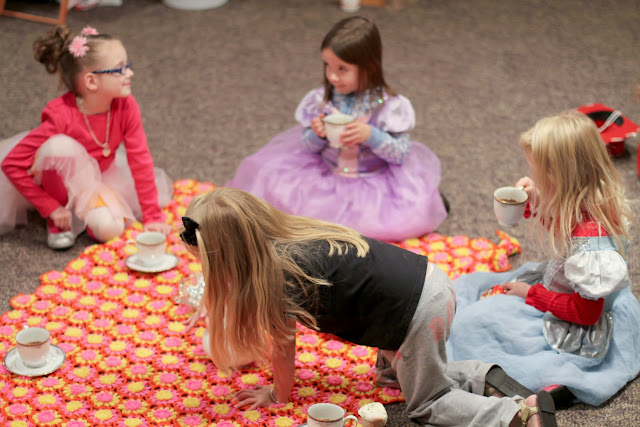 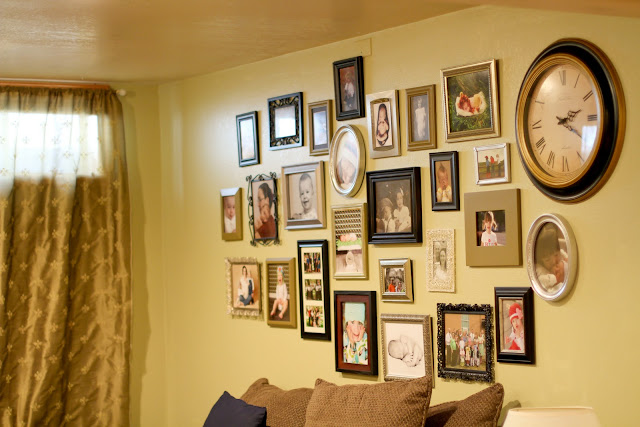 We bought a new microwave a month or so ago to replace our current one. Friday Justin found some time to take a look at the microwave situation. The folks who installed the current microwave hard-wired the appliance into the wall with a length of heavy duty wire to the main house line. Justin installed a new electrical box in the above the stove cabinet after we removed the old microwave. We went on a little jaunt to Cabela's to break up the evening. Justin got a new shirt for our family photos this week. Phillip fell in love with a camo fleecy. He hugged and cooed over his new treasure. We stopped at McDonalds for cones before heading home.

Saturday Justin let me take a morning nap. I woke up after 25 minutes but decided to sleep a few more minutes...that turned into another hour or more. I felt so groggy. After I woke up Justin wanted to get a tool to finish the microwave install. We could not find his wallet ANYWHERE. Between the two of us we tore apart the house on and off for the rest of the day. No wallet. He had it in the car at McDonalds so it got misplaced between the van and our bedroom. Most likely Phillip squirreled it away in one of his cubby holes. I had two photo sessions over the weekend. One with Miss Addy who turned one last week and another with the Bishop family. Both sessions were super fun. I got my new fancy 50mm lens on Thursday so enjoyed playing with it.

Sunday Amelia participated in her first Primary Program. She had a line which she memorized perfectly. The program was absolutely amazing. All the kids said their lines, sang with pure intent, and invited the spirit. I think about 3 non-member families were in attendance. I rarely cry but a tear or two fell during the program. The kids sang some beautiful songs this year. We went on a nice walk after dinner in 75 degree weather. The calm before the storm!

Monday I hung most of the photos in the basement. It is looking pretty homey and comfy now. My ceiling curtain track came in the mail...at least half of it did. I was bummed that half the track was not shipped. The company is mailing another track. We wanted to go to the Pumpkin Patch for FHE. Most of the local pumpkins this year were ruined by the hail. The pumpkin patch did not even open this year! So we packed up the kids and went to Walmart for pumpkins. We should get a chance to decorate them sometime this week. Amelia is learning about the letter R in preschool this week at Bryn's home. She begged for a tea party all last week. She made invitations with glitter and glue then passed them out at preschool.

Yesterday we hosted a little princess tea party. I had an order to sew up while the girls played and the boys napped. Alison subbed at the Drew's school yesterday so we had Ella from 7:45 until 3:30. The girls must be going through a developmental stage. I call it contrary syndrome. We are really struggling to teach Amelia how to be obedient, not just obedient but quickly obedient. She is using procrastination and creative excuses 99% of the time. Mostly it ends with me getting frustrated and her in time out. Ella and Amelia going through the same stage was sort of funny to watch. Poor Ella ended up being excluded from part of the tea party for some reason or another. I think she said it was because she did not want to play unicorn baby pet. The best part of the tea party was hearing little Lily use a totally authentic English accent. "Will you please pass the tea and crumpets, dearie?" LOL. The girls drank chocolate milk and ate ice cream cone cupcakes for about 10 minutes. The tea party migrated into unicorn pet games.

Phillip must be growing or teething. He is waking up quite a bit this week and is pretty ornery during the day. He bit my leg the other day and left little teeth marks on my leg,. This morning he threw an impressive tantrum over M&Ms when he wanted a tootsie roll. I think our Halloween candy will only be around a couple days. Mr garbage will enjoy the rest.