I Know HOW to Make Justin SMILE 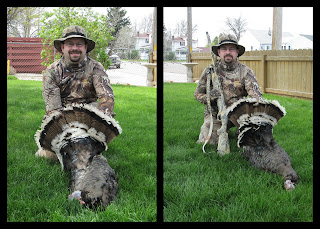 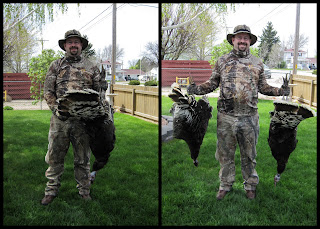 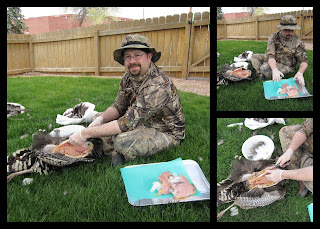 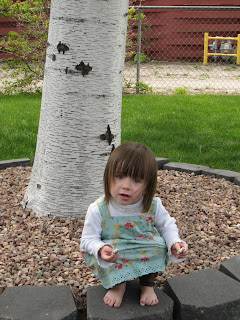 Little TURKEY! Justin gave me the most genuine smile, in front of my camera, for the first time since we wed 5 years ago. It took a long morning of hunting, two turkeys shot, and a promise of having the picture featured in a Cabela's publication. He once again left home around 3:30 am to get to the hunting spot before the turkeys left their roost. He went alone again, and circumnavigated the curvy dirt road with no problems. After sitting for 2 hours or more he decided to leave since there were no turkeys moving. As he hiked out two turkeys, a tom and his mate, appeared near a ridge. Justin was so excited. He tracked the dag-gum varmits for two hours before he got a decent shot. He took the shot after spotting the turkeys yards from him through a bush. Justin is certain these turkeys were either blind and dumb or just dumb because they did not spot him. He shouldered his gun and took the shot. With one shot he bagged two turkeys. Don't tell, he only had a permit for one. The funniest part to me was when he gutted the birds. I can just see him gagging from the smell and disgusting entrails. Domesticated turkeys smell pretty bad so I can only imagine wild turkeys. When we took the birds out of his trunk a cloud of dust filled the air from thier filthy feathers. Amelia watched in rapt attention as he carved the breasts off the birds. The breasts are usually the only edible part of wild turkeys. I will give a report tomorrow after Justin smokes the breasts and takes the first bite(s). I am so proud of my gun-totin', turkey huntin', smokin' of a man. I honestly prayed he would bag a turkey just to help him lessen the obession to kill something. LOL. Guess I should've prayed weeks ago. Next time we have a family photograph I will have to bring his latest kill to get that smile.

Guess I did get something done! 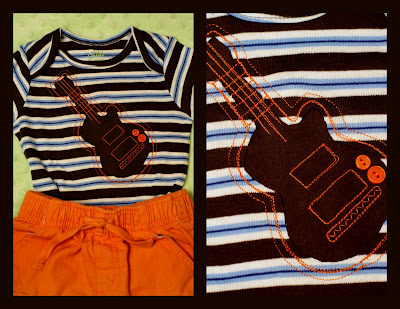 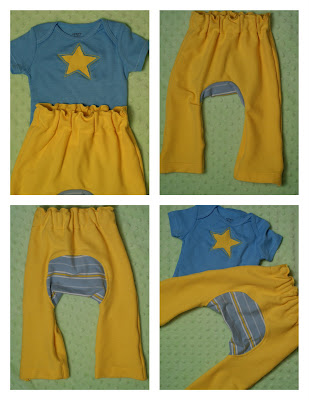 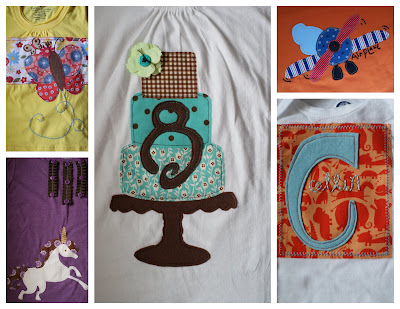 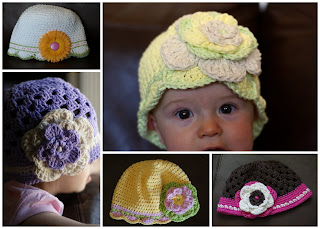 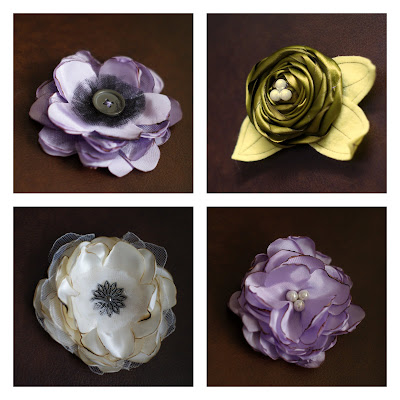 I thought after Phillip was sick that not much got done around here! Looking back it appears I was a busy bee. Justin would take the kiddos for an hour or so in the evening and let me crochet or sew. Here are some of my creations completed in the past two weeks. I have two other outfits that are not featured because they are not quite done. I can't find the finishing touches needed to complete them, bummer. I super adore the yellow pants. I bought the pattern off Etsy and made the pants from an old polo shirt and boys shirt from Salvation Army. Yesterday I made two onesies using a new (to me) technique of back appliqueing. It was easy and cute. My brother Jeremy will like the guitar tribute onesie for Phillip. Two of the flower clips were for an order, since I had the materials out I made two for me. So hooray!