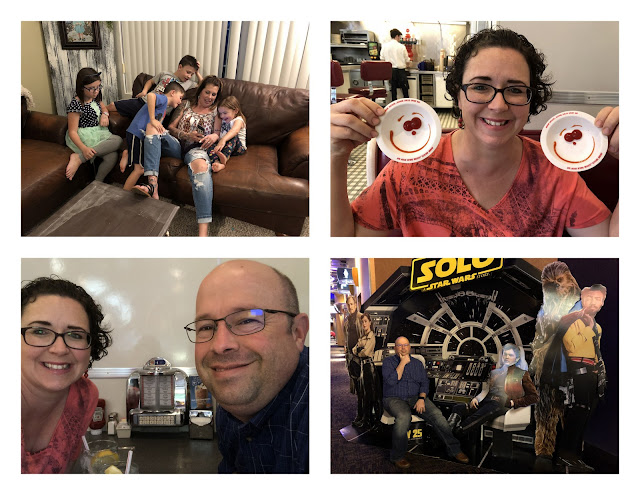 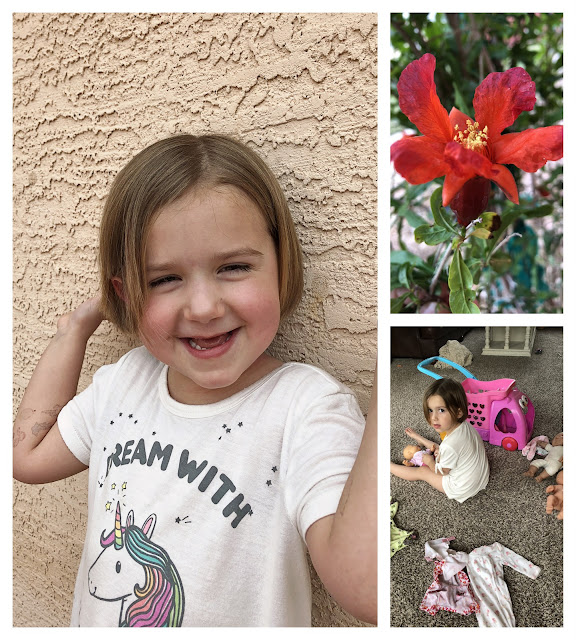 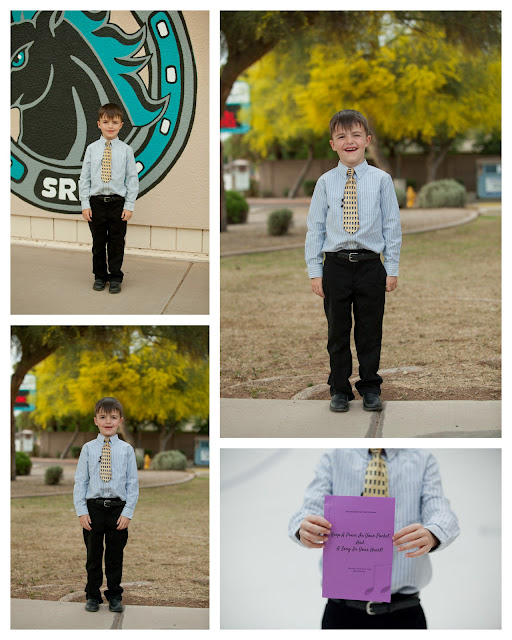 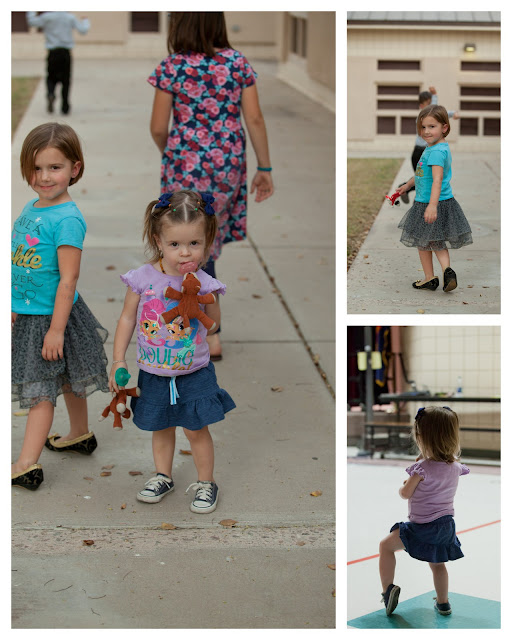 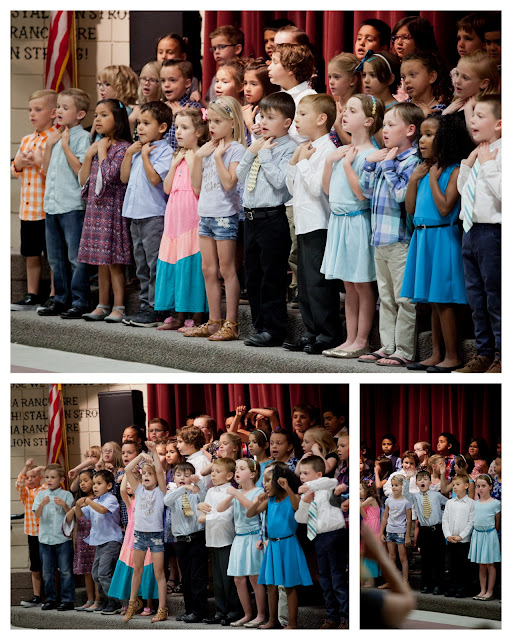 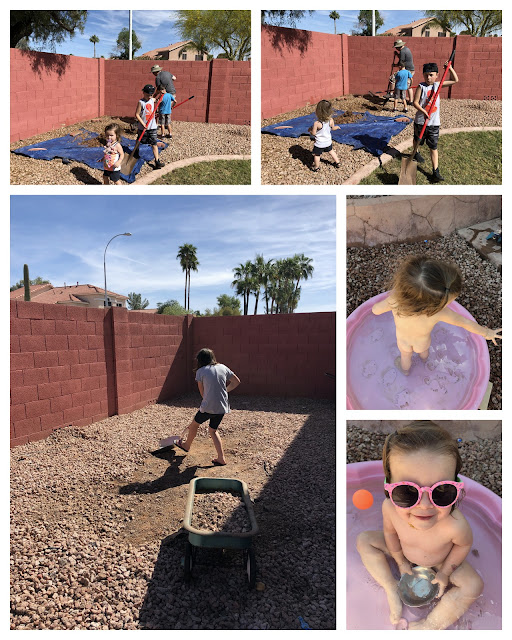 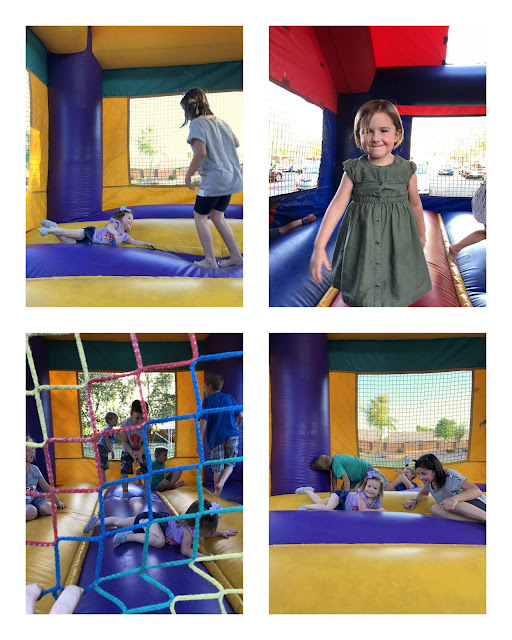 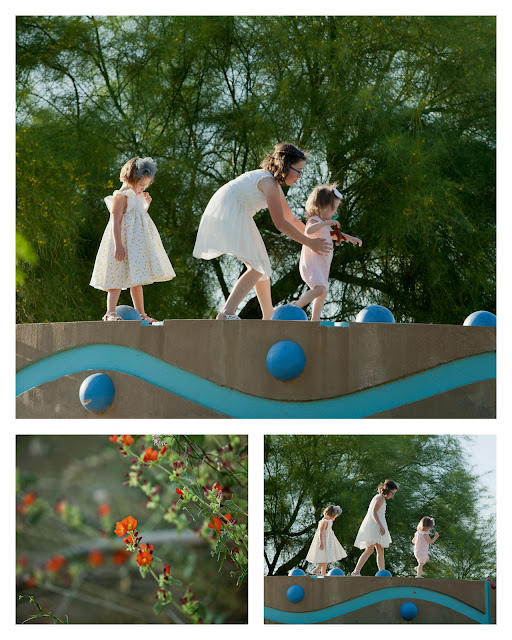 Monday Everett stayed home from school. He was the first child to stay home this school year! That is a pretty good track record. I'm not sure what is going on with that boy. Each morning he wakes up with new aches and pains and complaints about how poorly he slept. I hope we can figure out what is ailing him. Could simply be growing pains. Josie had a rough couple nights once Jen left early Wednesday morning. I let her duke out her sleep for 4-5 days, not really sure what happened during the nights since I closed my bedroom door and turned on the loudest fan setting. She was pretty cranky all week so guessing she was up screaming 2-4 hours each night. Around noon she grabs her favorite fox binky and my hand asking to go "nigh-nigh." Bless her little sleepy heart.

Jen and I ran some fun errands Monday and Tuesday. We did some thrift shopping, went to a wig store, lunched at Lo-Lo's chicken and waffles and took the girls to get pedicures. I desperately needed a pedicure! Evelyn was beaming over her cute nail polish. Everett tucked himself in the corner of the shop with my phone to entertain himself. He commented later that the smell in the nail salon was really nice. For FHE we talked about what our new Prophet said during Conference. Jen joined us for an epic game of hide and seek. She won the award for the best hider...except the one time Phillip bested even her. I hid him under the TV console table and shoved the CD and TV blanket flush against him. I was surprised he stayed still so long.

Tuesday Jen helped fix my botched milk paint job on the coffee table. She helped me narrow down a color for the kitchen cabinets and helped me get some supplies. Everyone seemed a bit down that day. Goodbye's are hard. Amelia had the best time with Jen, lots of one-on-one walks and early morning coffee runs. After school Jen took Evelyn to get a hair cut. Ever since our Utah trip Evelyn begged for a haircut just like cousin Penny. Jen watched the kids while Justin and I went out for the evening. I hear they had quite the time! Jen drove the kids to see the Mesa Temple, unaware it is surrounded by a poorer part of town. She would not even let the kids out of the van! LOL. They got a fun treat instead. Justin and I ate burgers (sans carbs) and watched Tomb Raider. Fun times. After we got back home Jen related how impressed she was that each child wanted to pray for her right before bed! Seems I need to do a better job of ruling over our spicy pizza child. She is so forceful in all she does it wears on my patience. The reminder was duly noted.

Jen's flight left around 7:30 so we arrived at the airport around 5:30 am. She made it home back to her boys safely. We are so, so happy she could come and enjoy our warm paradise for a few days. I was in a terrible funk the rest of the day. Could be all my new hormone treatments are affecting my disposition...making me feel irritable. Grrrrrrr. All the advice from Justin and Jen also made me contemplate my role as a mother. I am terrible about taking advice from other people, it always feels like an attack of my character. My pride is vast! A few tears, hugs from the kids, and a talk with my mom helped immensely...oh and that good night of sleep.

Everett was up early and dressed nicely for his first grade concert. I helped him put on different clothes since his outfit was blue gym shorts with ratty tennies and a black shirt. His teacher said to wear black, teal, or gray for the morning concert. Apparently, he earned another grade level award for being nice! He forgot to tell me! He's earned two out of the three available grade level awards. After school I taught my new piano student Chloe, plus I have a new student on Tuesday as well. Chloe got to play with Mia the rest of the afternoon. Everett got all spruced up for his concert right before dinner. I caught him practicing his moves in my bathroom! Justin attended half of the concert due to an important church meeting. Amelia ended up taking Josie outside since she kept running around near the performing kids. The theme was a poem and a song. The kids did a great job reciting poetry and singing a song with the same theme as the poem.

The little girls and I took a trip up to Scottsdale to check out Goodwill and Savers. The area is a bit more ritzy than Gilbert. I was on the search for some dresses for Mia's birthday photos. Totally scored! Lots of cute summer clothes for all the kids. We met Justin for lunch at the ever favorite Jimmy John's. Justin got a new lemon tree to replace the peach tree that died last year. Saturday morning found us all working hard. Justin and the boys dug a hole and prepped it for the new tree. Amelia, Phillip, and I worked on stripping the side area of rocks and relocating the rocks to other areas of the yard needing better coverage. My plan is to put an above-ground pool on the North side of our house. It will get partial shade in the summer which would keep the water temp down a bit. Now to find a pool that will fit the area and our budget. The ward held a Spring Fling BBQ at the Val Vista ramada. The ward even rented two bouncy houses for the kids! Justin learned one of the sisters in our ward was also in his singles BYU ward pre-mission! Small world.

Primary was rough this week. I had a migraine which did not help matters at all. One of the presidency is a vice-principal so runs Primary like a school. I am a bit more lenient when singing time comes, thinking the kids need to expend energy more than sit and listen to more talks. This sister often interrupts me to "regain" control of the kids even when they are being good. Drives me nuts. Yesterday she reamed me out for not teaching the kids like a music teacher should and letting the older boys get a bit too rowdy. Embarrassing for me and the kids. They are learning the words and doing great so I don't get why I needed a dressing down. Second time in one week...anyone else want to take a hit? I'm down folks.

PS: the Palo Verde trees are blooming gorgeous lime-yellow flowers that remind me of forsythia. I took Mia out on Friday evening for a few photos. Took all the girls out Sunday afternoon for a few more. I quickly sewed up a dress for Evelyn I had planned that matched the flowers perfectly. I felt better about myself making some gorgeous art with my cute girls. Too bad the boys hate photos so much.