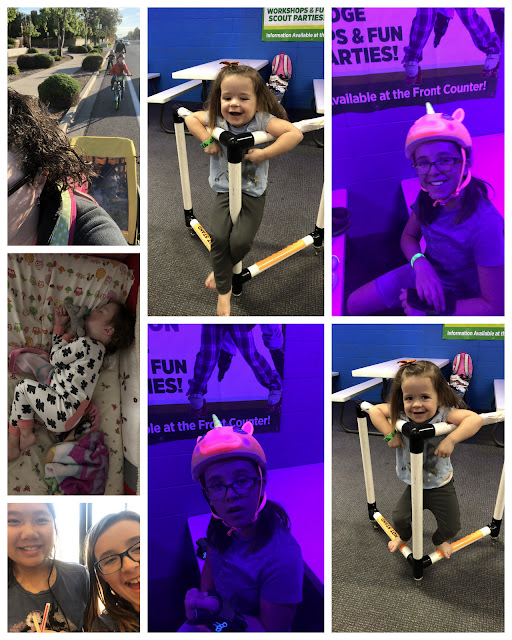 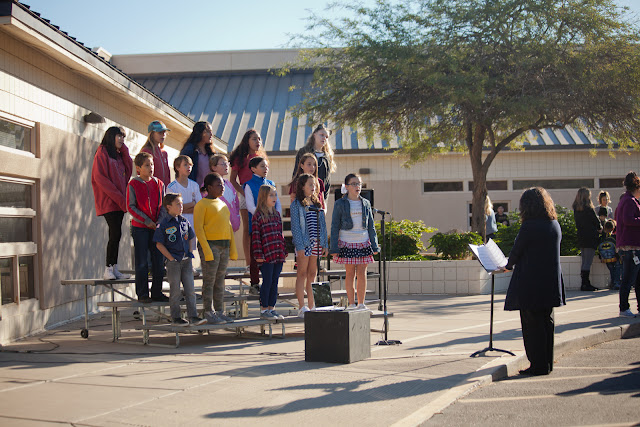 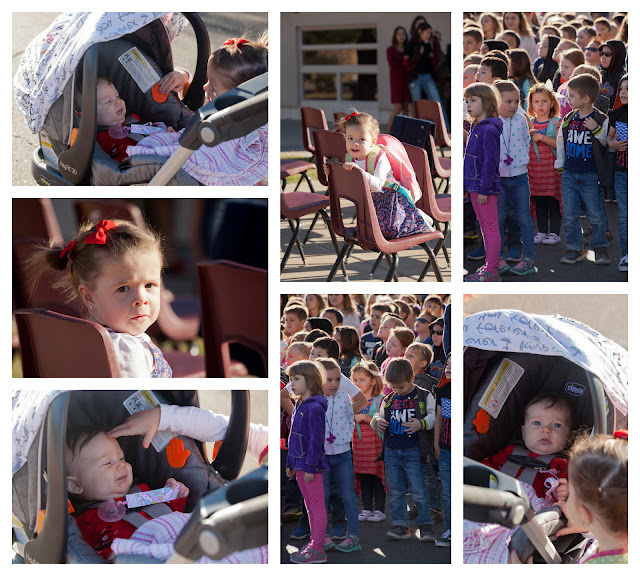 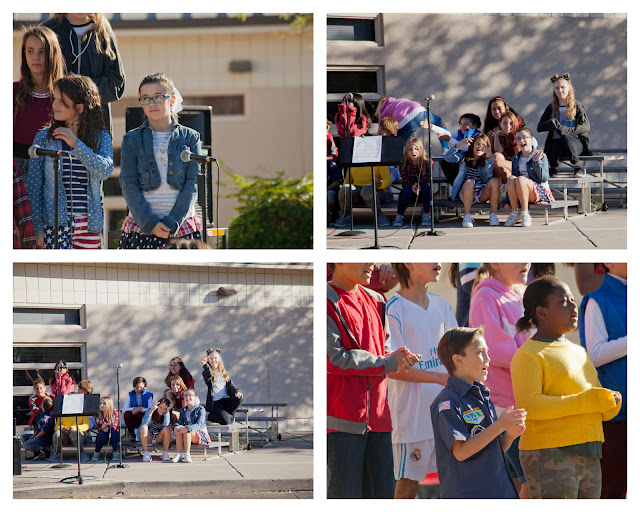 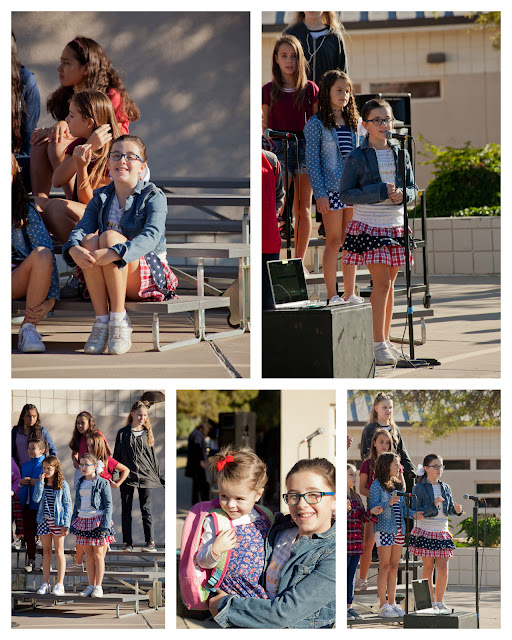 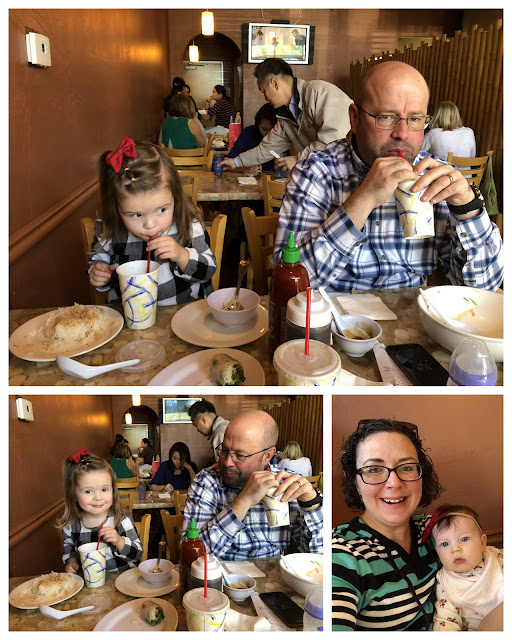 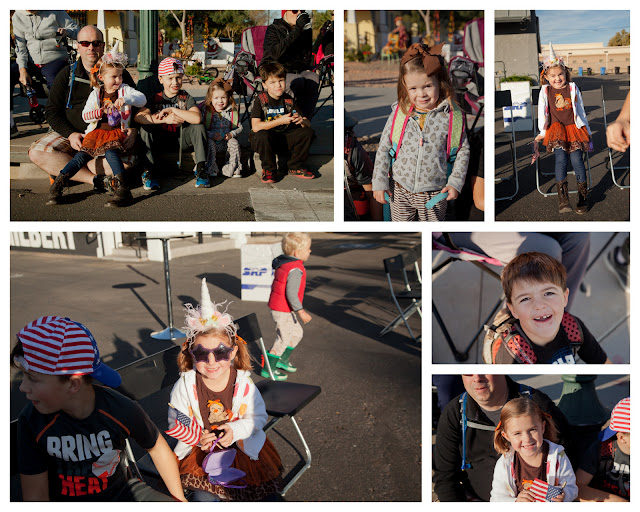 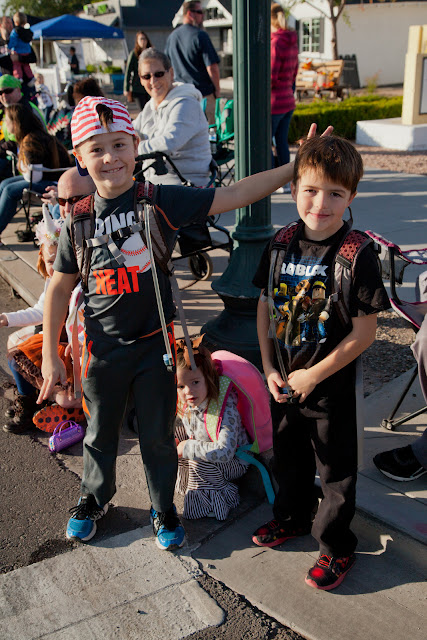 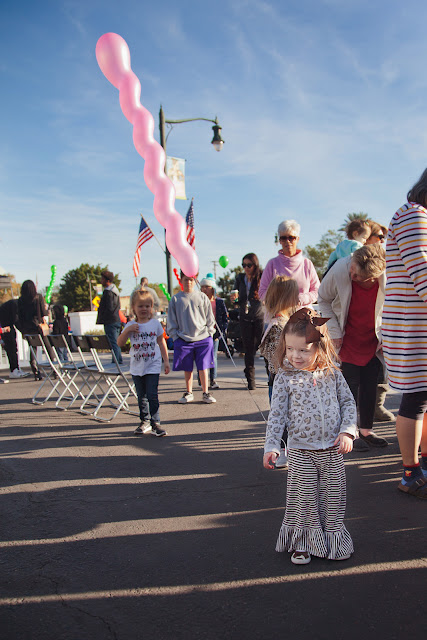 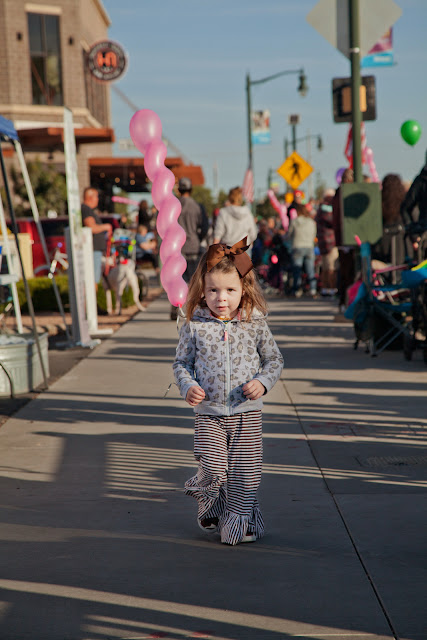 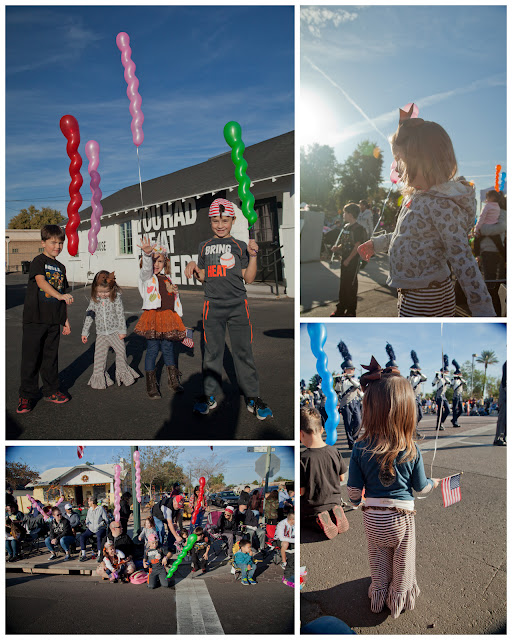 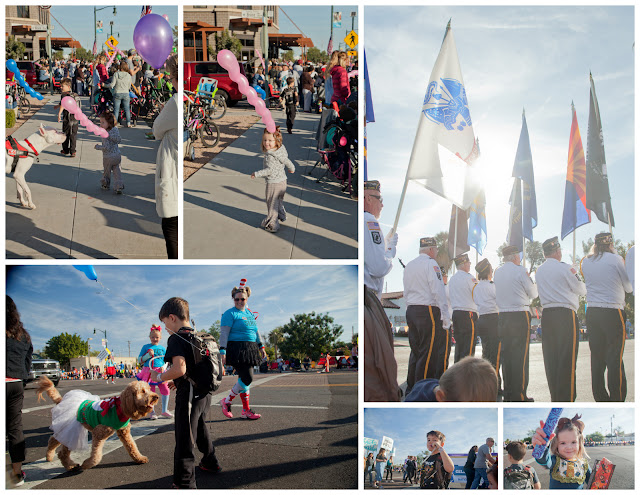 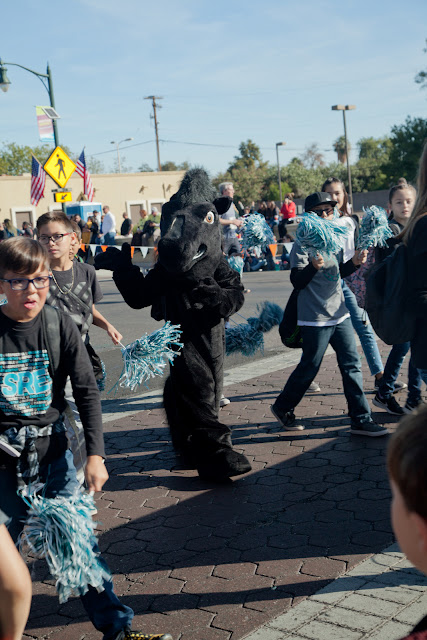 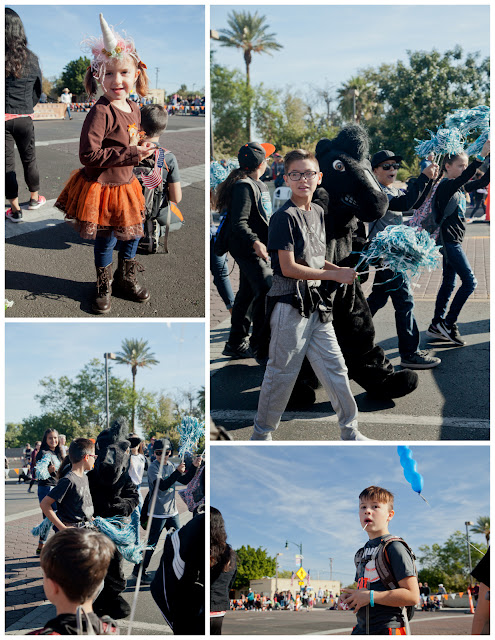 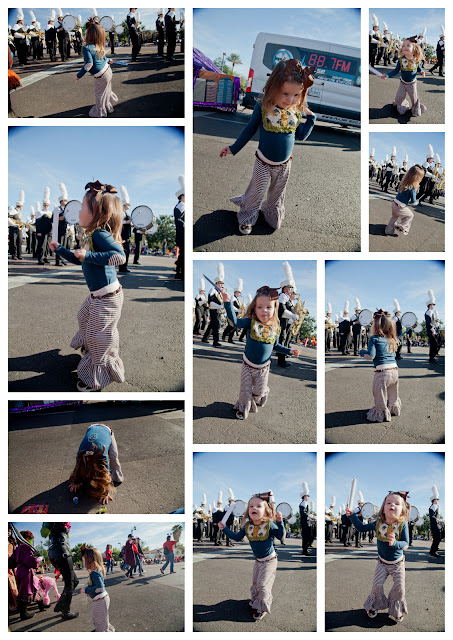 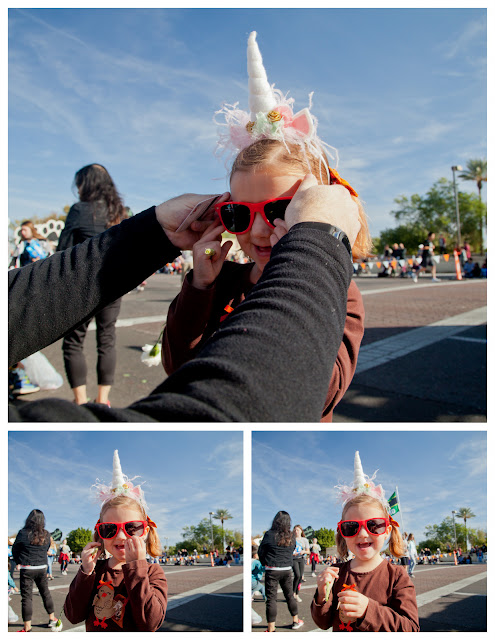 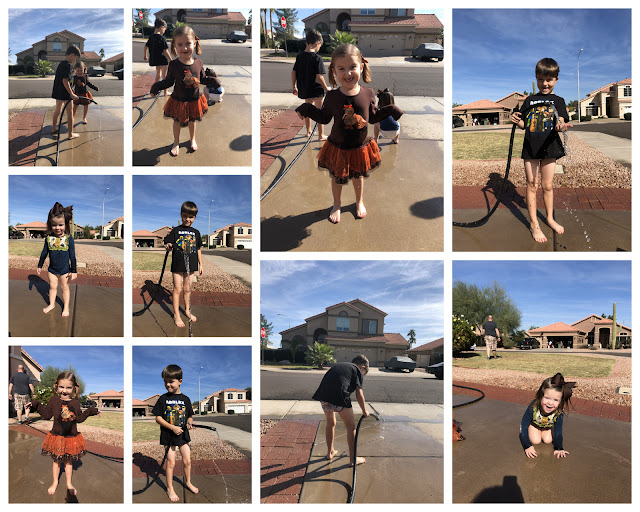 I forgot to write about last week, it was quite a busy week (writing this a week later than usual). We enjoyed a nice Veteran's Day. Chloe and her brother Ronald came over for the day to play and hang out. We enjoyed a couple hours at Skateland for a morning activity. Chloe and Ronald were not so keen on learning to skate so they mostly just watched. All my kids except for Josie were out on the floor for hours honing their skills. We had our FHE lesson on Sunday night, we are trying that out in anticipation of the new curriculum changes. Learn the gospel on Sunday and play on Monday. Justin did not get home until after 8 on Monday so we did not get to the play part of FHE.

Tuesday morning I drove the kids to school with Gabi in tow to attend the Veteran's Day program. Amelia was performing with the school choir. All the kids came outside to the front parking lot shortly after the morning bell. We listened to some speeches, a poem, the Boy Scouts raised the flag and led the Pledge and Anthem, then we listened to the choir sing American Tears. Amelia had a solo part that she performed quite well! Josie amused herself climbing on some chairs set out for those interested. Right after the program I ran to Labcorp to get some blood drawn. That took another hour of my life waiting in a room with two active kiddos. We continued the torture with a trip to Kohl's, everyone was already tired so why not continue?!

Justin turned 43 on the 15th! He celebrated by purchasing a new smart watch to replace his old one. The kids were quite excited to singing Happy Birthday to Justin over the phone while he was driving to work. Josie, Gabi, and I met Justin for birthday lunch at a delicious Pho restaurant near his work. He celebrated by working overtime again and getting home just in time for birthday brownies.

Evelyn had us all laughing one morning. She was acting quite angry, when questioned about her behavior she told me about her dream the previous night. "I dreamed that Santa only gave me a rock for Christmas. You know, the rock that is black and means you are bad?! I feel so angry and don't want a rock for Christmas!" I die! So hilarious. Needless to say, Santa might just get her a black rock for kicks and giggles.

I spent a good part of the week culling and editing a photo session of a large family. She wanted candid and posed so the session ended up with 113 photos to be edited. Yikes. Took me all five afternoons, several nights, and parts of Saturday to finish up. I agreed to watch Miss Gabi for 7 hours starting in December from 9-4, M-TH. Lord help me!

Amelia got to march in the Gilbert Days Parade this year since she is in student council. Amelia wore the Stallion costume for the parade. She reported that it was hot, uncomfortable, and the last time she will parade around in a horse costume. Ha ha ha. Still, from our perspective it looked as though she had a good time. The parade route was a mile long of slow walking. Justin made sure all our bikes were ready the night before. We avoided all the heinous traffic by biking the two miles over to the parade route. We found an empty spot near a lamppost and settled in. A company a block down was handing out twisty balloons for free. The kids quite enjoyed their cool balloons. The parade was quite fun! Lots of marching bands, bag pipes, dance companies, and cool vehicles. Josie really got her groove on towards the end of the parade. She was joined by a lady dressed as Gamora from Guardians of the Galaxy, Josie did not even notice for quite sometime that a strange green lady was dancing with her! She quite melted once she did catch on. After the parade we biked back home with our balloons trailing in the wind. The kids played with the hose while I cleaned out the bike trailer with the hose as I needed it. The trailer was quite disgusting, yuck. Our order of smoked shredded pork from the Boy Scouts arrived just in time for lunch. We snacked on smoked meat the rest of the day.

Sunday I was released from my calling as the Primary Music Leader and called to be the Ward Music Director. Pretty much I just have to wave my arm about during the hymns and enjoy the sacrament by my lonesome up on the stand! I might enjoy watching the circus down below with more delight than is proper. Ha ha! My turn to be alone on the stand after all these years.