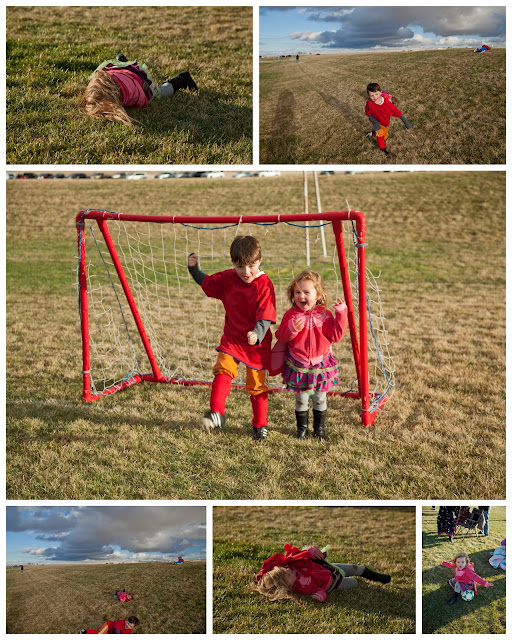 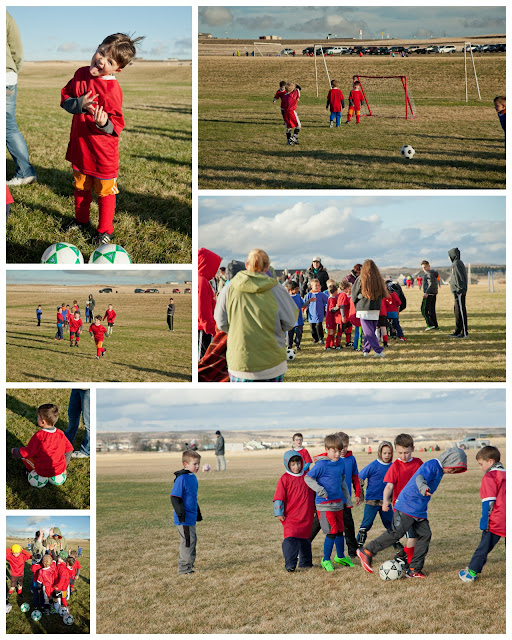 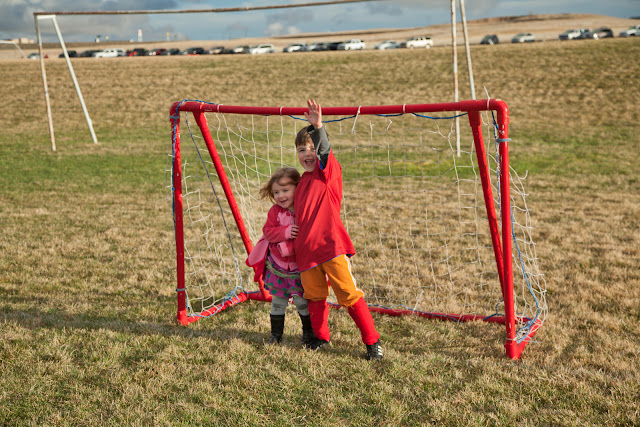 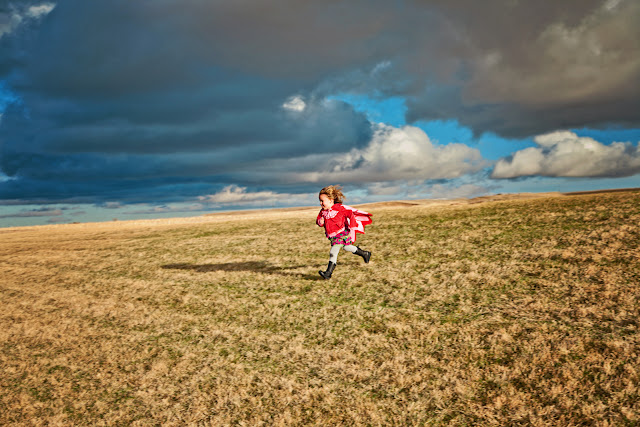 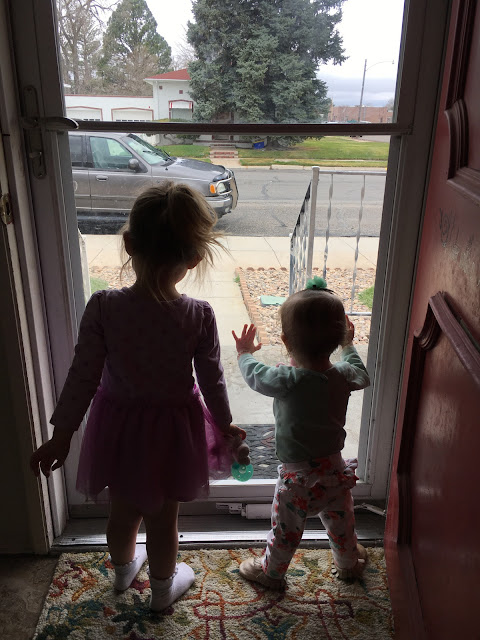 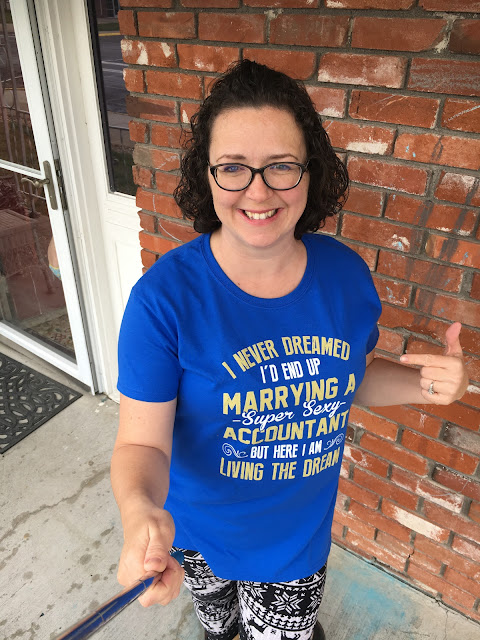 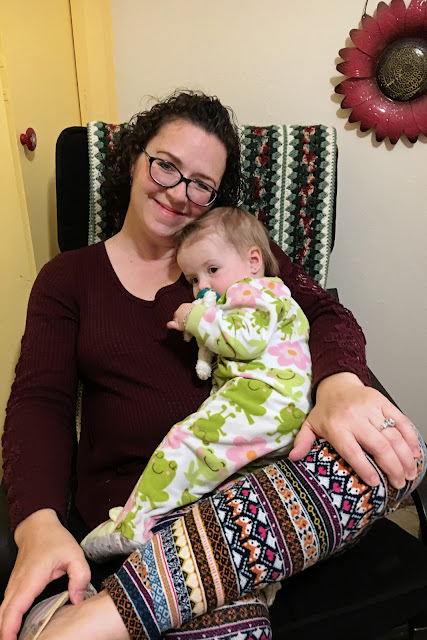 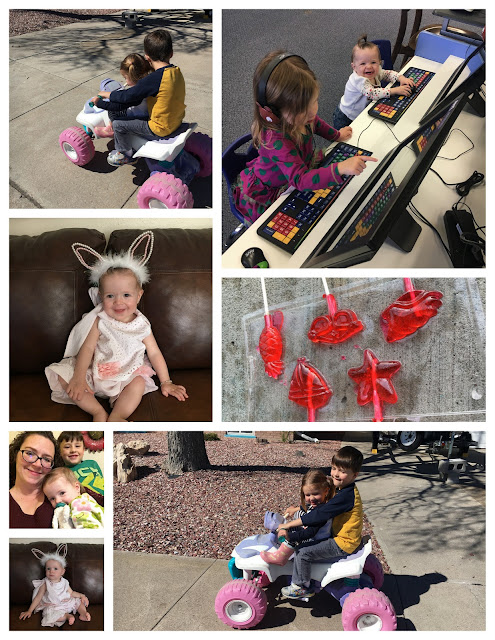 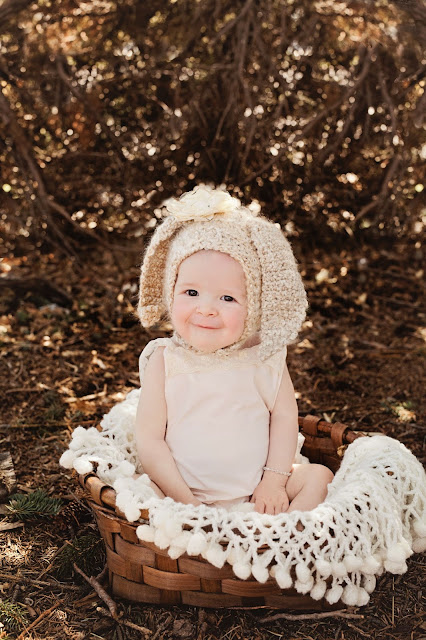 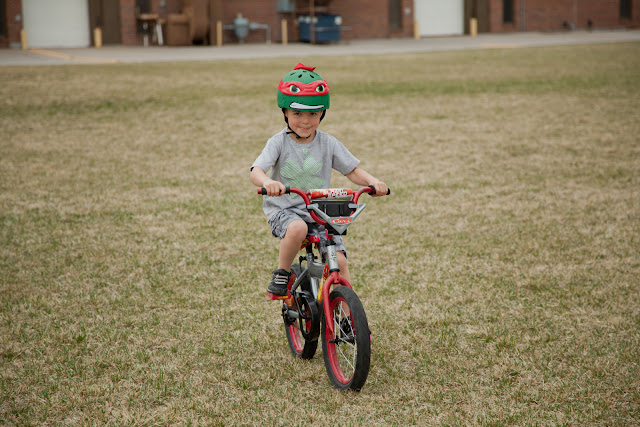 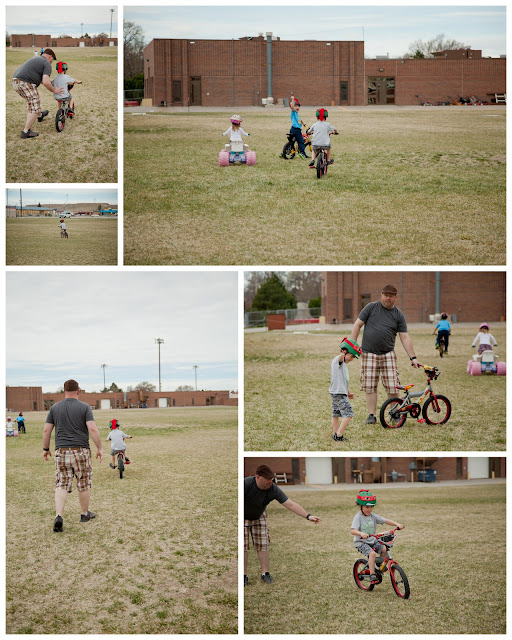 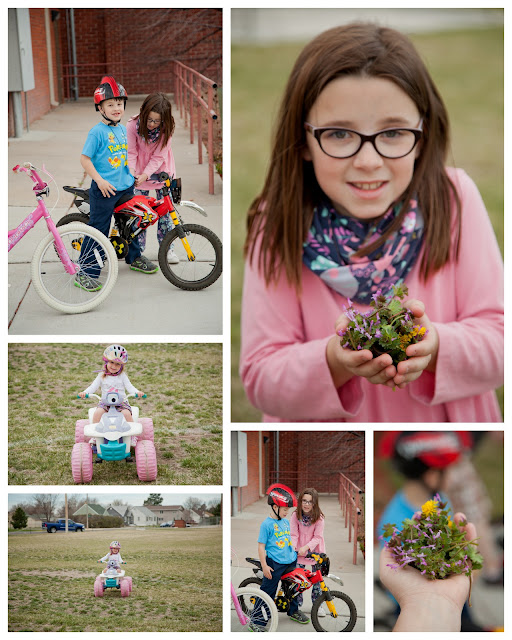 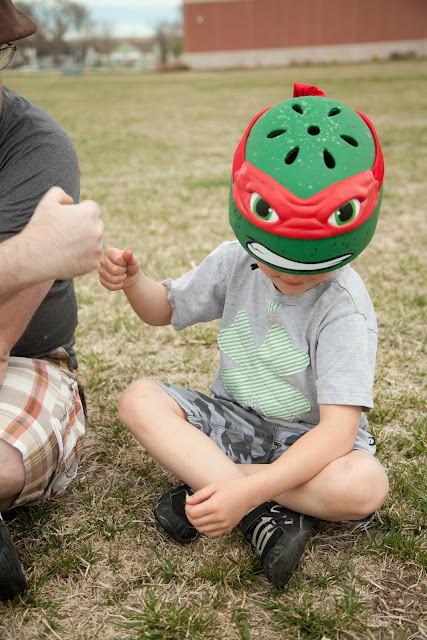 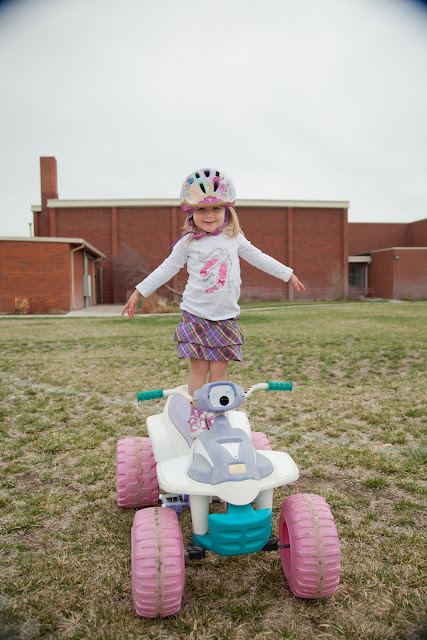 Soccer games on Monday. Same old, yet exciting story. It was cold, cold, cold on Monday. Evelyn's coveted Owlette jacket was not enough to keep her hands and nose from turning interesting shades of purple and blue. She was miserable...until she learned how to roll down the embankment. She soon ran up the hill, rolled down, and repeat until she warmed up. Everett's team is undefeated! They are all playing so well as a team. Phillip wore his new jersey, just one size up from the youth large, it was swimming on him! He loves the new size so whatever! It will fit next year right?! The sky was absolutely stunning when the sunset light up the rain clouds hovering by. I love the Nebraska sky, nothing is wider or prettier than the sky here.

Tuesday I met with Phillip's "Specials" team, the quarterly IEP meeting for Speech. I am so glad he is still involved even with his minimal speech issues. The feedback I got from all his teachers was how happy and excited Phillip is at school. He is so friendly and kind, just distracted. He is doing very well overall. His reading is improving in leaps and bounds each week. Every night he reads one verse from the Book of Mormon, each day he reads a bit better. The only remaining speech issue he has involves "S" while he speaks, he just drops that sound if it's not necessary.

I got a surprise shirt in the mail: "I never dreamed I'd end up marrying an accountant but here I am living the dream." Justin was pretty delighted about the shirt. I wore it much to everyone's amusement. I even took some rare selfies for Justin. Amelia read the shirt several times during dinner, finally exclaimed, "That shirt is very inappropriate!" She read the shirt to Phillip, he asked, "well who is Mr Saxy?" Amelia: "Phillip it's Mr Sexy, not saxy." Phillip: "Ok, who's Mr Saxy?" Oh gosh, I was giggling so hard. Silly kids. I made lollipops for FHE on Tuesday night. The first batch burned and the second batch did not reach hard candy level, the candy ended up a strange hard/soft texture. The kids did not care, it was watermelon flavored sugar. Our lesson was on Thomas S Monson's Sunday Morning Conference talk.

Everyday around noon the girls either wait outside or hound the doors/windows waiting for a glimpse of Justin coming home for lunch. They give Justin the best welcome home salute in the world. Josie waves enthusiastically, hides in my shoulder, and sighs a cute hello! Evelyn runs to Justin and wraps herself around his legs. We are so, so lucky to have him home during the day for a few moments.

I spent the drearier days this week sewing up Easter dresses for the girls. Oh my gracious. The dresses look like ball gowns on the older girls. I pieced a dress using snippets of fabric here and there for Josie. I was really worried about making the ends meet but somehow managed. My shirts revealed my work, thread and fluff sticking here and there.

Evelyn had a nasty dry cough this past week. She did not rest well at night in her own bed, so crawled into our bed to hack and wheeze with company to enjoy her misery. We were all pretty cranky this week from lack of sleep. She would cough and cough until about 2 am then finally fall blessedly asleep without hacking. She is still not a fan of underwear. In fact, she used a pair of scissors to cut one pair of undies to shreds. I was quite amused that she was able to cut the fabric into such small ribbons. Just let it out there sweet girl: you hate potty training just as much as I do. We are not making much progress with getting number two in the correct location. She laughs over cold showers, waves off me eating her candy since I had to clean poop off her bum, and is a minor level stinker. This too shall pass...before she goes to school...I hope. We stopped by the library just to get out of the house one afternoon. I am so grateful to add the library back into the rotation of things to do.

Friday I took some cute photos of Josie as a bunny hiding in a warren. Yep, she rocked it. We were up at the Memorial Gardens, we spent an hour perusing the Spring flowers, wandering the paths, and exploring the area. The sunshine felt marvelous. We had to return home because Miss Pooper pooped her pants. We left the park early the previous day as well because she peed and popped her pants, right after we made an unfruitful trip to the bathroom. Lots of stinky laundry going on round these parts. Before that she had a great time feeding the ducks and clocking some geese with small rocks.

Amelia came home twice this week crying over friend drama at recess. She has a church friend who can be rather bossy, she invited this friend to join a game her friends were playing. The friend came in and changed all the rules and made new ones, made Amelia play the part of a cat (gasp). Amelia has an infinity for dogs and unicorns, cats are so not cool. The game ended with lots of hurt feelings and strained friendship. I think a one-on-one play date is needed, help them work out differences.

Everett has a bad habit of holding onto his private part(s). That kid always has a hand down there, unconsciously. We discovered this week he often forgets to wear undies, which tickles his parts. We are doing random underwear checks now. I enrolled his teacher at school to help out during the daytime hours. Hopefully with enough reminders we can help him break the habit. He knows the reasons why he should not be handing his privates, the discussions are plentiful. He just needs some positive reinforcement.

Justin removed the training wheels from Everett's bike. We walked over to the Jr High field where Everett could practice biking on softer grass. He was quite nervous. Justin instructed him on pedal placement then shoved him off. He went riding across the grass like a pro the first time. He fell over a couple times because he was scared to stop. The best was Phillip whooping and hollering over Everett's success. He is still unsure about riding on the sidewalk but tried it for a couple paces before veering into the grass. Phillip got a pocketful of posies for me. He collected a handful shoved into his pocket. Amelia added another handful of purple flowers. Evelyn collect a large fistful of dandelions and had a yellow nose due to smelling the flowers. We worked to clean up our yard after the winter's collection of branches and trash. The kids were sooooooo hot after working, they pulled out the wading pool and the sprinkler to cool off. Course the water was freezing cold so they bundled into towels with popsicles. We had a nice dinner on the clean lawn of crackers, ham, and cantaloupe. Justin put on Star Wars after dinner and baths. The basement was suffering from post conference explosion so we worked on cleaning up a bit during the movie. Phillip was thrilled to watch the part where Luke Skywalker carried Yoda in a backpack, thrilled because he has a Yoda backpack. Justin is doing his fatherly duty of indoctrinating the kids to classic Star Wars.

Justin started taking the kids one at a time on an after dinner walk. So far he's taken Amelia and Phillip. I hear the walks are perfect bonding moments. Amelia talked non-stop in excited pre-teen manners. Justin said he could hardly keep up with the chatter. I imagine Phillip's walk/talk was more caveman level. Grunt? Chest pound! Grrrrr....stomp? Fart. Yep.

Today I got to snuggle a sleeping Josie during church. These quiet moments are so rare now. I adore being a mom and holding my own child's sleeping body. Sunday School was marvelous today. We watched some Easter based Mormon Messages. Then I read 3 Nephi 11 to the class while the kids closed their eyes and imagined themselves in the story. The spirit was so strong it was coming in waves, we all had tears in our eyes. I feel such a burden to teach these kids, they instead teach me and help me feel the spirit. It is all God, somehow I manage to utter a few words that God takes and makes into something amazing.