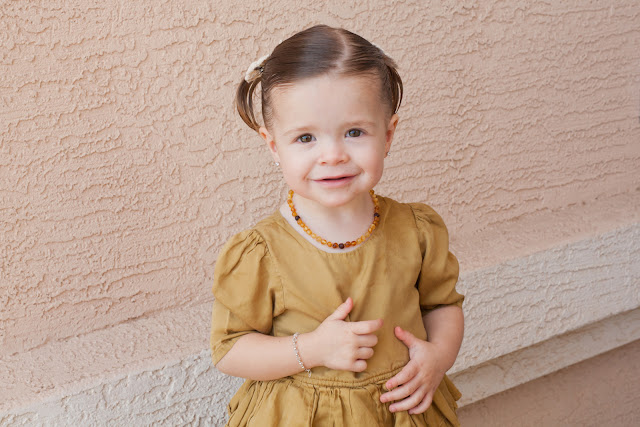 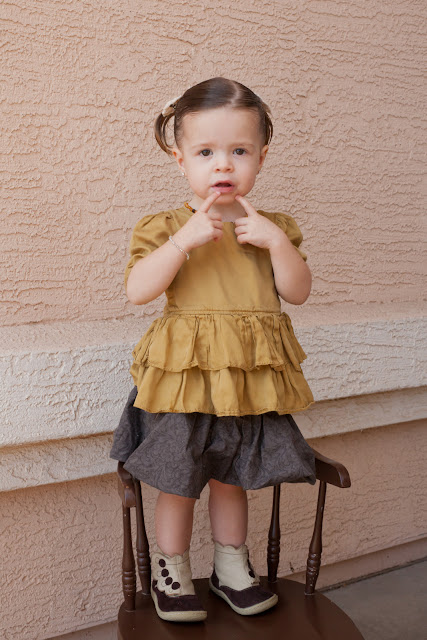 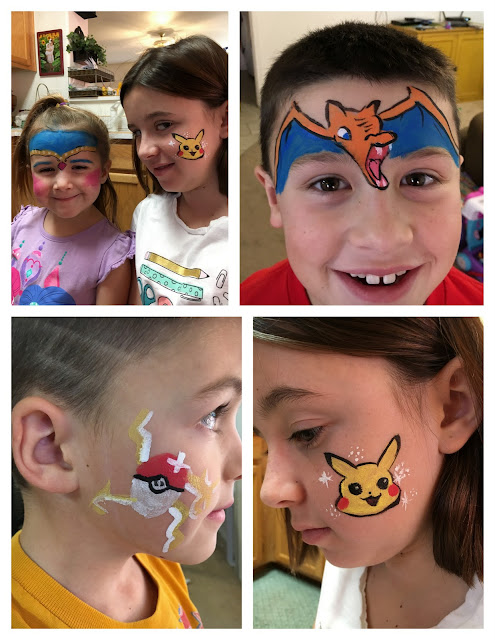 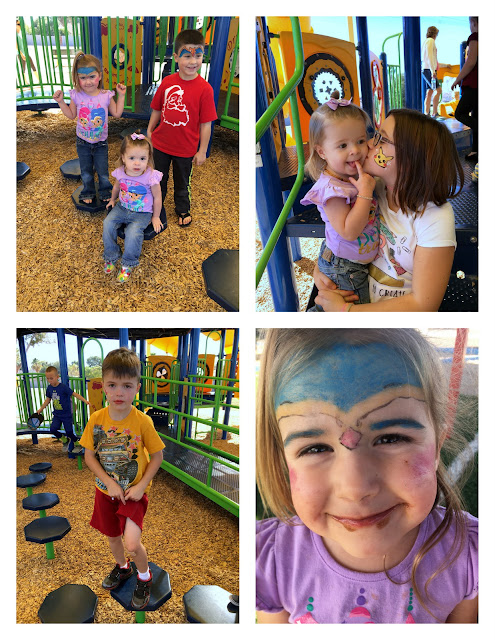 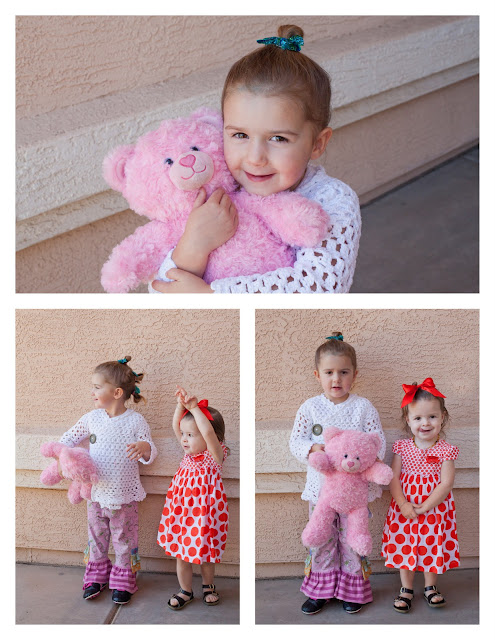 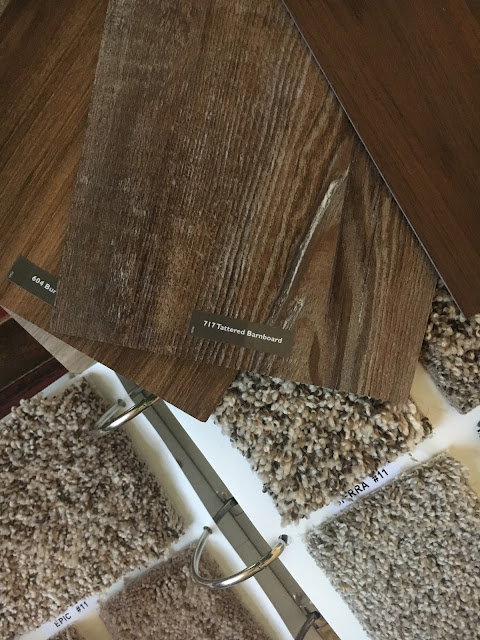 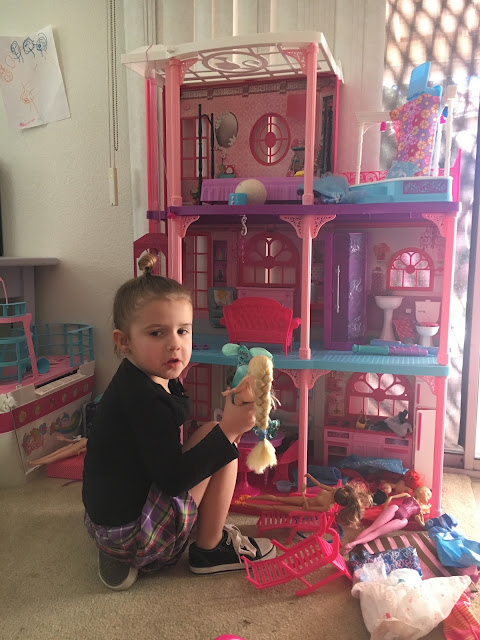 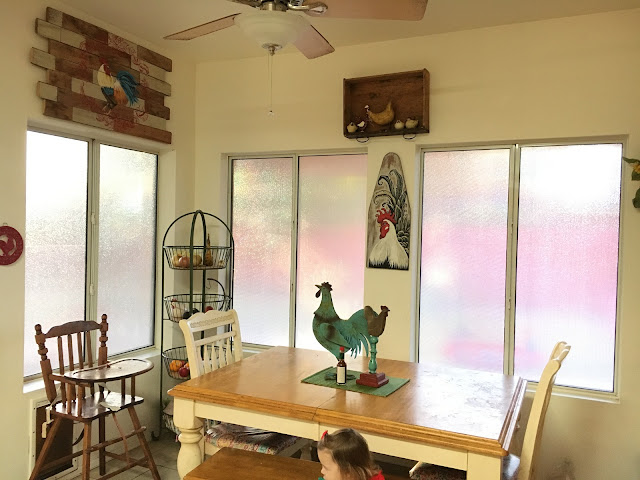 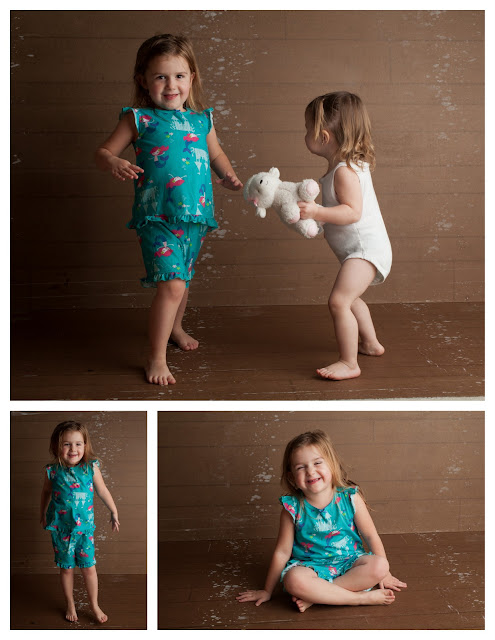 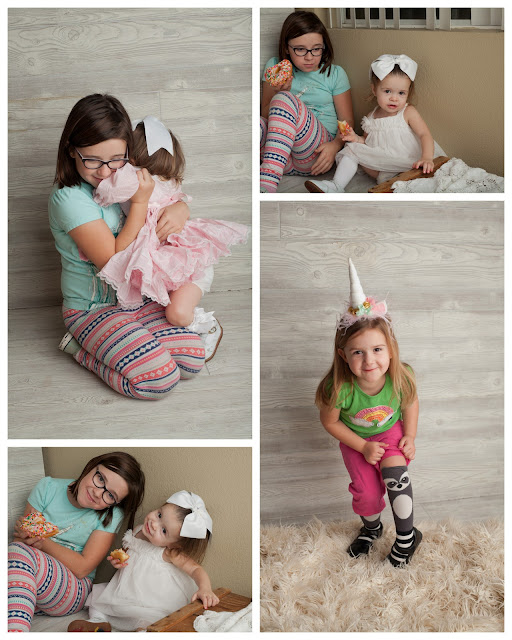 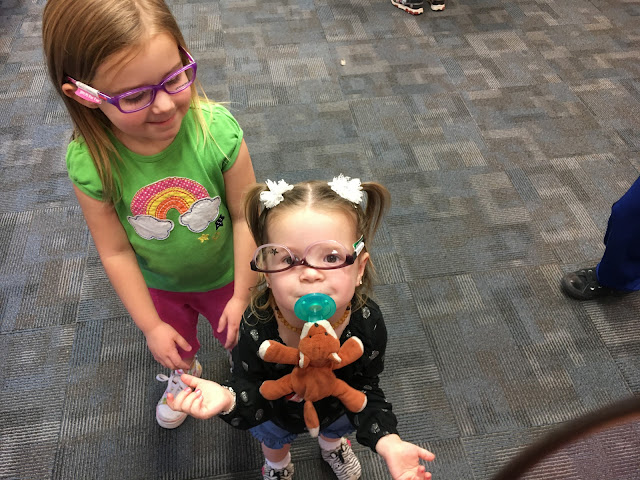 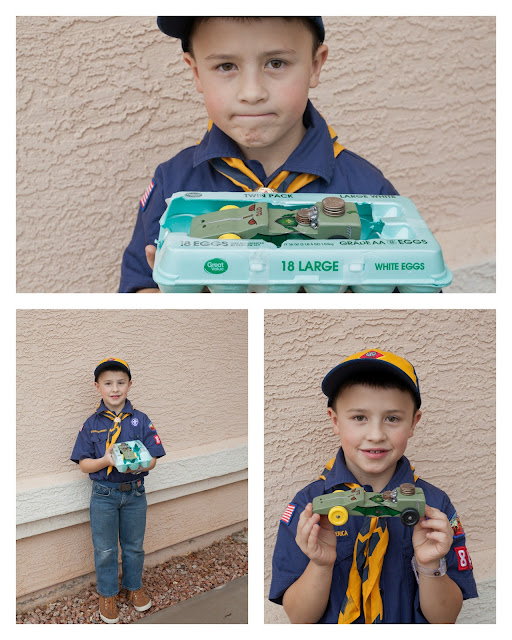 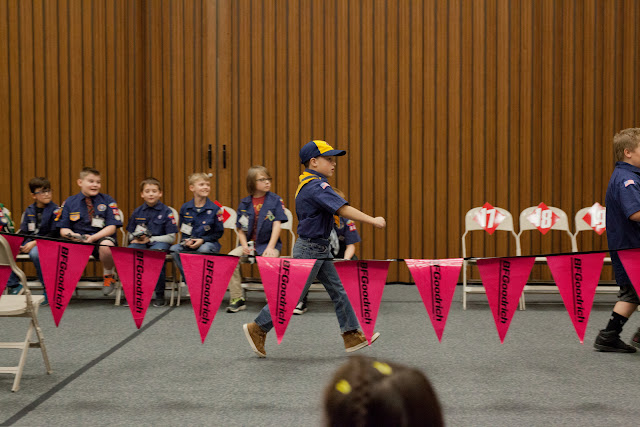 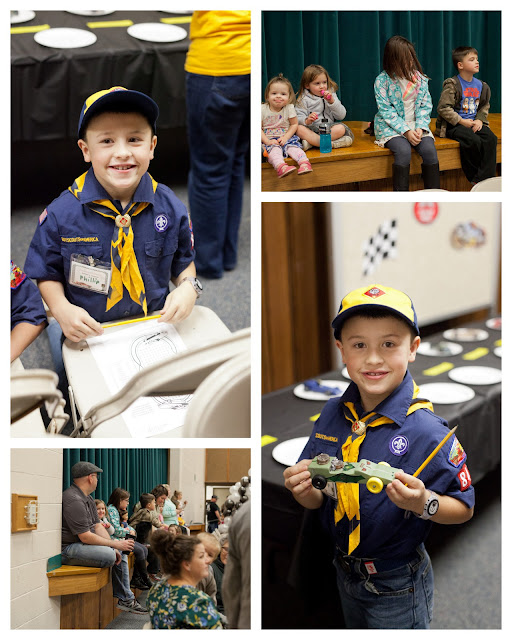 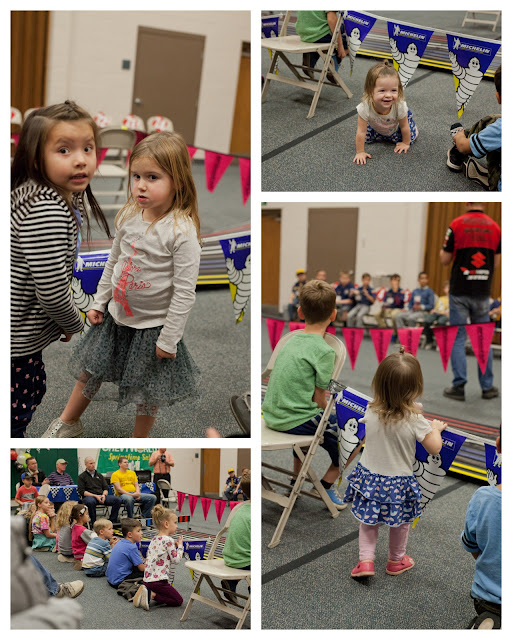 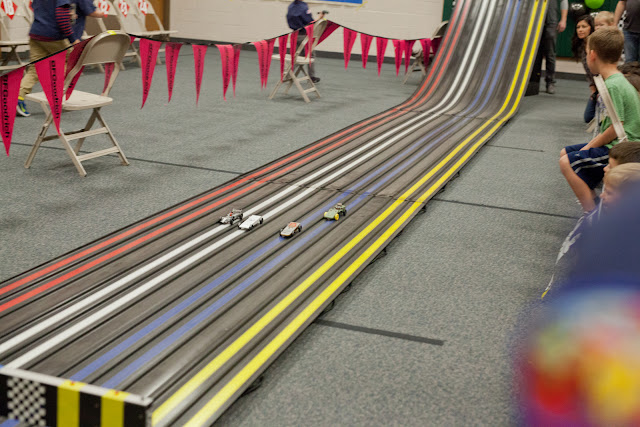 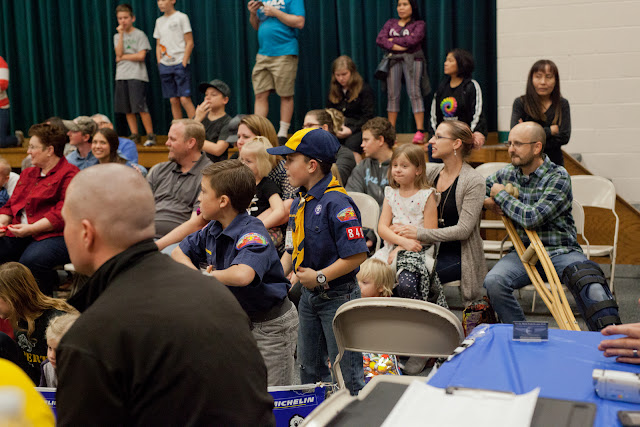 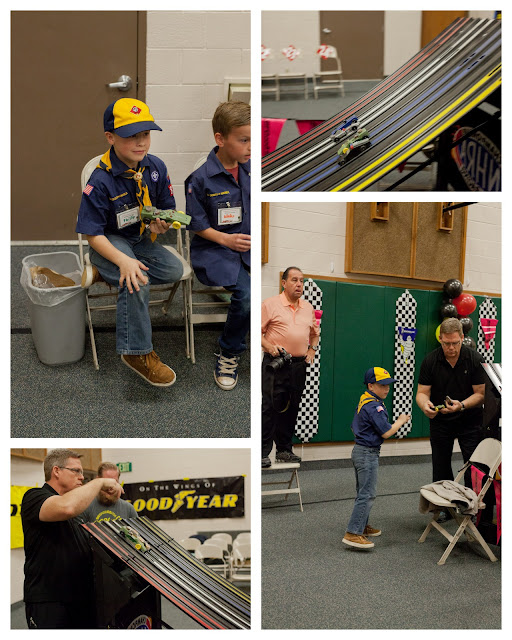 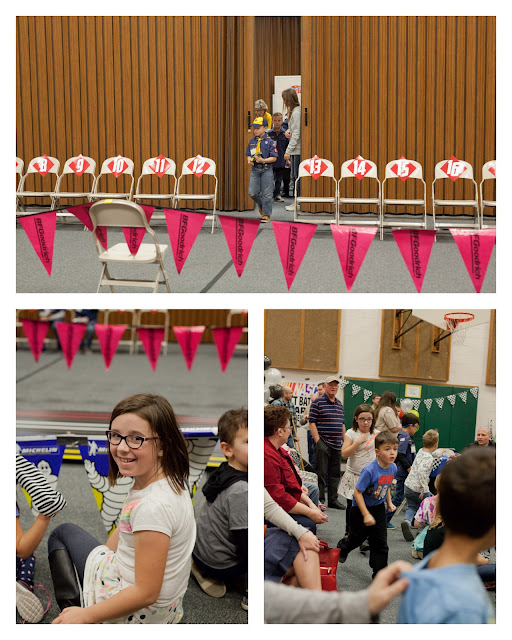 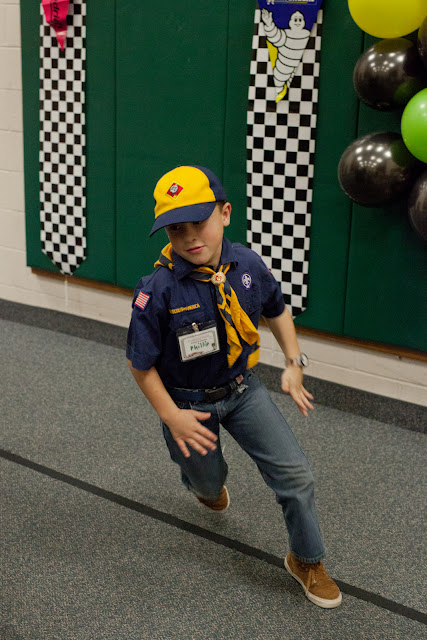 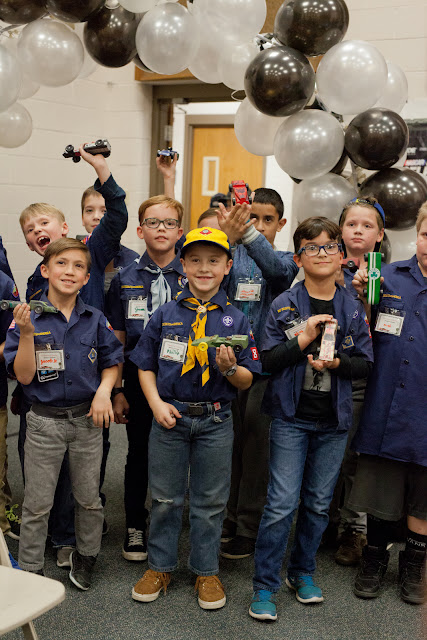 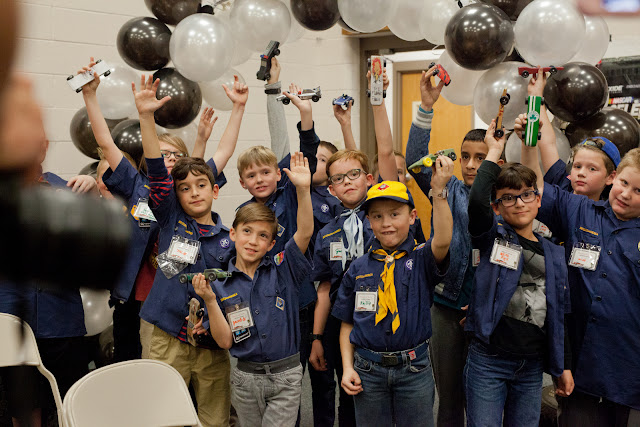 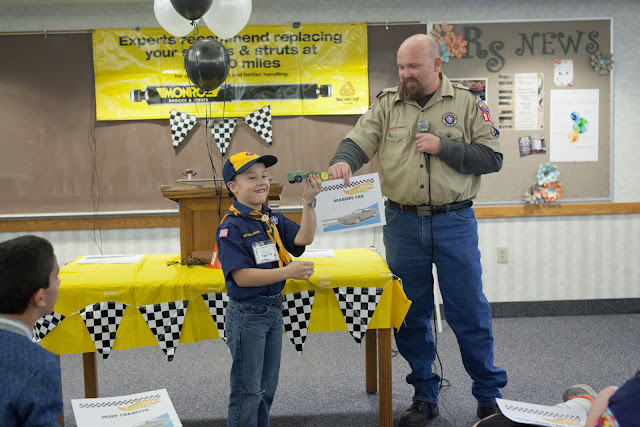 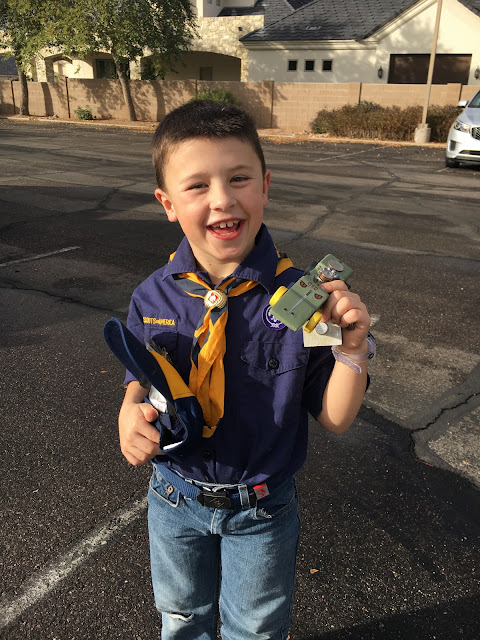 Josie's hair is long enough to wear pulled back into two adorable pony tails. The style stayed longer than I thought it would, probably thanks to wet hair and hair spray. She looked like a little girl, probably because her next birthday is just a few weeks away now. My mom heart flutters when she says "thank you mommy" after I help her. She even shared a toy with a younger child the other day, something that I've never seen happen. Time for another baby. Just teasing, I wish, I have to keep in mind that babies grow up into mouthy pre-teens!

We celebrated Martin Luther King Day with Justin working from home and the rest of us trying not to get on each other's nerves. Evelyn really wanted her face painted again, Shine style. She had her face done first. I painted a cute Pikachu on Mia's cheek and a Charizard on Phillip's forehead. Mia, whoops, Amelia, painted a poke ball and lightening on Everett's cheek. Amelia won't let the boys call her Mia, it is sort of ridiculous because she only remembers the ban half of the time. I forced to kids to follow me on a directionless path around our neighborhood area. We ended up at the park to play. Everett earned a spectacular skinned knee after he biked through a muddy patch on the bike path. Some kind lady let me use her first aid kit to patch up his knee. I had to laugh watching him trying to baby his knee, then forgetting when he got too involved in a game or kicking a soccer ball. After lunch and naptime we headed over to Fat Cats. We played a rousing game of putt golf. Mostly the kids ran through in record time, finished in less than 15 minutes. The line for bowling was 90+ minutes long, so we let the kids play in the arcade area with the same amount of money we would've spent on bowling. The boys were so excited to play the Mario game. I helped the little girls around, sucking money down holes decorated with bright, flashing lights.  All together the kids scored enough tickets to trade in for a candy or two per kid. Best day ever for our 5 nerdy kids. I nursed a nasty migraine the arcade threatened to explode. Amelia taught a lovely FHE lesson followed with "glory!", playing a cat game, and raspberry shakes.

The rest of the week seems off, I had to often reset my inner calendar to the correct day. Sometimes I question my own sanity. This week I questioned my sanity to buy a large used Barbie Dream House. It is huge. I made the kids go with me to pick it up after dropping Phillip off at Scouts. Evelyn was in heaven, seeing the house and all the accessories and furniture. The kids have played and played with it so far. Evelyn spends more time dressing up her dolls and playing Barbie than she ever has. For once she prefers to play instead of watching a show. I've played many rousing games of Elsa and Anna dream house than ever before. Once the older kids get home they played and played until I had to yell at them for homework or dinner times.

Wednesday a carpet guy came to give me an estimate to replace the carpet for the entire home and cover up the tile with laminate flooring. He brought along his little girl who immediately went to our newest toy. I immediately felt like this guy was going to be the one. The last carpet guy was sort of leerpy and gave me a really high quote. Carlos measured out the rooms and soon gave me an estimate of only $5,000 to replace the carpet and cover up the tile. When we got new flooring in Sidney just the top floor was $6,000. I was completely thrilled to get a decent quote, exactly the flooring I wanted and a company with really high ratings. I really hope the project turns out the way I hope it does. Most of all I am very excited for new carpet, the current carpet is awful. It is so stained that even after deep cleaning the house feels dirty, my eyes can't seem to look past all the stains.

Evelyn insisted on "Rey hair" this week. Several days she sported three wonky buns on her head. Evelyn is my "Why?" child. As soon as we get in the van she starts gabbing, chatting away about nothing and everything. "Mom, why people have legs? why did God plant trees? why us have mouthes?" etc. We had to get some stuff from the Scout shop for Phillip's uniform. At the shop she asked the clerk, "why you a scout when you so old?! Scouts not old, theys 8 years old!"

I had my first newborn session in Arizona! In December I bought a video course on newborn session flow and posing from Meg Bitton. Ever since I pined for a session to try out the training. Setting up was long and slow. Took me half of the day on Thursday to get the items I needed located, set up and planned for the next morning. I miss my space in Sidney, made it easy to get out and put away. Now I avoid my studio lights because it is quite the hassle. Since I had the mini-set out I nabbed Josie for 2nd birthday photos. She was not thrilled with my idea at all. Most of the time she whined and cried. I dressed her in pink frilly dresses with knee socks for two scenarios and in a white dress and a doughnut cake for another. She did not mind the doughnuts at all! The Payne family came over early Friday morning. They have two natural children (a 9 year old and the baby) and three adopted foster kids and another foster child. I think foster parents are amazing folks, especially these two parents. Brother Payne is a police officer. Hearts of gold right there! Baby Liberty did exactly what she should for a small, tiny baby. Session was done in less than two hours, including parent and sibling poses. I felt so alive and giddy the entire day and the day before. What a blessing for me! After school Amelia and I had optometrist appointments. My newest glasses broke last week, my old pair has no nose cushions so my nose skin is not happy. Taking 5 active children to a glasses shop was an experience I'd like to avoid in the future. Evelyn wanted a pair of purple glasses. She was not going to leave without them. I had to carry her out screaming and kicking without the purple glasses. Browsing for exactly the right pair is no longer in my scope at the moment. I grabbed a pair and hoped it would serve. Amelia got a cute pair of blue frames. All that excitement made for one tired Jenni after all was said and done. I was asleep before 10 pm that night.

Phillip woke me up at 5:45 am on Saturday. He was breathing on my neck, trying to whisper that he slept all he could that night. He was dressed in his Scout uniform all ready for the derby. I sent him downstairs to read books and watch some TV until a more decent time to wake up. Instead he woke up Amelia and Everett. Grrrr. Later, Phillip and Justin worked hard to finish up his car. I found some dragon decals I knew Phillip would love. Amelia went to an American Girl doll book club meeting with some friends. I hear the girls made muffins and talked about the Grace book. Amelia's friend Chloe called while she was gone, Evelyn carried around Chloe chatting with her on FaceTime for a good 20 minutes. The car was finished. Phillip lovingly made a carrier out of an old egg carton. He checked his watch every few minutes, waiting, just waiting for 1:30 pm. I managed to get out and get some food shopping done with Evelyn. Rain started pouring down just as I exited the store. It was so nice and cold! Evelyn was quite happy with a dollar pair of fake glasses (with fake eyelashes) instead of pricey purple frames. The time rolled around to leave for the derby. Phillip was so excited and nervous all at the same time. We had to wait while another ward finished off their turn on the track. Phillip went to a separate room to make a "Driver's License" and work on some fun activities. He was the first boy to enter the cultural hall. As the boy's name and car were announced we could cheer as they took a seat, never saw that boy walk so quickly before! He was number 1! The rules were reviewed before the heat started. Phillip got to race first with three other boys. Each car was raced twice with all the other cars. The entire race only took about 10 minutes! I was impressed with the efficiency. Phillip raced his car frontwards and backwards, no matter the orientation, track, or opponent his car lost, earning a grand total of zero points! I think that must be a record. He was not at all set back but quite enjoyed all the excitement. He already has a plan for next year (so does Justin) to make a speedy car. The other kids could race whichever cars for a few rounds after the race was completed and scores tallied. Phillip was the only boy to earn TWO awards: scariest car and the Scout with the most Pride. The event was topped off with cookies and juice!

Sunday late afternoon I heard back from the carpet guy about an installation date. He wanted to come around 10 am Monday morning. Right after a quick dinner we set about clearing out the main floor: toys, the food storage closet, knick knacks, etc. The more stuff we took out the better our house looked! I forget how cluttered it can get with toys, books, and games. The kids were gung-ho helping to clear out the food storage closet. They had a game/system of getting the buckets into the garage. They eventually finished the job even after Justin left 10+ buckets in the very back. Evelyn and Josie were in heaven playing with toys in the garage. So silly. I am so excited to get new flooring. Hooray for selling our Nebraska house.