The Finer Skills in Life 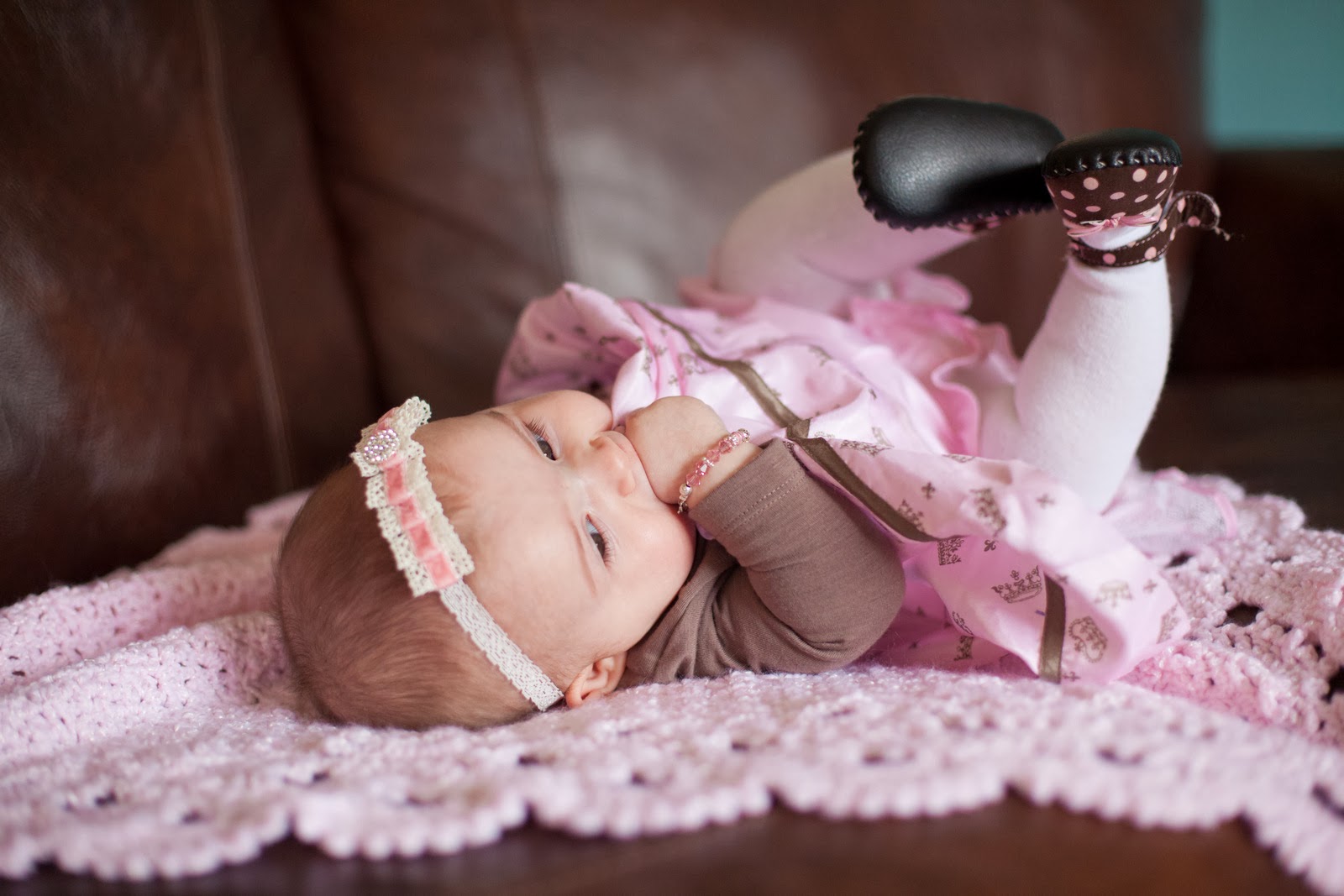 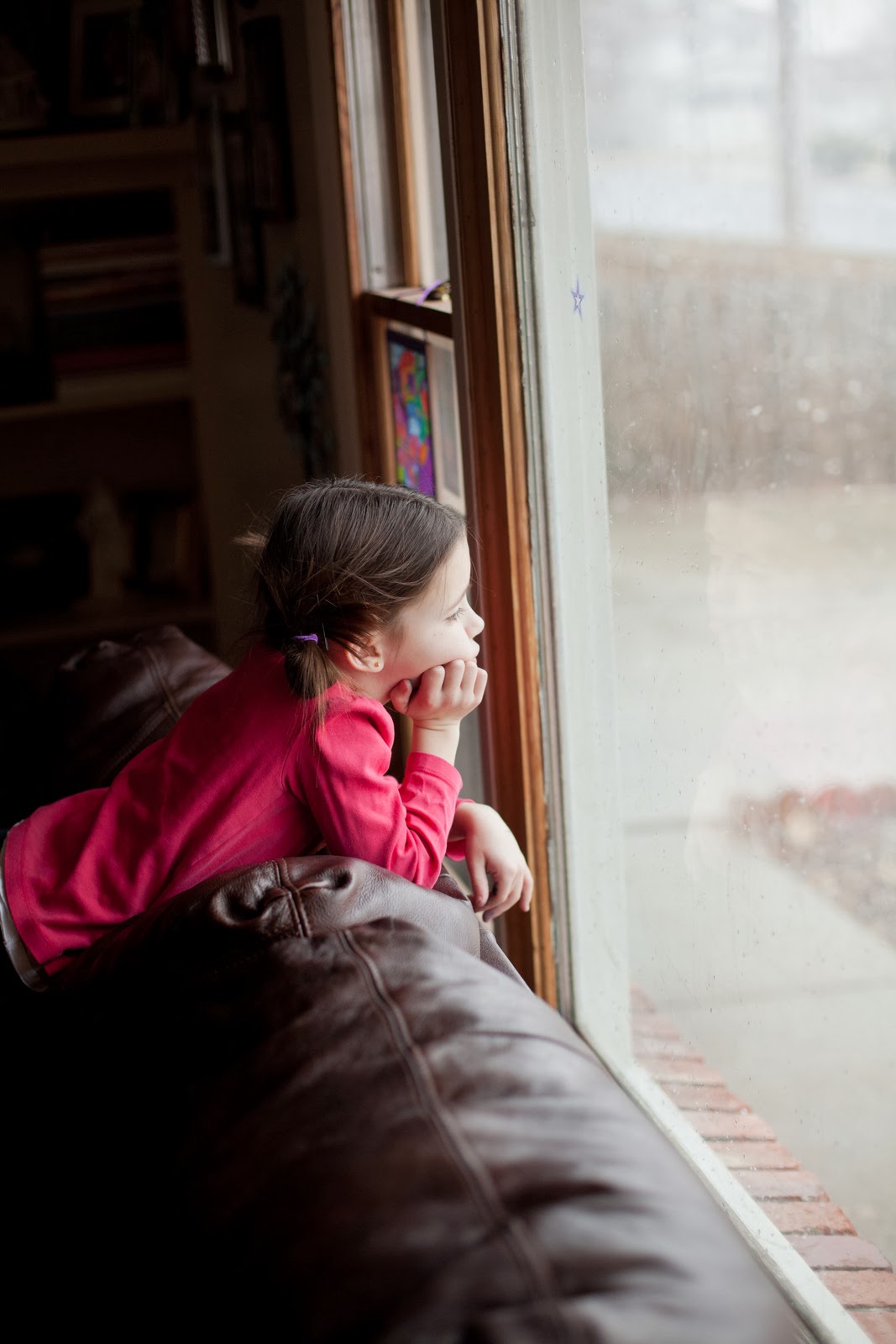 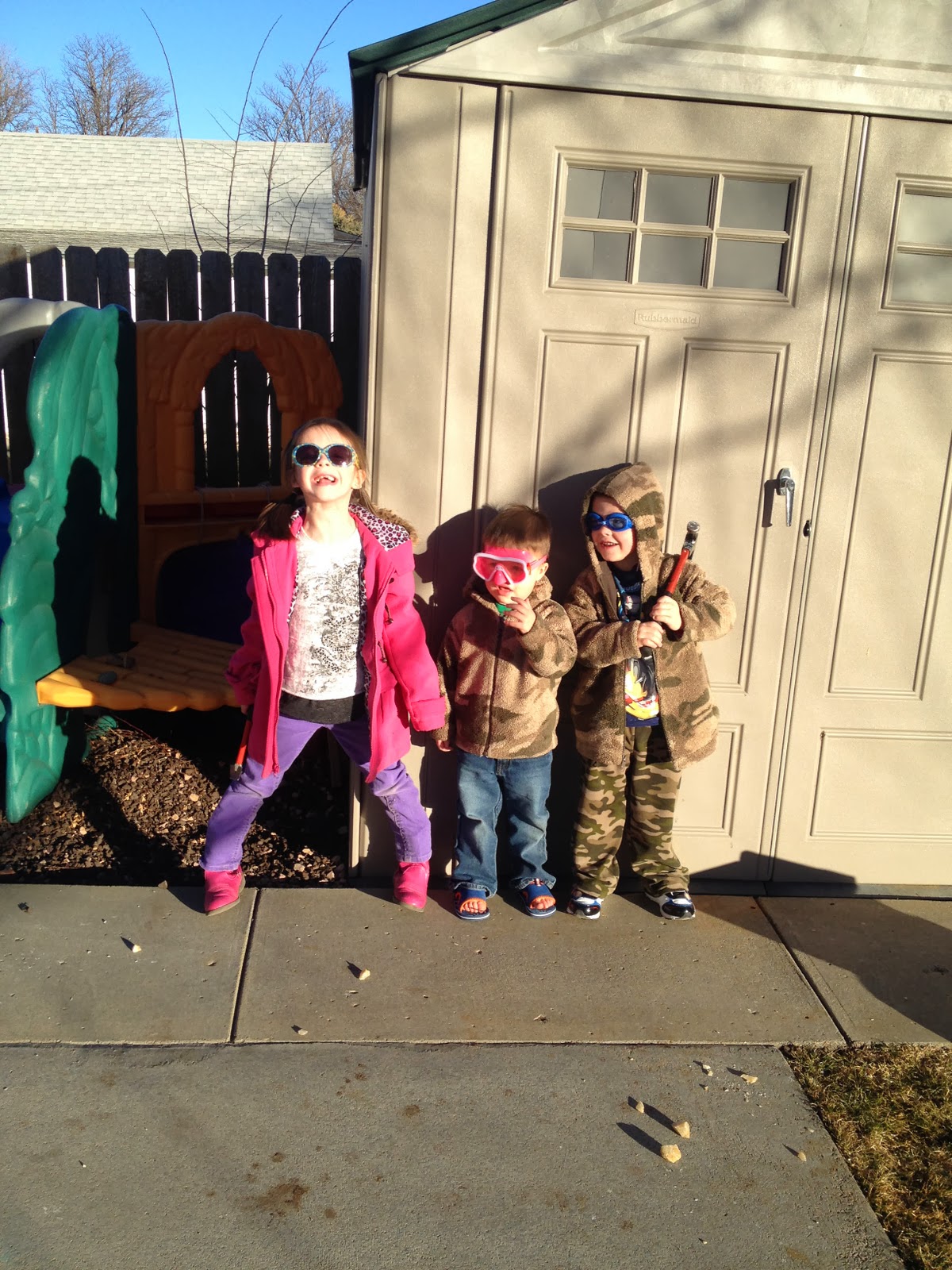 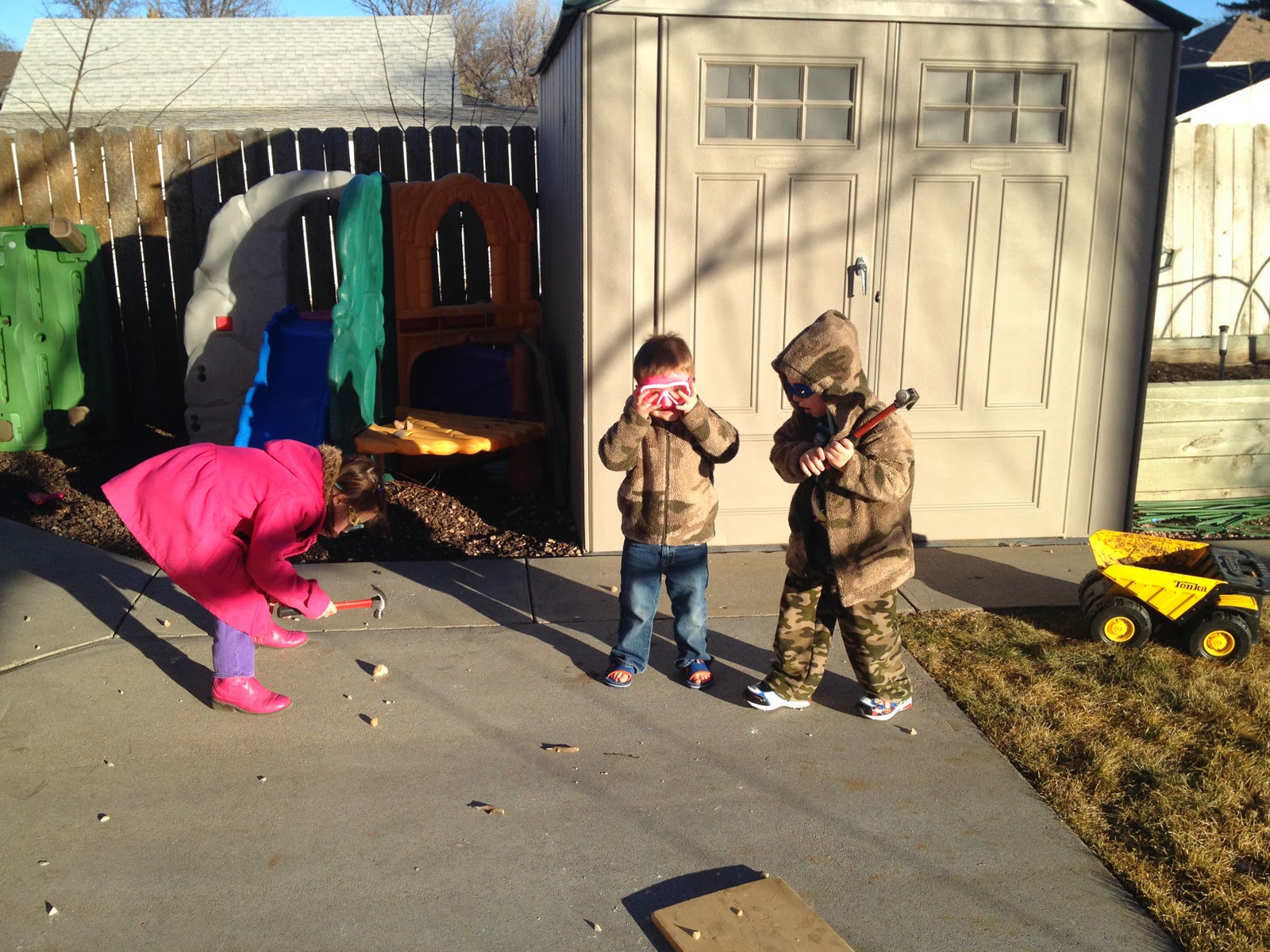 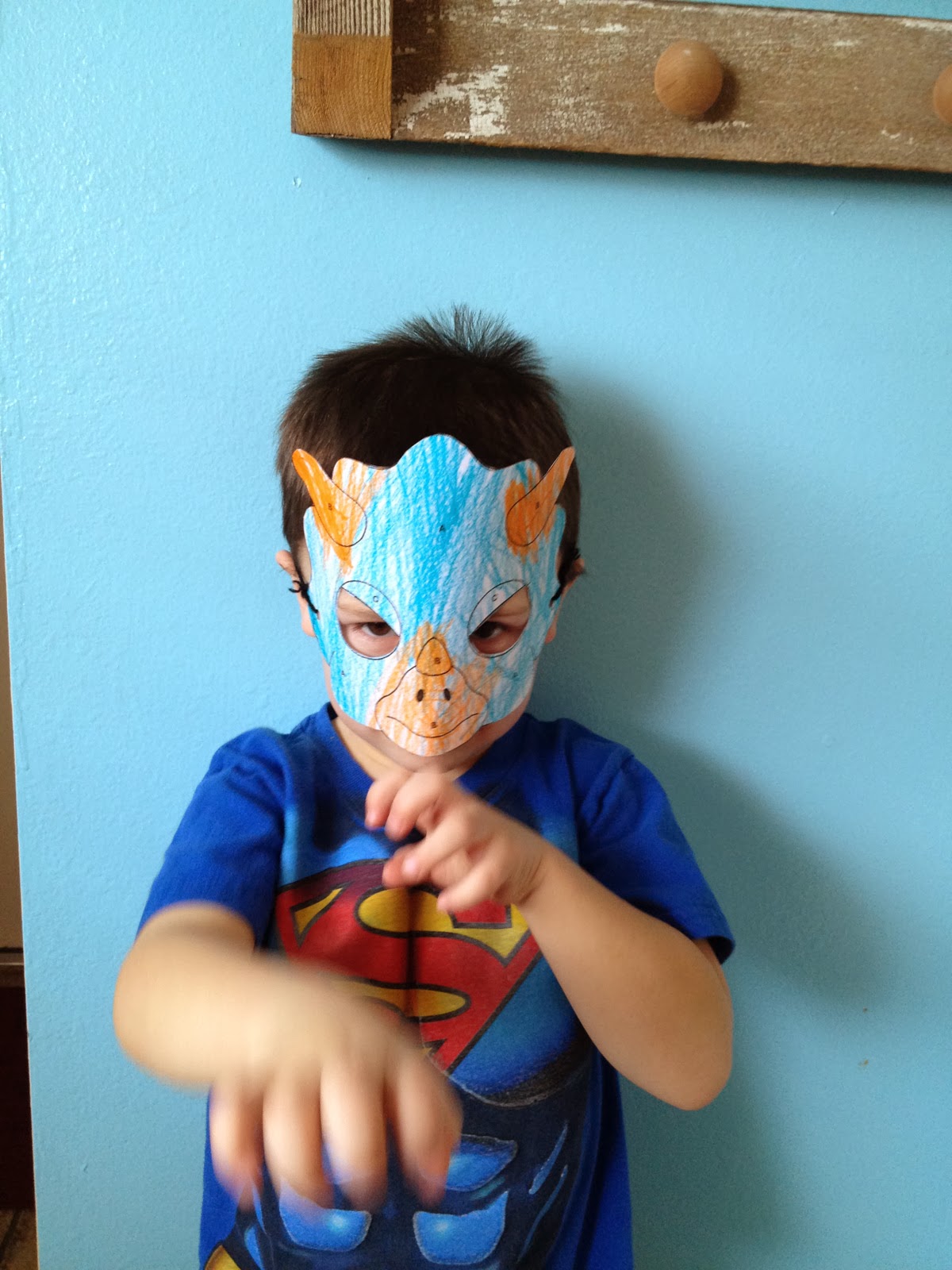 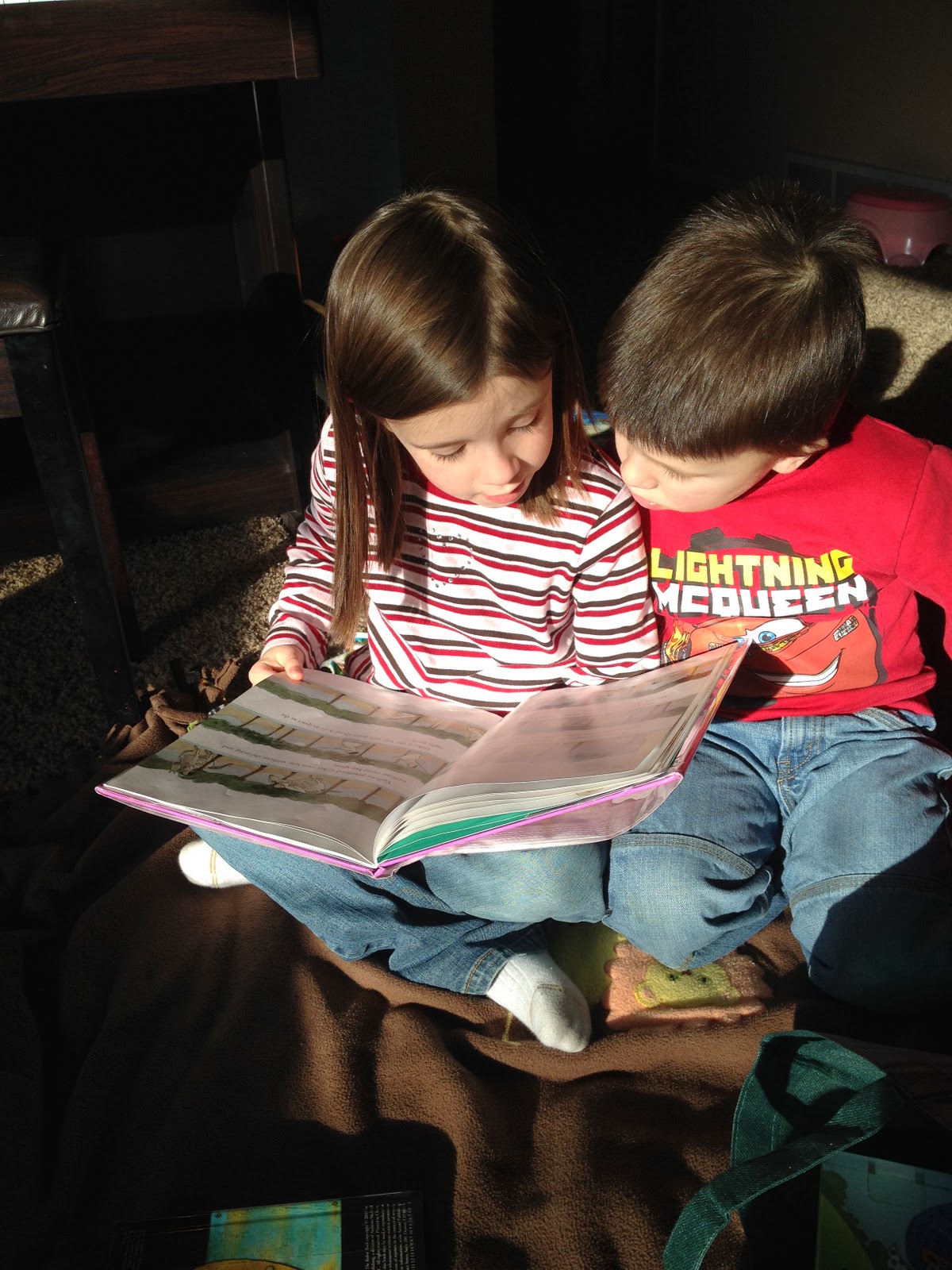 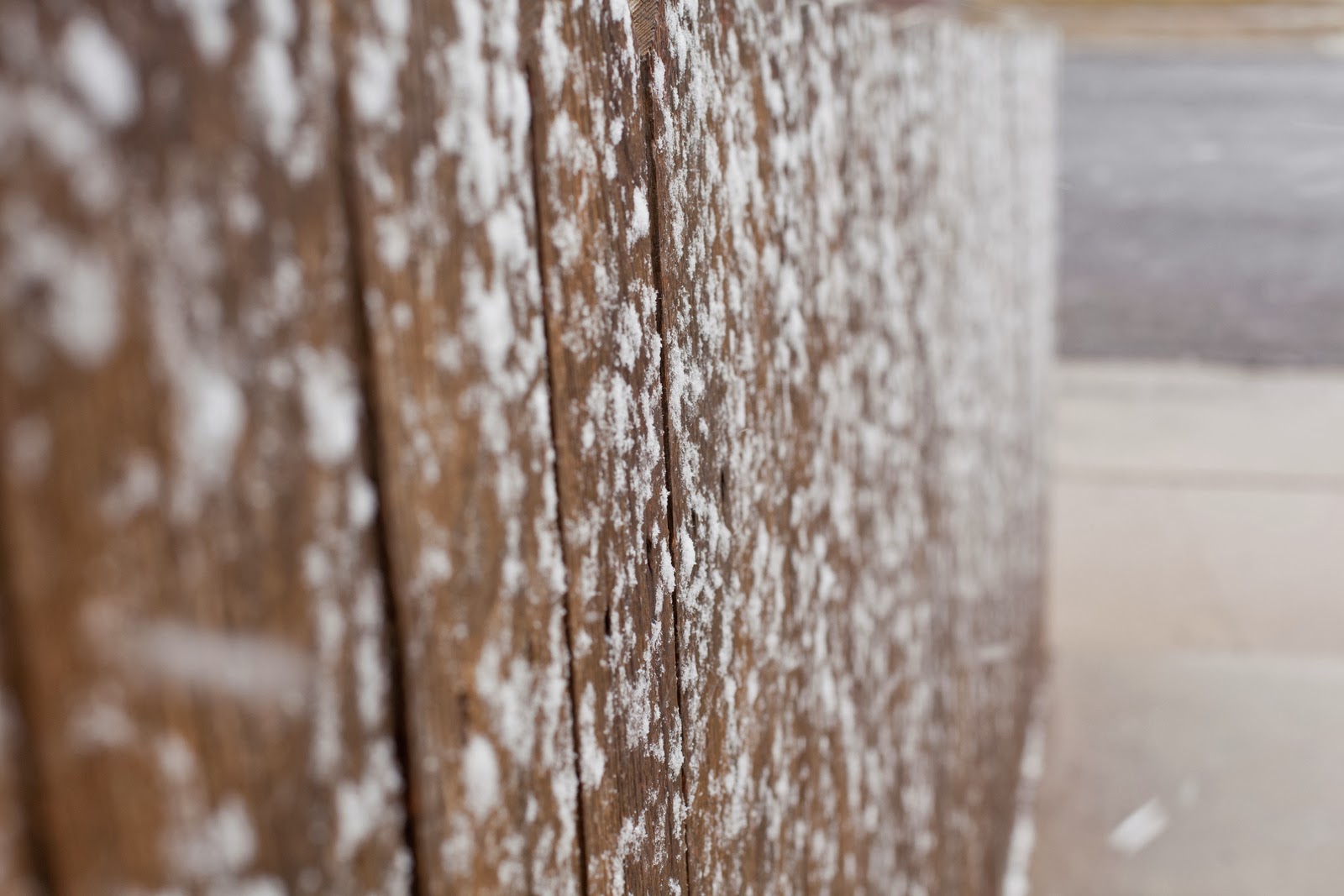 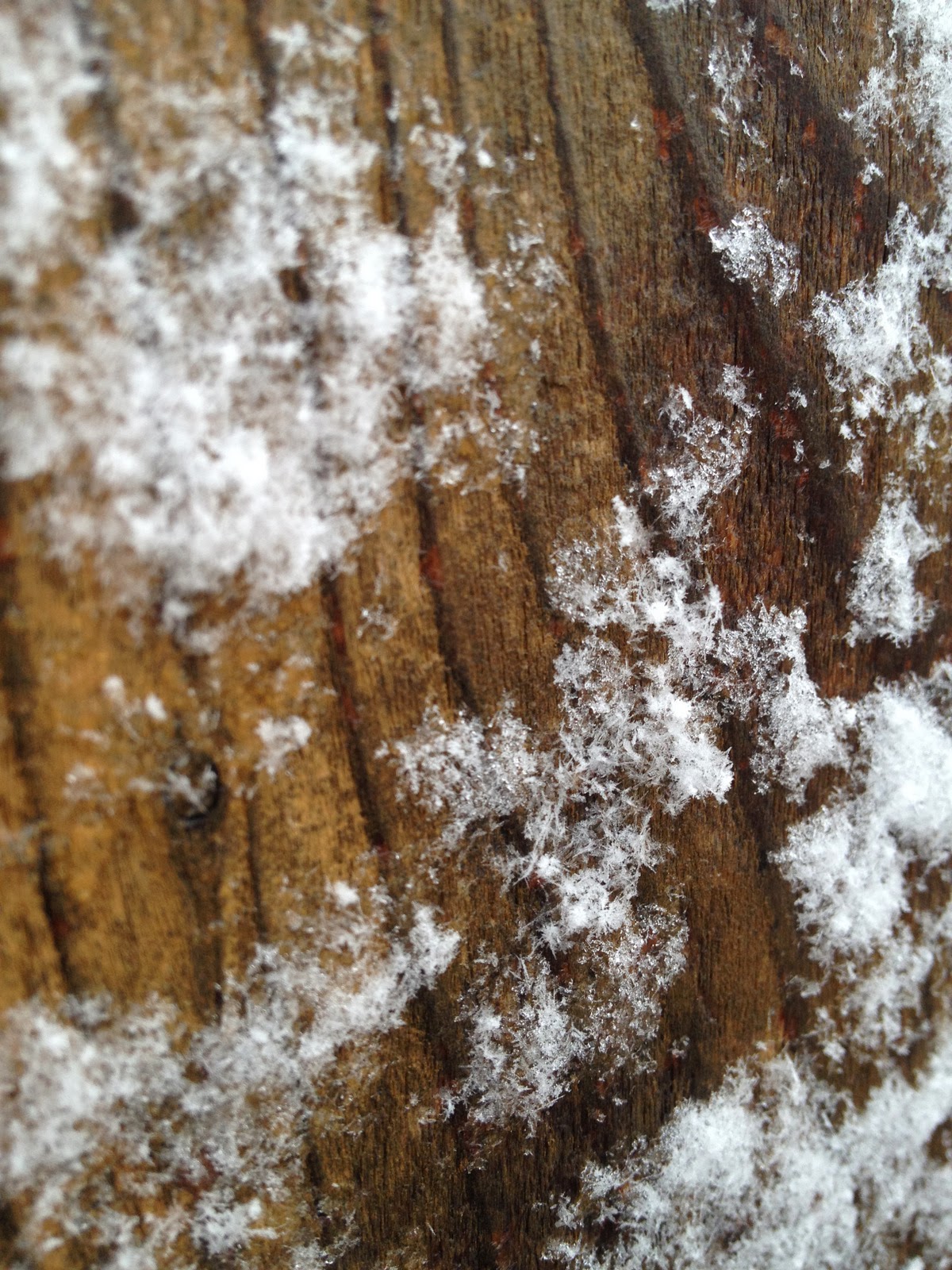 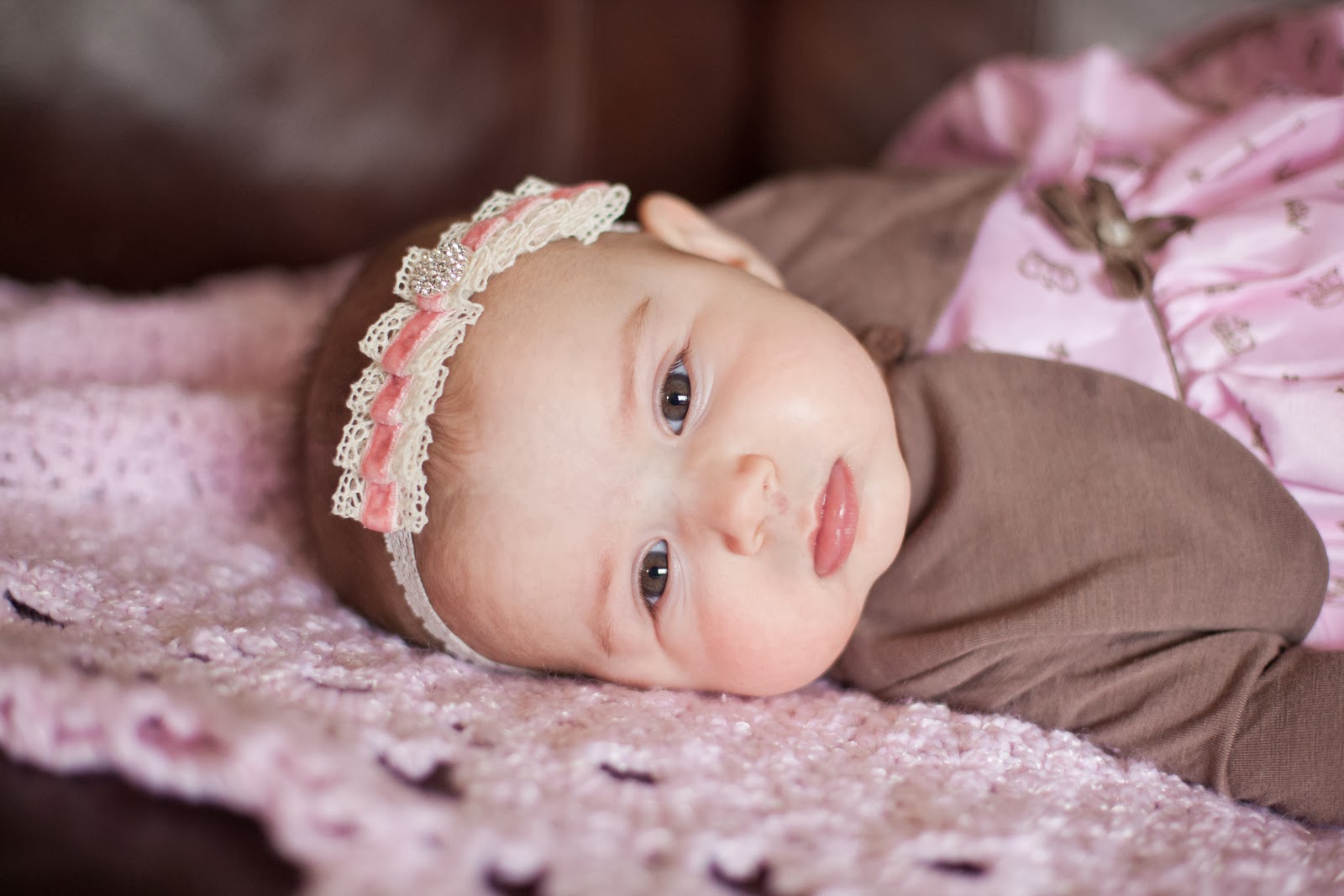 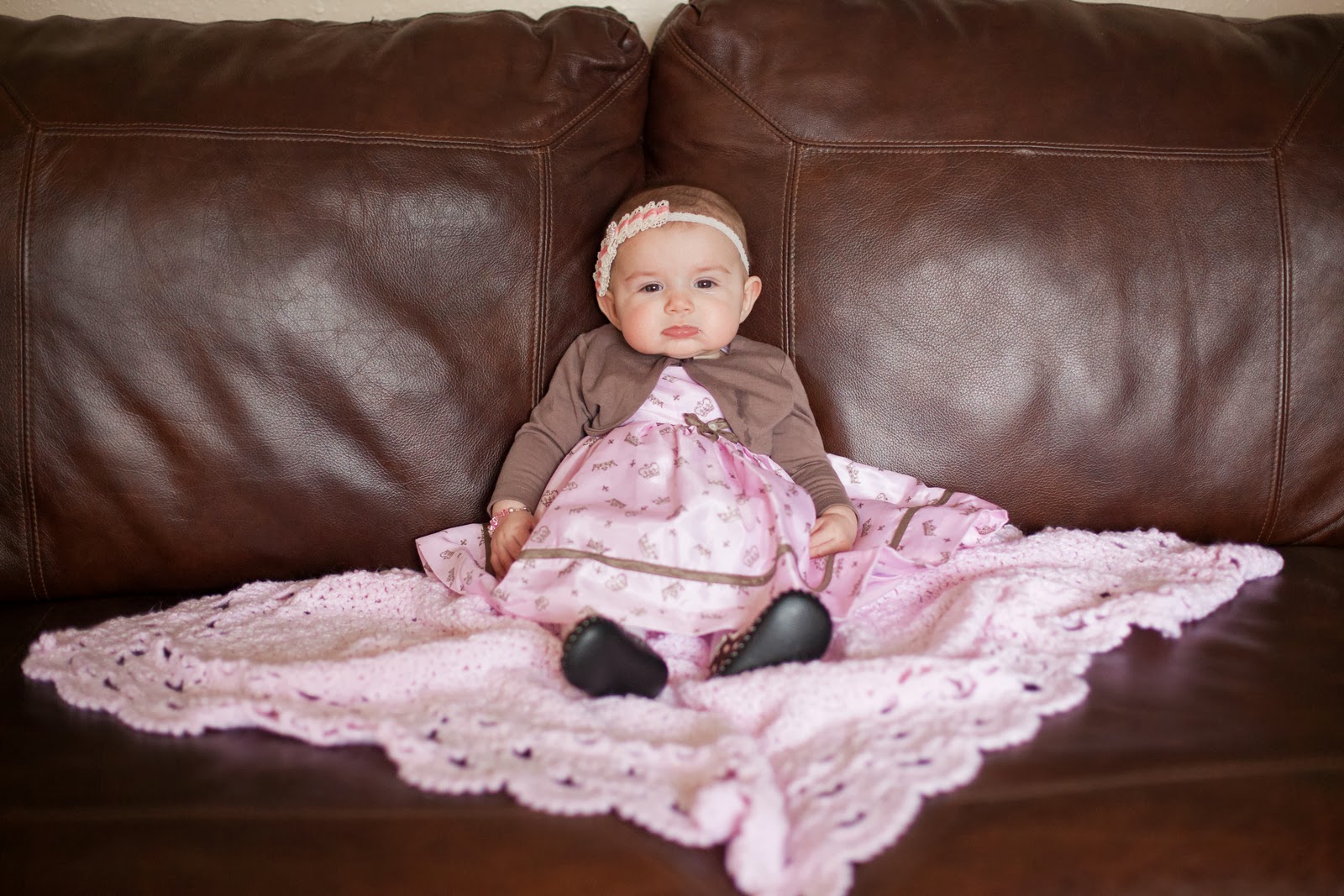 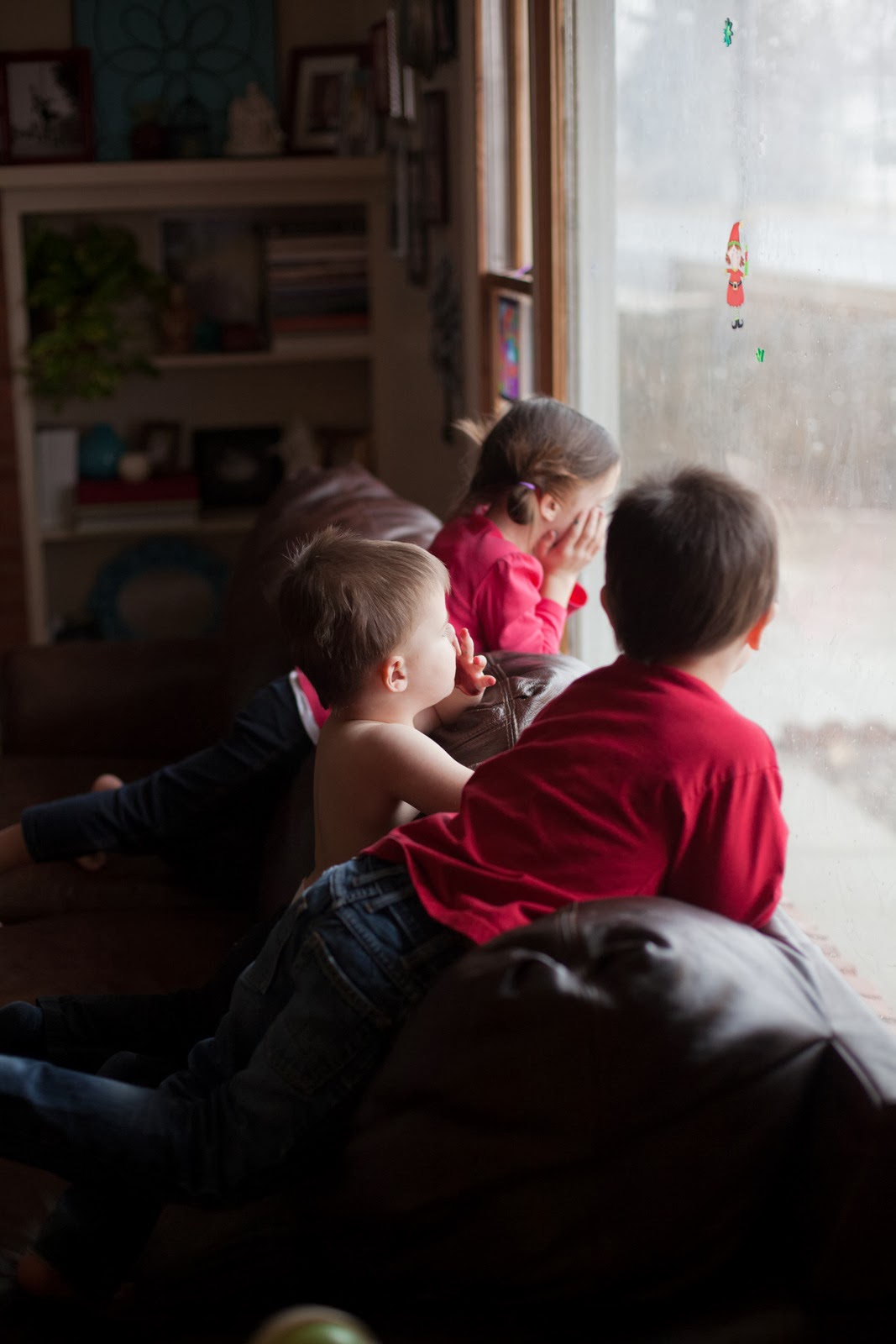 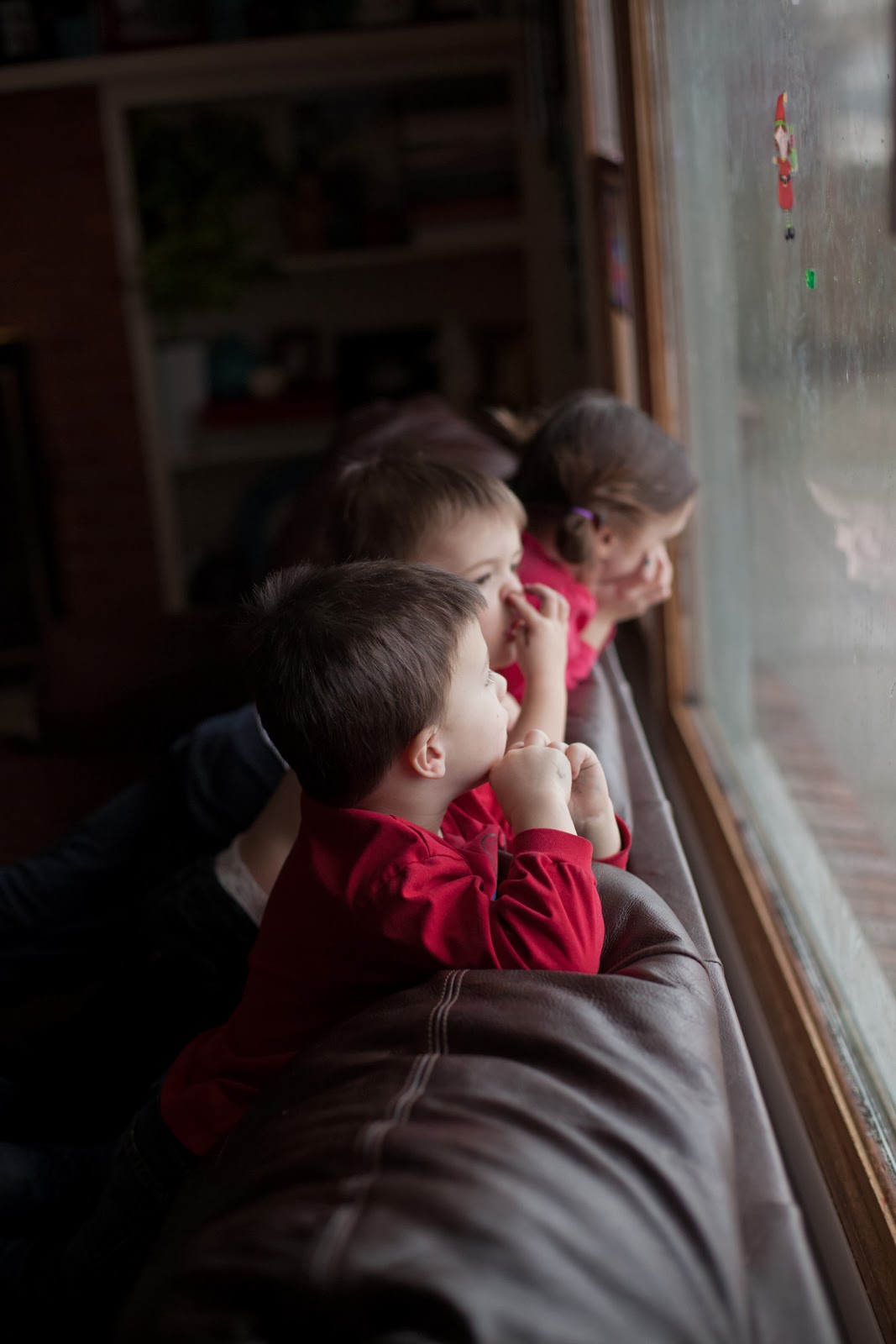 Phillip's new catch phrase of the week is "Piggy Poop." Not sure where or why he picked that to say 30 times per day. It does make me chuckle...but I am torn between laughing and discipline for using potty words. Never a dull moment around here.

I was able to take photos of little Maggie Smuin this week. We picked up Stella from school on Monday because Meagan was running late from a Dr appt in Scottsbluff. Stella's teacher had the kids smash rocks with a hammer to reveal crystals inside the rocks. After school the kids all donned eye protection and smashed rocks. My kids smashed rocks everyday after school since Monday. I think Everett's pink swimming mask is epic. Since the girls were all at my house when she picked Stella up we did the girl's photos. Meagan brought Maggie back the next morning. Maggie won the award for the poopiest newborn I've ever photographed. She pooped on each set up not just once but 2-3 times each! Phillip learned about dinosaurs this week in preschool. He came home with a cool dino mask. The boys played daddy and baby dinos for the rest of the afternoon.

My wings are clipped. Evelyn has stopped napping in her carseat. Evelyn naps from 9-noon if allowed. She wakes up if I put her to sleep in her bed and transfer her to the van, she does not fall asleep if I put her in her carseat before we go, and she wakes up at the noises the boys make when we travel. I am bummed but knew this day was coming. There are not enough places to go during the week to merit naps in strange places. Once she started sleeping in her crib with the noise machine on, naps became hard. She will fall asleep in my arms for a few minutes. Most of the time I choose naps over fun. Happy baby=happy mommy. Looks like basketball and story time are off the calendar for the next year. I might choose one per week and rotate! She already misses one morning nap on Sunday.

My new eating plan is going well. The program is totally doable and based on the basics. It cuts out processed foods and processed sugars. I eat 5 servings of veggies, 5 of fruit, 3 whole grain, 3 milks, 3 Medifast meals (like protein bars), 3 healthy fats, and 2 proteins. Most days I find it is difficult to fit all the food in! So far I dropped 5 pounds, feels like water weight. I feel lighter and have more energy already. I plan on sticking with this method of eating for long-term. My kids love to eat fruit and veggies as well. They snack on whatever I eat! Last night I felt like an Olympian when the kids gobbled down their Brussels sprouts and then asked for more. Gold medal!

Wednesday we worked on making props for the Blue and Gold banquet coming in two weeks. Amelia usually goes with me. She had a blast making an Olympic torch and a personal flag to represent her "country". I am excited for all the activities we have planned for the Blue and Gold, Olympic style.

The Sidney ward hosted a winter wonderland dinner party for the over 18 year old adults. We sat with some of the new folks in our ward. Our ward demographics are steadily getting younger with more kids. We lost 4 amazing families in the last while. We gained 6-7 new families!

Justin had a business meeting down in Denver on Friday. He was gone all day with the travel time and the meeting. He came home to find the basement we cleaned up the night before all cluttered up again. I decided to take Valentine photos of the kids and take Evelyn's 5 month old photos. The basement is the depths of despair in our home. I played a game of scoop ball with Everett, at one point I accidentally clocked him in the face with the ball. He scowled at me and shook his finger, "don't hit my pace mom!" After that he turned away from the ball when it was my turn to throw. The ball rolled into his heel and gently tapped him. He crumpled on the floor and howled for a second. We have an actress and an actor in this family. The kids earned an ice cream date with us at Dairy Queen for behaving during the photo session. Yum.

I was out shopping Friday morning when some lady from Potter robbed the Sidney Federal bank with a weapon. She got out of the bank and made it out of town...a little ways before the police apprehended her. We were just down the street when all the excitement went down. Crazy. I also got an email from the school district about changes in the school grade locations. Right now the schools are organized: K-1 (South), 2-3 (North), PreK-4 (Central). One of these years there will be a new elementary school with 3 wings. Starting next year the schools will be: PreK-K (Central), 1-2 (South), 3-4 (North). Amelia will be in the same school next year! When Phillip starts he will attend the school just a block away.

Church was a small challenge today. Justin left at 8 am for Bishopric meeting, drove to Cheyenne, spoke in one of the wards, had more meetings, some waiting, more meetings, then a long drive home. He had a LONG day. I just had to wrestle 4 kids in church. We were late (cringe), so sat in the back. The Wood family and Sister Uhl helped me tend the kids. I was sweating before the closing prayer came along. I think some songs and nice talks were given...I think. One of the newest families to move in comes from New Mexico. Her name is Evelyn! Brother Hornbarger works with Justin now in accounting. The best part, they are both photographers. Hooray! I am excited to get to know them. Huge, fat snowflakes covered the ground after church. Amelia and Phillip went outside to investigate the flakes with magnifying glasses. They found some really cool snowflakes. I had them draw their snowflakes once they came back inside.

Everett finally realized he can drag a chair to reach the light switches. Now the house lights are on flicker mode. He dragged said chair into the kitchen and tried to climb on the counter. He had no idea that he could climb up the drawer handles like the other kids. I thank my lucky stars he is not like Phillip. Phillip was climbing up things and dragging chairs around at 18 months. Secondly, Everett started picking his nose. I know, the finer skills in life. Our little boy is growing up.