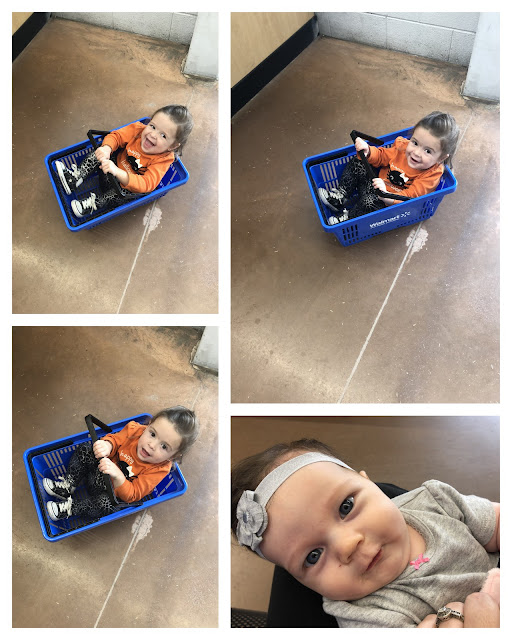 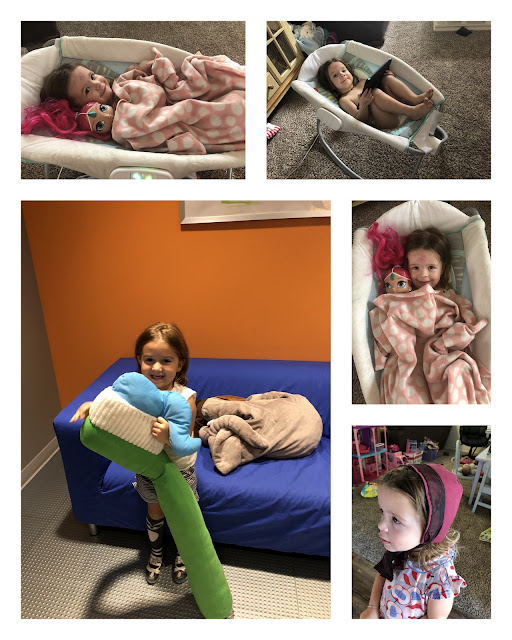 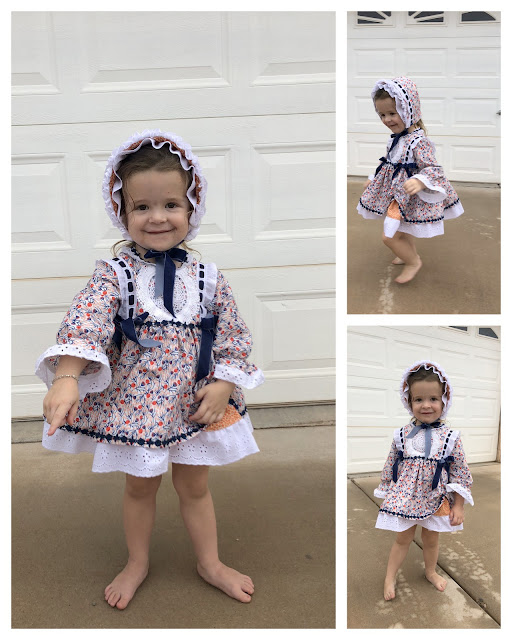 Hurricane Rosa brought us four cloudy and rainy days! Four glorious days of mild temperatures in the 80s and over an inch of rain. The kids were quite excited to experience part of a hurricane. Everett spotted several funnels in the rain clouds. We all enjoyed the change in weather especially putting on rain coats for a spell. Josie got soaked Tuesday morning, she reminded me of a little duck who finally found a puddle to swim in. Since it was so cloudy and dark outside I sewed up a dress project that I'v had my mind on for months. Just look up Spanish Puffball Dresses on Pinterest. These dresses are magical confections of lace, ribbons, and short puffy skirts. The bonnets and diaper covers just put the dress over the top. Evelyn went with me on Saturday to Sas, the most amazing fabric store, like a thrift store full of fabric. The trick is finding what you need, since all the fabrics are piled in boxes and shoved into random corners. Evelyn scoured the floor finding random trinkets like beads, spangles, and feathers. She showed the owner her pocketful of treasure, she was allowed to keep it all for her honesty and for cleaning up! I purchased the trim for the dress. I had the fabric in my stash. I can't wait to take photos with some Utah fall colors next week. Laura Webster came over to cut out a dress she wanted to make. I sewed my dress while she cut hers. So fun.

Josie, baby Gabi, and I spent a lovely (not) 4 hours at Walmart for an oil change. I almost gave up twice but was told the wait was only 30 more minutes, longest two hour 30 minutes I've ever waited. By the time we checked out my frozen items were soggy and the refrigerated stuffs not so cold. Thank heavens we had enough to do. Josie totally enjoyed spending an hour in the toy section. Gabi slept for three hours so that was another blessing.

Evelyn and Amelia had dental cleaning early, early Wednesday morning. I did not tell Evelyn until we pulled up where our destination was. She did quite well, was still very tense but did not bite fingers and kept her mouth open. Amelia still has gingivitis along her gums and a molar hanging on for dear life. Her mission for the next week is to wiggle that tooth out or else we are splitting the $165 bill. Gag...I don't know how to help Amelia with her gum issues. Do I brush my 11 year olds teeth for her, stand next to her and peer into her mouth while she brushes? Ideas?

Next post will be all about our Utah trip. Keep Justin in your prayers. Things are changing at work and becoming quite stressful. His anxiety levels are through the roof.

Posted by Jenni Call at 11:12 AM 0 Stupendous Remarks 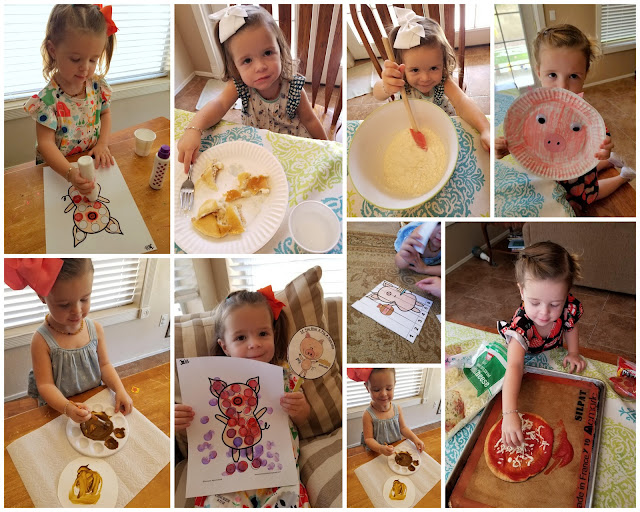 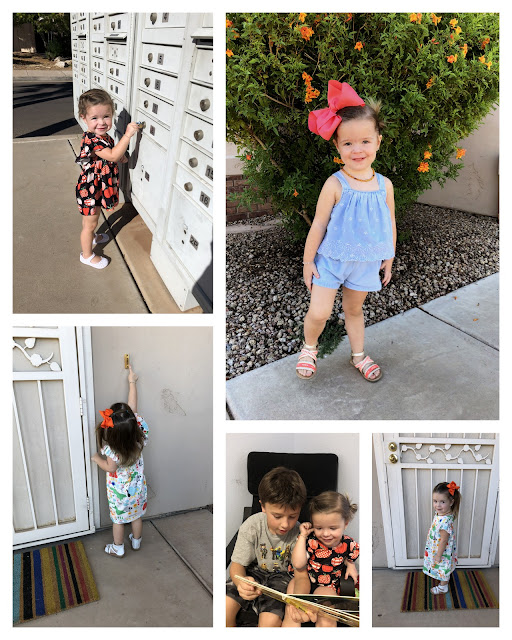 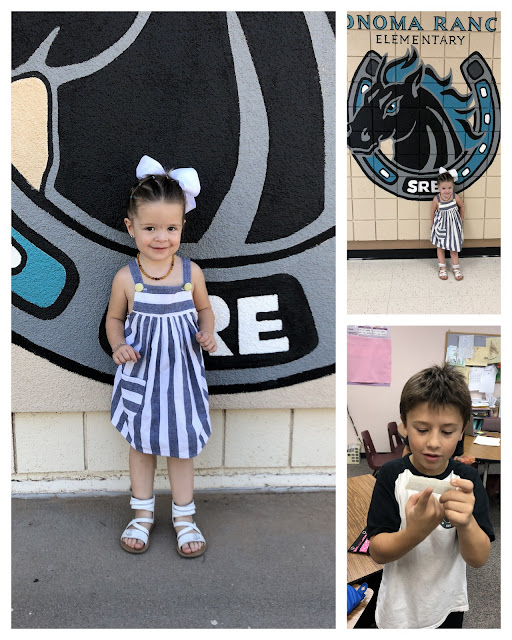 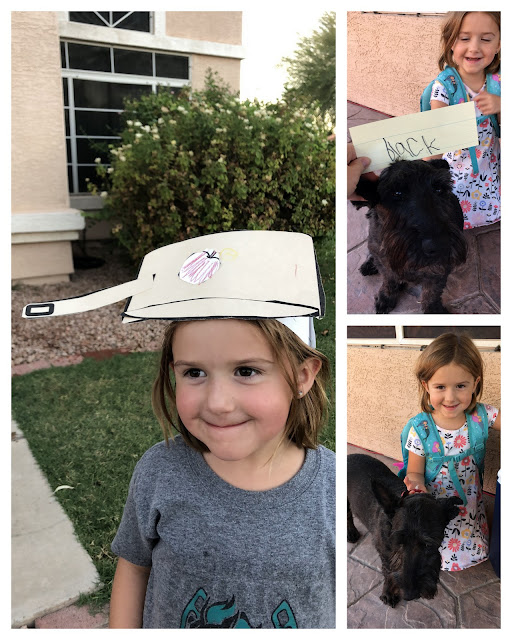 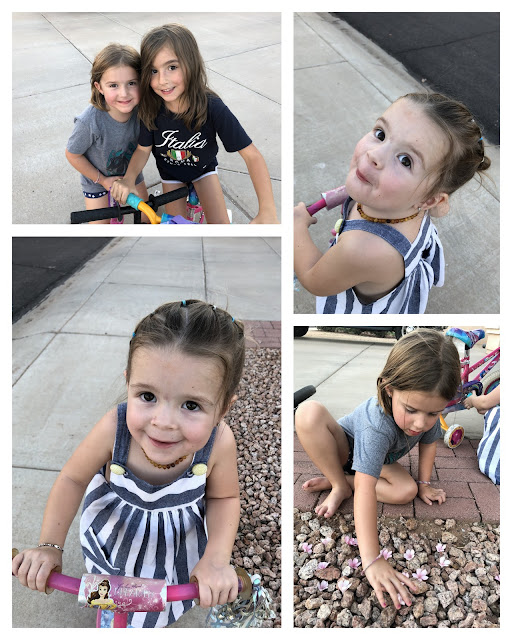 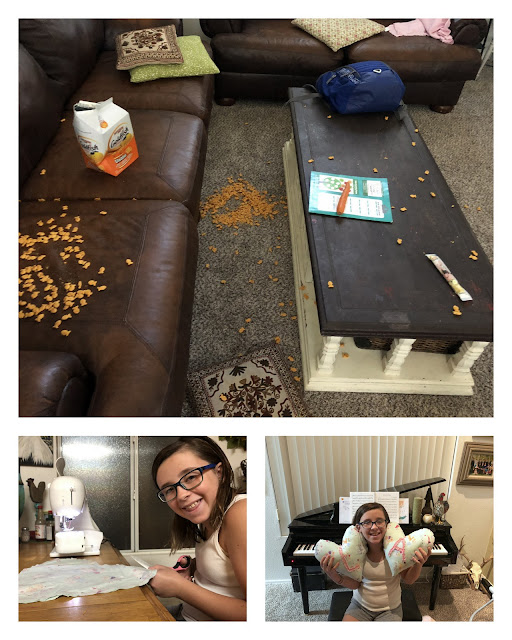 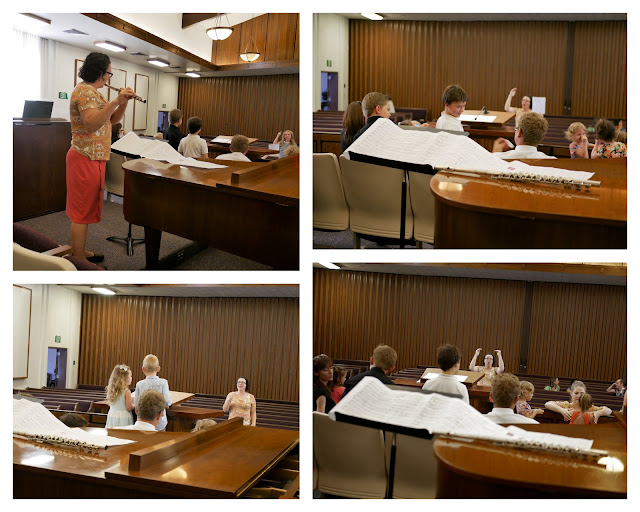 Josie had another fun four days of Book Club at Sister Russo's home this week. She joined with two other little 3 year olds to read and learn all about "If You Give a Pig a Pancake." Each morning she jumped with joy to get dressed, fix her hair, and walk over to school. She came home with cute activities to work on at home as well. It's enough to break up the monotony of our chore packed mornings.

This week the older kids had three half days in a row for the end of term parent-teacher conferences. Thursday was the day for conferences. Amelia and Chloe held down the fort while I went to 5 conferences in a row, from 2-4:30 pm. All the kids are doing quite well. Mrs Sanders said more than once that Phillip is a very considerate and helpful boy! He loves to volunteer and help his friends out. He is doing well in all subjects, just at his own pace. Mrs Epstein said she caught glimpses of Everett's temper, he's rolled his eyes and shrugged those thin shoulders more than once when he's upset. We talked about how a little encouragement goes a long way with him! She said once he dove under his desk when a loud noise sounded, he reported he thought it was a tornado sound so went under his desk. Silly boy. Everett is racing through his reading and math! He is a smarty pants, sometimes goes a bit too fast and makes mistakes. Evelyn is doing well but is slow to catch on to most of the material. I was surprised when Mrs Norton agreed that Evelyn should be recycled back to kindergarten next year! Mrs Norton was glad to know that was my plan, she will not push her but let her enjoy the new experience. I just feel more and more that she is not ready but needs an extra year, better now than in 7th grade when she really struggles. Amelia is soaring those heights...she is excelling at all subjects. Her ALP teacher (Math, Writing, Reading) takes up most of her school day. She is only with her homeroom teacher for one hour (Social Studies/Science). Ms England says Mia is doing well, she is slow but consistent. Once again needs to work on her organization skills. We talked about putting her in the gifted program next year or at the private high school. If Ms England endorses Amelia she will not have to wait for a lottery slot! I hear lots of amazing things about the gifted program, it is quite different than an accelerated path at the Jr High. Amelia wants to just go to the same school as her friends. I also got a call from the Primary President asking if all the kids could sing a new song for the program on Sunday. She also changed three other songs (the senior primary practiced two songs alone, one for the boys and another for the girls), she wanted to have the entire primary sing those songs instead of the smaller groups. I was quite frustrated at the time, told her that we did not have time to teach and learn three new songs in an hour.

Friday morning Josie and I visited Phillip's classroom to share my vast rock collection. His class is in the middle of a science unit on rocks! Josie spotted Phillip right away, cooed his name, then ran off to give him a hug! Phillip was delighted with the attention from her. Phillip helped me pass around my rocks and explain a little about the most interesting ones. Since we enjoyed another half day of school the kids brought home several friends to play with, Brooklyn (Mia), Ryan (Phillip/Everett), and Isla (Evelyn). Jacob also came over for a couple hours while the kids went swimming. The 6 hour playdate was almost too much for the little girls. I kept them supplied with ideas to play new games and went practiced riding bikes around the block several times.

Several times the kids and I went out to raise funds for their school's fun run. The PTA is raising money to build more shade structures and install several water bottle fountains on the play ground area. Everett raised more than $100 all by himself. Our neighbors usually only see us when we are out to beg for money. Everett's approach is to explain that he wants money to put in his envelope so he can earn a free homework pass, "sooooooo....will (you) put some dollars in my envelope and fill out the form?" I laughed as the adults tried to contain their own mirth.

Saturday morning was our Primary program practice. As you can imagine it was pretty crazy but still fun. The kids knew all the songs as we practiced them. We did not have to learn 3 new songs but kept with the program as we learned. Phew. I accompanied one of the songs on my flute while another teacher lead that song. The kids earned a lovely Popsicle for all their hard work. Next day the program went smoothly and was quite amazing. The kids really pulled it all together and produced a spiritual program. I sure felt all the feels as they sang and delivered their parts. Wahoo! Primary was taught the entire hour by the Presidency, no singing time! I helped man a fishing game (behind a curtain). The curtain kept falling off the walls because the tape was not holding. Then the chair used to hold the curtain up slipped off and cracked my big toe. Golly great goats that hurt like the dickens. Mia and I sewed up two pillows after church for the fun of it. She cut out the pillows back in March but we never finished them. She is gaining confidence with the sewing machine slowly but surely.

Posted by Jenni Call at 10:52 AM 0 Stupendous Remarks