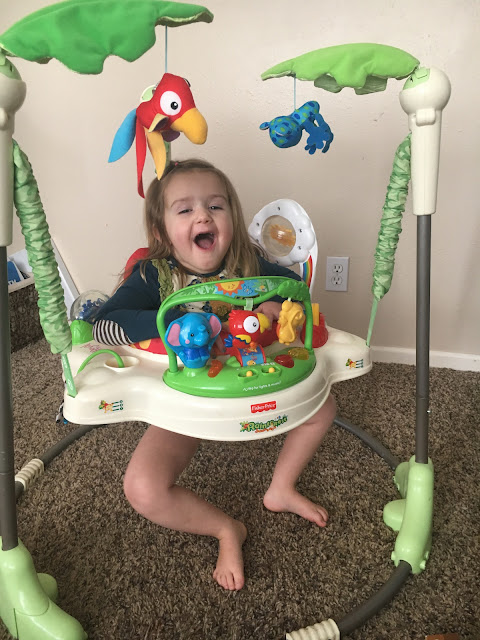 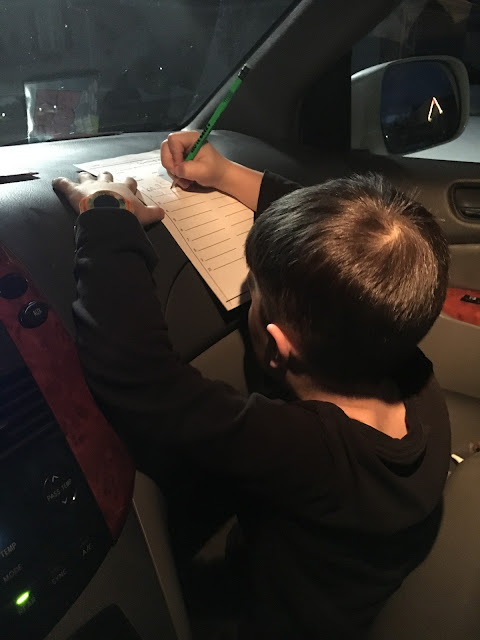 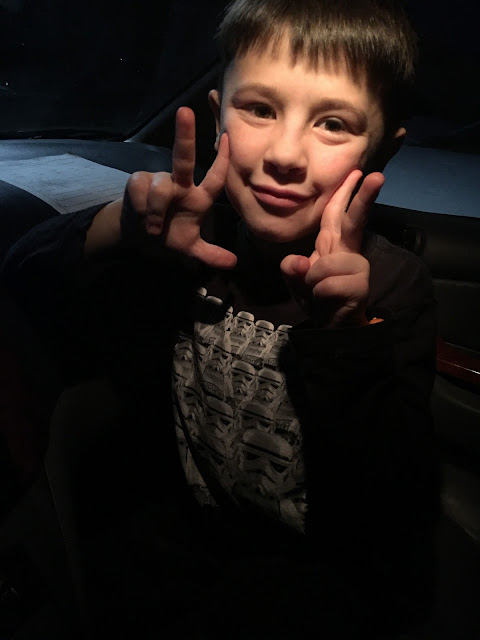 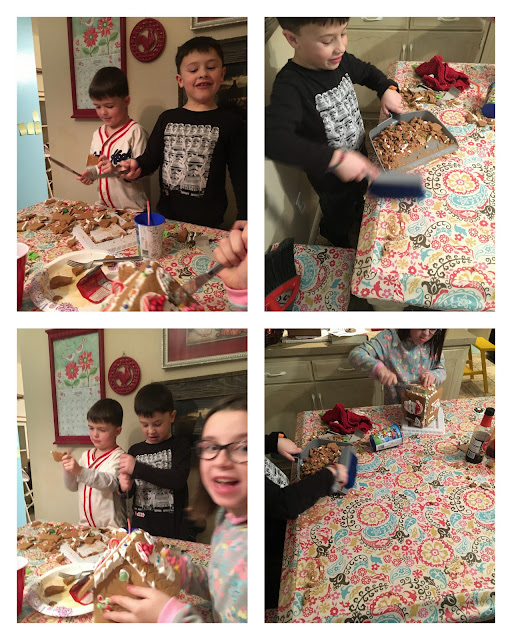 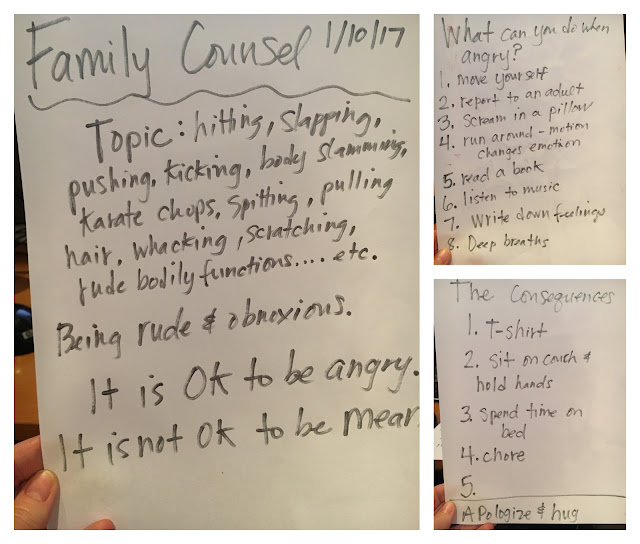 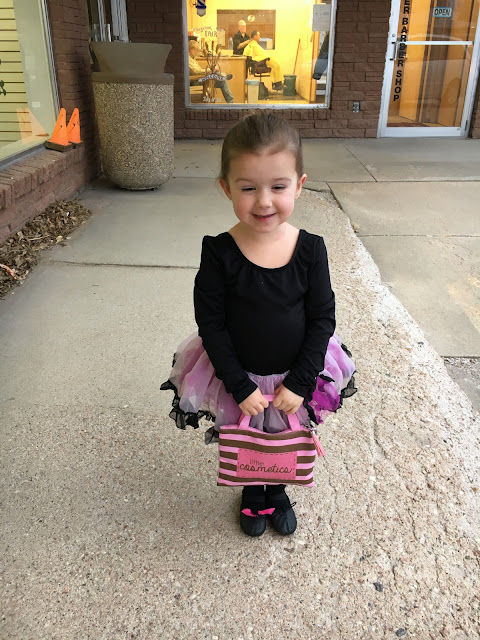 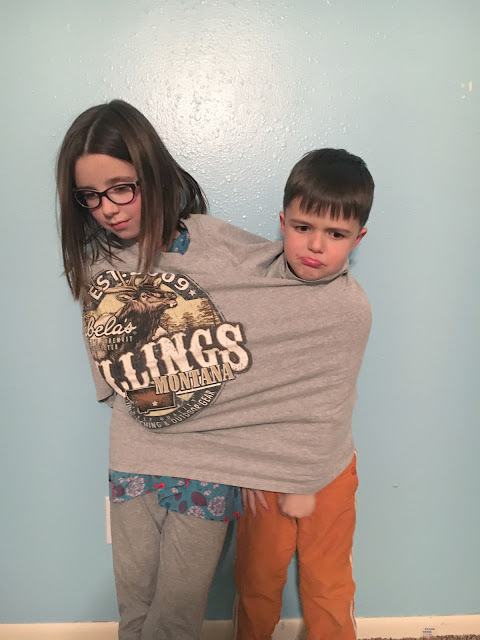 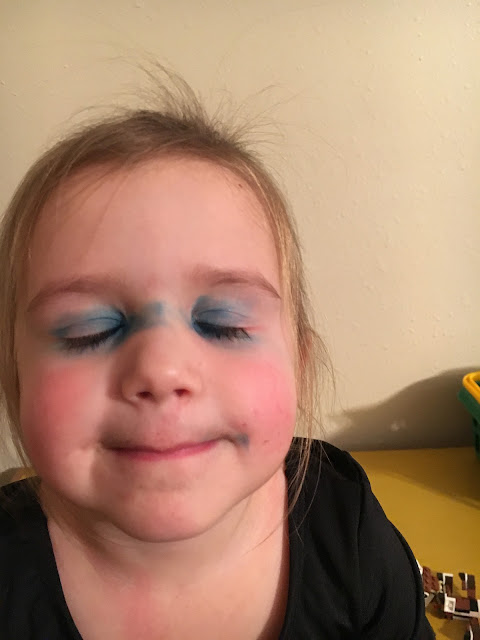 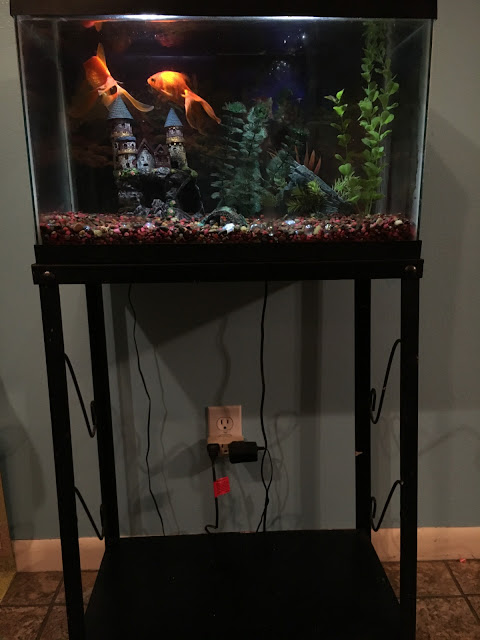 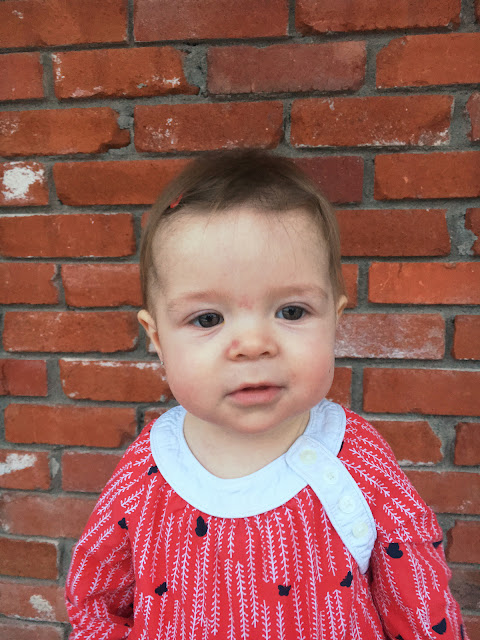 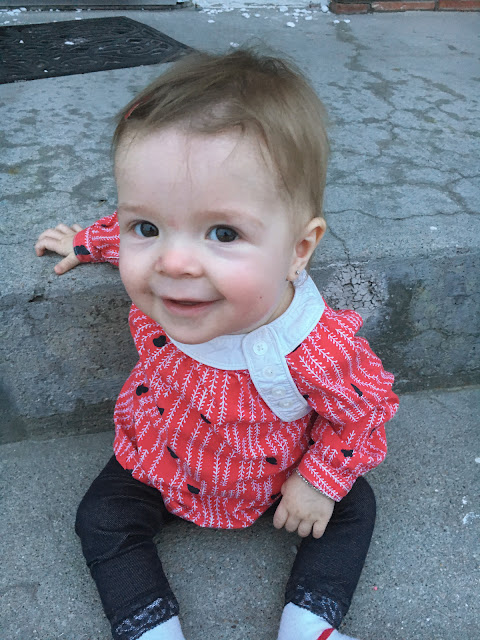 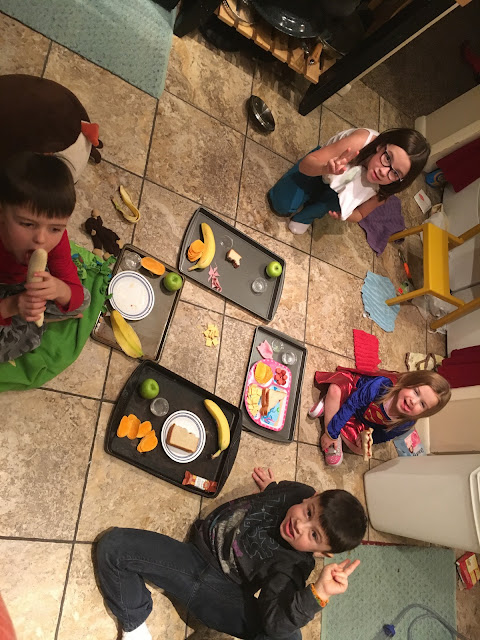 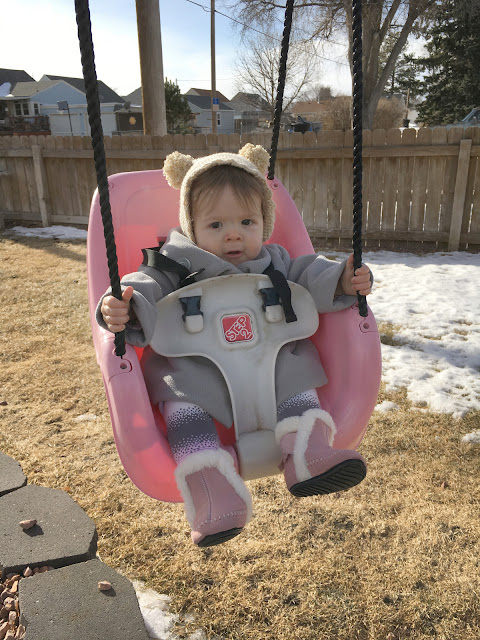 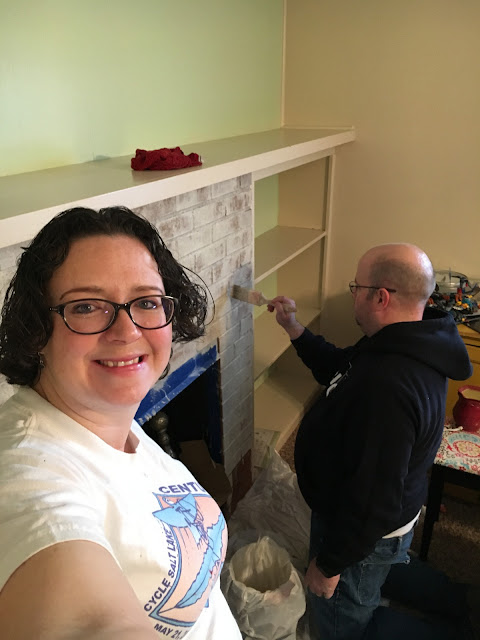 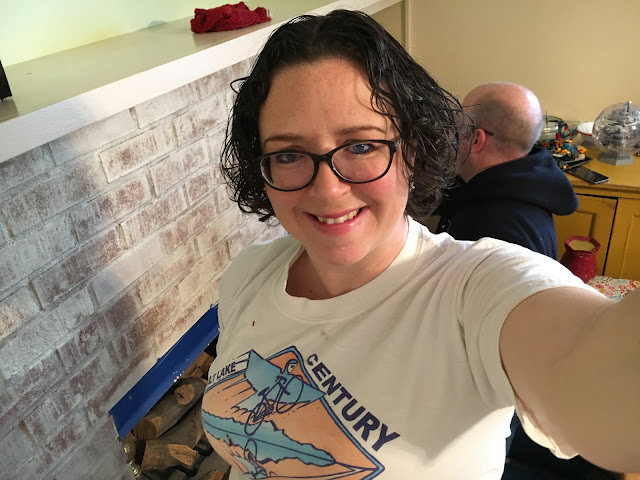 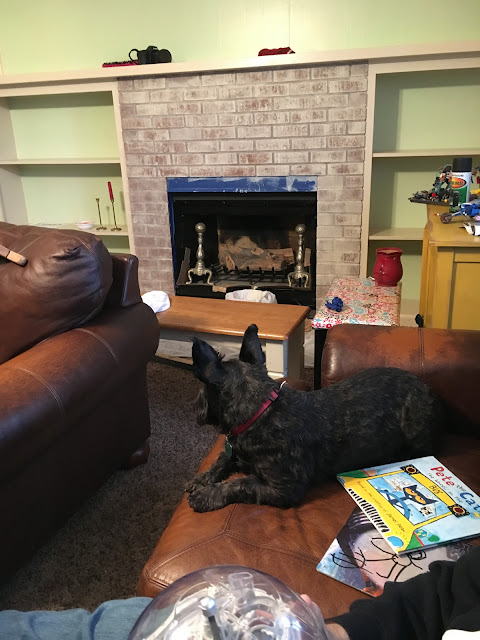 We returned to our normal schedule this week. All the afterschool activities and homework madness is now in full throttle until the end of the school year. I found a voice teacher for Amelia, we just need to set a date and time! Amelia is quite excited to start voice. All week she's practiced songs to the Moana sound track. The rest of us sing along and dance. We think Justin's made up lyrics to Shiny are exceptionally silly since his lyrics are based on his shiny head. Phillip is also quite interested in starting piano lessons, his teacher Mrs Hokema is also a piano teacher.

Monday we fed the Elders for dinner at the last moment. I made Thai curry over brown rice. The newer companionship we have is a bit picky over food. I feel a measure of anxiety making food for them. Thankfully, the both gobbled up several servings of the curry. They taught us a FHE lesson on being reverant in church and listening during the sacrament. For FHE activity the kids demolished their gingerbread houses with butter knives and forks. Jen happened to be over for a while so witnessed the destruction. She was close to freaking out, especially since the mess what unfolding right before us. The boys cleaned up their mess as best they could. I did happen on stray pieces of gingerbread here and there throughout the week. I even found one floating in the fish tank. Jen is having issues at home so is staying at friend's home. We left a mattress out in the basement in case she wanted to sneak in and sleep. Instead the kids spent the week jumping on the mattress and playing house/school with the mattress as the nap area. She did stop in several times to use our shower this week. It was a great reason to make sure the basement bathroom was clean.

Tuesday Justin and I decided to hold our first Family Council. The kids are using physical retaliation far too much when mad, sad, or upset. Justin and I pow-wowed during the day and came up with a plan. Our council was pretty good. Amelia sulked most of the meeting, her mind set that we were holding the meeting solely for her hitting issues. Indeed, she is the worst abuser. The boys were quite anxious to try out the shirt consequence, two kids stuffed into a shirt until they are friends again (or 5 minutes). I asked for help on FB and got a lot of good advice, my favorite from Sister Michaels: A grandmother's counsel...There is no discipline in the the whole world like the discipline of love..it has a magic all its own. Girls start to make some changes about this age.. and irritability goes along with this process. Maybe a special mother daughter time together where she has just time alone with you..maybe this time together you could visit with her and find out some of her deep feelings. Sometimes they just need time alone...you will know what to do..the Holy Ghost will guide you. Things will work out..they always do. Her consel rang the truest. As a family we made a goal to be more loving and kind. To learn how to be angry without acting mean. Justin said something that was pretty darn good as well, he said: motion changes emotion. Often times just moving and going changes the way we feel. I am grateful to the HG for helping us with ideas for this special meeting. Amelia and Everett were the first contestants to win a turn in the shirt. Everett stuffed his head through the arm hole. They thought it was pretty silly, their amusement quickly diminished as the consequence went on. I am very happy to report my hand has not smacked Phillip's bum all week. He did earn one root knocker for not using his ears and ignoring me more than 3 times in a row.

Evelyn looked so, so cute on Wednesday for ballet. She talked about dancing in ballet with her friends all day long. She let me fix her hair in a ballerina bun. I had to smile when she insisted on bringing a purse...with two applesauce packets inside. She is growing up way too fast. This week we were driving to Walmart when I heard her exclaim, "Mom! I did IT!" She finally made three fingers with the thumb and pinky clasped together, a rather hard thing for a kid. She insisted on wearing a supergirl costume off and on all week. She found a headband and the dress on Tuesday. She watches Everett shooting imaginary weapons in some game in his head. Lately, she started copying him. I hear her shooting bad guys with her blasts. A few minutes later she is making eggs at her kitchen for her baby dolls. She recently named her favorite barbie doll, Barbie-Q. This week she is obsessed with Lipton noodle soup. I am not so keen on it since I actually have to cook the soup on the stove. She eats it for breakfast, lunch, and would for dinner as well.

I sold my fish, tank, and supplies to a lady out in Big Springs. It was harder than I thought to get the tank ready to travel 90 minutes away. I've had those goldfish for 7 years! Quite miraculous they lasted through 3 toddlers. I need the wall space and hate cleaning the tank. I've run out of precious time. The fish left after the kids were in bed. It actually took them all two days to notice the fish were gone. I told Everett earlier on Thursday the fish were leaving. He started to cry, whining that I gave him too many chores, so many that he did not have time to play with the fish. I advised him to spend time right then with the fish. He dried his tears, watched the fish for a minute. He piped up, "Mom? How to I play with fish? They are kind of boring!" Then wandered away.

I had a funny conversation with the boys about choosing between cheerleading at a BB game or participating in the Missoula play auditions. Phillip drolly said, "I don't want to be a caterpillar again. I was soooooo bored." Everett muttered as he rubbed my side like a dog, "I looooooove caterpillars!" When I told Phillip the play is Rumpelstiltskin this year, he decided being in a play with a goat midget would be pretty cool. They both decided it would be way cooler to try out for a play with Rumpelstiltskin.

Josie is now on the go. She scoots on her bum when sitting, and scootches while on her tummy. She spins in a circle like a champ. Her new favorite post-dinner time activity is to help with dishes by standing at the dishwasher resting her hands on the lowered door. It is just the right height for her short, stumpy legs. She delights herself pushing and pulling the rack, removing silverware, and banging items on the door. She started making some silly faces this week. The fish pucker made a reappearance. She learned how to make a surprised face as well.

Saturday was a gorgeous, warmer than usual day. We took a family walk to Oya for Justin's cheat day celebration. Everett ordered shrimps, rice with cheese. He ate it all. Everett quite loved the new music selection at Oya that afternoon. He got up after eating and started dancing, white boy style. All herky jerky. The waiter was laughing so hard he called the cook and kitchen guys to come spy on Everett's move. His crotch got a bit itchy so pulled a bonifide Michael Jackson move, pure instinct. We were rolling!

I finally busted out the paint supplies and started painting. I got the kitchen accent wall and living room accent wall painted. Justin helped keep the kids out of the paint. Everett was so excited he touched the wall three times. He got paint on his shirt and ended up with paint on his skin. That kid is so absent-minded sometimes. He was watching me pour paint into the tray, so he leaned his hand and arm on the wet wall to rest. Justin removed the fireplace screen. He tediously taped off all the glass door areas then sprayed the entire screen black. Bye-bye sketchy brass coating. I made a paint wash with 1 part paint 2 parts water using the new wall color (water chestnut). We washed the bricks with the mixture. I think the bricks look amazing! Definitely more subtle. After a day with the new paint color I am pretty sure it needs to be changed. The color looks more minty than neutral green. It would work IF all the accents pieces I have were repainted. That might cost too much extra money for spray paint and such than a new gallon of paint. My designer friend Meagan is making up a color scheme I can work with. The project is on hold until I decide on a new color. Jen came over to watch the kids while the adults went to see Passengers at the theater. It was a huge disappointment. Boring. Should've watched the other movie instead.

I started taking vitamin D and lexapro, stopped taking zoloft. I am curious to see if the Lexapro helps me better than the zoloft. I've felt curious the last year with so many changes. I think it's safe to say I don't feel much of anything. Just tired and cranky most of the time. Justin is thinking about making some medicinal changes as well. Gah, depression stinks!

Today's Sunday school lesson was quite a bit of fun and ever so touching. The topic was teaching others about God. The scriptural references were from Alma/Korihor; Ammon/Lamoni; Aaron/King. Instead of another round of reading the spirit inspired me to make skits using the scriptural words as the dialouge. We had fun practicing lines, using sparse costumes, and then delivering the skits. My favorite was Korihor dressed up with a Darth Vader mask. Bishop was behind Quinn breathing like the dark lord. It was hilarious. Yet, in spite of the hilarity the spirit shone through and taught us all that we are God's children. Sister Peters bore her testimony as a convert how learning about God helped her join the church. I could not have asked for the spirit to be stronger in that room than it was earlier today. We are so blessed to know. So blessed to feel. So blessed to be challenged to act in HIS ways.

My brother Jared got his mission call to Johannesburg, South Africa! He leaves in April! Yet another miracle this week.