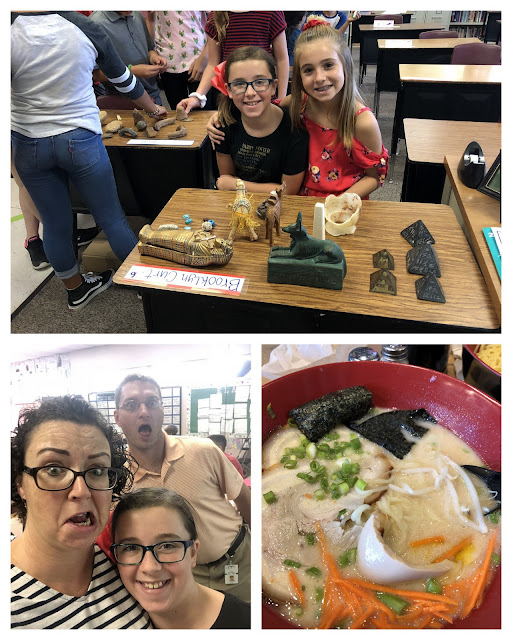 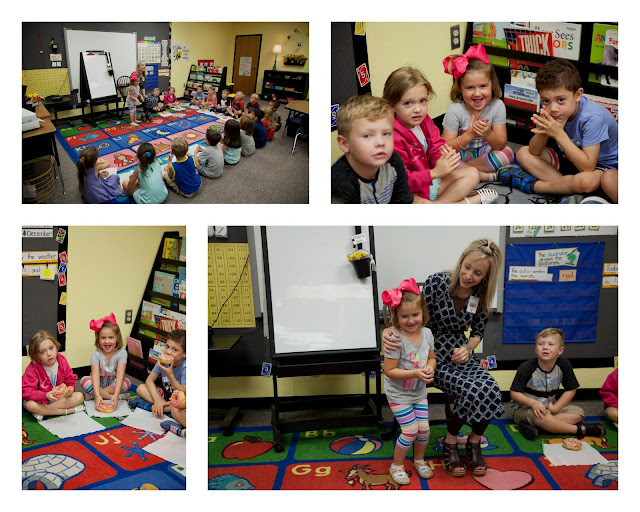 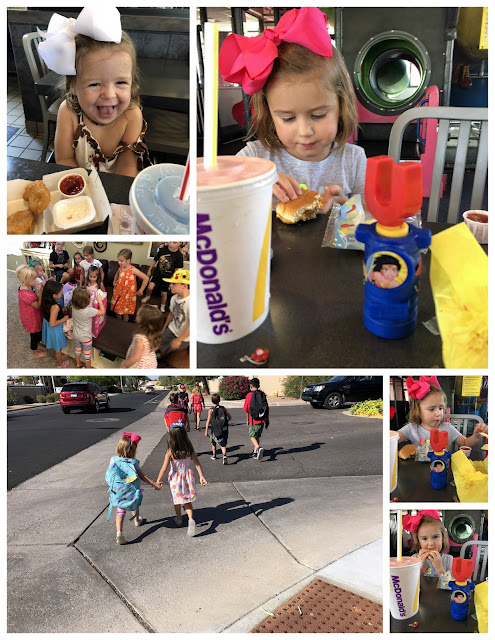 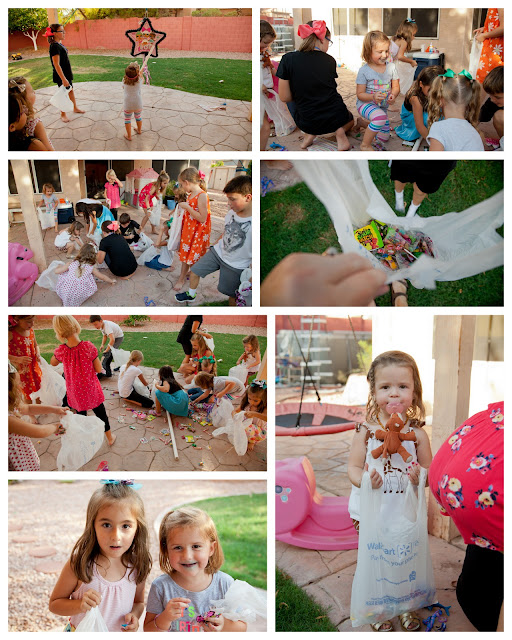 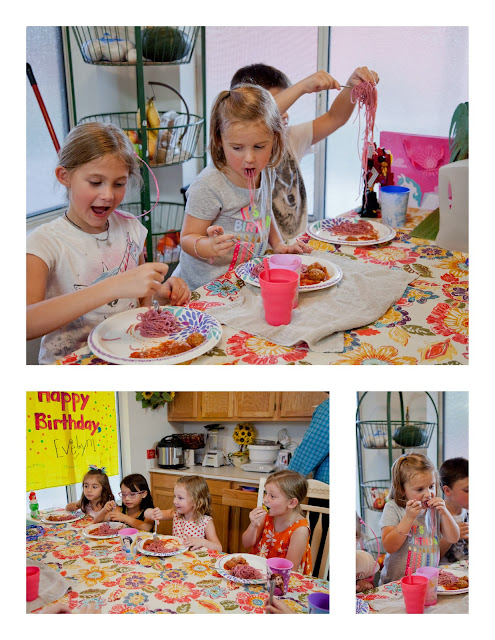 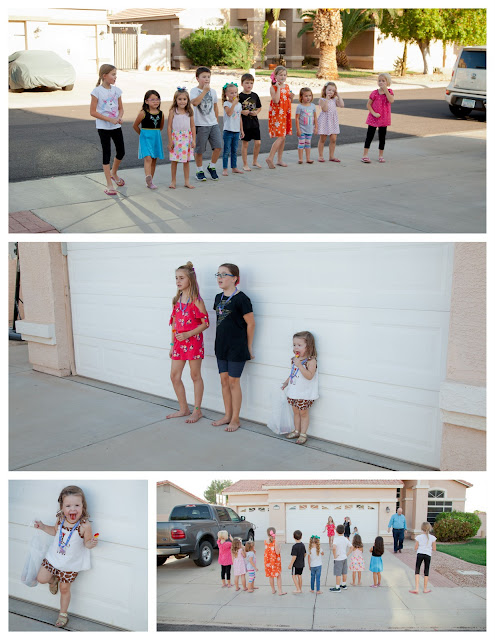 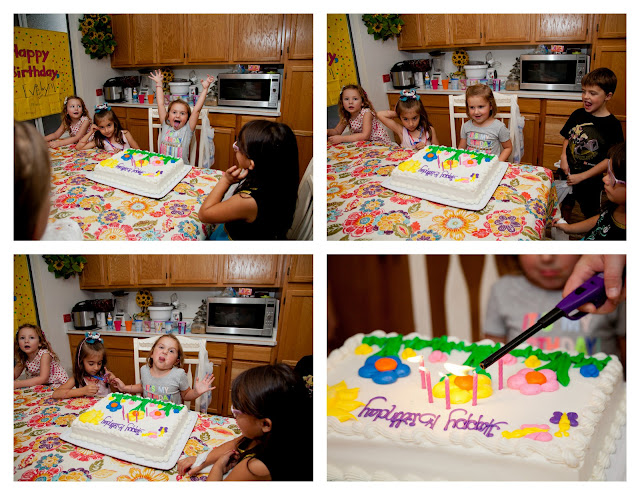 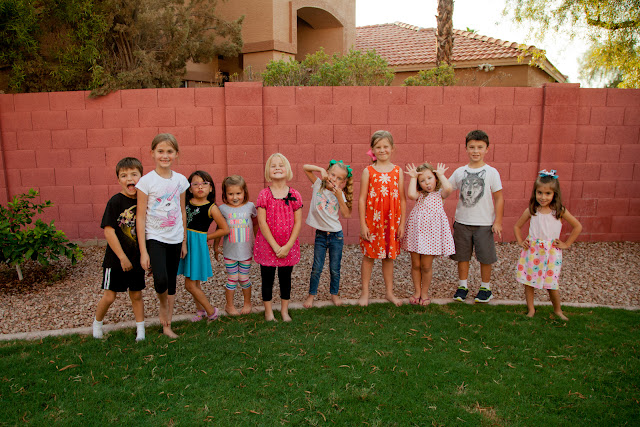 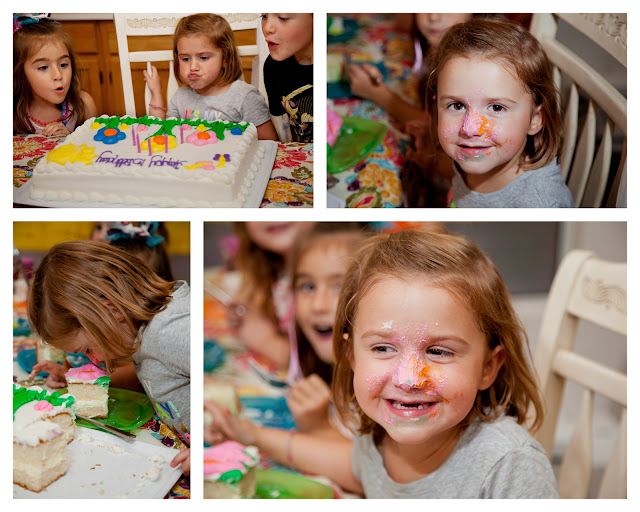 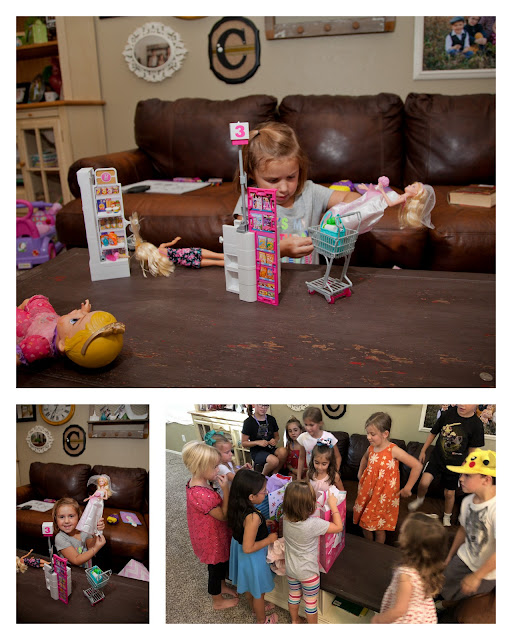 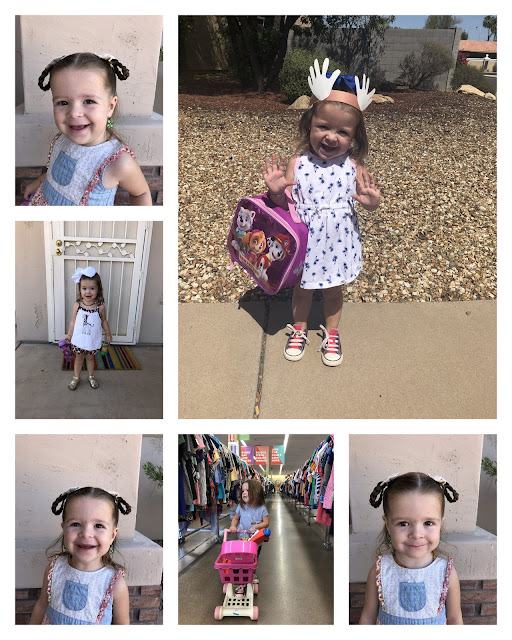 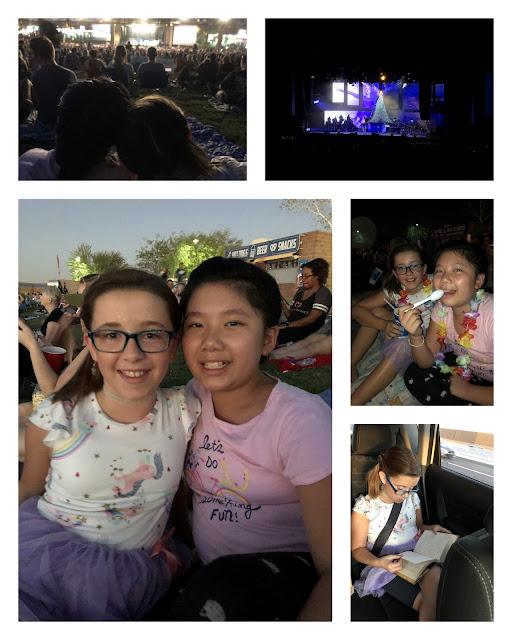 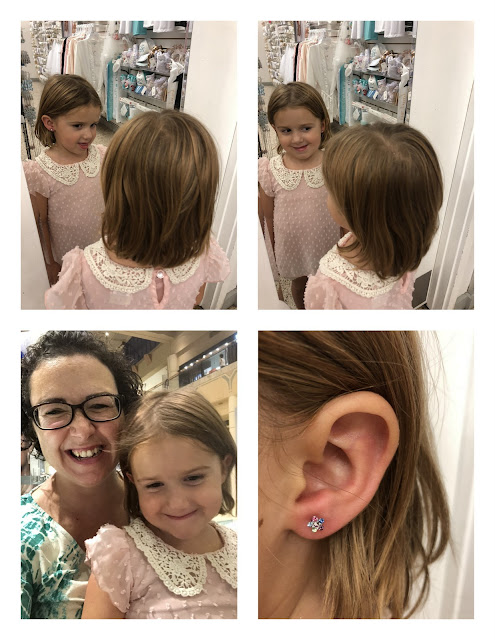 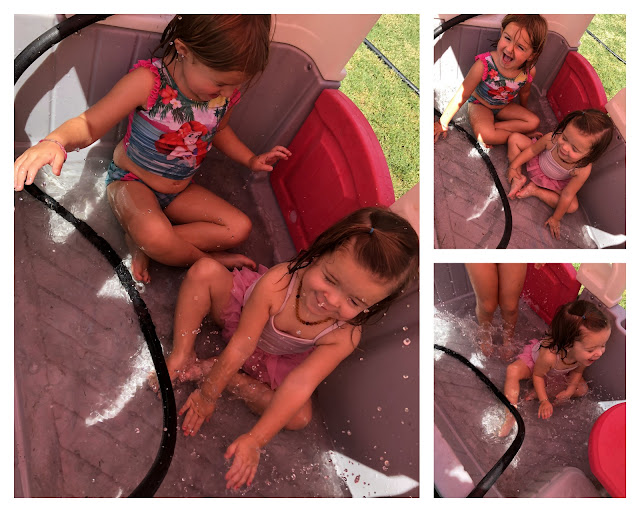 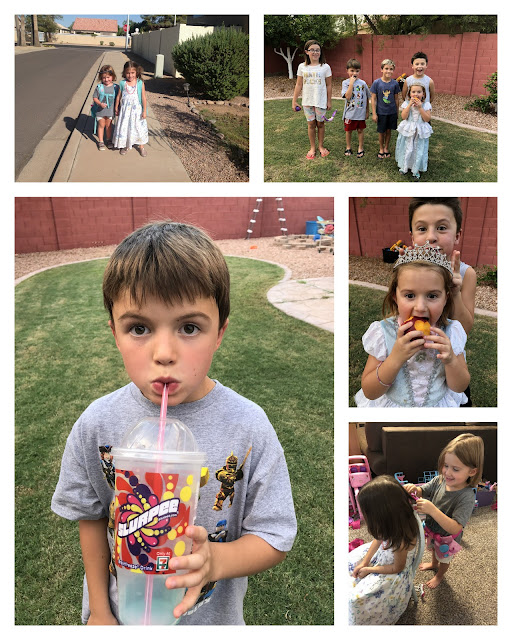 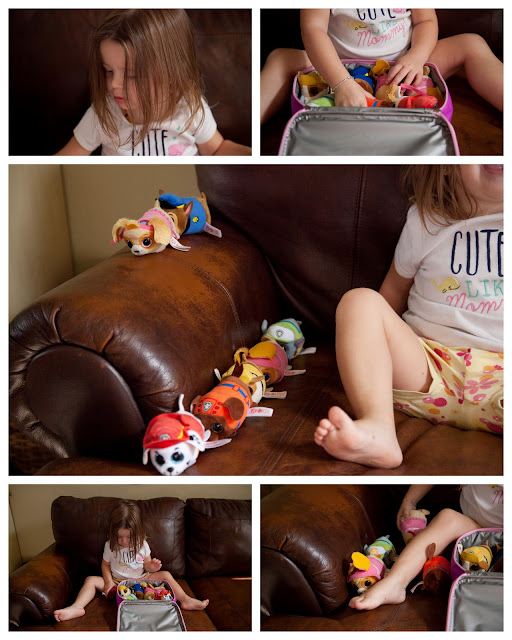 Our week was incredibly exciting! We had several new and exciting events that elevated our week to a new level. Monday morning chaos was triple the chaos due to a certain little girl's 5th birthday! She was so excited to FINALLY have a birthday. She's happy to turn 5, but started to cry when she realized that next year she'll be 6, she's scared of 6! She got unlit candles in her cereal, because of course lit candles are also scary. As soon as the kids dashed off to the bus I got myself and Josie ready. I dropped her off at a cute preschool class for a couple hours, more about this below. Then dashed off to get 4 dozen donuts for Phillip and Evelyn's classes. Took me three trips to get all the donuts inside the school, plus another trip for another armful of stuff for Amelia's class. Mr McKenzie asked me to bring some of my items from Egypt and talk about my experience there. Mrs Soudani and class joined us for the hour we chatted. I loved showing off my neolithic collection collected from the sands of the Fayium. Amelia helped me make a slide show with some photos my dad took on our Nile cruise. The kids had quite a few questions and seemed to enjoy the items I brought. Each kid had a chance to come touch and view the items I brought it. Right after the presentation I rushed over to Evelyn's class for snack time and Happy Birthday donuts. She was so nervous it was darling. I rushed to pick up Josie then ran to Costco for Evelyn's birthday cake. We rushed back to school to grab Evelyn for a special lunch at her favorite McDonald's for a cheeseburger, fries, apples, orange soda, and ketchup, and a toy. The girls loved the time they had to play in the play structure. Both Josie and I took a nap that afternoon! The afternoon was also full with cleaning up from the weekend clutter. Evelyn had a play date party with several little friends from school and church that started right when she got home. We had Alta, Miranda, Caitlyn/Abby, Elise, Marianne, and Isla over to play. The kids went bonkers over the pinata. Everett was pestering me to help fill it and knock it's guts out. We got the pinata and the candy craze over early in the party. The pinata was so heavy only two kids had a chance to whack it! Amelia and Brooklyn helped out by playing games like red light-green light, red rover, and mother-may-I. Evelyn chose to have spaghetti and meatballs for dinner. Of course, the spaghetti had to be pink! Evelyn was quite generous with the gifts and let all her friends play with the new toys. I love all her crazy facial expressions, her smile is crooked due to all her missing teeth. Makes that kid quite endearing. We ended the party with cake and a song. She was scared of her birthday candles so big brother Everett blew them out for her. Evelyn then smashed her face into her frosting instead of eating her cake! Crazy kiddo. Soon all the kids were smashing their faces into their slices of cake. I got all the faces washed off before parents started to show up. After everyone left we let Evelyn open up her gifts from us and the grandparents. She was delighted with a Barbie shopping set and a Bride and Groom barbie set. I then dropped dead into a deep sleep on Josie's floor before she even fell asleep.

Kristin Russo is teaching monthly tot reading groups. Her first group started this week with "If You Give a Moose a Muffin." Her groups are small due to the focus age of 2-3 years old. Josie had a total blast each morning at the "Paw Patrol" house. Kristin has a paw patrol set that Josie adores each time she goes over. She loved getting dressed and driving over each morning last week. One day she picked out pretty green dangle earrings to wear for her "Moose Muffin" date. Once the earrings were in she clasped her hands and twisted back and forth in front of the mirror, "I so bootiful! I bootiful mom!" I think my heart swelled a couple times larger. At the Russo's Josie jumped out of the van and waved me a goodbye, marched right in, and never looked back! Bless her little heart. The last day she waltzed out of class with a grin, "Mom! Hands on my head! I so silly!" She had a headband with her hand prints to look like Moose antlers. She carries around these three Paw Patrol stuffies, two Skyes and one Rubble. I splurged big time and scored the other 4 characters plus a lunch bag to carry the crew around in. She totes her new pup pack around all the time now. We sure love her sweet smiles and innocent chatter.

Wednesday evening Justin, Amelia, Chloe, and I got to see Lindsey Stirling in concert! We met up with our Call cousins on the lawn of the Ak-Chin stadium for the event. We were a bit late but no worries since Evanescence was performing first. Before we left Amelia and Chloe dusted themselves with copious amounts of glitter and perfume. I was grumpy, mornings are killing me, the chaos is more than I can handle. Two ADD kids makes for interesting mornings full of yelling and crying. The Godard's helped watch our crew while we went to the concert. Evanescence gave a really good performance. The highlight was Lindsey! The girls were bored until it was time for their idol to perform. I confess that Lindsey's performance was more showy and glitzy than Evanescence. Her portion of the show was so amazing. She also chatted with the audience more than Amy did. Lindsey said some interesting things that made me think: 1. when she was depressed nothing would remove the darkness. Instead she started to fill herself with light and things that pushed out the darkness. Eventually, the darkness was gone, replaced with light. 2. to have the confidence to be you and let the world catch up 3. she is a huge Harry Potter fan, a gryffindor! The amount of smoke was overwhelming, vape smoke, cigarette smoke, and heck throw in some marijuana. I'm glad the girls were totally unaware. We got home around midnight, tired and thrilled. Amelia and Evelyn slept in a bit the next morning until 8:15, was able to get both kids to school before the bell at 8:40! I even got a nice nap while Josie was at story time.

Friday Josie and I headed up to Scottsdale for some shopping at Savers and lunch with Justin. I found a couple cute shirts for myself and Justin found some handsome one. Ha ha. Josie quite enjoyed pushing about a tiny cart she filled with toys, happy until we left the cart/toys in the store. Justin took us to Ramenhood for lunch. Pretty tasty ramen that tastes nothing like the packages of dry ramen. Yum. The soft-boiled egg was quite delicious. Evelyn's friend Caitlyn got her ears pierced earlier this week. I showed her the photos with no comment. A while later Evelyn approached me asking for her ears pierced just like her friend who is five now. Yes! Her little friend Isla came home with her on the bus to play. The girls played Barbies, American Girl dolls, and my favorite...hair salon. Evelyn now has a best friend. They play well together so that is a bonus. Isla's dad came to pick her up shortly after they arrived from the bus. We convinced him to leave Isla for another couple hours and go out to dinner with his girlfriend. Bonus for us! After dinner and after Isla left Evelyn and I drove to the mall to get her ears pierced. She was a bit nervous, showed her nervousness by endless chatter. I got her all signed up then left the store to peruse another store since a baby was getting her ears pierced next, we did not want Evelyn to see her cry. Evelyn was so, so brave. She sat on my lap during the piercing. She flinched and gasped a little but did not cry! She totally earned two lollipops! Her new earrings are just like her personality, rainbow flowers! Love that cute kid. Now a few days later she is talking all about her new earrings, she absolutely loves them. She cannot wait until Halloween to change her earrings just like Amelia and I.

Saturday morning Justin led a torture session cleaning the yards up a bit. Amelia and Phillip were complete pills, whining and moaning the entire time. Everett stepped right up and enjoyed his chores! He pulled weeds, dumped them, helped clean the yard, dumped the recycling, emptied the dishwasher, and cleaned up toys without us having to ask him! Amelia was so annoyed he was getting all the positive attention. I asked Phillip to clean out the playhouse so he grabbed the hose and filled it with water, the little girls were in heaven! The Justin-bear came out to roar and prod the kids until the yard and house were at an acceptable level of clean. I cleaned up the garage then helped out with the yard work. Everett earned a huge slurpee for his cheerful help, going the extra mile. I had an image stuck in my brain I just had to realize. Evelyn was game to be my model, let me fix her hair, dress her up, and minded the poses I asked of her. Our pool is totally out of balance, once the kids went back to school it got put on the back burner. We missed swimming the past few days because the chlorine was either too low or two high. Jacob came over for the afternoon while his parents went to the temple. I love that we can trade kids once in a while. All the kids spent a happy afternoon playing various games like Pokemon to "Save Princess Evelyn." The kids totally forgot all about their devices for most of the day.