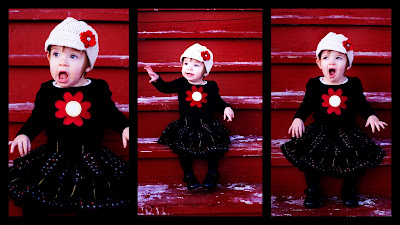 I called the moving company and scheduled a date for them to come pack and move our belongings. The reality of moving is slowly starting to sink in. The movers will pack up the house on the15th and move it to storage on the 16th. Friday evening Justin and I decided it would be best to just pack and move now instead of waiting for our house to sell. This is a real leap of faith since we do not have the resources to pay two mortgages or the townhome mortgage plus rent. Pretty much we will be using the entire Cabela's sign-on bonus as mortgage money instead of other fun things like a new Mac, decorations, ATV, etc. We did find out AT&T has coverage in Sidney so Justin wants an iPhone. Good for him! Just as long as I can play with it during church as often as he will!!!

Today I accomplished quite a bit. I sorted through three closets, the junk drawer, and packed some kitchen gadgets then took the lot to the storage unit or the DI. Miekka met us at the Murray DI for an hour of deal finds. I ended up with two books, not my best day! Amelia seems to always poo at the DI, no matter the time of day 15 minutes after we arrive she lays a stink bomb. You think I'd be prepared? No, I HATE carrying diapers and wipies in my purse. My car is stocked but not my person. De-bo (or Da-boo in Amelia) came over and helped me scrub the baseboards on the first level. It did make a tremendous difference.

Amelia is growing like a weed. She talks up a constant storm. Her new favorite game is to chase De-bo around the coffee table and pretend to be a horse. She loves it when I sing the William Tell Overture as she neighs and crawls around. Today she even wanted me to feed her some hay!! Her language skills baffle me each day. She has a little cold so was having difficulty breathing so I used the booger snatcher to clear her nose. First, it is NOT easy to suction a toddler's nose. Second, it was even harder when said toddler is screaming, "No, Mommy, no nose, no boogies!" She thinks Justin is living at the church building once he left on Saturday. She wandered the whole building on Sunday calling for Daddy. With her new cute outfit, thanks Miekka for finding the skirt, me new applique and hat, she was so scrumpy yum-yum.

she really is yummy! I am going to miss you all when you do all head for Sidney.

I can't wait to see Amelia tonight and then sew tomorrow!