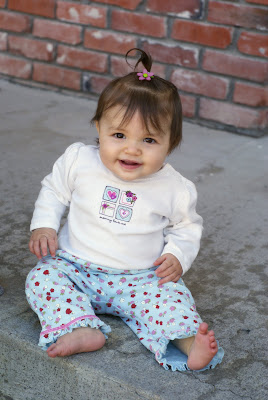 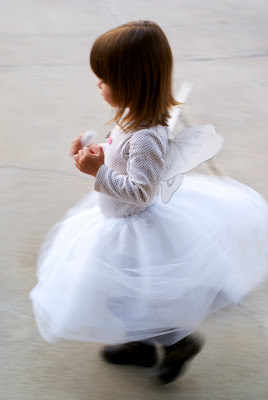 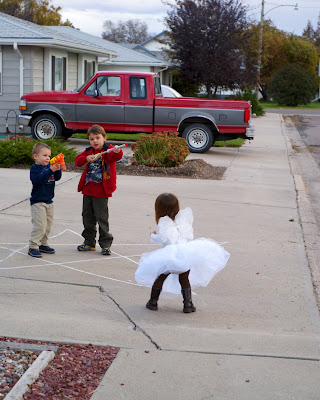 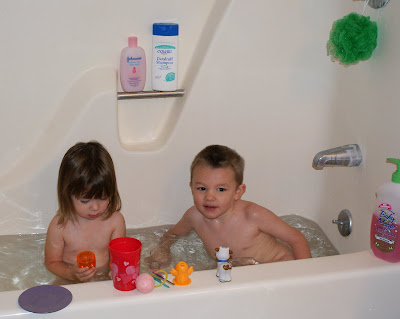 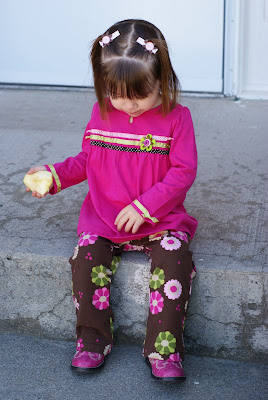 New outfit I made for Amelia (at least decorate the shirt) 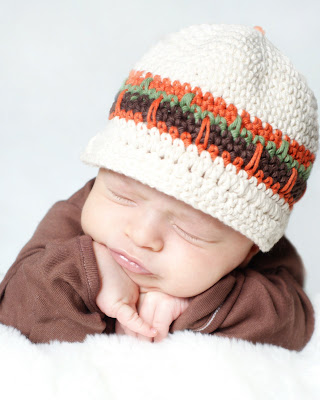 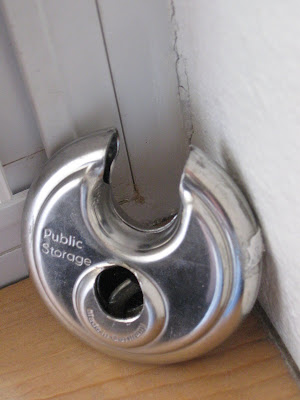 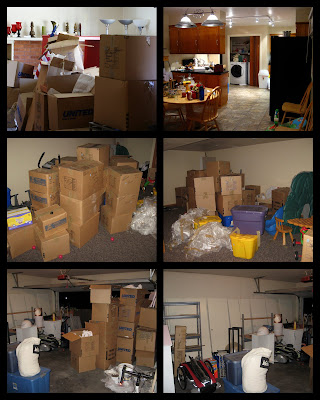 Our storage units stand empty and alone with the wind blowing through the cracks. We've waited 9 months for this moment! I got up at 6:30 am to make a donut run to the best bakery in town. You have to get there early otherwise only the plain cake donuts are left. Justin could not find the keys to our second storage unit so we frantically searched every obvious place. He went to Walmart to get bolt cutters and a dremel tool. Miekka said she arrived to find the guys in a semi-circle watching Brother Mason drill the lock to break it. How many guys does it take to break a lock? About 7!! I stayed at the house with the kids then directed traffic once the stuff started to come. The units were empty by noon and our house full of boxes. Miekka helped me unpack stuff until 1 pm. We went back to the condo for lunch and naps. We pretty much unpacked the entire kitchen by dinner time! Miekka had a yummy hot Indian flavored pot pie waiting for us. I am so grateful Miekka decided to stay an extra day.
We had some fun times with the Lances. Lia wore her first pony tail. Seth and Jacob taught Mia about super heroes. Yesterday afternoon she wanted a super hero cape!! The kids ate about 5 pounds of grapes, boxes of crackers, bags of cereal, and drank gallons of lemonade and milk. Lia showed off her extra cute gummy smile and squealed quite often. Justin thinks she is about the most happy baby ever...I concur. Miekka and I...well, we always have a good time. There never seems to be a shortage of funny things to laugh over or creative ideas to brew up. She inspired several home decorating ideas that you will be able to view in the upcoming months. How awesome that my bestest friend is my sister now?! One funny story from moving day: Amelia wanted a beef bullion cube. Miekka told her it was a salty beef cube. I guess this sounded like candy to her shaped like bright shiny red squares to boot. After an hour of imploring I finally unwrapped one and stuck it in her mouth. At first she started to say, yummy, but that soon dissolved into a gag reflex. She spit it out into my hand. Seth walked by at this moment and he asked what the brown cube was. I replied "a salty beef cube." He took a bite and immediately spit it out. He went into the basement and barfed...lol...my own fault. Those salty beef cubes are nothing to mess around with!!
I made a selfish claim yesterday. Justin wanted the bigger basement room for his office. I wanted the bigger room for my craft room. The room has to be multi-functional because it also needs to house the spare bed, toy storage, and overflow storage as well. Friday night I told him he should let me have the room since he named Phillip and no new camera is in my future. He was not convinced. Since I directed the traffic the bigger spare is now my craft room. I guess if he really wants it he can move the stuff out!!
Phillip caught a nasty cough and flu. He threw up so forcefully that the canopy of his bed and the floor four feet away were covered. I think he has an ear infection due to the amount of drainage coming from his ears. Poor kid! I stayed home from church with both kids. Phillip due to sickness and Amelia due to a severe case of the crankies. She rested on the couch for several hours before popping up with a happy smile. Miekka and crew drove back home at 9 am. Justin was very excited in a geeky sort of way that his huge battery (for his c-pap backup power source) jump-started Miekka's van battery. Miekka and family made it safely home by 6:30. The weather was 80 degrees yesterday, compared to the 30 degrees less than a week ago. We enjoyed an hour at the park with Amelia before dinner. Justin had a church meeting at 5:30 so Mia, Phillip, and I went next door to visit Ada. She is 90 years old and quite chipper. She absolutely loves to hold Phillip and enjoy his snuggles. Amelia loves to sing and dance for Ada, her price is a kiss and a cookie. We try to visit Ada 1-2 times per week so she doesn't get too lonely.
This morning we were over at the house bright and early. A plumber had to come over and fix the connection to the washer, which had a slow leak. Yikes, plumbers are expensive. He also noted that the sink connection was about to slip off, the sink disposer is broken, and that it would not be easy to put our washer/dryer in the basement. I unpacked about 20 boxes! Progress. For some odd reason I volunteered to feed the missionaries tonight. Better go start cooking. We are having Chop Suey and egg rolls.
PS: there are more photos of the past week on my picasa web albums...

You are a crazy mad woman, I tell you!!! Don't you love when plumbers tell you all of the other things that are wrong...wouldn't the inspector have noticed those things? hmm...

I can't WAIT to see what you do with my...I mean your new old window! 20 boxes, yippee! You need the big room so that there is room for to bums sewing! Tell him that! More fabric arrived today for me too...yippee!

a craft room is ALWAYS bigger than an office. crafts win!

Sounds like fun...and a lot of work! Glad Miekka was there through it all! You are VERY lucky to have your bestest friend be your sister now- such a treat! We are moving Anne and Logan's stuff this weekend - although Logan isn't here to help since he is already in Monterey.
Keep posting - it is fun to know what is going on!
Laura