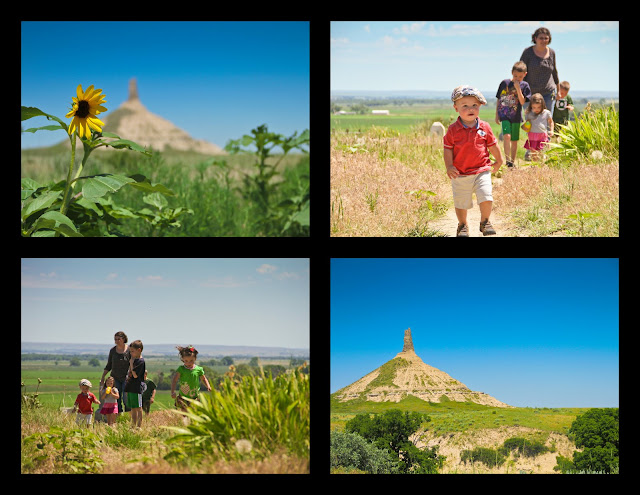 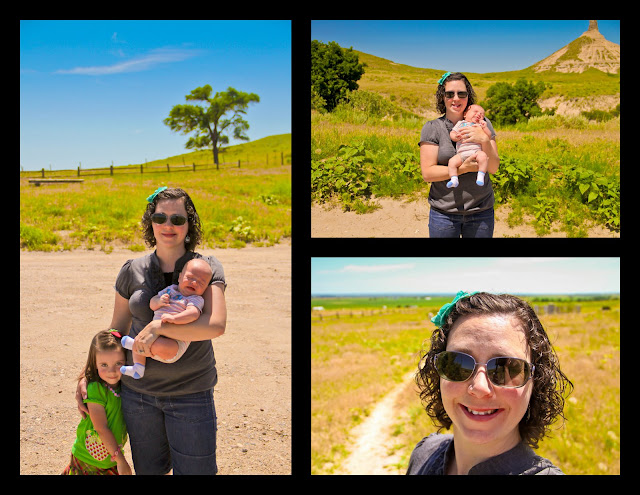 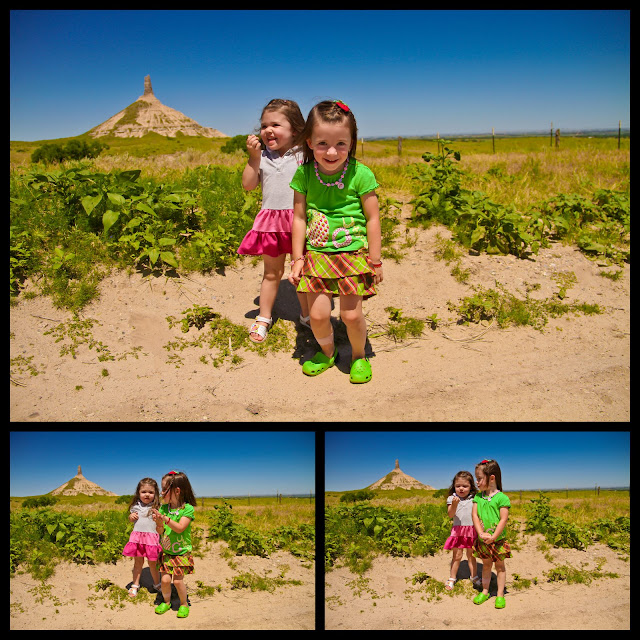 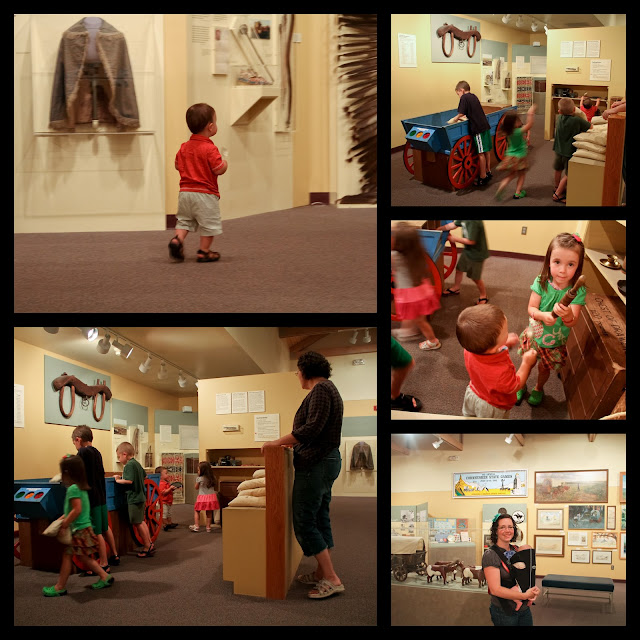 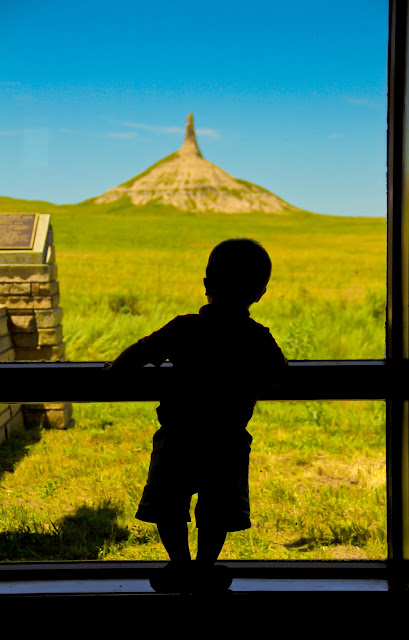 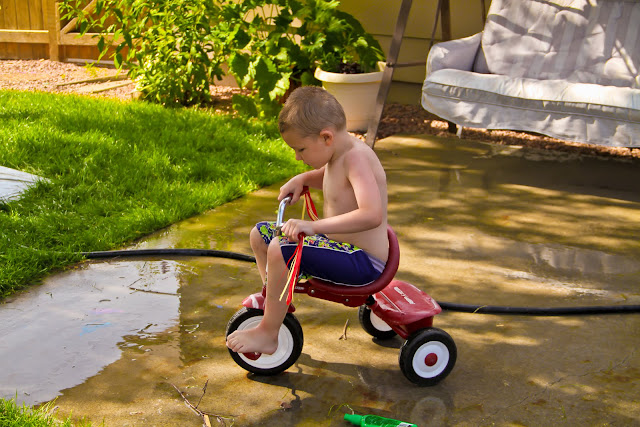 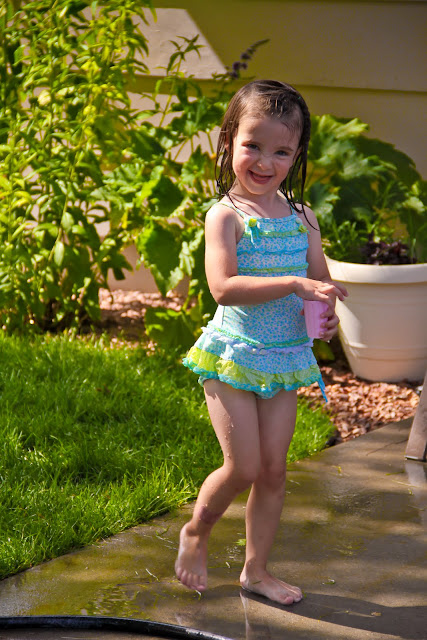 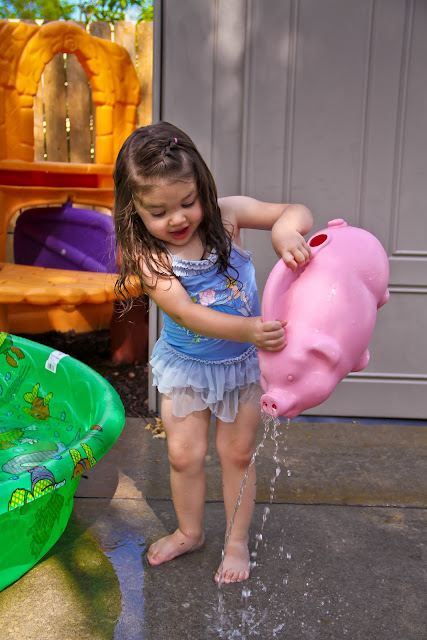 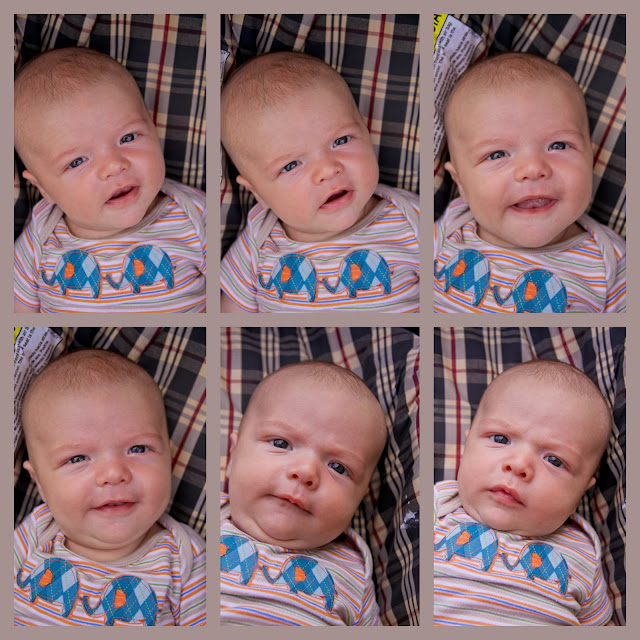 Oh my....it was sweltering yesterday. Course that was the day we chose to visit Chimney Rock, a location with no shade and rattlesnakes. I normally don't sweat but yesterday I was sticky, yucky. Nursing a baby in the heat is also no fun. The kids had a blast checking out the old pioneer cemetery and enjoying the view from the outlook area. Amelia was intent on having a picnic on top of Chimney Rock. She was not happy when we did not hike out there and use our cat claws to climb to the top of the rock. I could not believe the clear blue sky.

The kids had a blast in the museum filling the hand cart with items the Pioneers put in their wagons. They loaded and unloaded the cart several times. We drove up to Bayard to find shade and a park for our picnic. A nice large chocolate lab decided to join us for lunch. Seth was not so happy about that. The other kids were still a little shy of the dog's size but made friends with him. We did not stay long! Traveling and nursing baby equals lots of stopping.

It was super hot and humid, just perfect for swimming in the sideyard. I set up the slip and slide as well. The kids enjoyed playing in the water. We BBQ'd some chicken for dinner. While I was tending the chicken little Everett gave me some cute alert smiles and cooing noises.

Holy soaker of a storm hit us around 8:30 pm. Miekka counted 38 strikes of lightening in one minute! A couple of the thunder booms popped me right off my feet the reverberations were so strong. We had a little flooding in front of our home. The kids enjoyed watching our crazy Nebraska weather.

My Grandpa Everett Baerwaldt suffered a major stroke on Thursday. The week before he suffered a minor stroke but seemed to recover from that one. He was life-flighted down to UofU NCCU ward shortly after the second stroke. He is not doing well as of this morning. Last night his bowels started to shut down and has some bleeding on his brain. We are praying for him to pass on quickly and as painlessly as possible. He lived a full and marvelous life.

So fun to see the cousants together - especially Amelia and Lia! They are each adorable but even more so when they are a duo!
Sorry to hear about your grandpa Everett. I've known him a loooong time! Give my love to your grandma too!

What a fun day! We have driven by and checked out the cemetery but have not gone inside yet because I never have my camera with me.

Sorry to hear about your grandpa. My thoughts and prayers are with you and your family.

Oh so fun! I bet it's so great having Miekka and gang there!

So sorry to hear about your granpa. You will all be in our thoughts and prayers. He is the cutest...

So fun to have family join you guys again! So stinky about the flat tire and waiting - no fun with children for sure!

Everett sure is getting big - did you you bottle up that baby smell for me yet?!?

And why does Phillip look like a little boy to me and not so much like a toddler or baby - maybe another sibling does that - who knows!

And oh Jenni - I am so sorry to hear about your Grandfather. I will keep him and your family in my prayers. Your strength amazes me!

Seriously, I am in need of a Jenni fix - when are you guys heading this way?

so much fun despite the heat!!! glad to hear that grandpa's body is starting to heal!