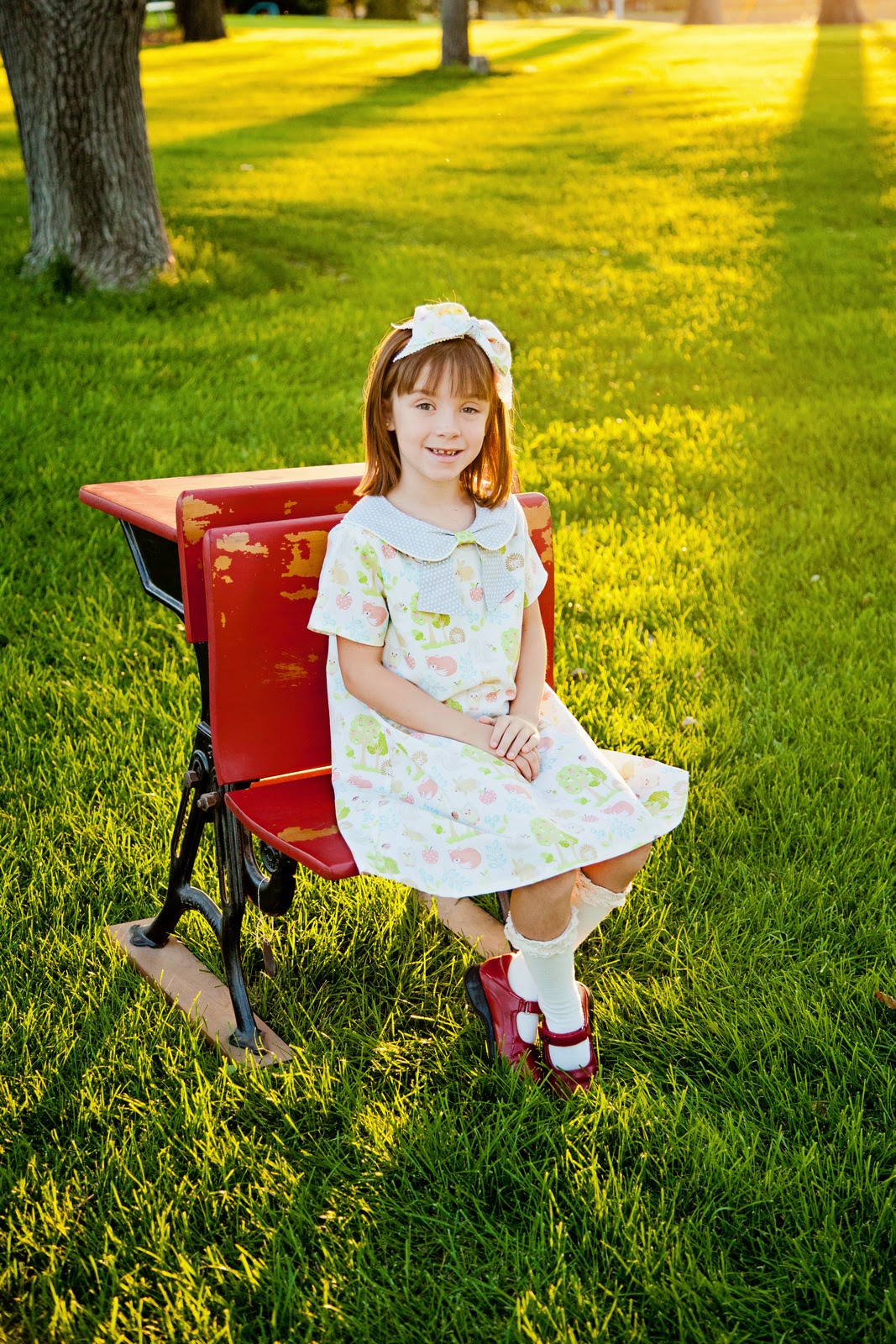 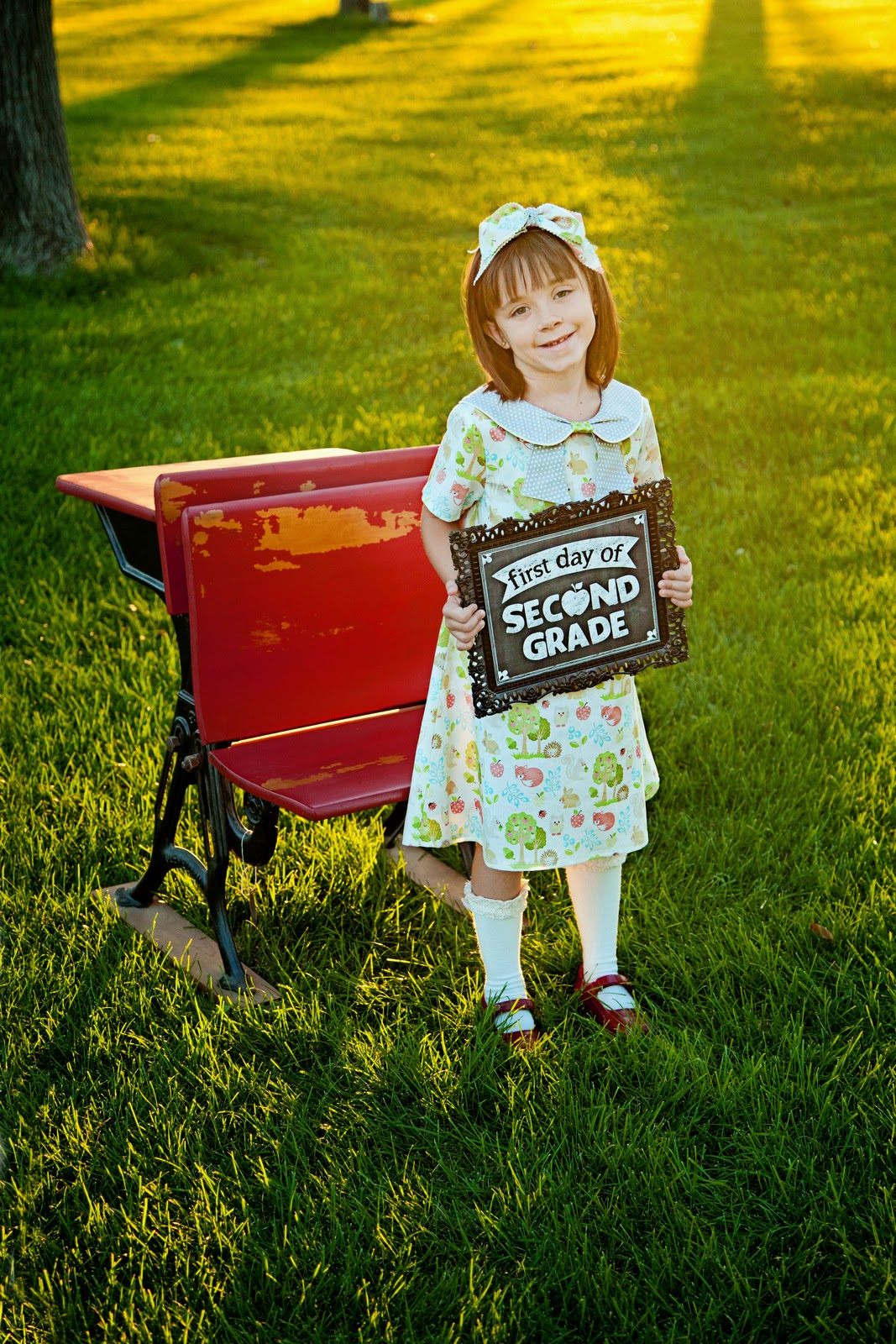 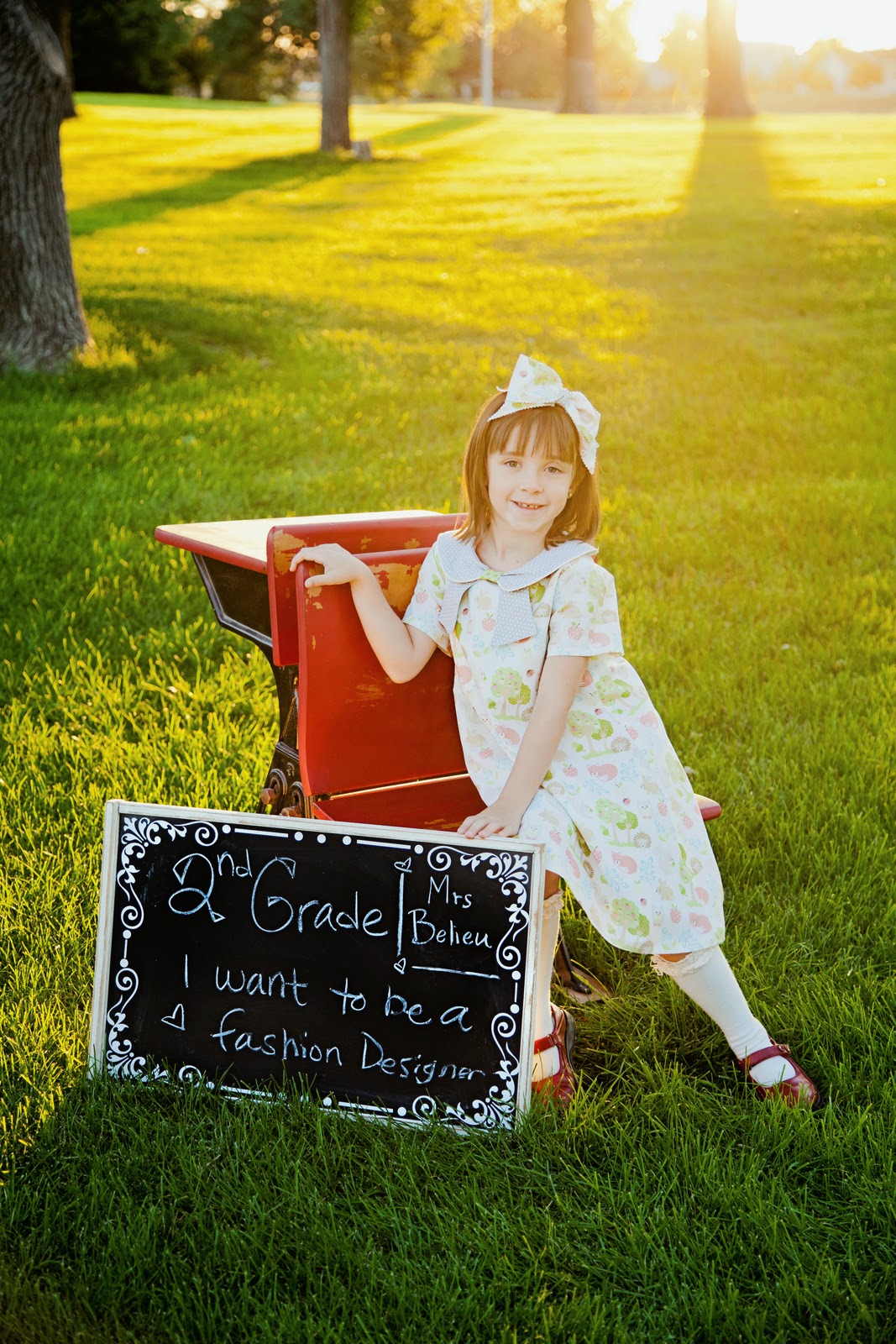 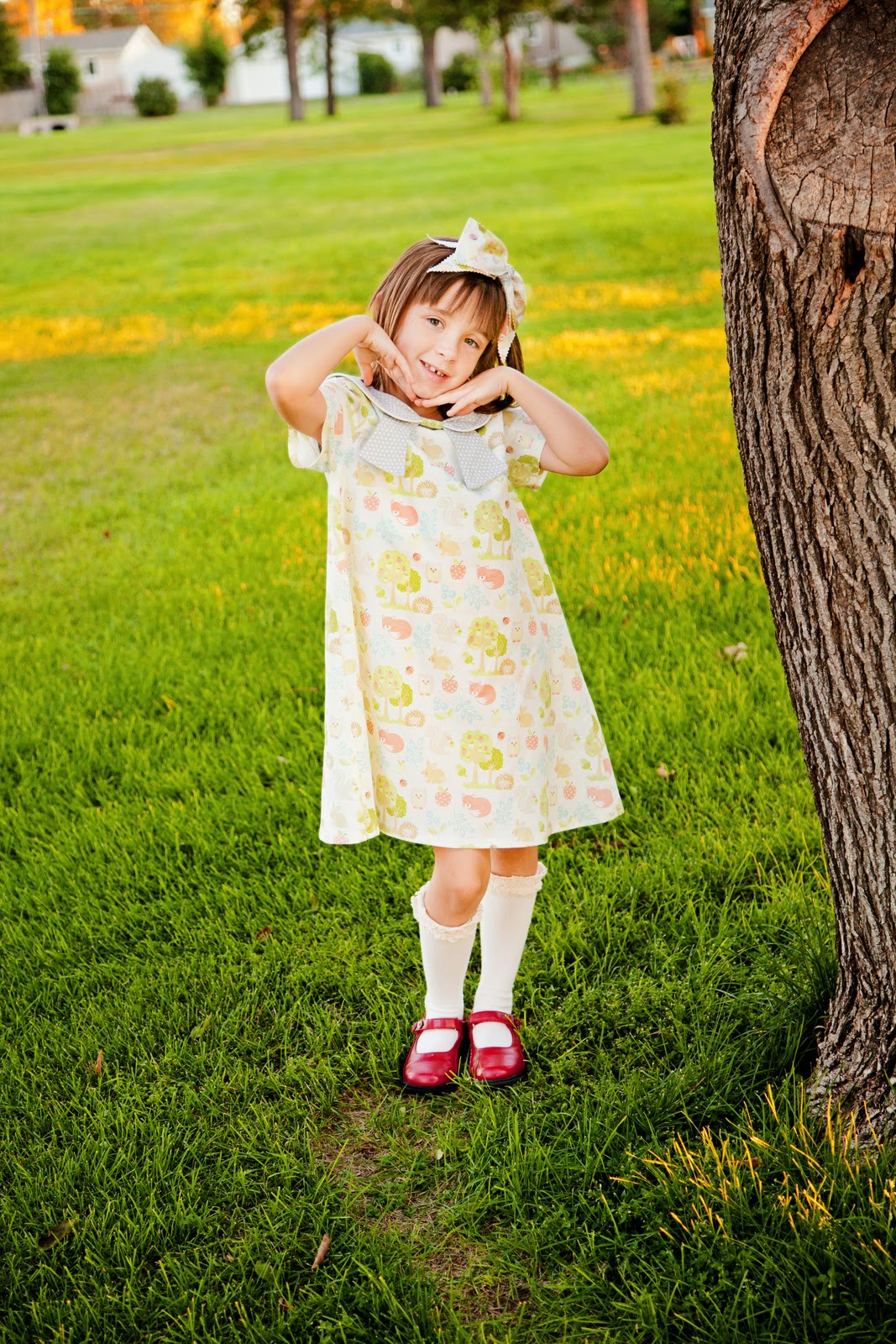 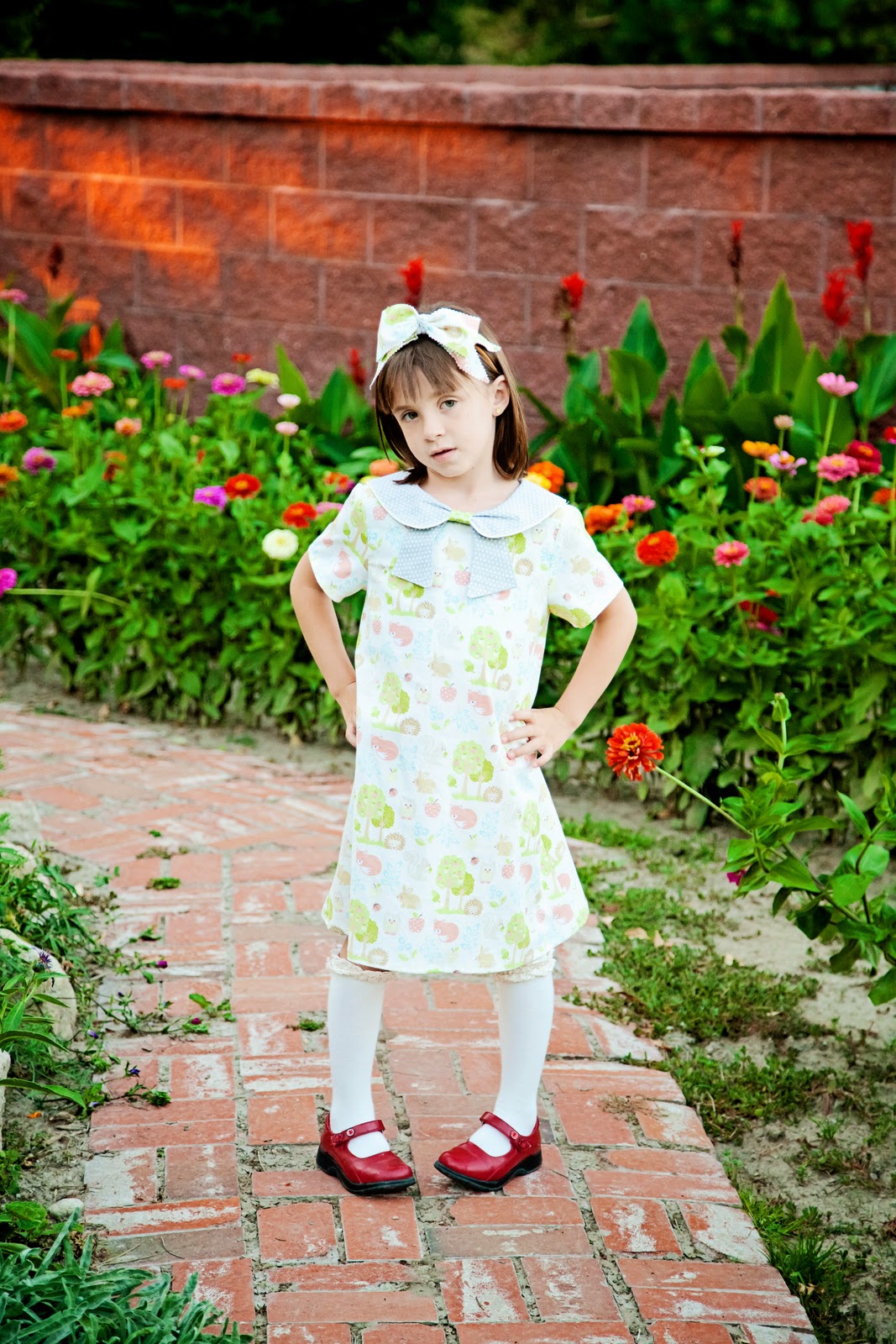 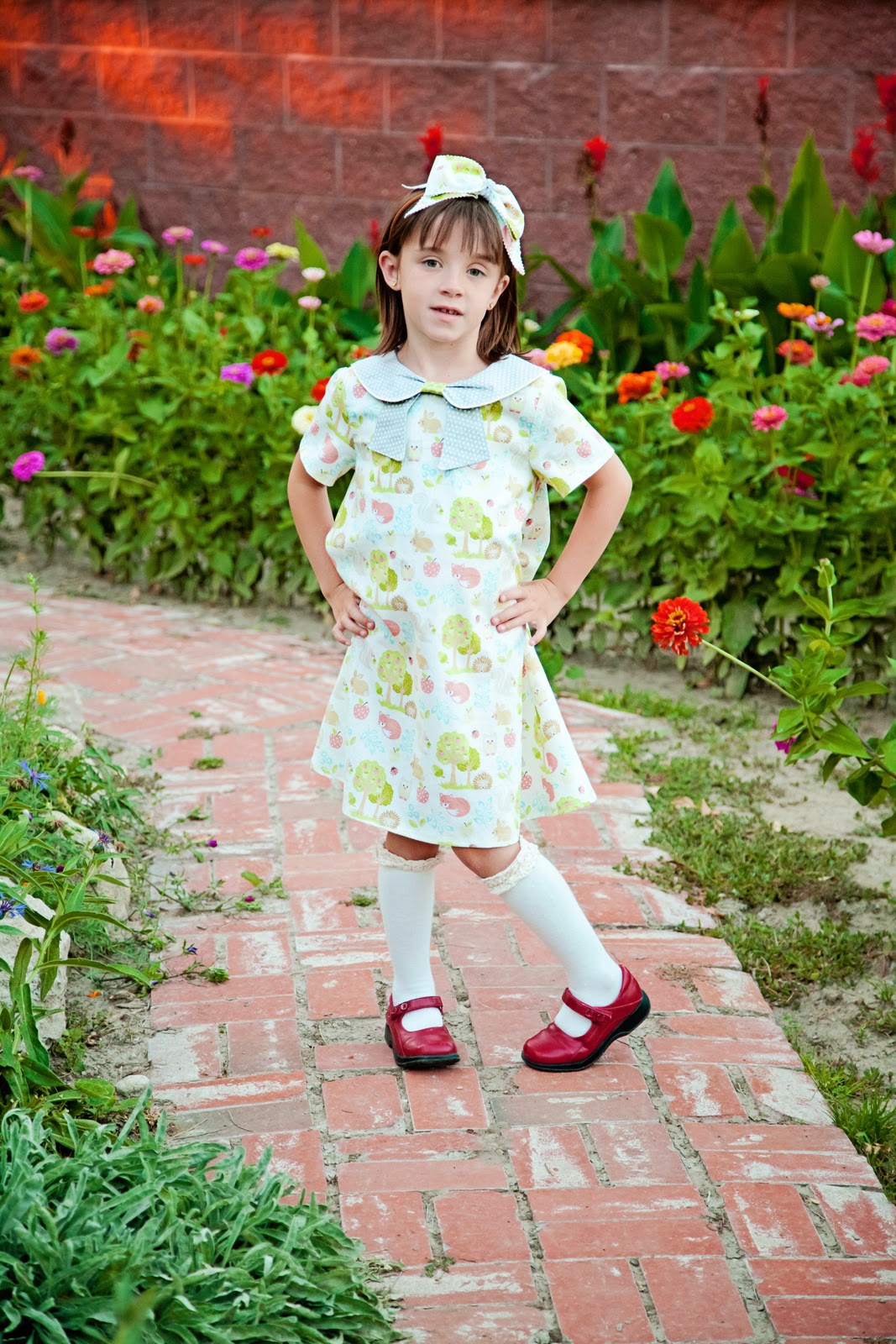 My little baby is in Second Grade. Folks! Second Grade. She is all girl...the mood swings, the moping, the whining, the best big sister ever, my go to gal, and everything in between. She was so, so excited to start school. She even wrote her new teacher a poem taped to a bag of gummy worms. She can be so thoughtful. Her first week back was awesome. Catching some fall back over the weekend but I expect a degree of naughtiness during the adjustment period. She looked like "Matilda" wearing the dress I sewed up for her on the first day. Several teachers said the same thing, with her new bangs the resemblance is even stronger. Amelia wants to be a fashion designer this year. She wants to sew clothes like me and make fashions, she plans on asking Santa for a sewing machine. Here are some highlights of her first week:

*getting new iPad minis at school
*setting up her own email address
*seeing Mrs Dobry while touring her school layout
*meeting her new principal, Mrs Westfall
*getting the biggest classroom in the school
*won a prize from the box to sit in the twisty chair and the fuzzy chair