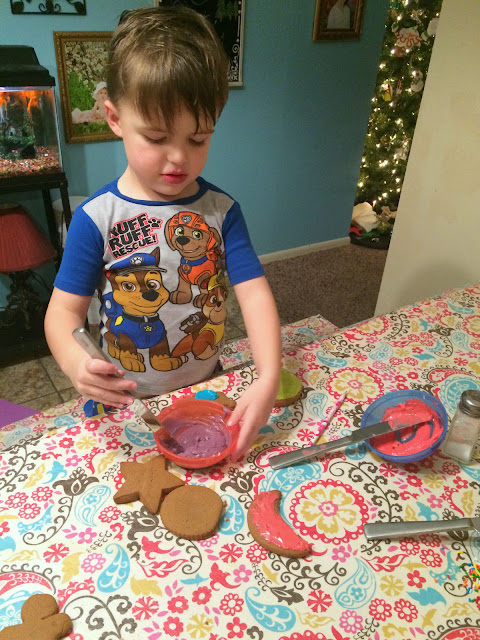 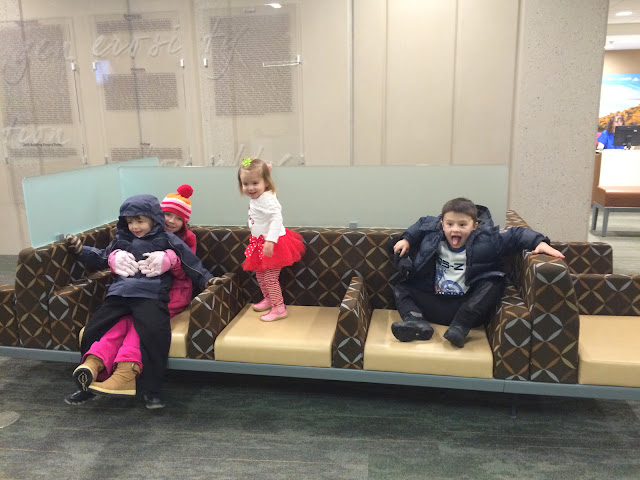 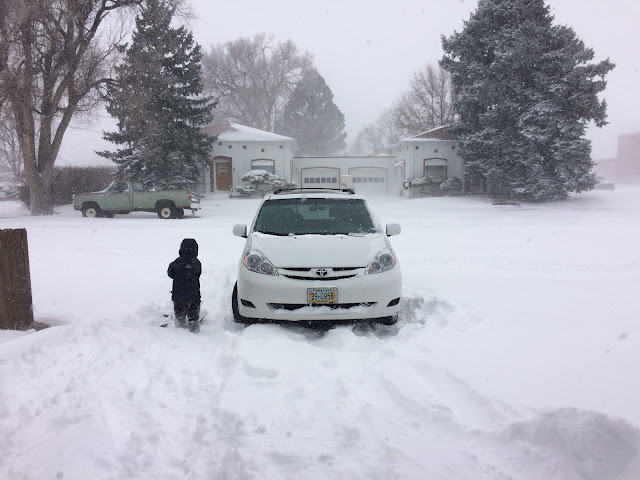 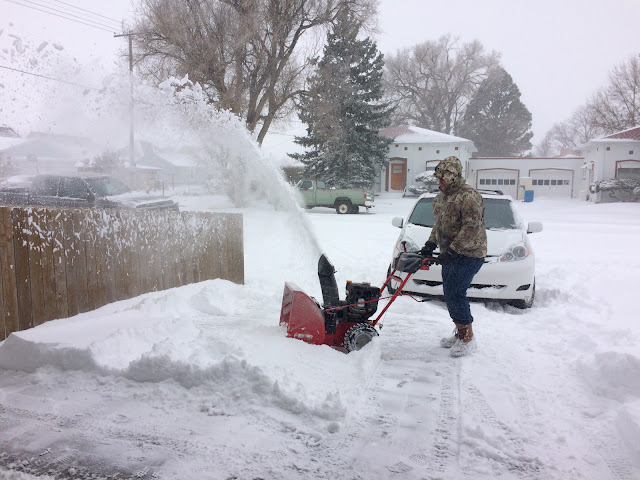 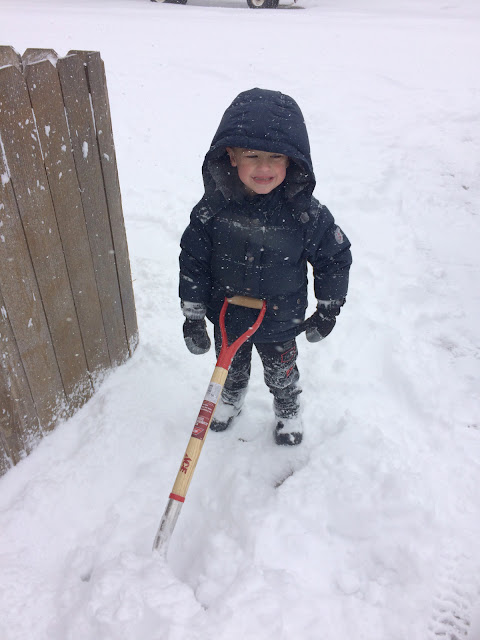 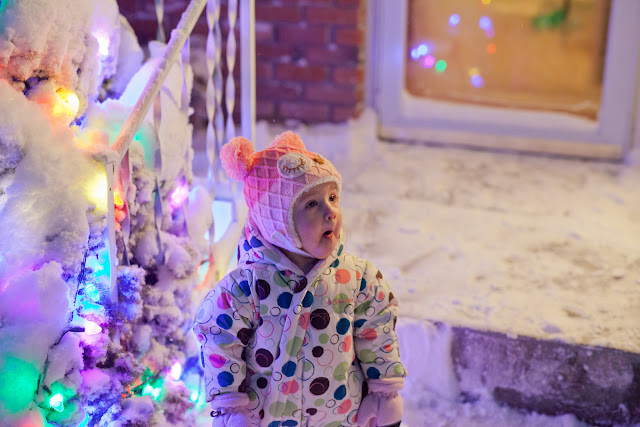 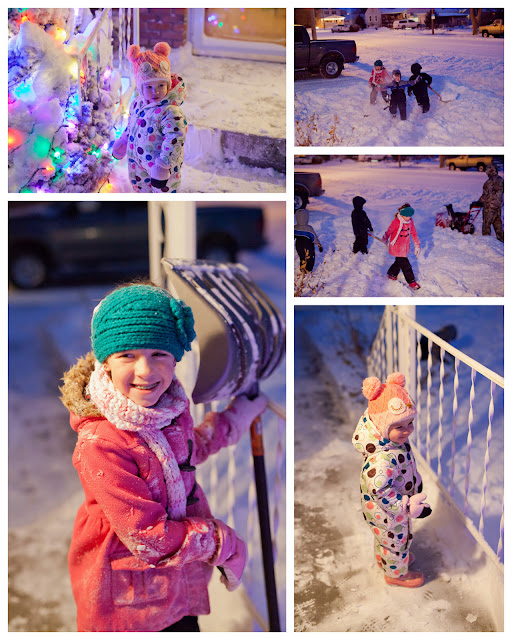 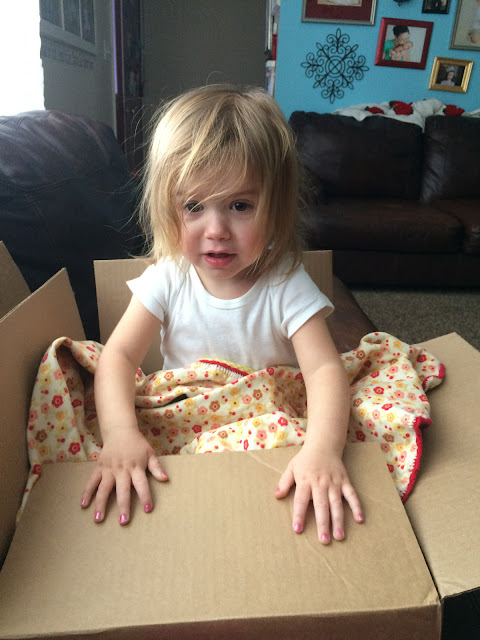 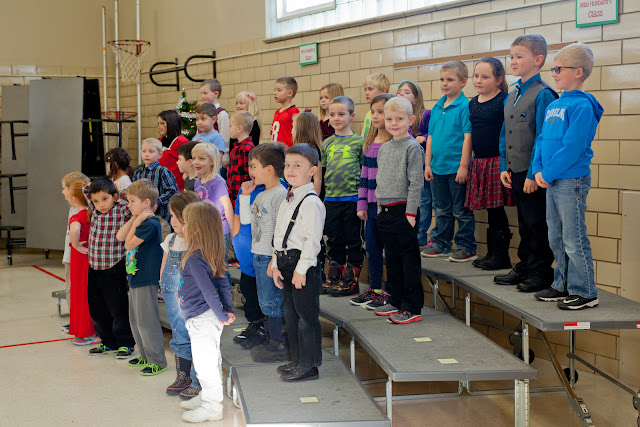 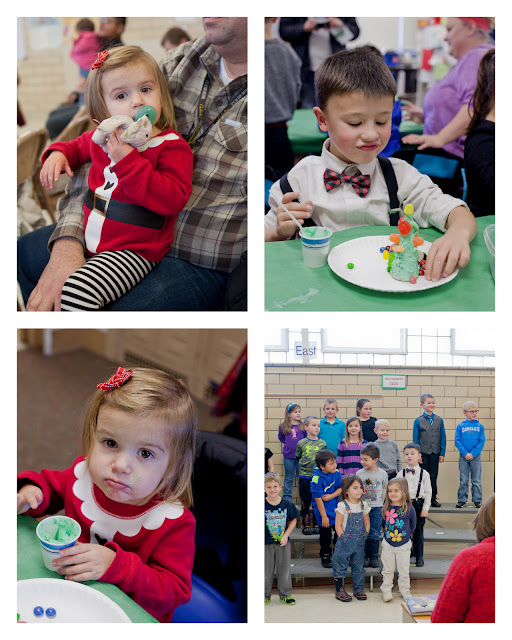 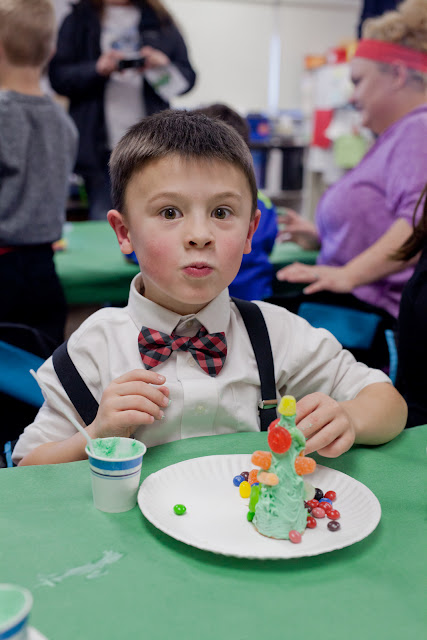 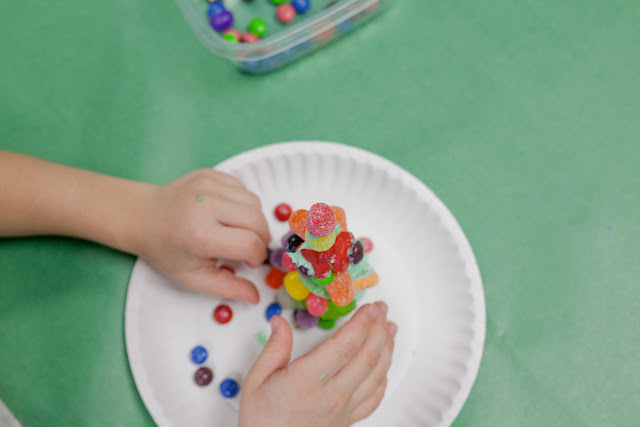 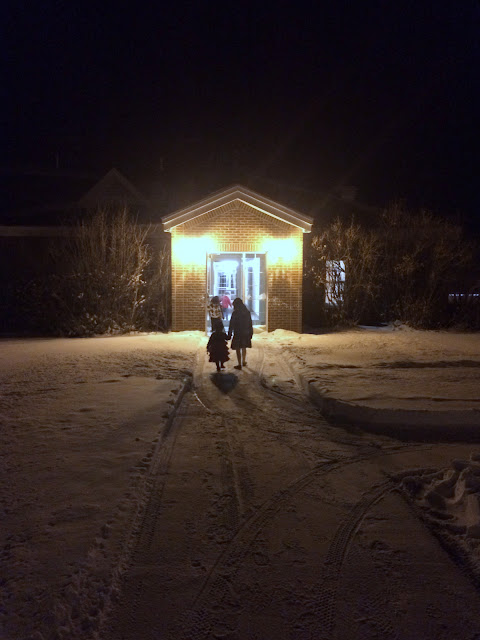 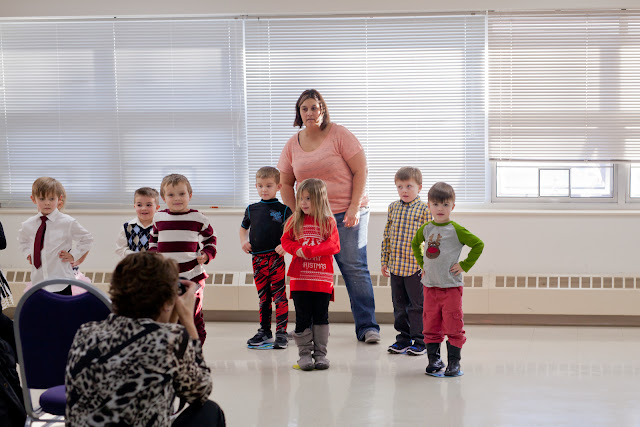 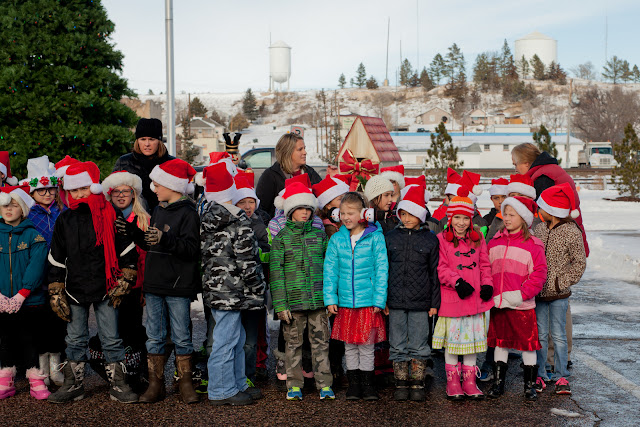 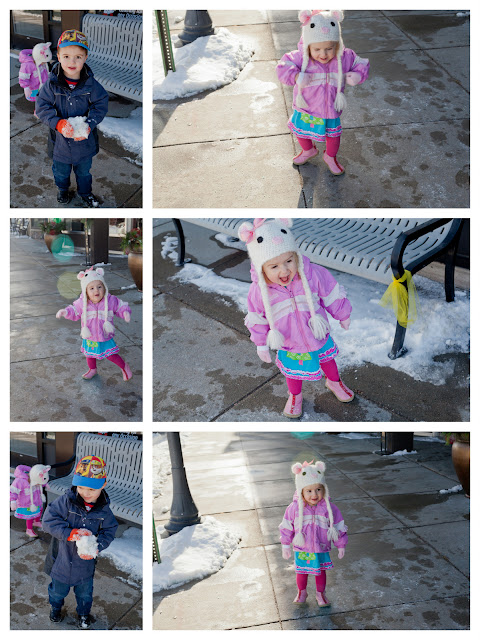 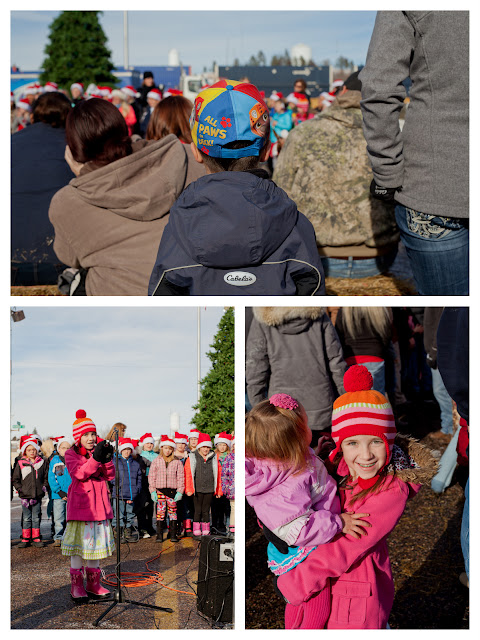 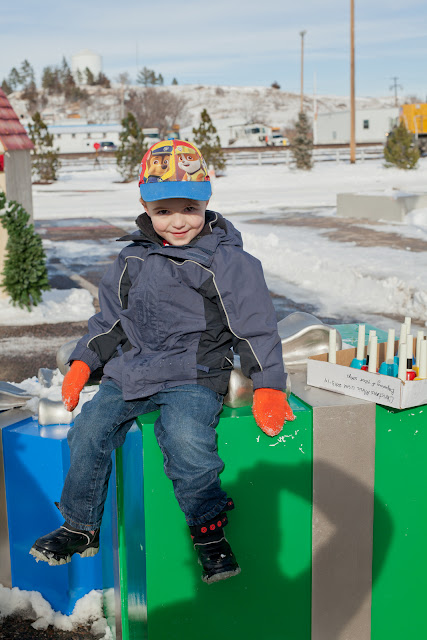 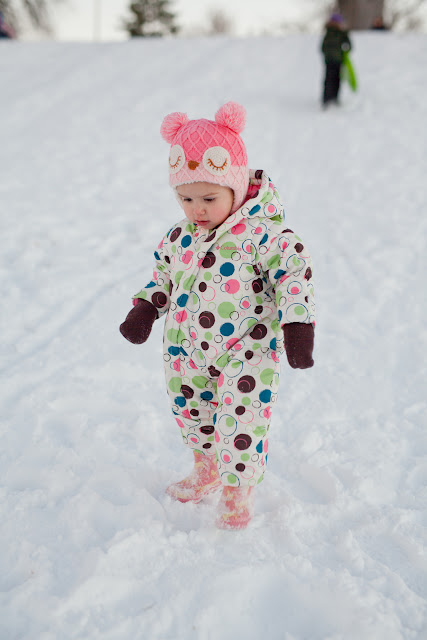 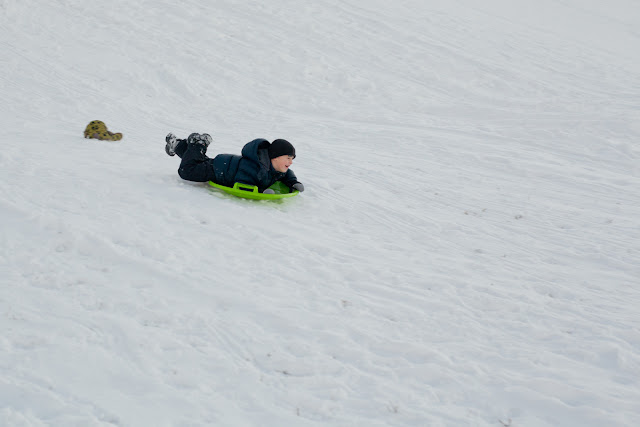 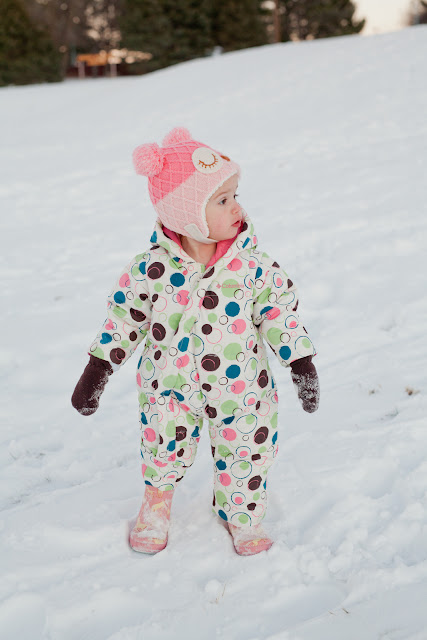 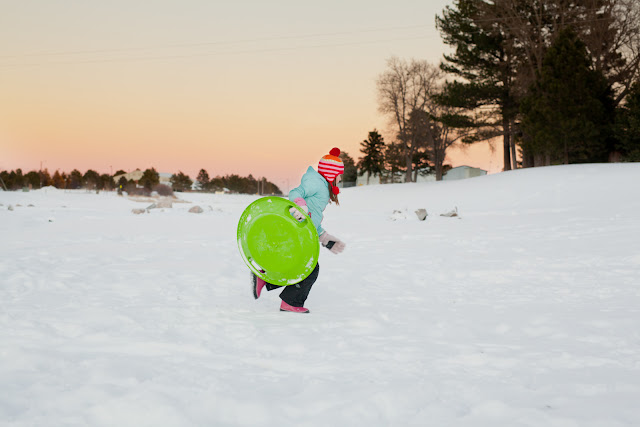 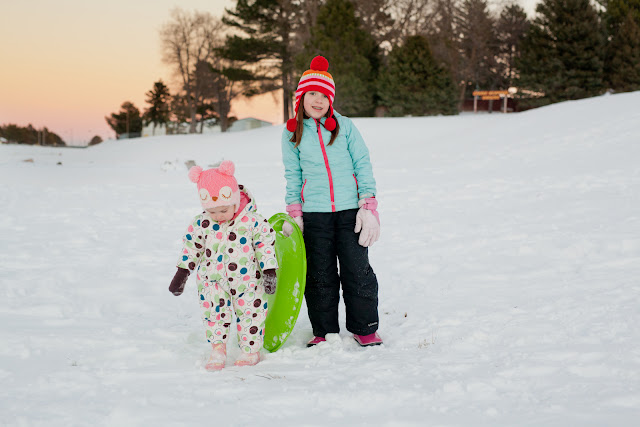 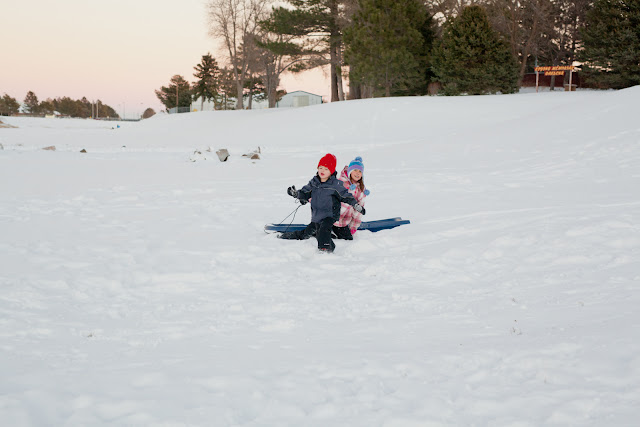 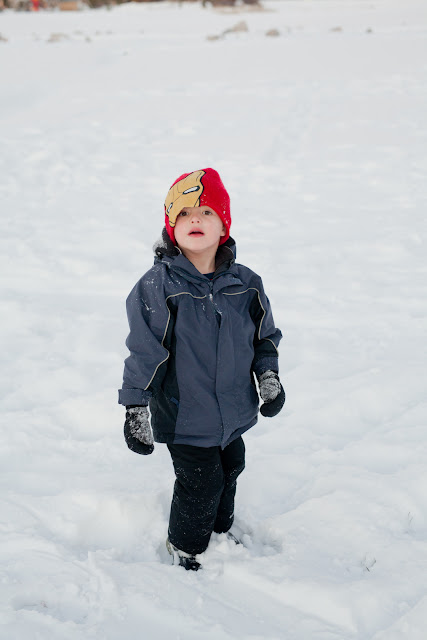 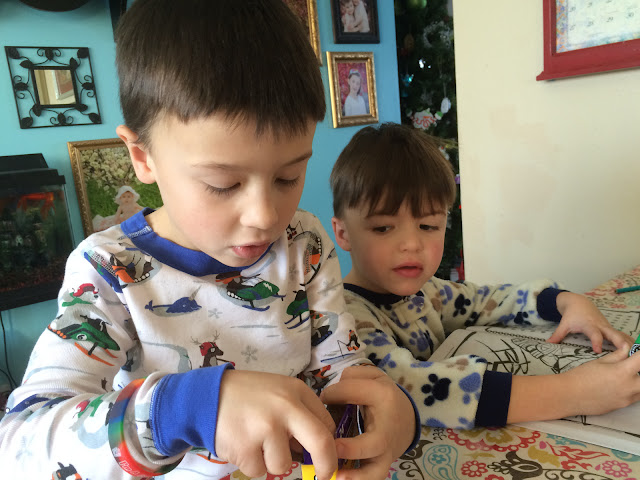 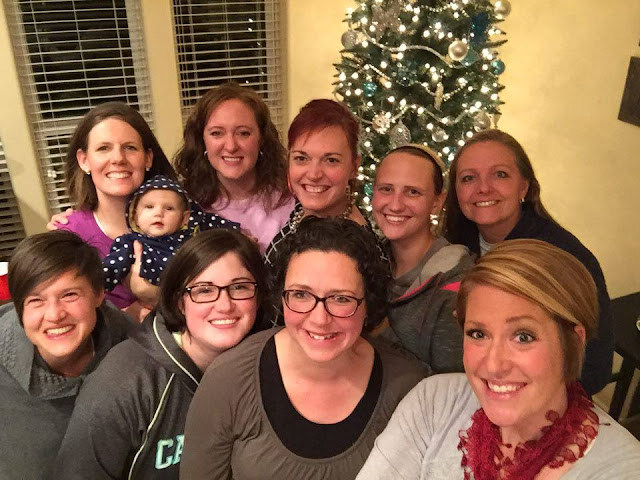 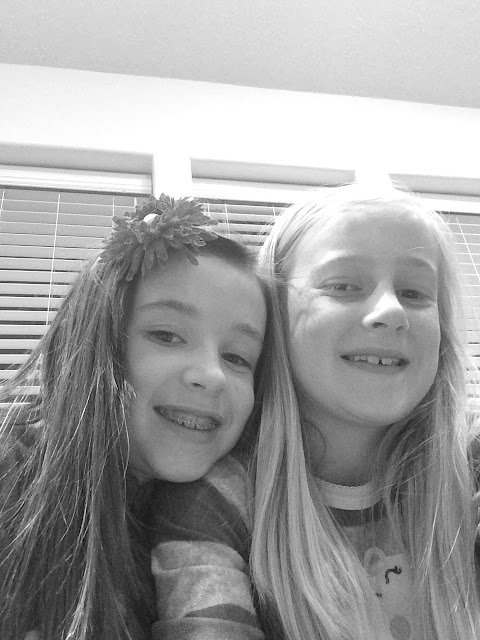 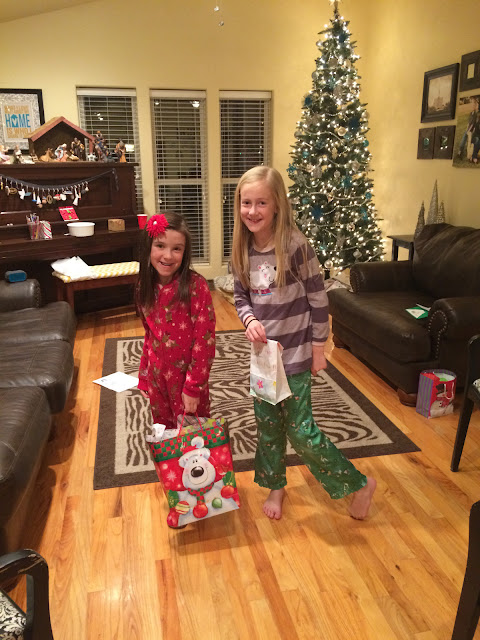 Our week felt pretty crazy! Monday morning I took Amelia and Everett to see Dr Brown, both had nasty sore throats, coughing, and the works. Both kids were on their way to ear infections and Everett close to another lung infection. We got to visit the new hospital this time! It is pretty fancy! The intake process takes a lot longer. After a couple days of rest and antibiotics both kids are feeling much better. Our new Sister missionaries came to join us for FHE. The kids helped to tell the Nativity story with our Little People set.

Tuesday the fore casted snow storm actually showed up with a vengeance. Phillip was quite excited to finally see a blizzard. The snow day this time around was actually warranted. By noon a fresh 6-8" layer of snow covered our area. Several areas had a couple feet of drifted snow. I was crazy enough to pack all 4 kids into the van and make my prenatal visit at the new hospital, twice in one week. The hospital was practically deserted. I impressed the boys by not crying when I got two shots in my arm. The extra stickers helped. Everett and I had dental cleanings after so we drove through the blizzard to that appointment as well. All was good until we tried to get up the driveway. The van got stuck towards the bottom of the driveway due to icy snow. Justin came home early for lunch and plowed away the piled up snow, with the help of our neighbor the van made it back into the garage. We stayed put for the next day or two. Once Justin got home we all went outside in the dark to play in the snow while Justin plowed the sidewalks. Evelyn loves to admire the snow from afar. She was not so keen about me putting her in the middle of the yard. The kids showed her how to stomp in the snow, she loved that!

Wednesday I had a newborn photo session. School also had a late start, so in the middle of the session we took a break to rush kids to school. Amelia, Phillip, and Everett played in the snow before school for a couple hours. They plowed snow tracks around the yard for Vader to use. Phillip was very sad his Christmas concert was cancelled due to snow. He decided to wear black pants, white shirts, suspenders, and bow tie to school just in case it was a special day. Much to our delight his concert was rescheduled for Wednesday afternoon. Amelia helped him get dressed before school, brush his teeth, and get his backpack ready. Phillip earned Justin's sense of rhythm...meaning he has little to none. Justin and I chuckled several times as he performed moving opposite to the rest of the kids. His favorite song is Silent Night with sign language. Evelyn and I stayed after the concert to help Phillip's class decorate ice cream cone trees with frosting and candy. Wednesday night our ward hosted a Christmas Cantata. We enjoyed getting dressed up fancy to enjoy music at the church. The choir did an amazing job! Phillip noticed the school librarian sitting by herself. He coaxed her to come sit next to him during the concert. The Primary kids and Activity Day Girls sang some songs during the concert. Sister Christian has several non-members coming to Activity Day Girls, we had many non-members come to listen to their daughters sing. She is brilliant. My heart melted as we walked into the church, Amelia and Evelyn held hands while Amelia helped her along the icy sidewalk.

Thursday morning I had another newborn session, she could not make it Wednesday due to snow. The baby was pretty hard to pose, took me twice as long to get through a couple poses. Thursday afternoon Everett's preschool sang their concert songs to us. As expected Everett danced and sang his little heart out. He is one funny little dude. His favorite concert song was snowflake, snowflake. He looked pretty cute with his pants all scrunched up because of his stomping boots. Right after his concert we rushed home to grab piano books for Amelia and snack. After piano we rushed home to quickly get dinner on the table, it was a nacho kind of night. I photographed another little 6 mth old boy right after dinner. Then rushed the boys to gymnastics, back home I had another session waiting for family photos. I was a bit late picking up the boys, the teacher was aware I would be late. The boys were still annoyed they had to sit for 10 minutes. I was wiped out...I mean wiped out.

Everett, Evelyn, and I enjoyed a lazy morning in my bed watching the iPad while I snoozed and rested my belly muscles. It is to the point where my mid-section just aches with cramps and charlie horses. We got out of the house at noon to watch the 3rd Graders sing Christmas songs at Hickory Square. The train activity made it difficult to hear properly. Amelia sang a solo part of "Away in a Manger." She performed perfectly! Everett was delighted with all the chunks of ice to throw at walls. We enjoyed playing outside for an hour. The 3rd Grade then walked to the theater to watch "The Minions" as their Christmas party. After school was out the kids rushed to get snow clothes on for a late-afternoon sledding trip. The kids sledded for a couple hours, well after dark. I went down the hill a couple times before I decided it was not the best idea ever. Mostly, Evelyn and I stayed in the warm van eating tic tacs and keeping an eye on the kids. Right after sledding we stopped by the elementary school so the kids could shop at the Holiday Store for affordable family gifts. Justin brought home warm pizza for dinner, we were all ravenous!

Justin took the kids for another couple hours of sledding Saturday morning. Evelyn and I went to Walmart for food shopping. I'd rather watch the kids sled! Alison hosted her ornament exchange party that evening. Amelia and Ella had their traditional gift exchange while the ladies talked, ate fancy desserts, and played party games. I really enjoy all the laughs we share at this yearly party. We stayed until after 10:30! He he, felt like college days. Justin texted me about finding Phillip snuggled in bed with a flashlight, reading his Book of Mormon. Sometimes his sweet nature just melts us.