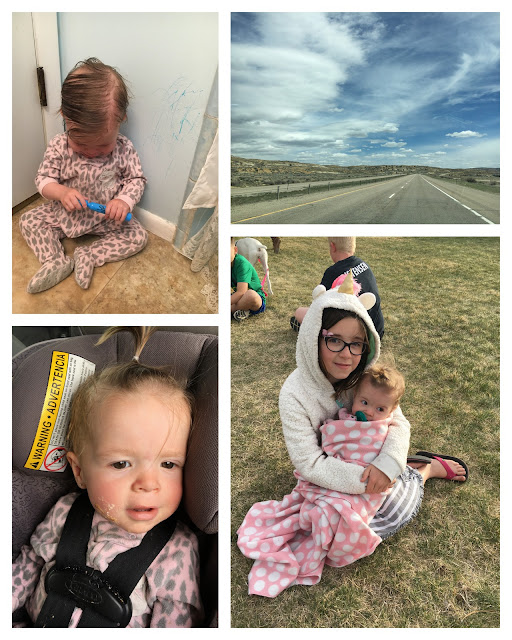 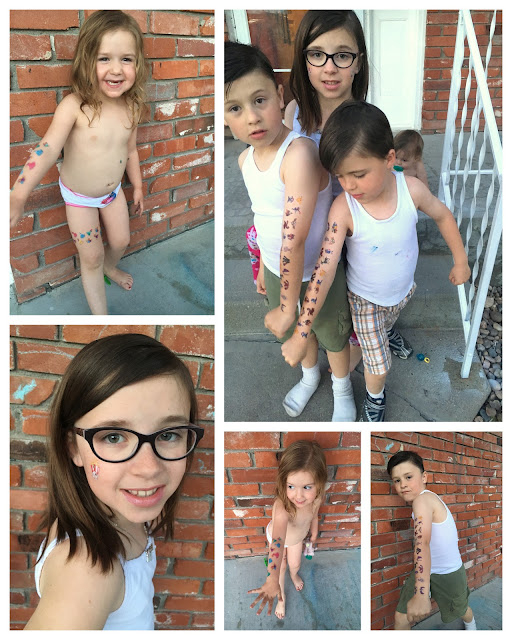 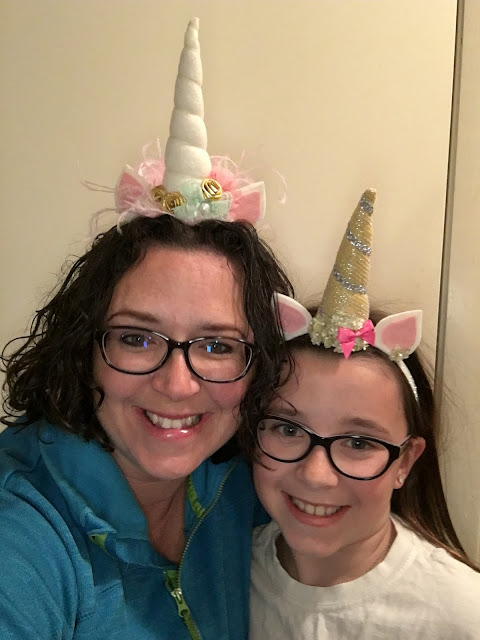 Josie drew on Grandma's bathroom wall. Shenanigans at age 14.5 months old! I was washing Evelyn's hair, I heard her touching the wall but did not realize she had a marker...and removed the marker lid. Thanks to some alcohol wipes the art work was soon wiped away. Josie cried.

We booked it across the long drive through Wyoming. After another restless night with a teething baby and a kid with tummy troubles I was a poor fit for alert driving. We left an hour later than planned. Grandma sent us off with a couple empty ice cream buckets to catch any tummy issues. I had to pull the van over several times to let my eyelids crash shut fora few minutes. I flapped my arms wildly every few moments and sang songs to myself in an effort to keep awake. I downed two 5-hr energies, some soda, and even Tylenol with caffeine. Nothing. Fog was still clouding my eyes. My fatigue gets really, really bad around certain times of the month, if ya catch my drift. It was a bad time of month right then, that morning I had to face Wyoming on my own. We raced home barely getting Everett to the soccer fields in time for team soccer photos. We arrived just in time as the team was lining up for their photo. I shoved Amelia out of the van, grabbed the bag of soccer stuff and shooed her over with Everett to get him dressed while I unbuckled the girls. I am so grateful to Sierra for picking up the soccer bag from our garage and meeting us at the soccer fields. We were racing time and barely made it! Having two soccer games at the end of our ride was pretty amazing. It allowed the kids to blow off steam from a long day in the van. Justin was home from a meeting in Colorado by the time we finished the games. Oh what joy! To see Daddy and Gog Vader again! Yay! The joy lasted a few minutes. Then post-trip anger set in as we rushed kids into bath tubs, PJs, and treats.

Most of the week was spent doing laundry, putting clothes away, food shopping, and honestly.... taking a few well-deserved naps. The cherry blossoms were gorgeous Tuesday. I made the kids pose for more photos in front of the tree for my favorite yearly cherry blossom photos. Right after the kids insisted on pasting tattoo sleeves on their arms. The boys were so funny with their strips of Pokemon tattoos. Everett used the tattoos as blaster buttons. He created innumerable sequences of buttons to make himself do a million different things. Once I entered a sequence and almost blew him up, he banned me from entering codes using his tattoo buttons. I finished cutting out and sewing Amelia's birthday dress Friday afternoon. We made unicorn headbands Friday night. I made one to match her outfit and she made a glittery gold one just for fun with a comfortable headband.

Saturday our family task focused on gleaning items to donate for the Youth garage sale next week. The kids helped sort through stuff in the basement, their rooms, and such. Justin and I pared down stuff from our closets. The older kids earned a fun movie night with Justin to see the new Power Ranger movie. I went to Walmart to return some stuff and get other stuff with Amelia and Josie. Amelia prattled the entire time! I love it when she gets silly and weird, makes her seem more her real age. The new stuff we got equaled the amount I returned so that was productive?! Amelia and I (and Josie) enjoyed time taking birthday photos with three outfit changes, lip gloss, and lots of giggling. That girl is so excited for her birthday! Evelyn was crushed she had to stay home with me while the others got popcorn. She got popcorn and a special treat from Safeway instead. She also helped me take Prom photos of Caedon and his date.