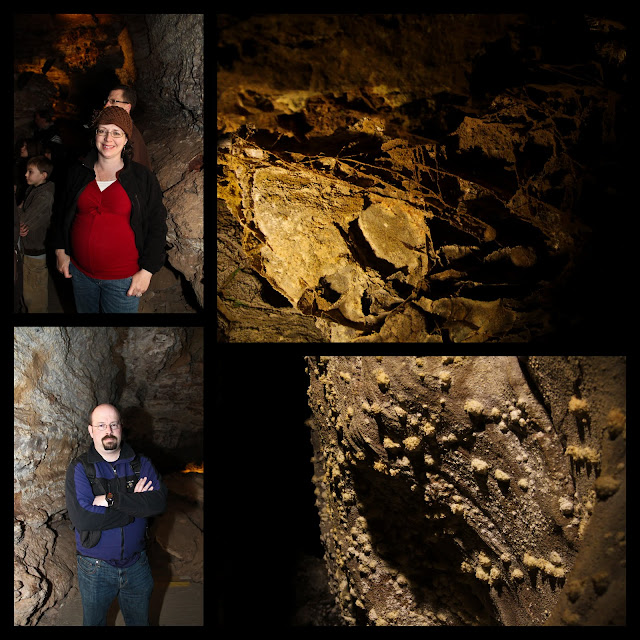 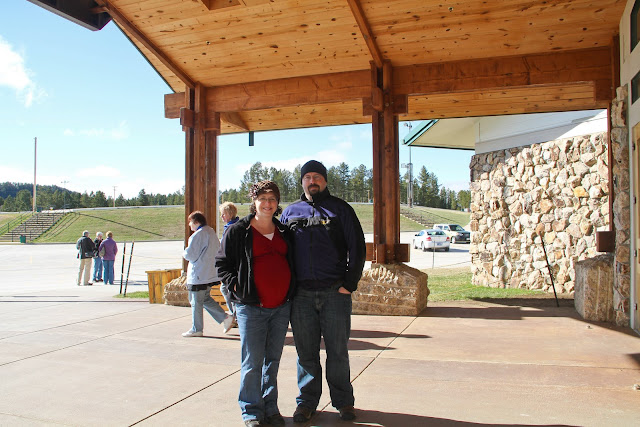 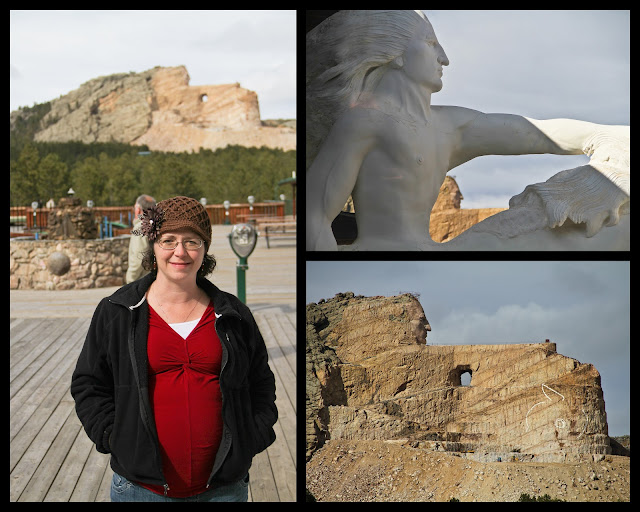 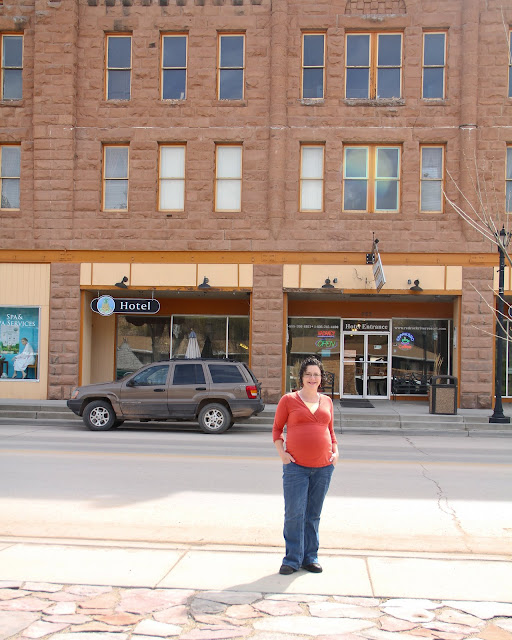 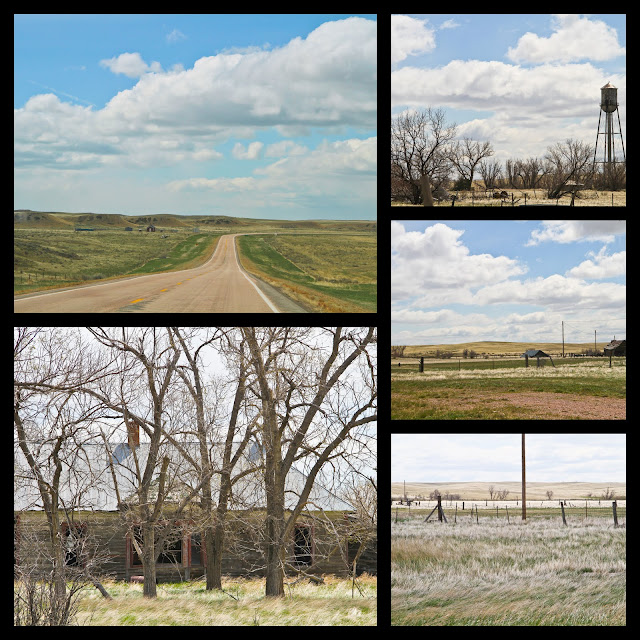 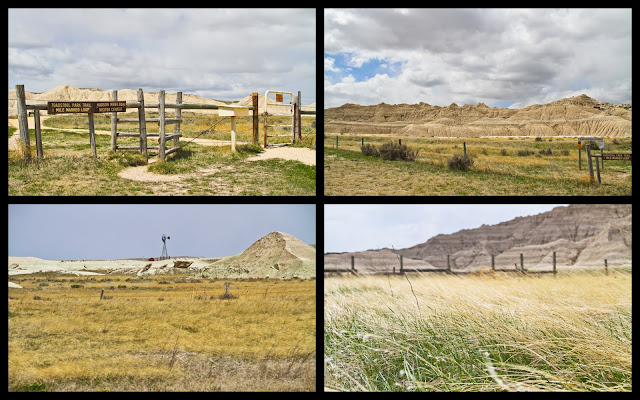 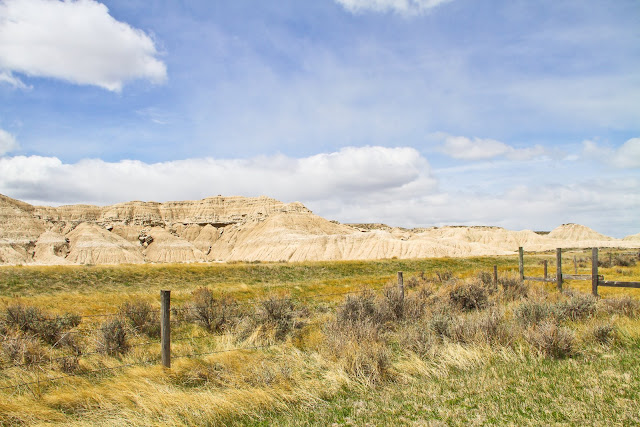 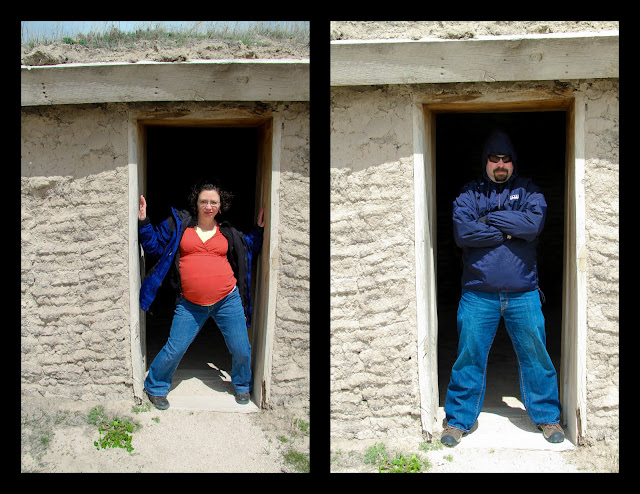 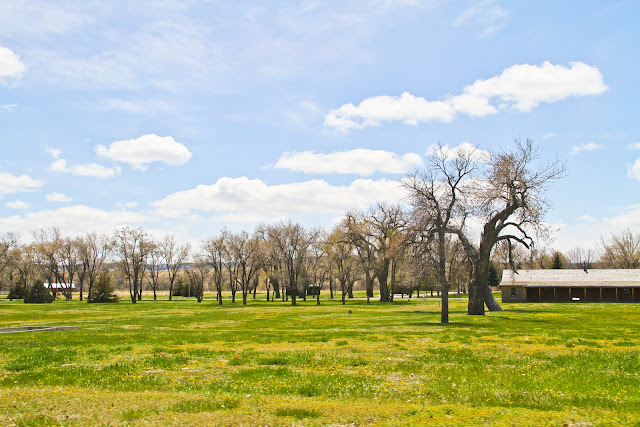 Justin and I deservingly took a couple days off for some R&R before little Everett makes an appearance. It seems we only take vacations right before I have a baby. Before Amelia came we went to Cancun, before Phillip we went to Denver, and now we went to Hot Springs, ND. Alison kindly offered to watch our kiddos for the duration. She reported the kids were well-behaved and mostly slept well. Phillip even gave her some snuggles! Check out her blog for what the kids were up to: The Haley's.

Justin surprised me with a Kindle for an early Mother's Day gift right before we left. It took us about a day to get the durn contraption connected to the wifi in order to download books. It is pretty slick! I think my Grandma Jean NEEDS one! We left about 5:30 pm on Thursday after Justin got home from work. Hot Springs is about 3.5 hours north, just 50 minutes south of Mt Rushmore. We stopped for dinner in Alliance, NE. The town actually hosts a really delicious Mexican restaurant! We checked into the Red Rock Spa and Hotel after 9:30. The hostess gave us a quick tour of the spa area just a couple yards away from our room. We tried out the hot sand and granite rooms before retiring. Heaven! Sleeping in a little was another slice of heaven.

Friday morning we snatched some breakfast at a bakery a couple blocks away. Then we saw the massage therapists for an hour long massage. I am not a fan of massages, especially hokey massages based on hippie types chanting and such. My massage was heaven until it turned hokey. Towards the end of my massage the therapist went into a strange state of mind with one hand under my back and the other on my belly. Her voice came out low, clear, and strong: "Henry?, Henry? is that you?!" I had a look of pure disbelief and responded, "his name is Everett!" She replied in an even deeper voice with a tinge of crustiness, "Ev-er-ett!" I nearly lost it, but regaled my composure finally dissolving into laughter once we got back to our rooms. I am soooooo tempted to name our baby Everett Henry just for laughs. After she got his name wrong the therapist snapped out of her trance and said, "oh well, I had one chance out of thousands to get his name right!" I will laugh about this for years to come!

We both were about as limber as wet noodles after the massages. It was so tempting to sleep away the afternoon but we rallied and decided to visit the Wind Caves and Crazy Horse Monument. The caves were pretty cool. Not many varied geological formations or colors. The rock was mostly limestone so the colors were pretty bland. I was very intrigued with the box work formations. Box work is formed when the limestone cracks were filled with calcite then the limestone is eventually eroded away leaving the calcite.

Crazy Horse Monument is about 17 miles away from Mt Rushmore. The monument was commissioned by the North American Indian council back in 1948. It is privately funded and is yet incomplete with no completion date in sight. The sculptor who originally started the carving handed on the task to his large family. The family holds and maintains the commission. On the property is a pretty impressive visitor's center dedicated to the Indian people of the Black Hills. We toured the area then drove around until we arrived in Rapid City for dinner. The area is so gorgeous this time of year!

Saturday we slowly made our way back to Sidney taking back routes and country roads. We passed a tiny abandoned town surrounded with waving prairie grass. I could not help but imagine Laura Ingalls Wilder standing in the doorway of one of those homesteads. Justin noticed a small sign for Toadstool Geological Park shortly after entering Nebraska. We bumped along the dirt road for a good 12 miles in winds of over 60 mph. Shoot! That little park was so cool. The park foundation replicated a turn of the century sod house framed by the toadstool formations. Behind the house is a small camping ground! We might be back sooner, rather than later. Next we drove to Ft Robinson, NE an old Calvary post. Most definitely going back there with the kids this summer.

Justin had Priesthood Leadership Training at 4 so I dropped him off at the church and picked up the kiddos. Phillip immediately started crying even though he was snuggled up with Alison and totally fine. He kept looking at me from the side trying to figure out if everything was going back to normal. Amelia was so excited to tell me all about her fun weekend. The rest of the evening was filled with unpacking, kids unwinding, and such. Alison and Matt...thank you so very much!

seriously, I love the pictures of you guys in the doorways! Justin looks like he is ready to kill someone! ha ha

It was a great time with the kids, thanks for leaving them with us!! I want a massage now....except not with your hokey lady!

Sounds like a fabulous trip! Glad you were able to go and get some relaxation. And I like the name Henry. (Too funny!)

Henry? henry? Is that you? I'm going to laugh about that for ages!!!
sounds like a great time! can't wait to see pics of little Everett!

I love how you can do this . . . I don't think I will ever be able to just leave the kids especially while I was pregnant and go somewhere (and not just because I was on bed rest but because I just can't leave them).

I can't wait to meet the little man! And I might add - you look FABULOUS!

Go to Ft Robinson when they have the powwows. I'm thinking they are in July......because I remember it being extremely hot and very little shade (where they had the powwow) but sooo worth it! Glad you had a good trip! I love it up there and miss living in that area.