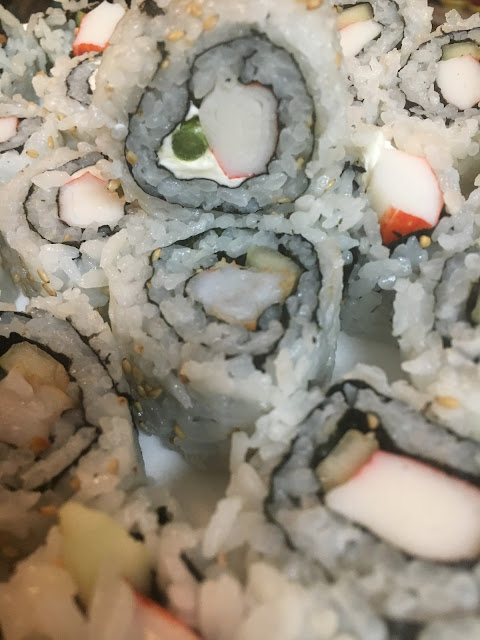 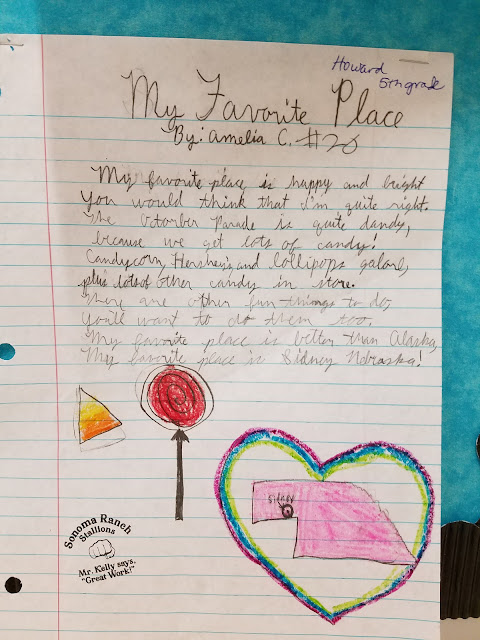 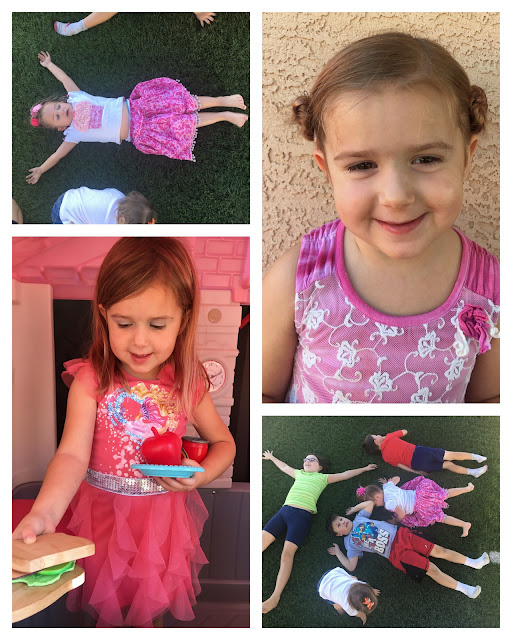 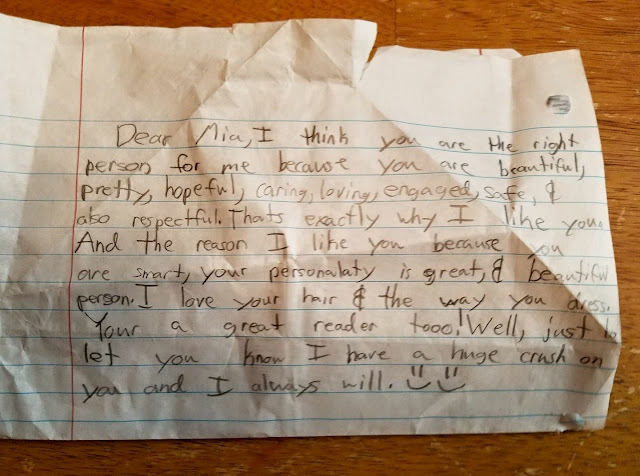 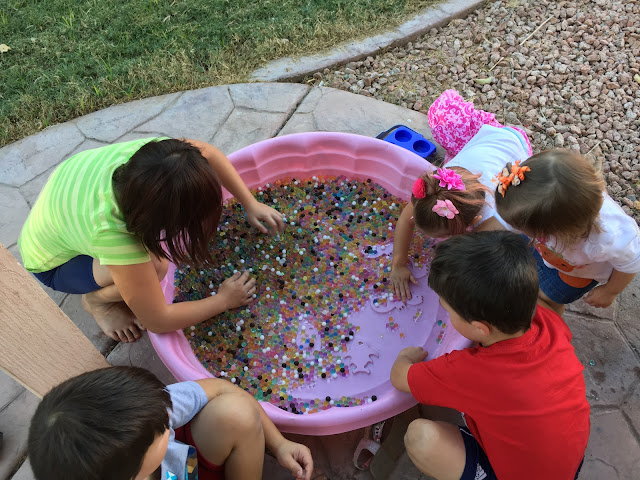 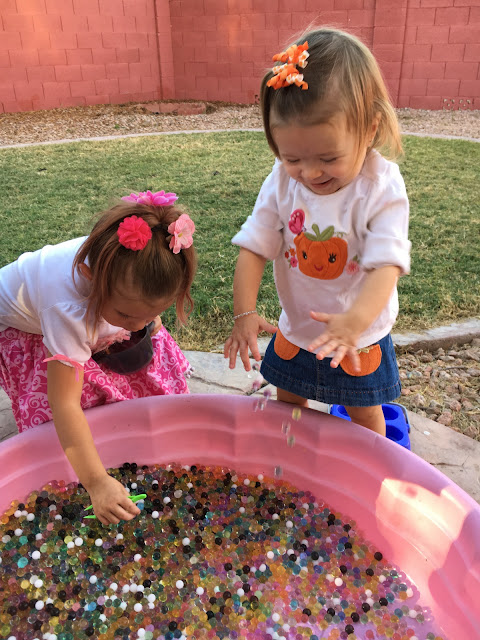 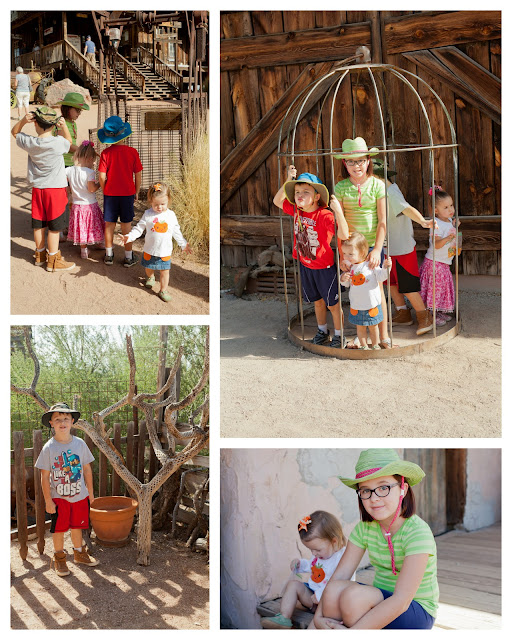 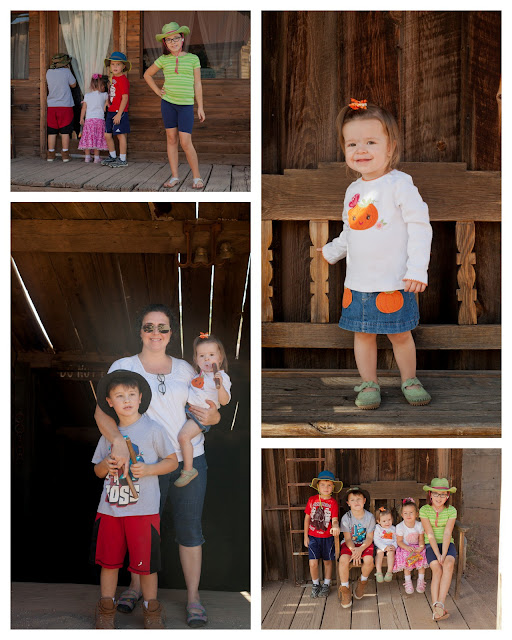 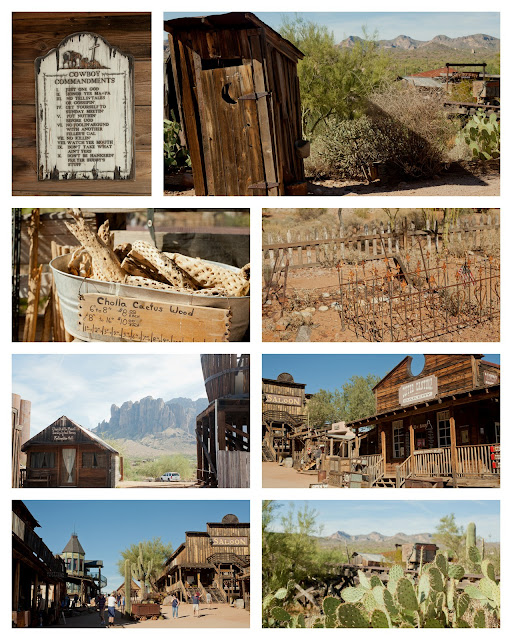 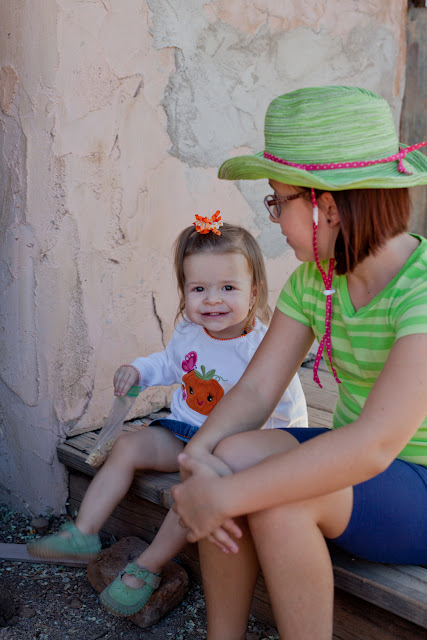 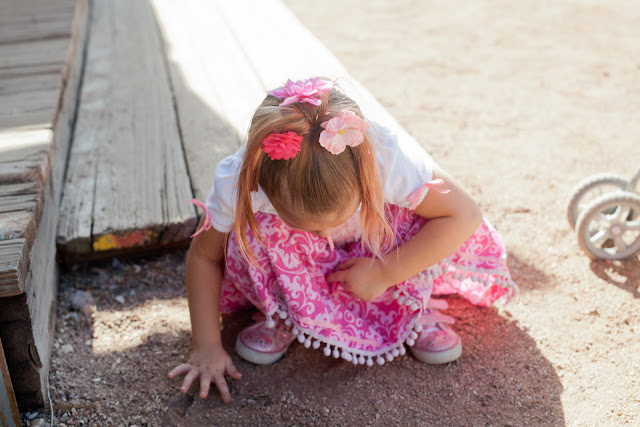 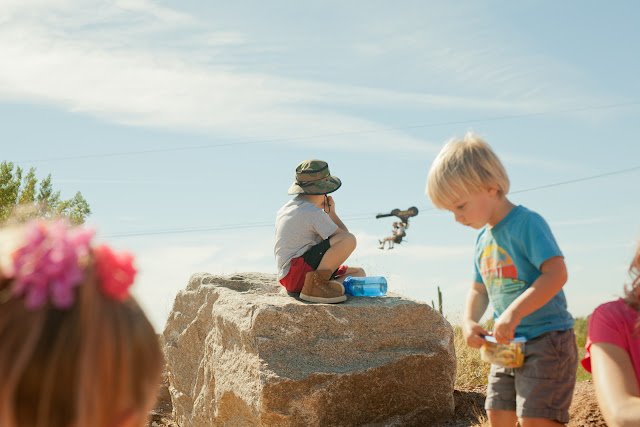 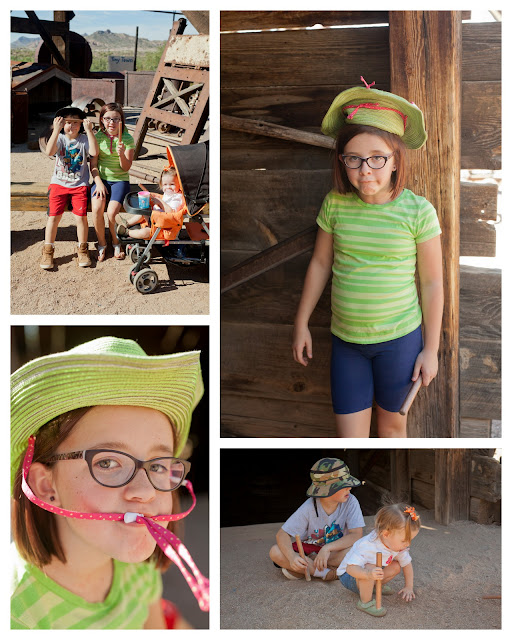 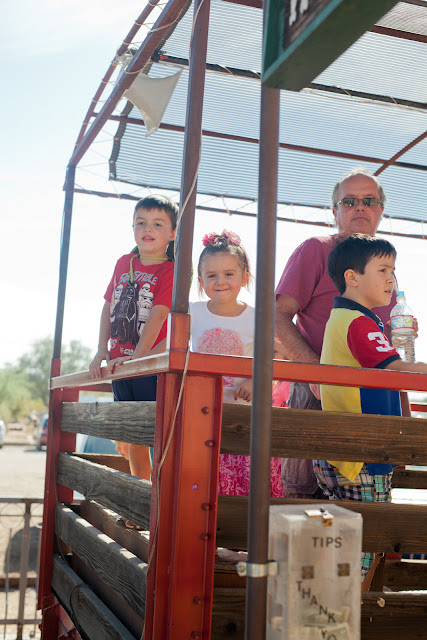 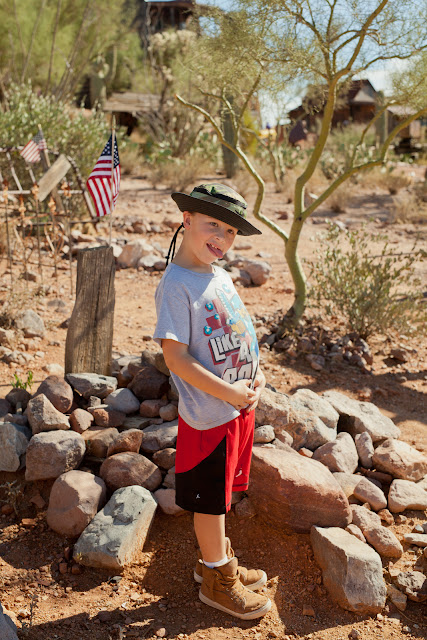 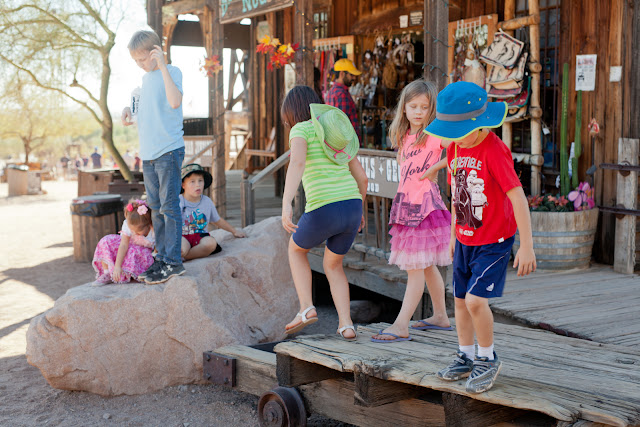 Monday morning I set up an appointment to have a carpet company give me an estimate to replace the carpets and different tile. Around 10:30 am I heard the doorbell ring, immediately Evelyn belted out a bloodcurdling scream: "IT'S A ROBBER!!!!" I calmly explained that robbers don't usually ring the doorbell. She laughed off her mistake and opened the door! I was dying! The carpet guy had a rather confused look on his face! Looks like it will only cost an arm and half a leg to replace the carpets. Boo Hooooooo.

Amelia came home from school on Tuesday red-faced from crying. She was angry, mad, frustrated, and upset. It took some finesse to work out the truth from her. Seems like a boy in her class has a major crush on Amelia. His name is Lars. Mia's friend Chloe is quite excited about Lars' crush and is helping pass notes from Lars to Mia. Amelia was mad because she did NOT want a dumb boy to write notes to her. She ripped up the note (after I read it) and threw away the first note from Lars. I was flummoxed over her response to the situation. I think now a few days later some understanding crept in: she is embarrassed that a boy likes her and is unsure how to respond, unsure if liking a boy in return is ok. I had crazy dreams all week about Amelia, Lars, and teen romance gone bad. It was terrible! Ha ha ha. Justin and I urged Amelia to pray about the situation and wait to respond until her emotions were not so crazy. She responded the next day, Chloe was badgering her all day for a return note. I think Amelia finally wrote back a note that said friend, friend, friend...written all over. Lars' note back is the one included above. It seems he is smitten for all the right reasons! We totally agree with his assessment of Amelia. Justin is ready with his guns! Mia is way too young for all this (in my opinion). We talked a bit about how this time in her life is to play, imagine, read, and be a kid. No need for intense pressure like that, especially from Chloe and Lars.

Evelyn is the Queen of "Why" in our house. She is my first kid to really pursue the "why" question even after multiple explanations and return questions asking her why. Today she wanted to know why I had to mail back the rainbow swing. Why? Because the frame is not fitting together. Why? A section of the pipe is bent. Why? It was a manufacture defect. Why? The machine malfunctioned. Why? Why send back the swing? Why? Why? Gotta love those 4 year old minds. I love that she calls zippers as whippers instead. "Mom, can you whip up my bag?" Makes me kiss those delightful cheeks.

Thursday I convinced my third cousin to get some photos taken in the cotton fields near her home down in Queen Creek. I was so excited to find props, plan outfits, and such. Amelia agreed to babysit for me, aka watch devices while I was gone. The Godard's were aware the kids were alone and could come over if needed. I took Josie along just for fun. I brought my white baby pram, a white christening dress, the blue coat set, and a cute baby bed. I felt pretty jazzed to take some photos. Plus I finally got to meet up with my cousin and her cute baby, Sage. Amelia did a great job babysitting for me. Came home to the kids still in the same places I left them. Thanks to the crock pot dinner was soon on the table without much ado.

Friday the kids had no school. We took the morning to explore Goldfield, a ghost town near Flying Dutchman. I packed up a picnic lunch, lots of water, and treats for the event. Pretty much it is a tourist trap wrapped up in a cool setting. All the town's buildings are either gift stores or places you have to pay a fee to tour or enter. Still, it was exciting to walk around the town and explore the remnants of a mining town. Melanie and her kids met up with us shortly before noon. We ate lunch soon after they arrived. The hornets were haunting the picnic tables much to the kid's annoyance. They were too scared to eat with the pests hovering about. We settled for some boulders near a cliff instead to eat lunch. I gnawed on my huge flower of raw broccoli dipped in hummus. The hummus was most excellent since I made it fresh that morning. Josie kindly opened all the containers of yogurt, wasting 5 containers. Amelia made sure the boys did not fall off the cliff. She has top notch bossing skills, I let her do all the hard work! We checked out the cemetery and outhouse. One grave had an entire metal bed covering his area, guess that guy liked his sleep. Another plot was piled high with stones, Phillip quipped that the person buried there "must've been sorta fat" since the pile was so high. We got a laugh out of that. All the kids played an intense game of hot lava with Evelyn starring as Te-Ka. Melanie took Everett and Evelyn to ride the train around the town. Amelia, Phillip, Josie, and I all toured the mine. The tickets cost $8 per in cash, I only had $8 and a checkbook. The cashier gave me the child tickets for free because my bank was Navy Federal! Guess it does pay to still have ties to the military on Veteran's Day. She handed us "stickets" aka, stick tickets. LOL. The elevator ride down seemed to really shake up Amelia, I finally told her the ride down was all fake, and that we were less than 20 feet underground. Phillip was freaked out when the guide started talking about Tommyknockers, the fabled creatures that miners believed would warn them of cave collapses. Phillip had his eyes wide open hoping to catch a glimpse of one. Josie was a stinker, took off her shoes and rubbed my pants with dirt and rocks while we stopped to listened to the tour. Fun times. We were raving with thirst after the tour so we stopped at Sodalicious for some fancy soda drinks and cookies. Phillip got a Boy Scout (rootbeer and marshmellow), Amelia ordered an Officer Jenny (some citrus concoction with cream), two orange floats, and a raspberry drink for me. Evelyn made snow angels in the fake grass area...guess you have to work with the medium available.

Justin and I had a night off to grab some dinner and watch the new Thor movie. We ate wings at the movie theater, Fat Cats. They were gross, the salad is now on my dislike list. Yuck. The movie was most excellent. Lots of good laughs and highly entertaining. Can't complain about the reclining seats either.

Justin was at church on Sunday from 6:20 am until almost 3 pm. Talk about a long day at church, fasting to boot. He snuck in a nap before the Chandler Calls came over for Sunday dinner. I made Korean Bulgogi with lots of fun toppings for dinner. We had quite the Asian inspired week of food: Thai Tom Kha Gai soup, sushi, stir fry, and bulgogi. Asian food is good for vegetable and protein diets. While rice cooked I took family and individual photos of the Calls. Mostly, a thank you for all they did hosting Justin for almost 2 months. The kids had quite a rousing game of animal trainer going after dinner. I'm surprised the roof did not blast off with the level of noise the kids generated. So, so happy to have cousins to play with and a sister to talk with.