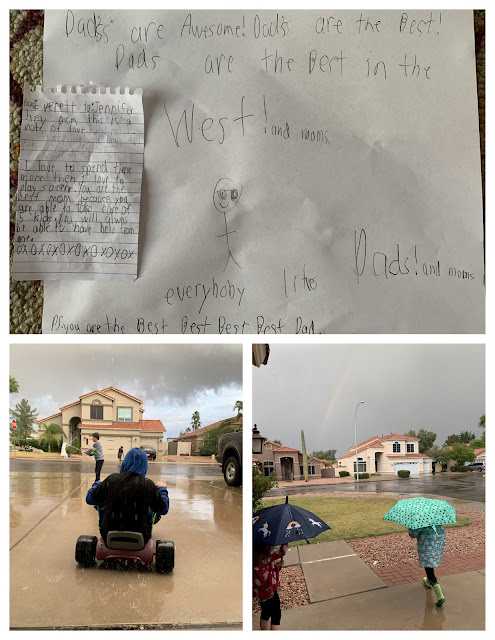 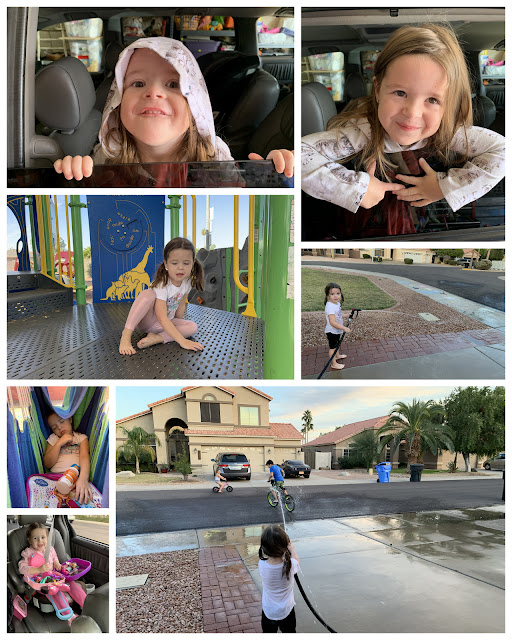 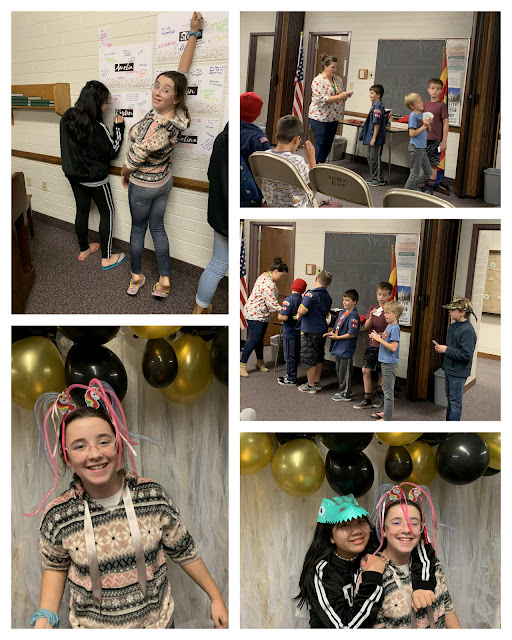 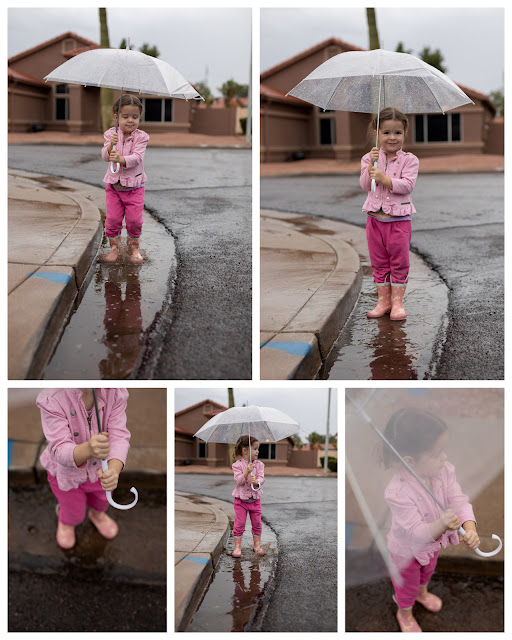 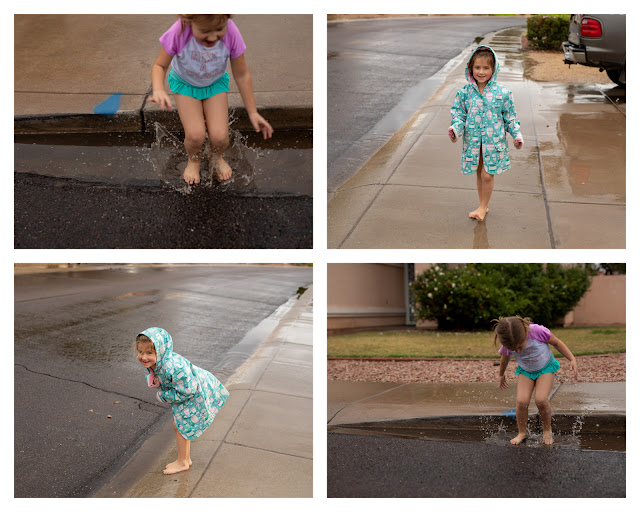 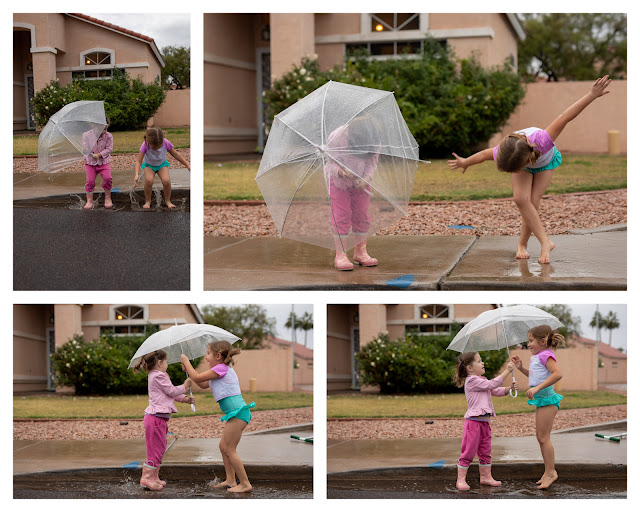 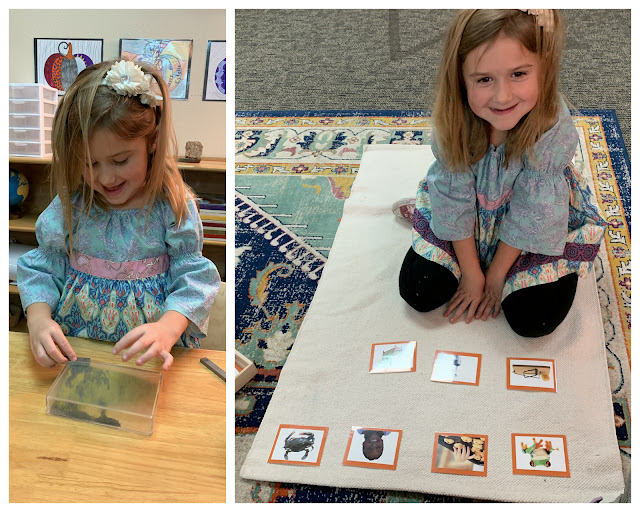 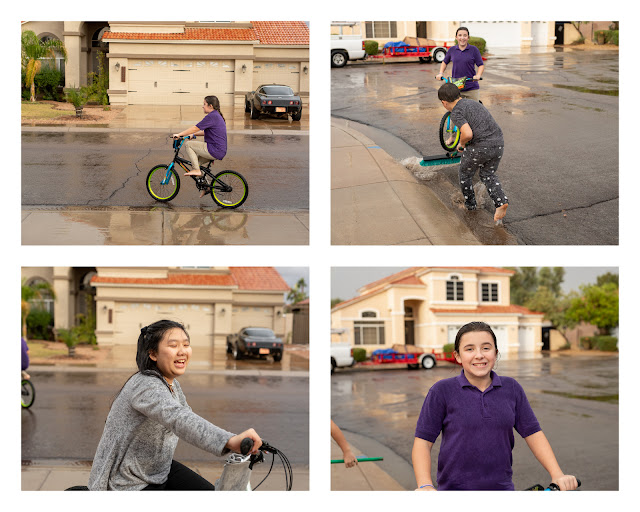 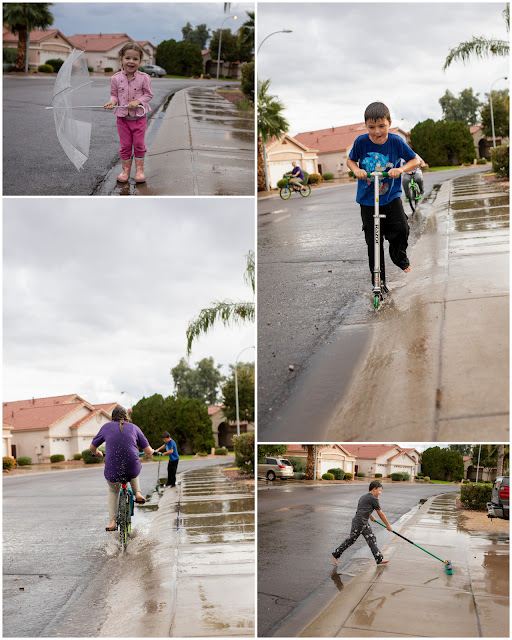 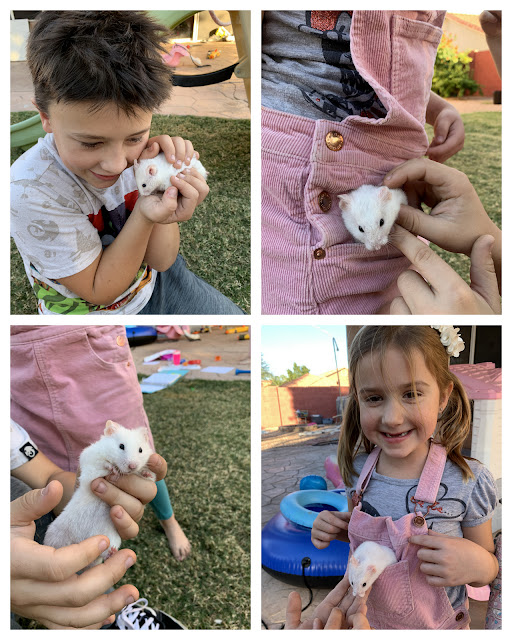 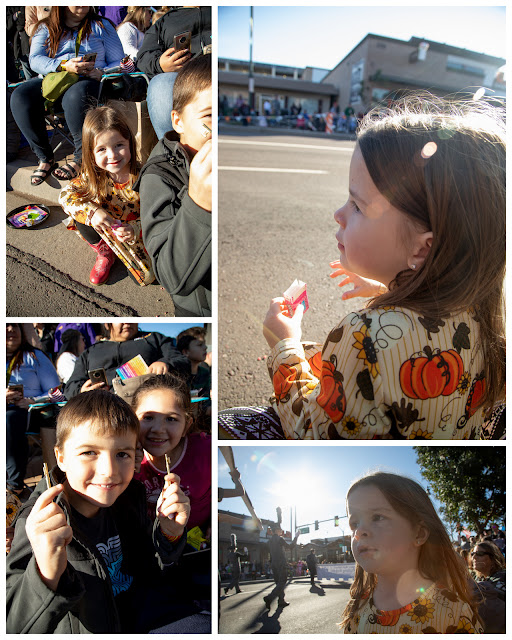 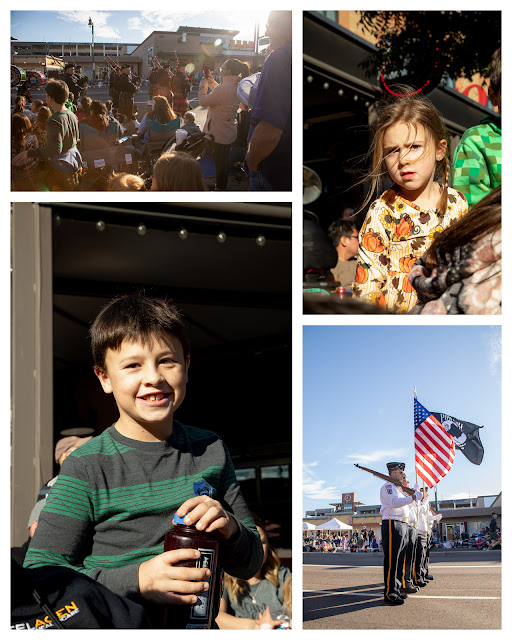 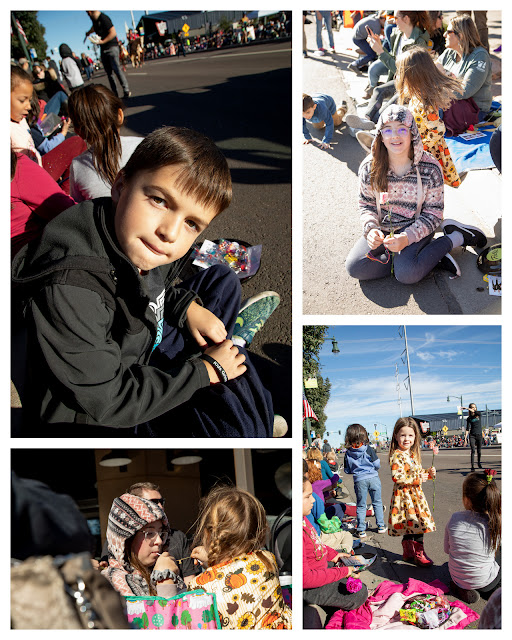 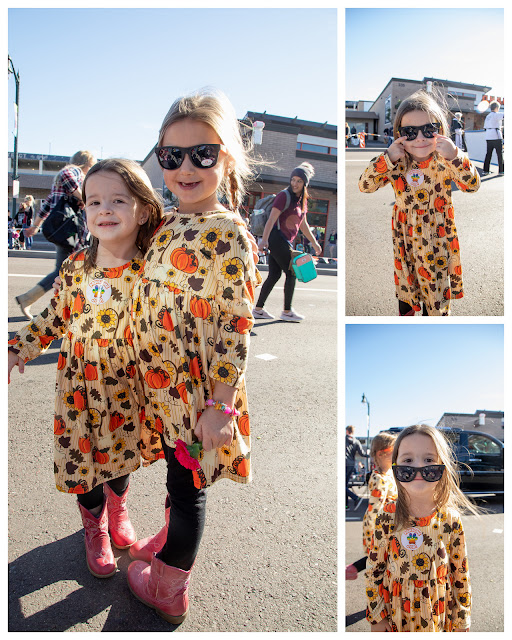 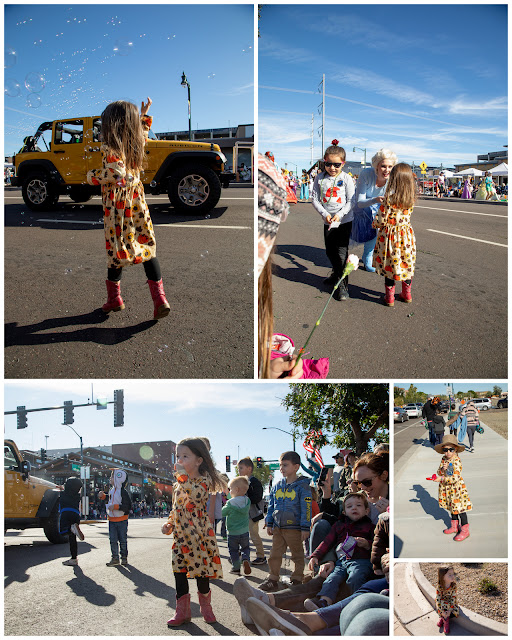 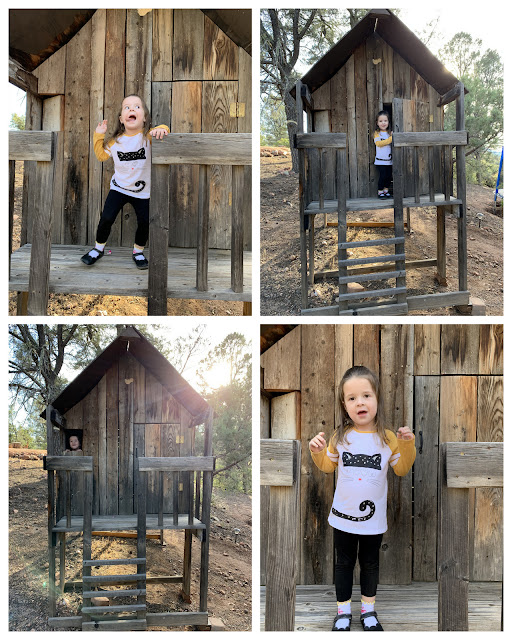 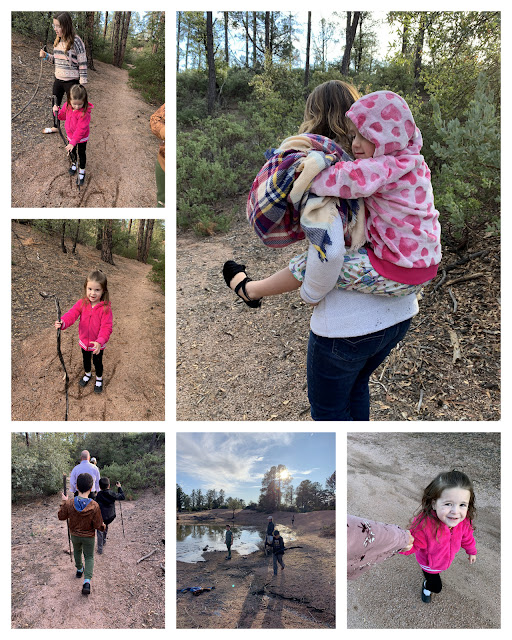 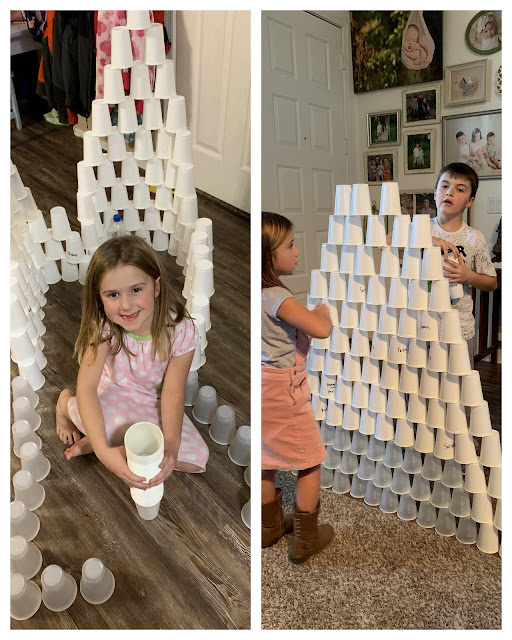 Rain means a big party in this house! We enjoyed three days with rain, some folks bundle up under a blanket inside, other folks drag out bikes, umbrellas, and bare feet to enjoy the rain. We belong to the last class of folks. So much fun. Josie forgot all about windshield wipers, she laughed for 10 whole minutes each time my wipers cleaned off the window. I about died laughing over her reaction. Phillip had the big broom out to sweep a large swath through the water from driveway to driveway. All the kids went through many changes of clothes, I don't mind the extra laundry if the reason is rain. Several places flooded due to the rain, one area was a large puddle close to our house but on the outside "oval." I got a worried Phillip race into our house telling me Everett was stuck in his bike chain. Somehow Everett's pant leg jammed into the bike chain, he simply fell over mid cycle right into the pond/puddle. Brigdon Godard came in for the rescue, apparently the choice was save the pants or cut them off, the pants were saved! Hallelujah. We may have invited the rain by washing off the driveway via hose to clear the way for more chalk art. Josie had the best time spraying the kids...erm, driveway.

Everett finally earned some cubscout awards! He came home with a handful of awards and a huge smile. Phillip also earned quite a few awards, our pack is desperately trying to get the boys through as much of the program as possible. Amelia (and Chloe) attended the last Young Women in Excellence program, a historic last for the girls. Several girls earned the last medallions before the program ends in December. I still have all my medallions earned so many years ago.

On Thursday evening Evelyn had a special hour with Mom and Dad to herself at school. The 1st year kids had a "Show Me" night at school. Parents attend with their child (no siblings), the student gets to show off their work. Evelyn was rather excited and reticent at the same time. She finally showed us how she learns spelling, reading, and math. All of her learning is done with manipulatives and quite ingenious! She was insistent we stay the entire hour just to follow her around and see what she does each day. That was a fun evening for the three of us.

Saturday we got up bright and early to grab a parking spot for the van and ourselves to see the Gilbert Days parade. We ended up parking a good mile away, Evelyn and Josie made the trek in good spirits on the way there, the way back they both almost expired from effort. We went so slow Justin had to come back to rescue us. We found a spot with the Payne family and friends. They were kind enough to squish together for the 7 extra bodies in our party. I smooched myself down in front so Josie could have a view on my lap. My legs fell asleep something major after two hours of sitting cross-legged. Phillip and Everett collected Frisbees, about 7 each?! Lots of candy, fliers, sunglasses, flowers, and joy came with each float! I always love a good marching band, all the feels deep in your chest, boom! boom! trill! One float had millions of tiny bubbles floating about, all the kids loved that one. Almost the last float was a contingency of Disney Princesses! Josie got to give Elsa a handshake! Swoon. Justin and I went to a temple endowment session around 4 pm. We had something quite major to pray about and seek answers for. Amelia held down the fort while we were gone for several hours.

Sunday we drove up to Payson early the morning. We went to church with the McEntire family. Everett lovingly sat right by Amber with his head snuggled on her arm. Evelyn was also quite taken with Aunt Amber. She was in heaven with all the little kid attention. We enjoyed a lovely pre-Thanksgiving dinner after church. I brought up a chocolate parfait dessert and Mac n'Cheese. Amber insisted on making the rest of the meal. We helped peel potatoes and snap beans. Everett, Evelyn, and Josie loved the playhouse outside! Dinner was a yummy affair. Afterward we went on a short hike about their wooded neighborhood. Amber was kind enough to give Evelyn a piggyback ride most of the way. We found a small pond on the way around our hike. Of course the boys threw every stick within a 10 foot radius into the pond water. We left Amelia pondering by the side of the pond without meaning too. I thought she left early with her cousin to head back, instead we got a phone call a while later asking where everyone went to! She realized it was too quiet for us to all be around. Amber and Mike went back to get her.

**while dropping of Josie to Nursery last week she bounced into the room, declared, "I had a birthday!" She was quite excited about Justin's birthday and got confused. She told her teacher she was 4 while holding up 2 fingers. Her teacher said you only have two fingers up! Josie replied, "well, I can't do dhose fingers, it too hard!"