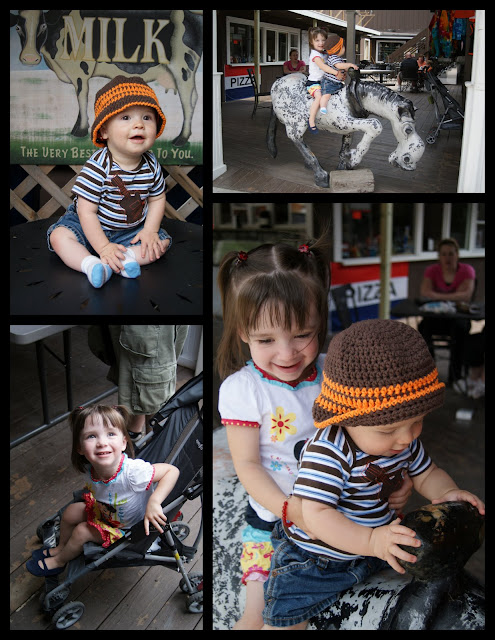 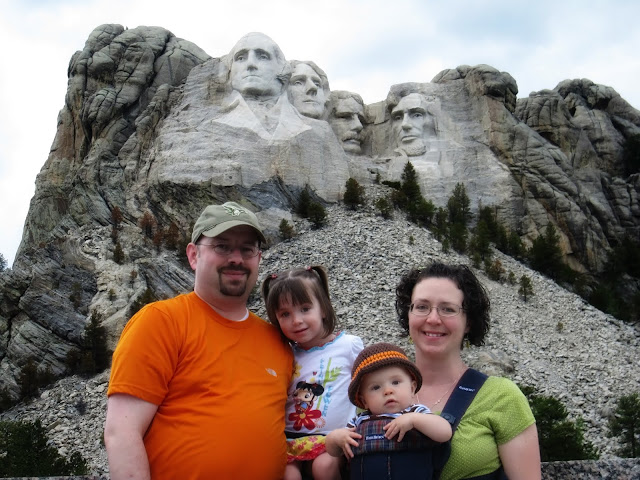 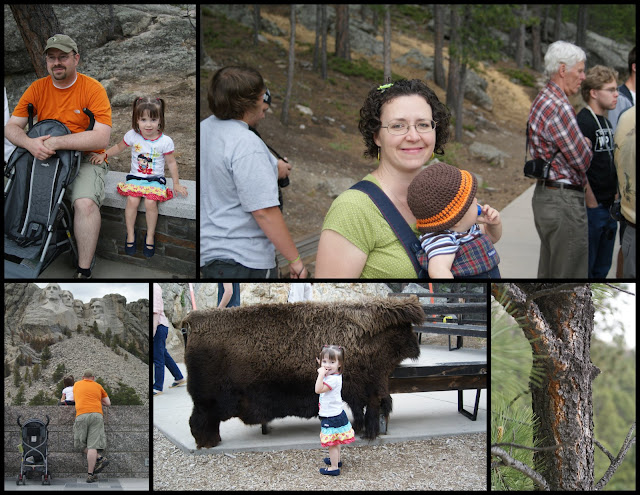 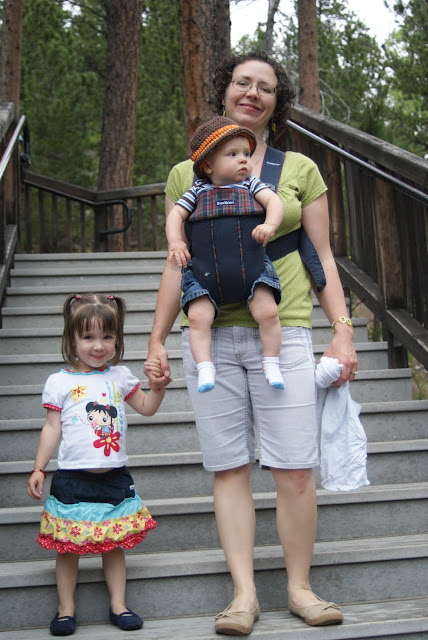 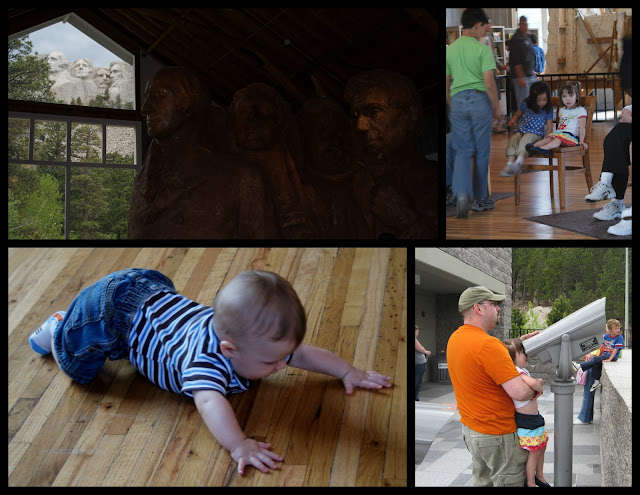 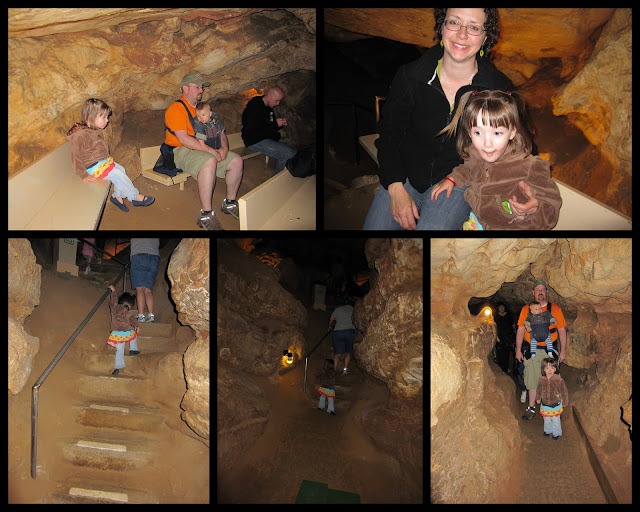 We enjoyed a pleasant vacation to Mt Rushmore this past weekend. Our original plan was to attend the Jackalope Days in Douglas WY, but we did not have a tent large enough for everyone. So, we packed up to check out Rushmore. The drive up was awesome! I crocheted two hats and listened to Justin DJ our music. The kiddos held up well considering they are not great travelers. The scenery was spectacular! Everything was a lush green and a pretty native purple flower, blue flax, was in bloom. Once we entered the hills both Justin and I felt more at home surrounded by landscape taller than our home. We stopped first at the small tourist town/trap below Rushmore for lunch. We ended up getting a calzone to split and a sandwich for Mia. Phillip wowed the ladies in his new brown hat I crocheted to match a shirt.

Rushmore is quite astonishing! It was hard to imagine how Gutzon Borglum surmounted the task. We joined a little tour that stopped at four sites, where the guide spoke about each president. I never knew the Black Hills are named after the pine trees! The sap turns the bark a darkish brown, when viewed far away the trees look black! Justin amazed us all by accessing google with his new driod phone to cheat answer a trivia question from the guide. Call him if you ever get stuck in Cash Cab or some other game. Nerd! Drizzling rain followed close on our heels. We missed the majority of the rain while attending a lecture in the sculpture shed and then again in the museum. Did you know Gutzon Borglum was from Mormon stock? His parents immigrated from Denmark to SLC or Idaho, his mother joined the church entered into a plural marriage with her sister and her husband (Gutzon's father). His mother later left him and his little brother. Gutzon became disgruntled with the church and never acknowledged his birth religion! His father left the church and his second wife by the way side. Interesting! Phillip showed off his blooming crawling skills on the fun wood floor in the workshop.

Amelia found a cute little friend to play with in the sculptor's shed. She melted in the GIFT shop because she wanted a tiny bag of chocolate rocks for $6. Yah right, kid! We got ice cream instead! Next we drove to Rushmore cave. I LOVE caves! The last time we toured a cave Amelia cried the whole time. She was "super brave" and "sooo good at climbing stairs!" I've seen much prettier caves. Amelia was so funny, noticing every little light and funny rock. Her commentary made this cave especially memorable. Justin toted Phillip around much to my amusement. By this time it was after 7 pm so we headed to Rapid City and dinner. Amelia was soooooo excited to stay in a hotel. She put on her PJs super fast, snuggled down in her bed, and jabbered for an hour. I finally had to snuggle her until she stopped talking long enough to fall asleep. Phillip was zonked out before we even arrived at the hotel.

Gutzon Borglum was born in the small town of St. Charles, Idaho near Bear Lake. If you stop at the church there, there is a small plaque that tells a little about his life. We have wanted to visit Mt. Rushmore. I enjoyed reading about all you did. It will make our trip, whenever that is, much more enjoyable.