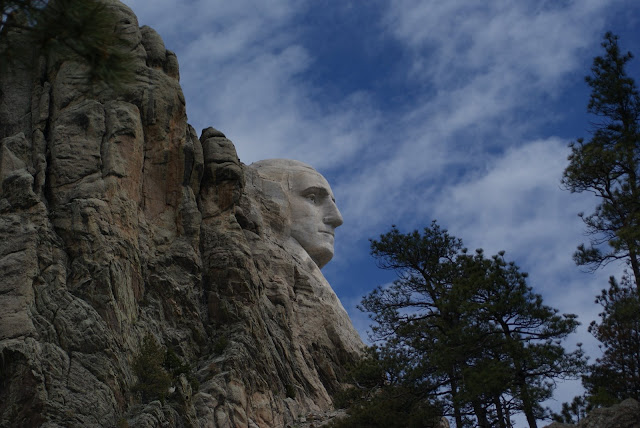 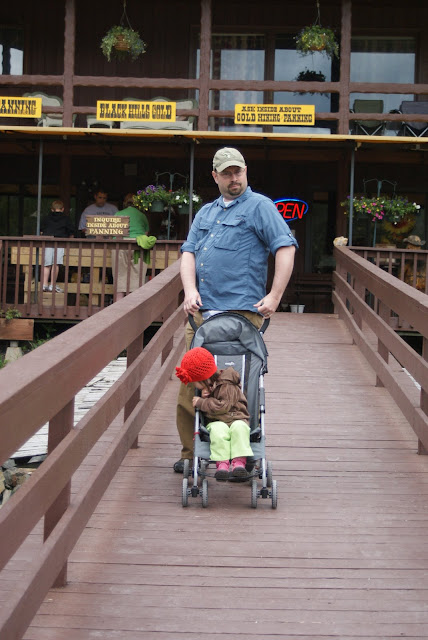 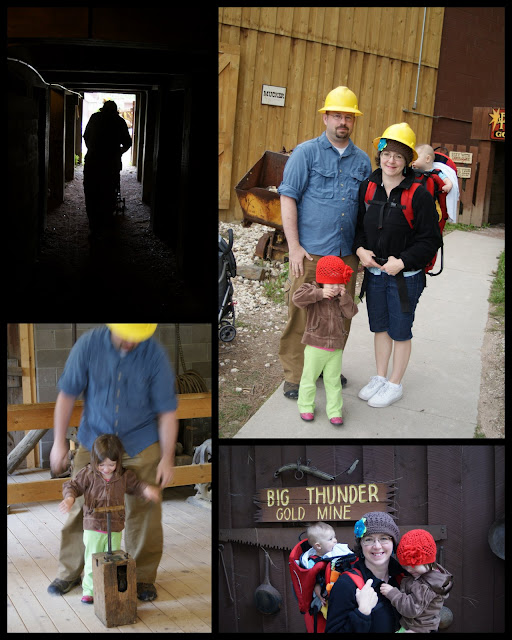 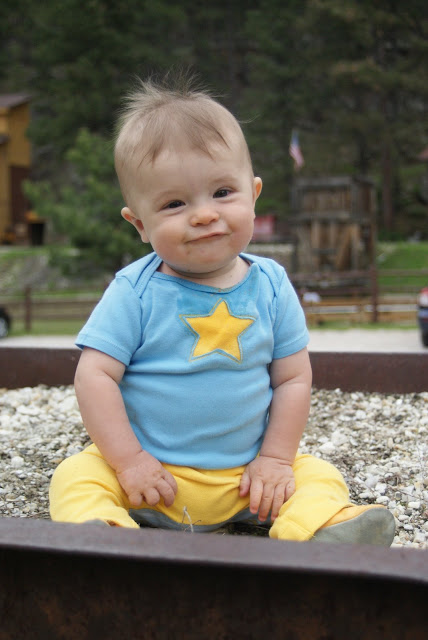 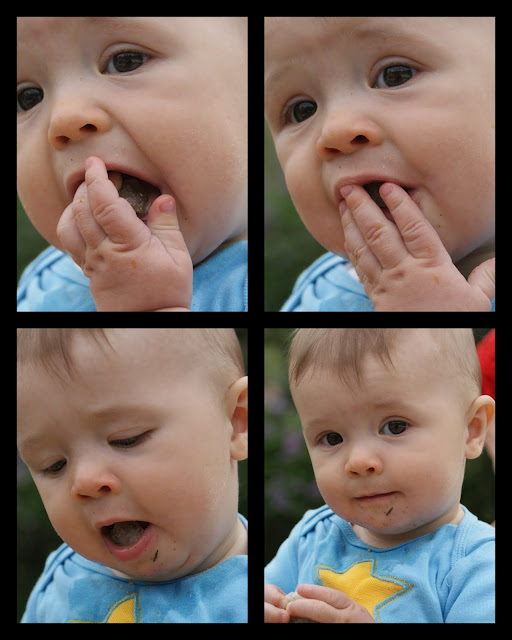 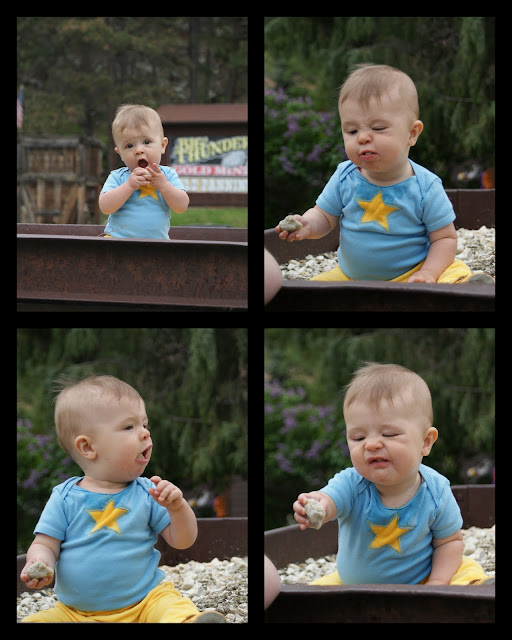 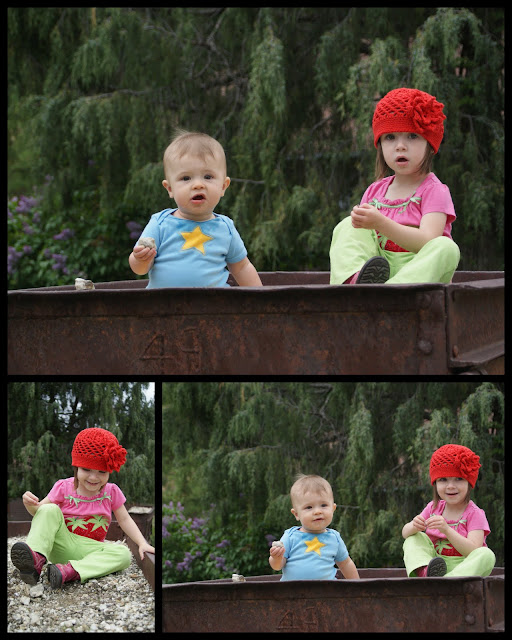 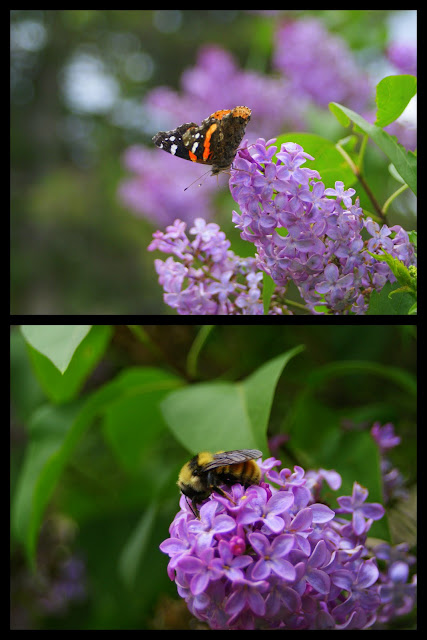 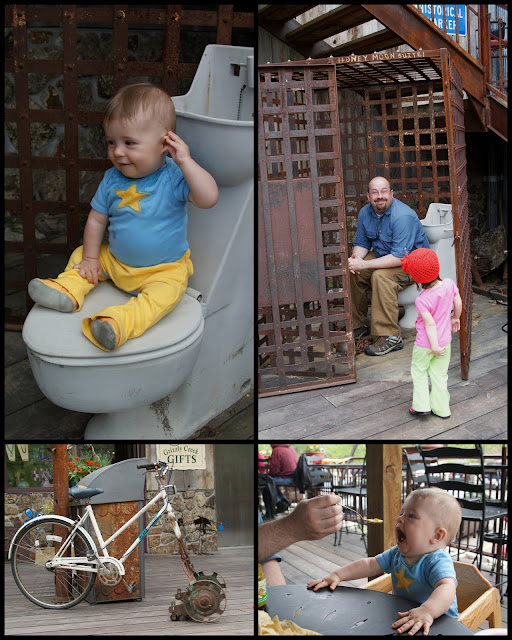 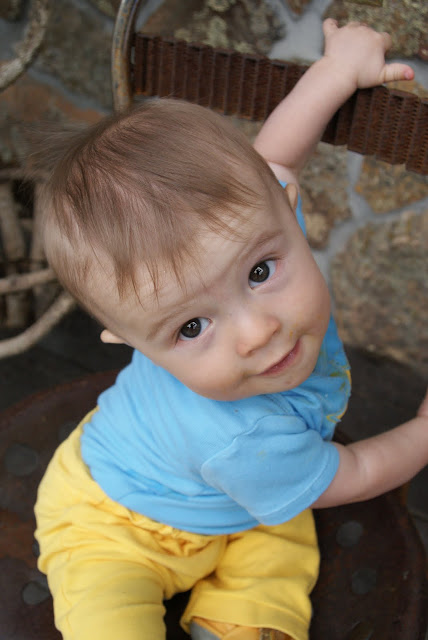 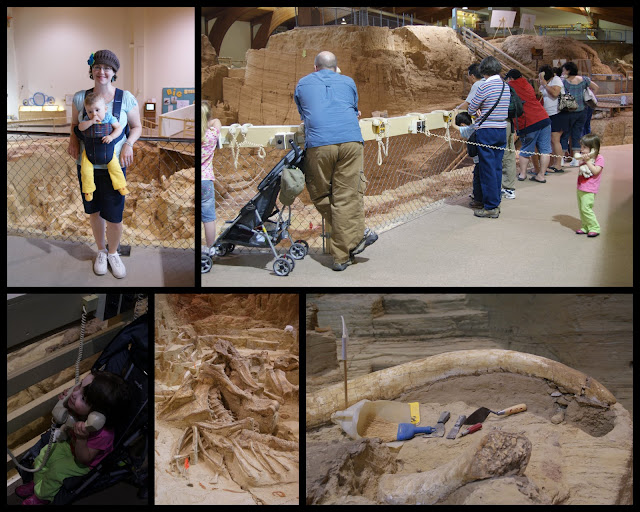 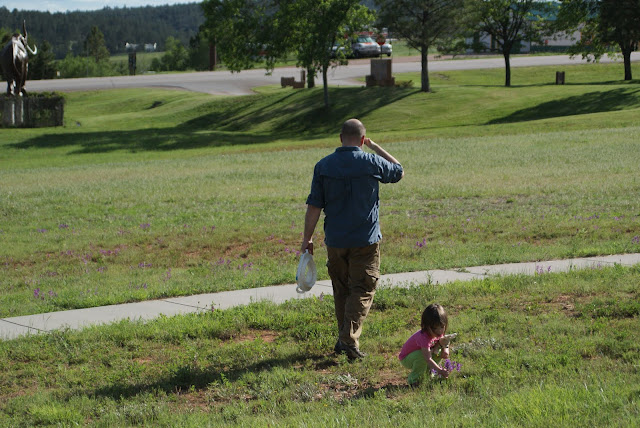 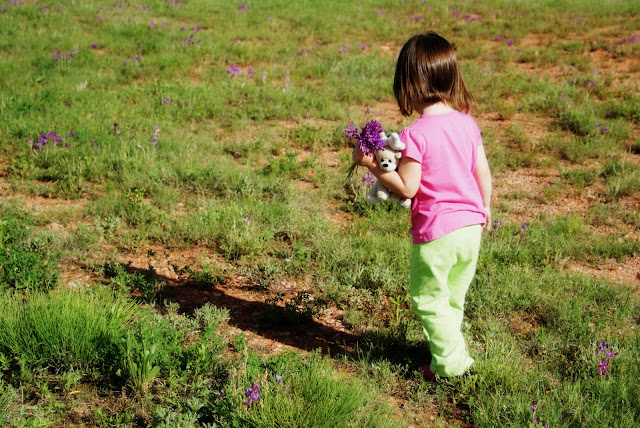 We made it out of the hotel with NO whining or screaming for the pool! That is a huge deal! Amelia said her favorite part of the trip was riding the elevator! The weather was partly cloudy, lending Mt Rushmore a different emotion. We drove around for an hour just admiring the land around Mt Rushmore. Justin spotted a side view of Washington's face, that photographed splendidly! Once Phillip woke up we toured the Big Thunder Gold Mine. Two brothers owned and worked the mine for nearly 30 years. They found only 10oz of gold the entire time. The morning after finding a potential big nugget some locals hoodwinked them and bought the claim while the brothers slept off a booze hangover. I felt pathetic...for the two guys who wasted a life time searching for nothing. I hope they learned something! Phillip sampled most of the rocks we found in an old rusty ore cart. Amelia helped me photograph some butterflies and a bumblebee. Justin suggested lunch in Keystone City. I spotted a Mexican joint nestled in an antiques mall. The food was really good! I was in prop heaven walking through the antique mall. There were about a dozen items I'd love to acquire, top of the list included a cute antique baby buggy.

We drove down south to tour the wind caves on our drive home. Unfortunately for us the park was having a free admission weekend so all the tickets were sold out. Huge bummer! Instead we stopped at Mammoth Park an hour or so south of the caves. I was relatively impressed with the museum. A construction crew spotted a tusk while starting excavations for some housing. Turns out the spot was an ancient sink hold turned hot tub for the Mammoths. Young mammoths would get stuck down in the water and die. The area is filled with many pristine remains of many types of prehistoric animals. The museum consists of a structure built over the still active dig site. During the tour you listen to your guide through phones, super cool to a 3 year old. I am glad we stopped. Amelia picked some pretty purple flowers before we headed home. Phillip threw a royal fit near Chadron, we made a stop and toured the local Walmart for a diversion. Amelia threw her royal fit the last 30 minutes of our ride. She really wanted to "GO BACK TO RUSHMORE AND RIDE THE ELEVATOR." Repeated in a scream about 300 times. Ahhhhh, family trips! I am finally starting to catch up, only to gear up for our next trip come Saturday morning. We are making an excursion to Hotel Reagan in Utah (aka Charity's home). I had four customers make photo orders over the weekend. It takes a long time to get the photos ready and prepped for printing. The orders are in as of this morning.

Amelia and I replanted beans for the 4th time and replanted tomatoes and peppers that died last week. Most of my other plants are looking a bit better. Last night we had a whopping thunderstorm. The evening weather was that strange, humid calm. I was anticipating a huge tornado! My plants survived once again.

AHHHH! These photos are SO great! This looks like so much fun!!! ANd I noticed your kids' decked out in fabulous outfits, so so cute! I especially love the pics of Phillip eating rocks lol!!! LOVE it! I'm excited to see you guys!