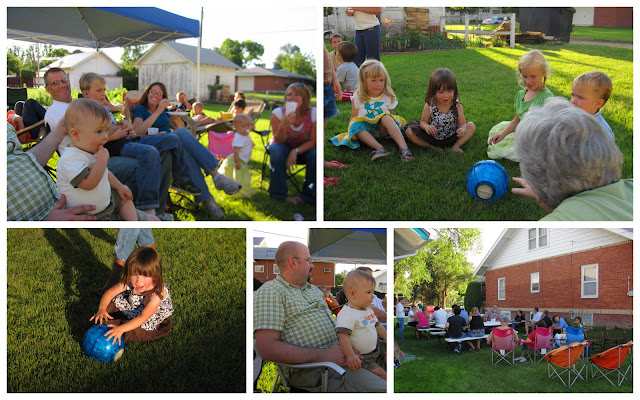 Holy Smokes there were a ton of people in our ward this past Sunday. Some were passing though but more were new in the ward. In the past three months about 10-12 new families moved into the ward. Most are hiree's for Cabela's. We now have to open the second sometimes third partitions. When we first moved here only the chapel was used. Last year for Girl's Camp about 7 girls attended, this year? 25! Yah! Amazing growth is happening here in Sidney. A visiting General Authority said that for now Martin's Cove is our Stake's temple. I would not be surprised to hear a temple announced for Cheyenne area. Soon we will divide from Cheyenne and have our own stake in Western Nebraska. How exciting!

Willie and Becky invited the ward to come celebrate their sealing out at their home. They provided the hot dogs, hamburgers, and condiments. We provided the side dishes. Weather wise it was awesome! Clear skies, not too hot, and just a hint of wind. Camp chairs and picnic tables held many families as we all talked and chatted about life. It was an amazing evening. All the kids ran around earning their flushed cheeks and drinks of water. Laurie and Becky made homemade ice cream for dessert. Two quarts of ice cream were made in balls that the kids rolled around until it was ready. A picture perfect sunset brought an end to our Sunday feast. 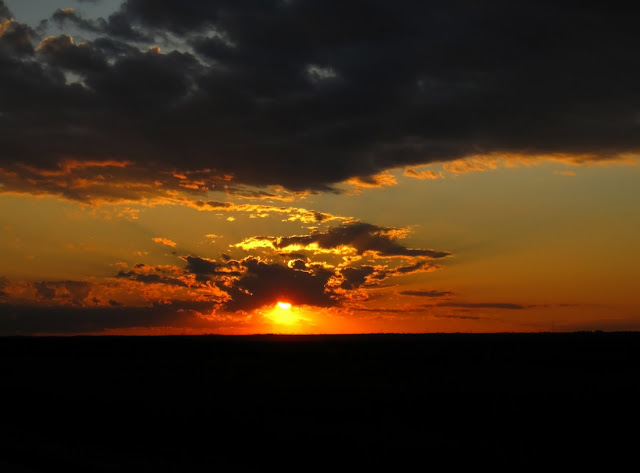 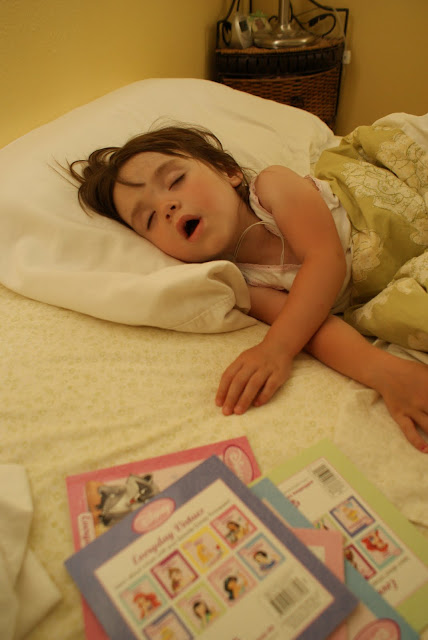 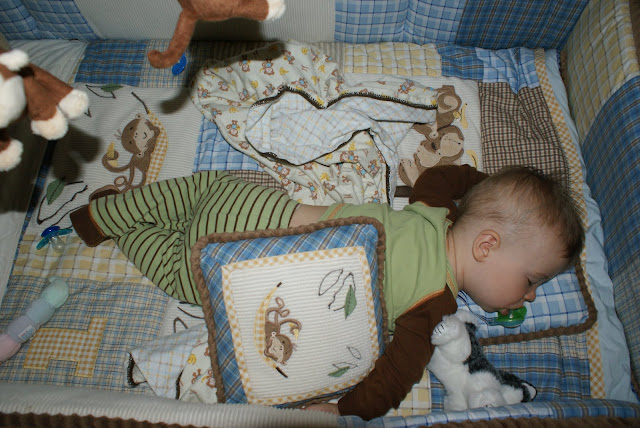 Sunday night was so FUN!!!! Am I eating my cup in that picture?? :) Beautiful sunset picture...I need to read my manual again to figure out how to take those pictures!!!! Especially while in Idaho this weekend!