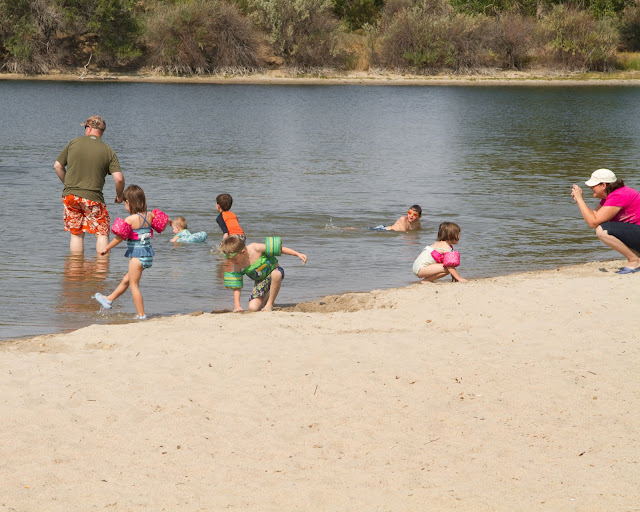 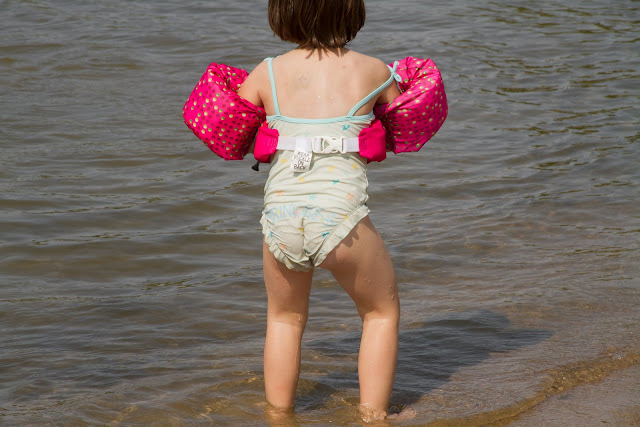 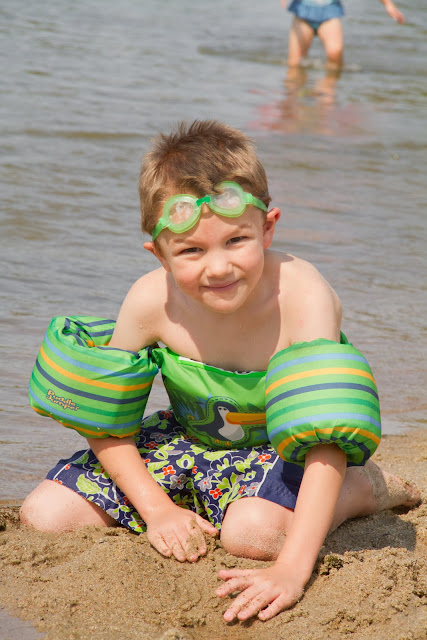 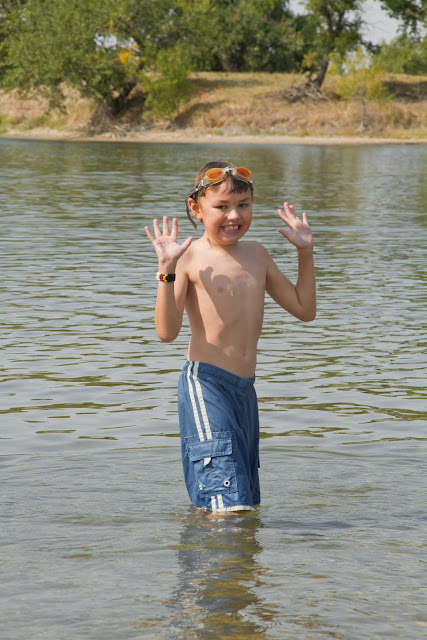 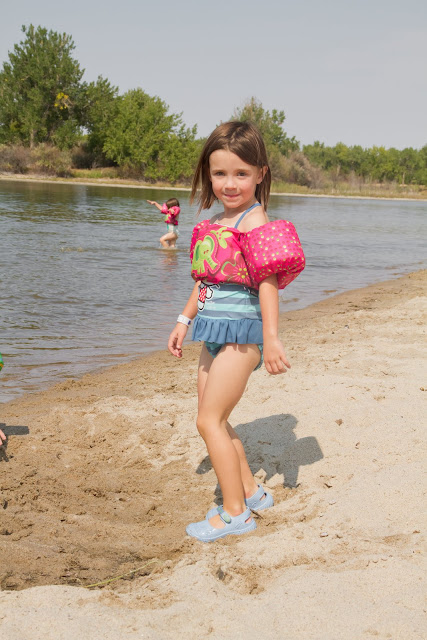 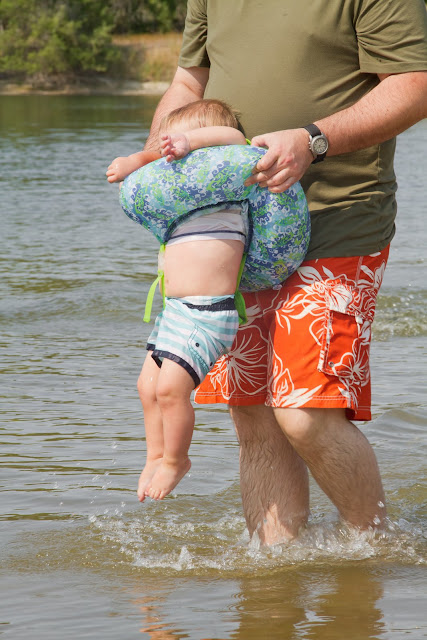 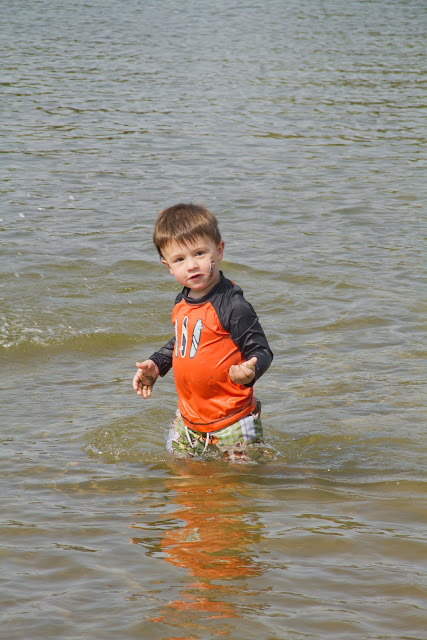 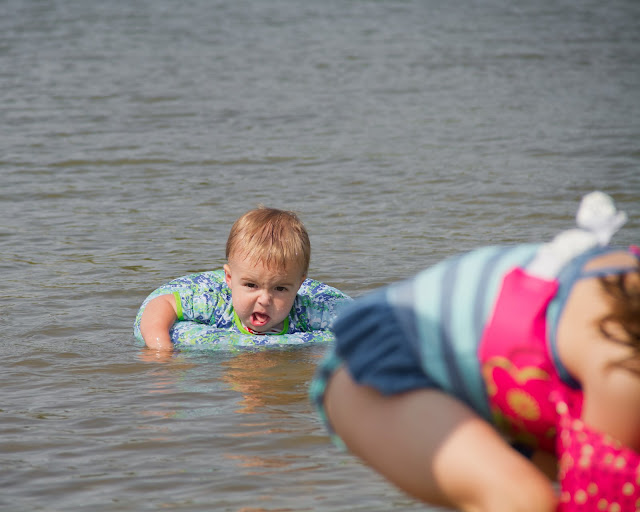 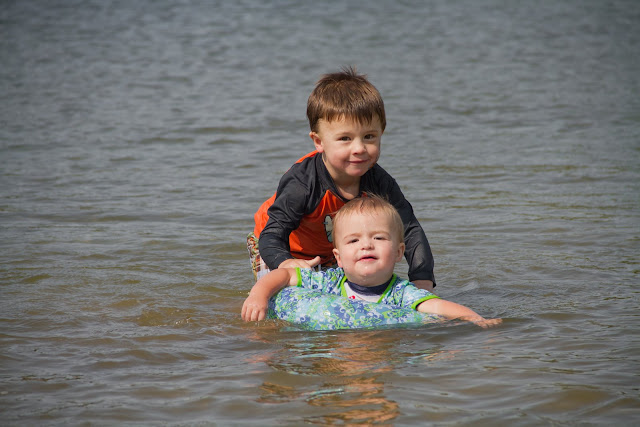 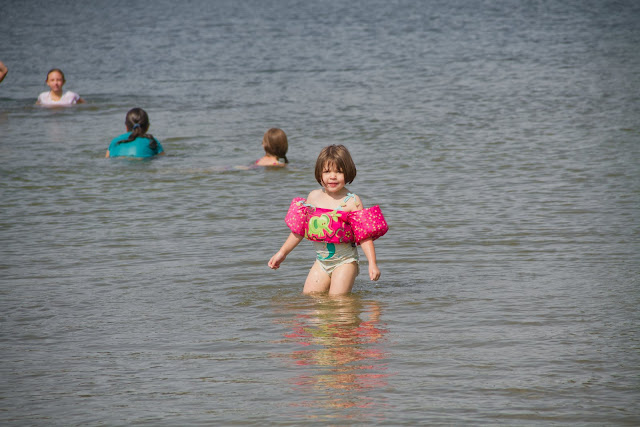 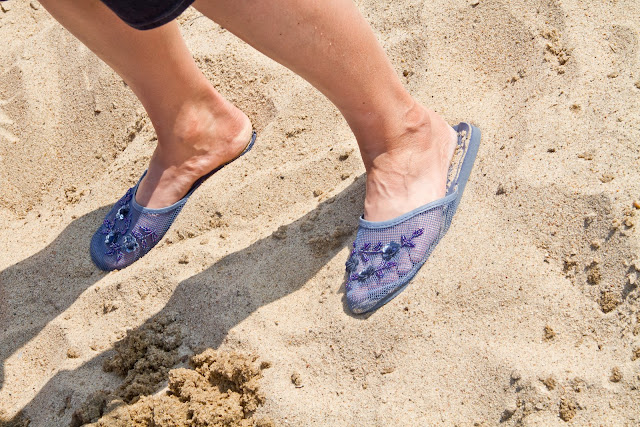 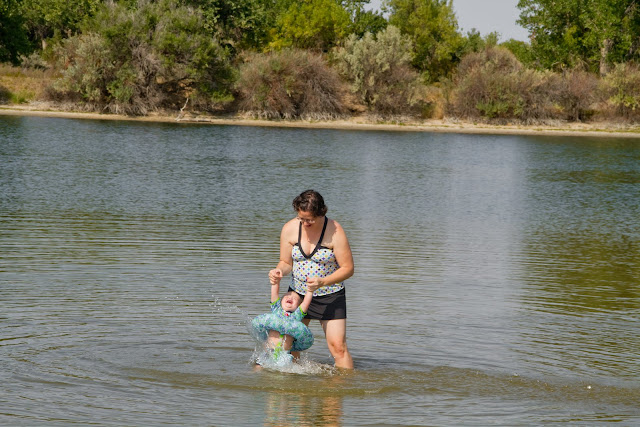 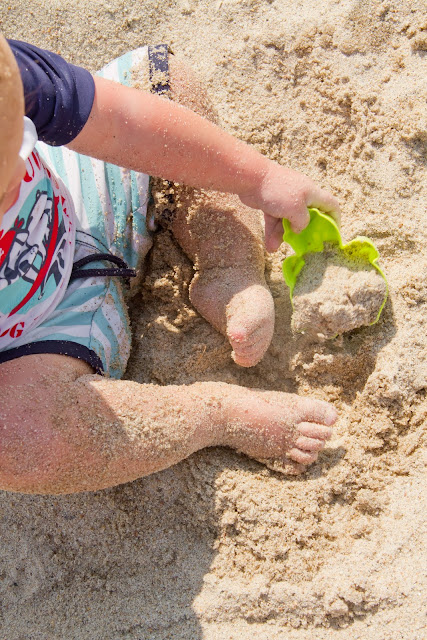 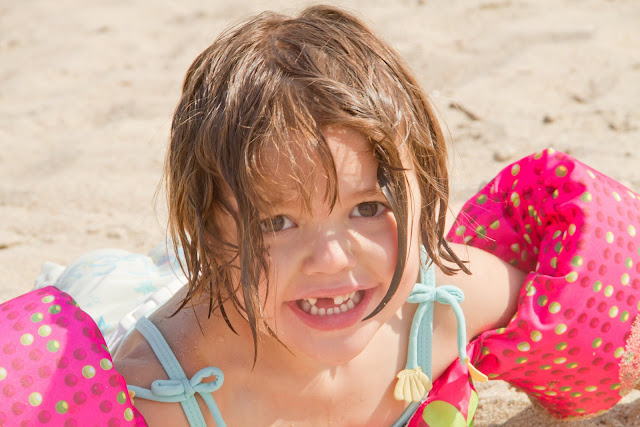 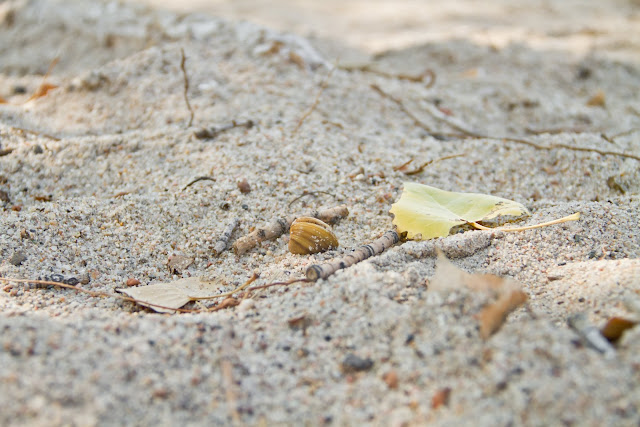 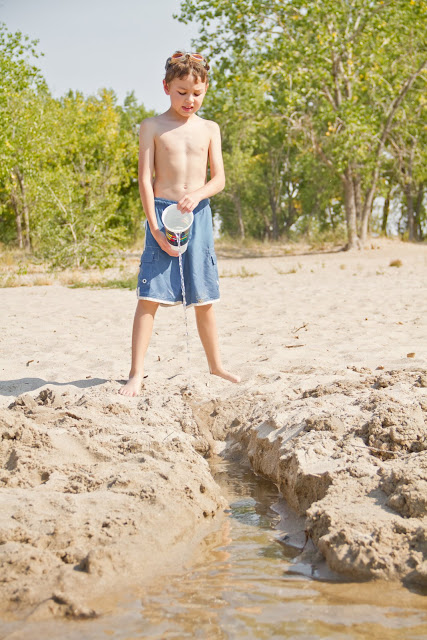 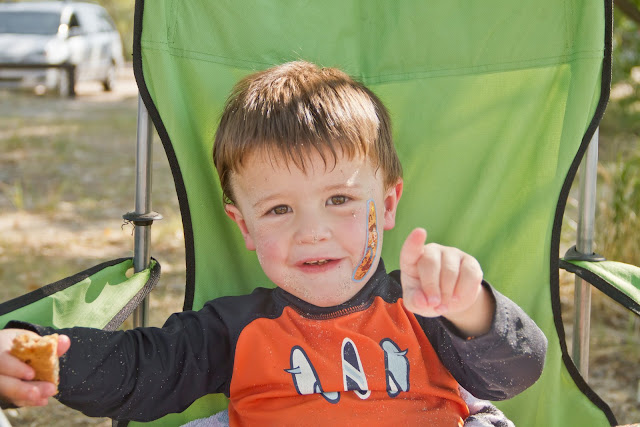 We were a bit stir crazy come Saturday morning. Decided to pay a visit to Bridgeport Lake since the weather was nice. The beach was almost deserted, except for the other people there. He he. The kids got down to business stuffing sand in places where sand should not reside, making sand castles, trenches, collecting shells, and splashing around. It was a perfect day to visit the beach...in the middle of Nebraska...in the middle of nowhere. Seth made a cool trench at water level so the pit of despair would fill with water. Pretty neat. Jacob was silently making hole after hole after hole. Everett and Phillip ate some sand, drank pond scum, and pretty much had a blast. The girls were off doing what girls do best.
Miekka decided her kids needed new photos...at 8:30 pm. They were not so happy about posing for me. Jakes was a bit cranky, poor kid. Mean ole Aunt Jenni made him smile more than is normal, my stupid jokes did not work either. Luckily, Miekka decided to stay an extra day. Hooray! We had a nice relaxing Sabbath. Justin grilled a delish pork loin smothered in chimichurri sauce. The kids were bribed into another photo session outside. Miekka stayed in the van while I harassed the kids. They are so darn cute. I feel sad we live so far away.
Monday we recovered from a long weekend. I dragged Phillip to the hospital so the vampire lab could draw some blood and then get a nice shot in me bum. That was so nice. Phillip told everyone, "I a Big Boy." At home I explained he was a baby because he wore diapers. Now he really wants underpants (sneaky, right?). We will keep pushing the baby diaper logic. I helped Kelly with a fun newborn session with a girl (squeal). Those are so fun! Yesterday we had a busy day with Romain and Cydahlee (3 yr old twins) over for half the day. Now we are all coming down with head colds. Dang it. I made a cute onesie for a newborn girl and finished Phillip's R2D2 shirt. He lubs his new shirt. Amelia started back with ballet lessons today. Tomorrow we will go get x-rays of her tummy to see if her bowels are clearing out a bit.

Oh man . . . I feel you with x-rays and bowels! We dealt with that for 3 1/2 years until Kate was diagnosed with Celiac Disease! Poor Amelia - Kate knows how she feels!

And seriously just in the last month it seems as though your children have grown up so much in pictures!

In answer to your question about Kate's glasses - nope - she will have glasses until at least 8 or 9 years of age to hopefully correct her eye! But I just wanted to try some without her glasses on so i would have her close her eyes and open them right as I would take the picture so her eyes would both be looking in the same direction!

BTW - I am really missing you!