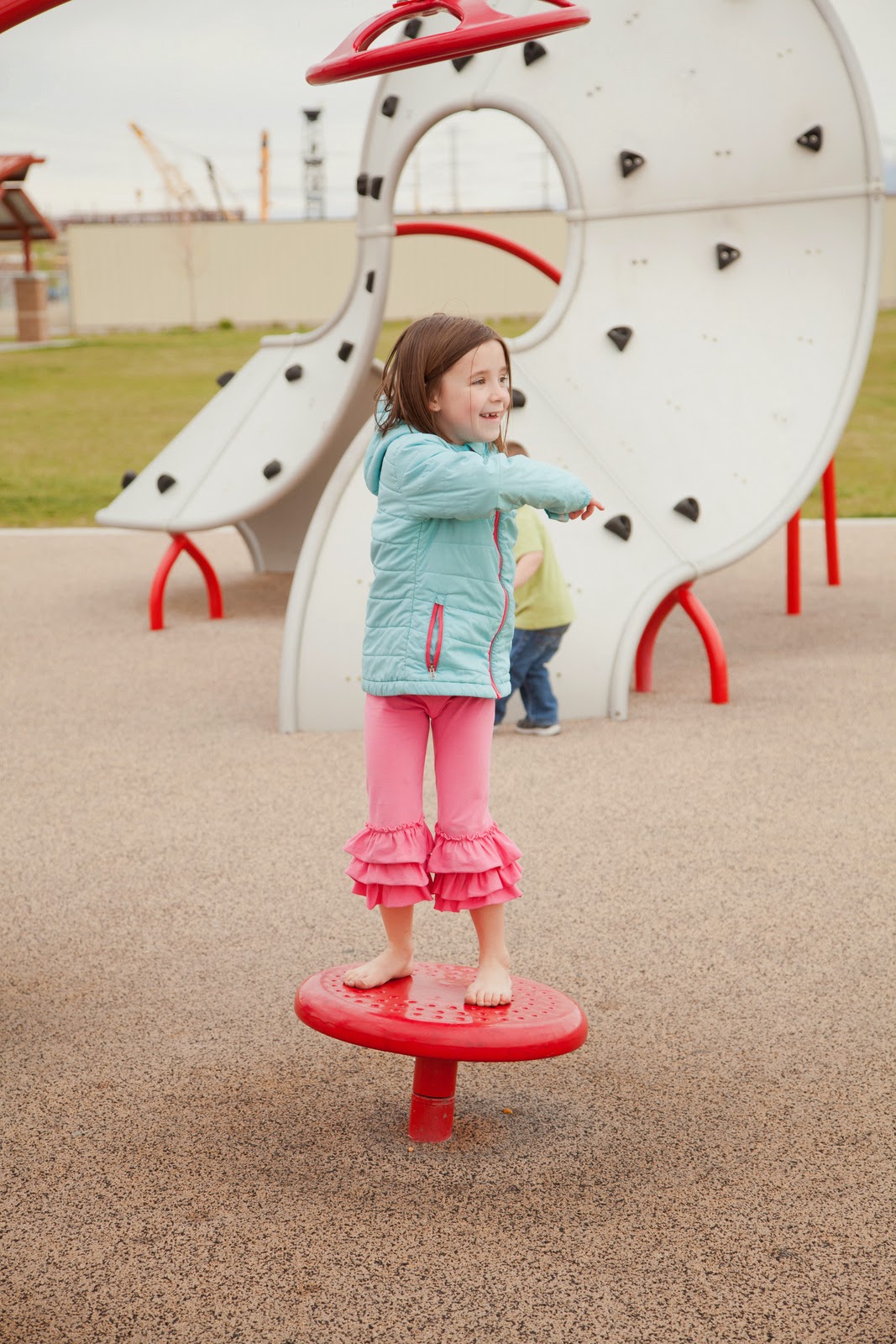 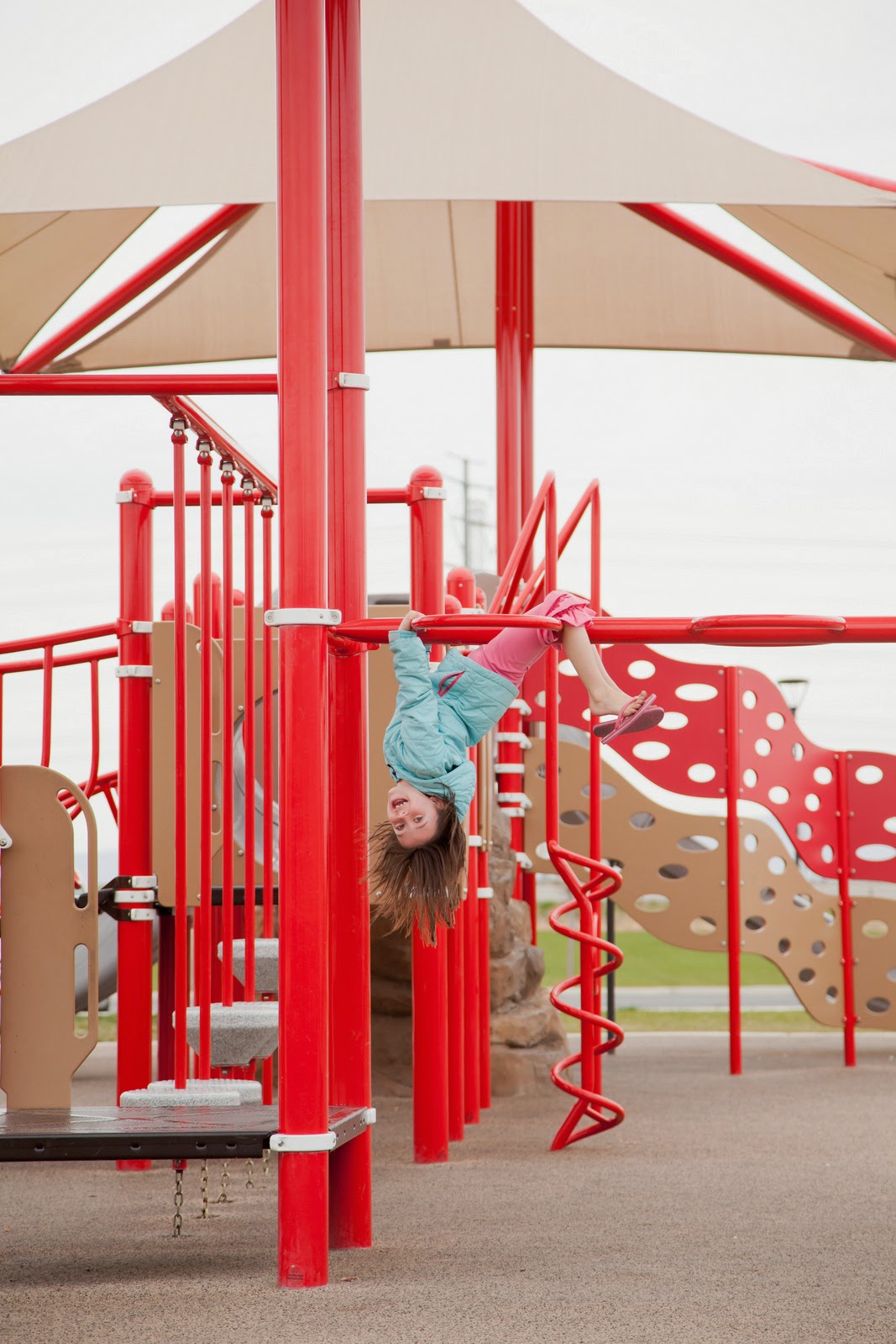 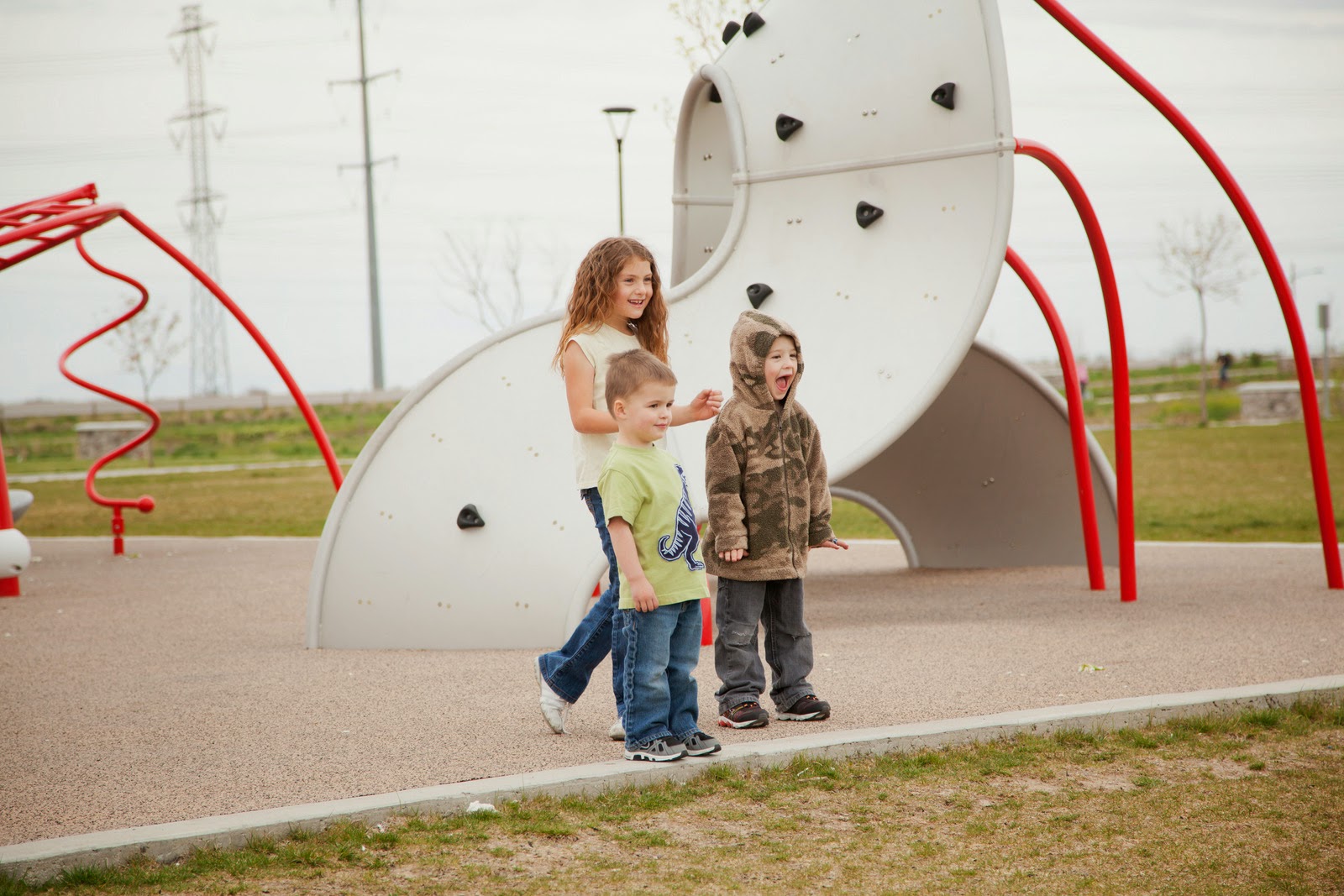 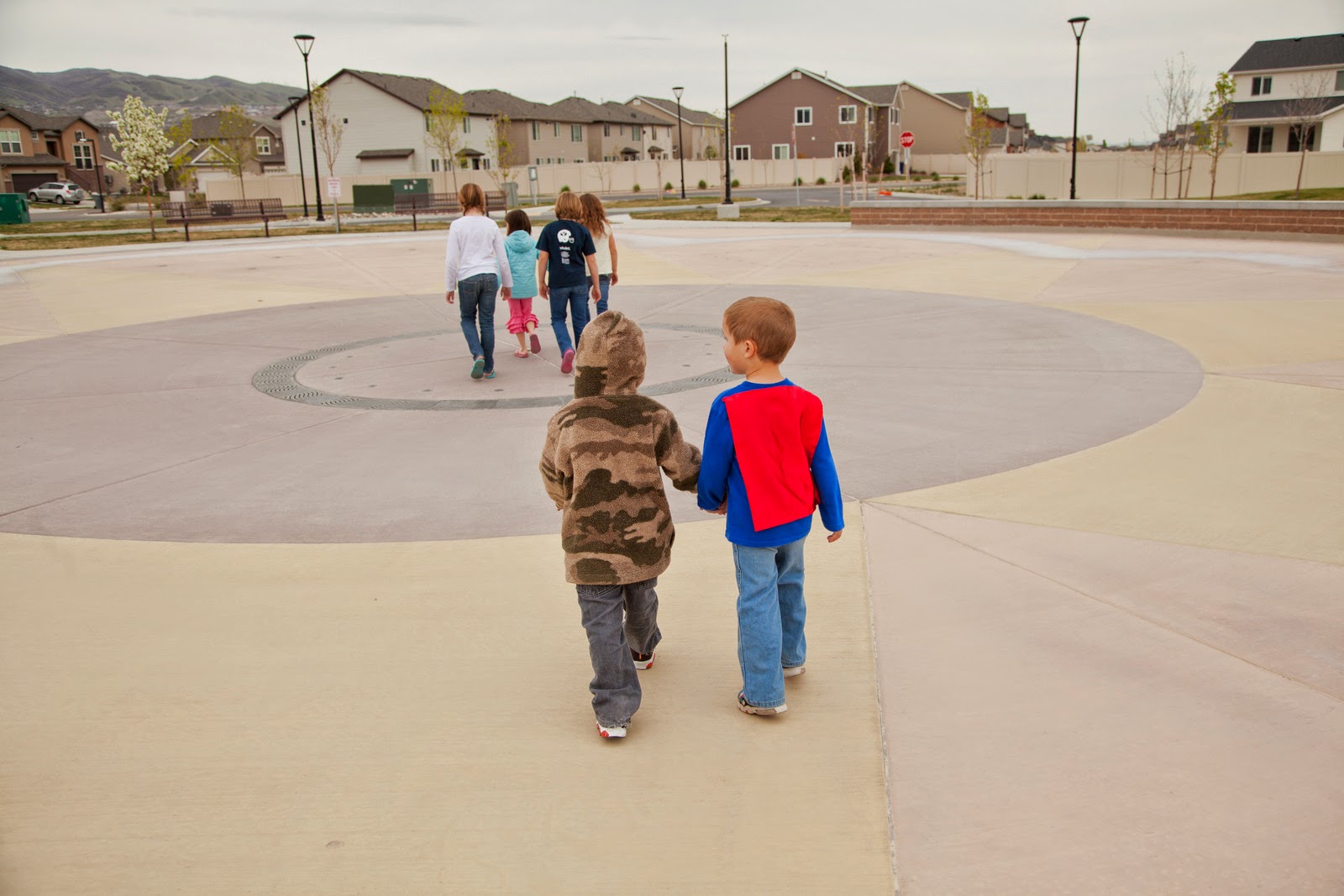 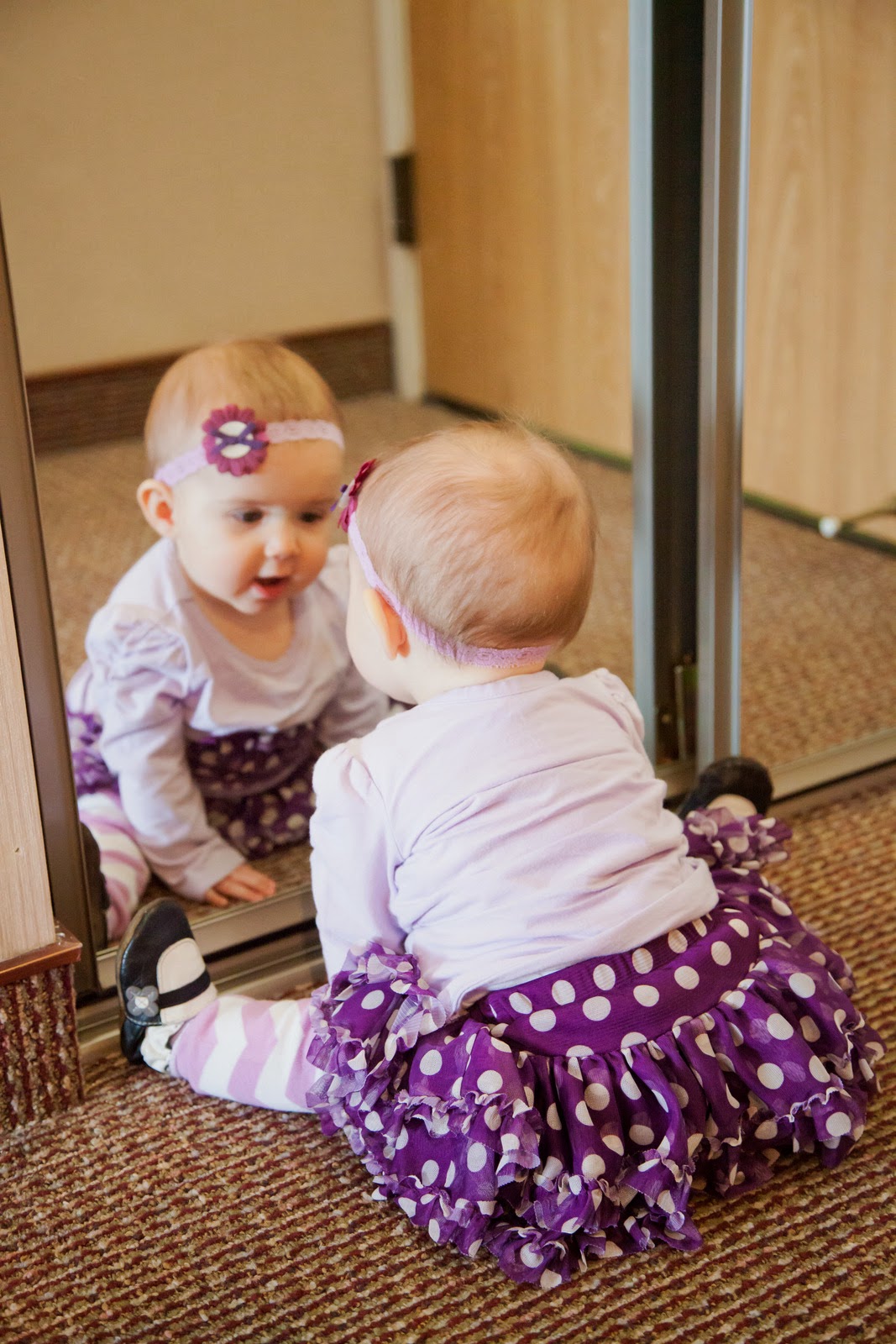 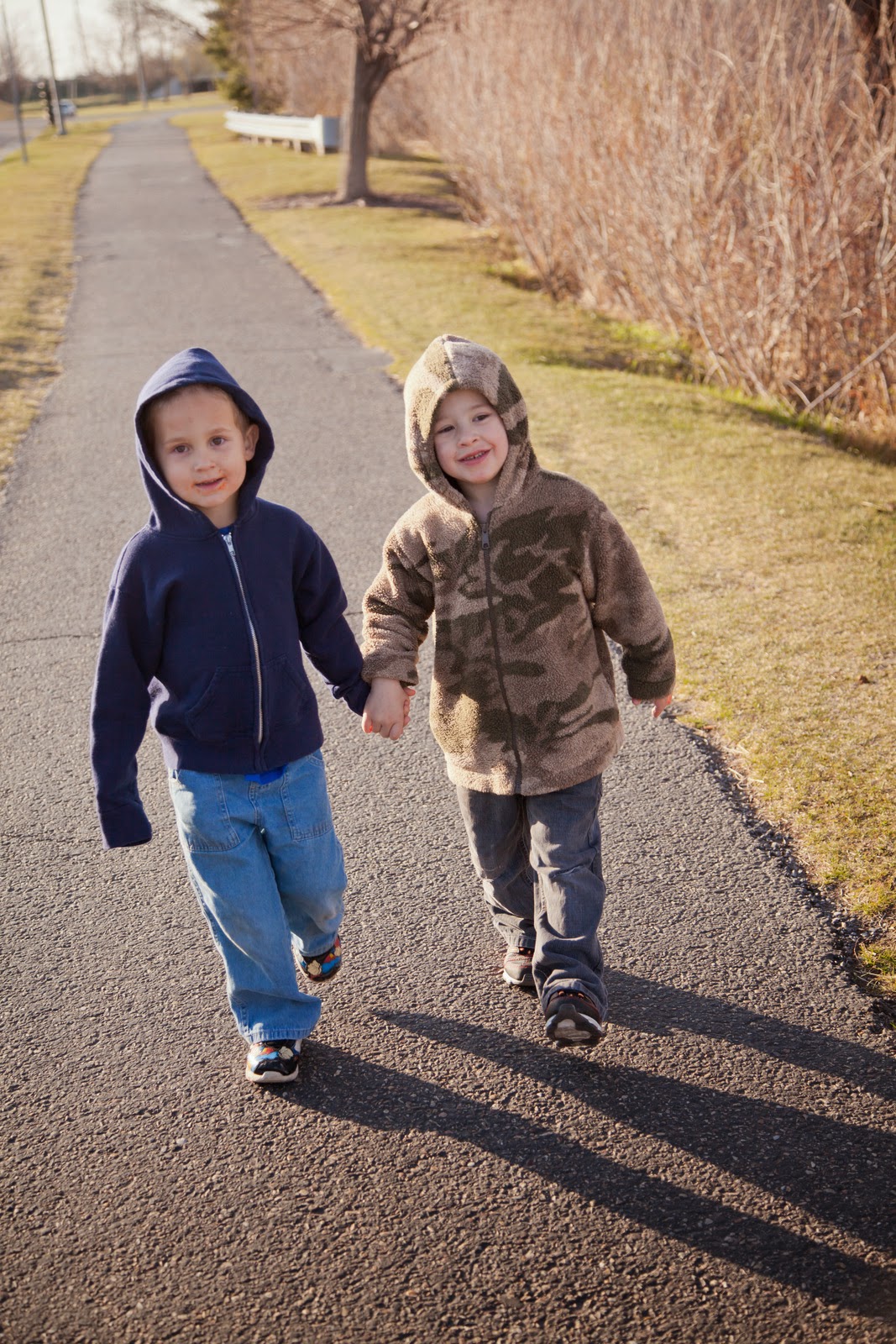 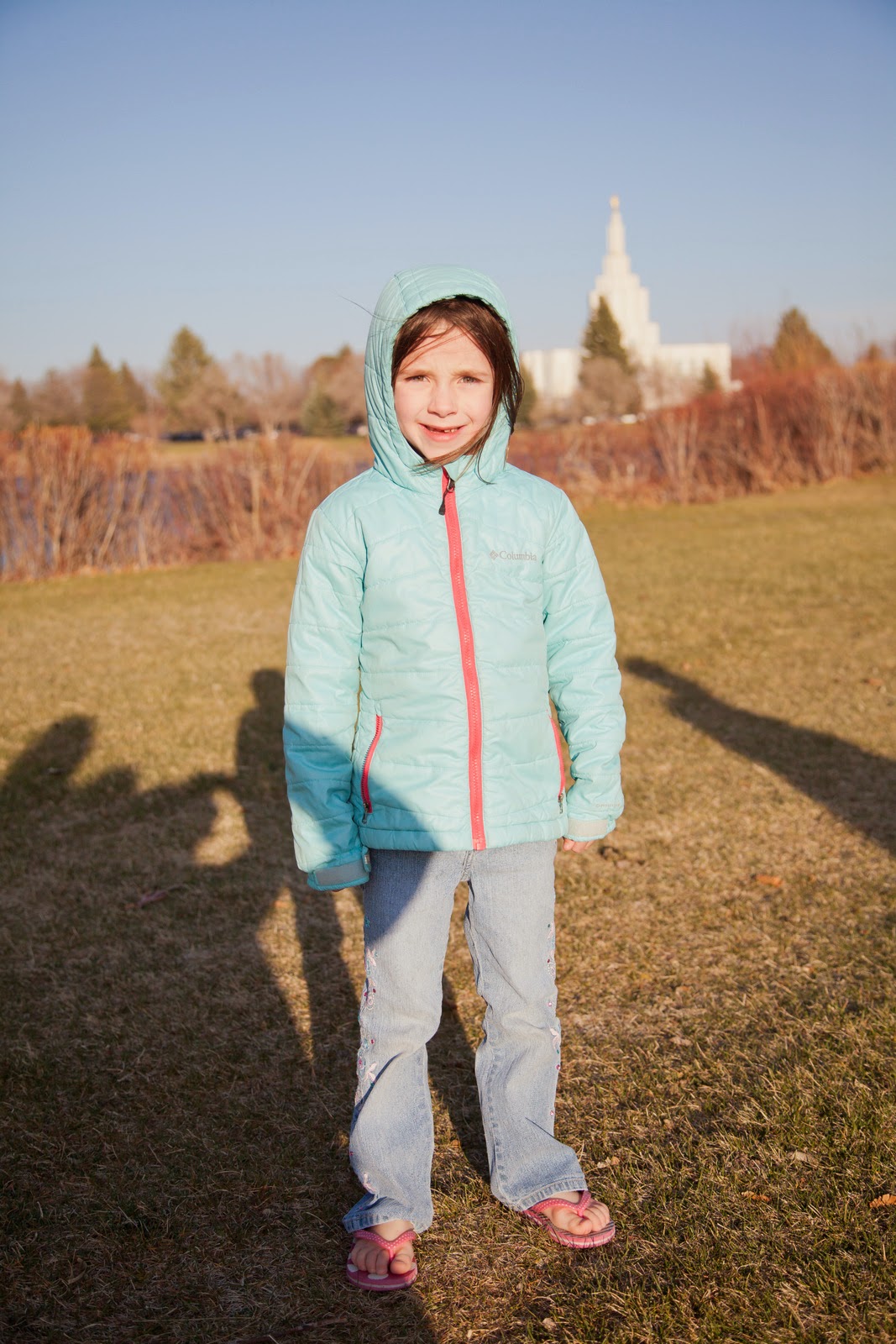 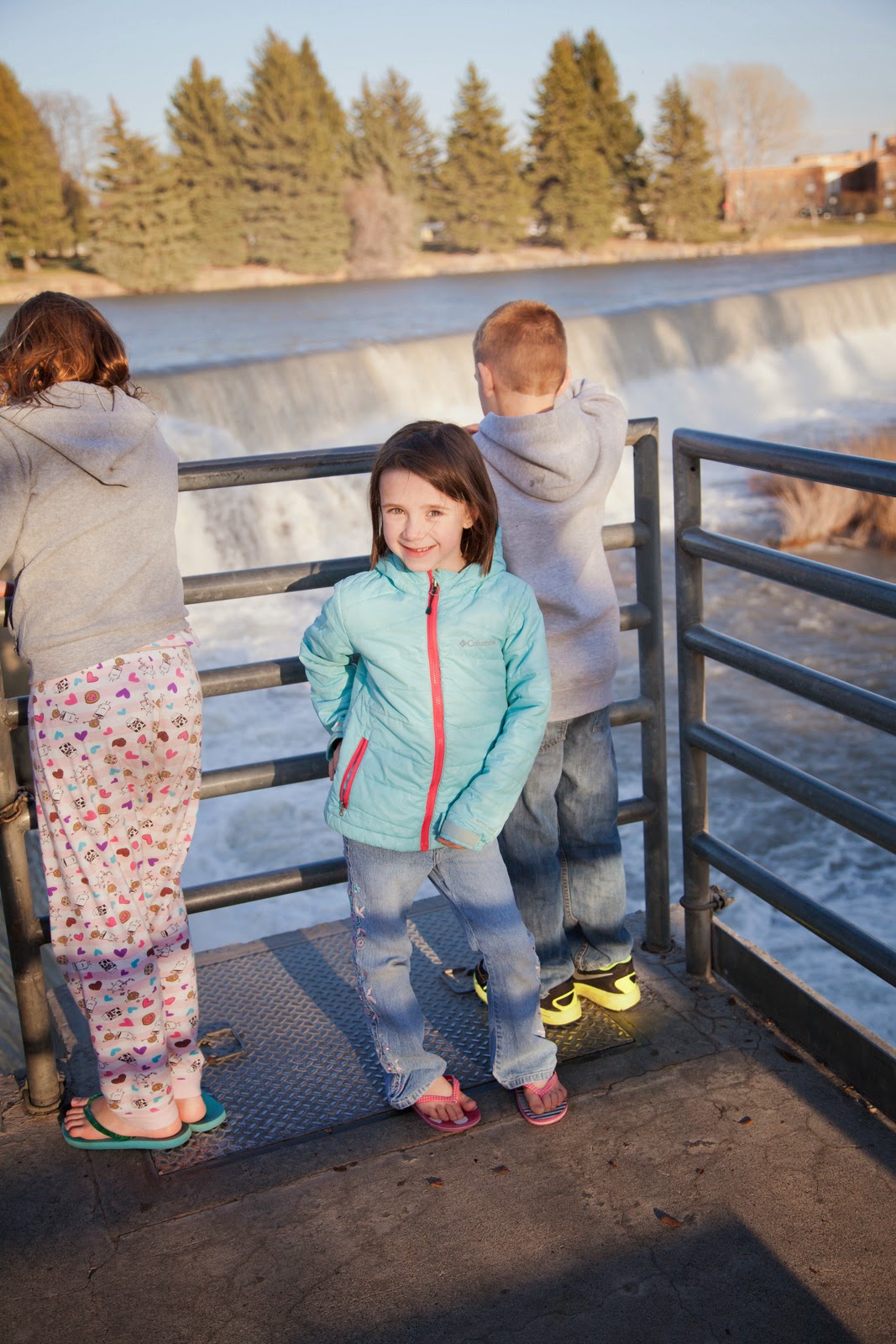 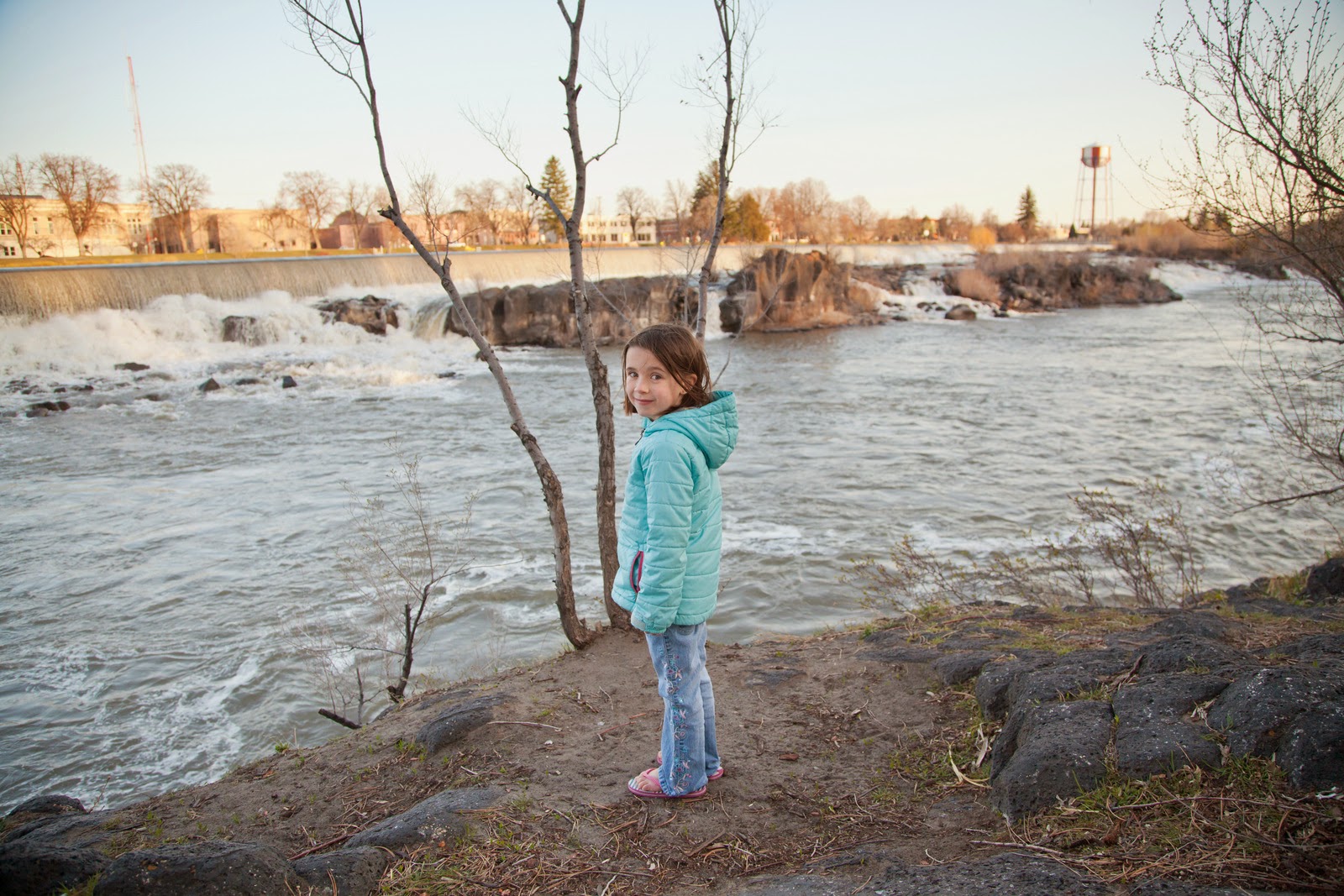 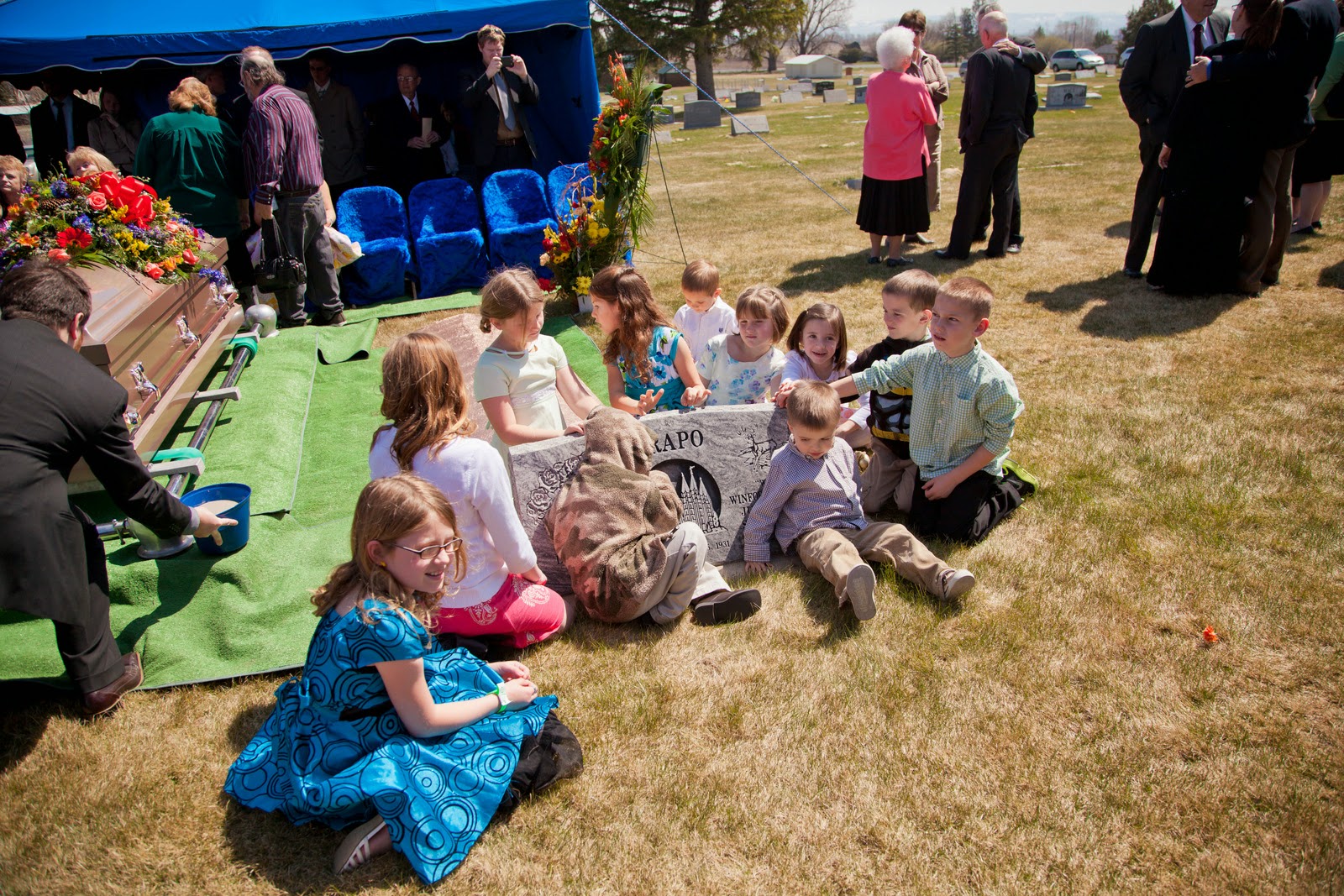 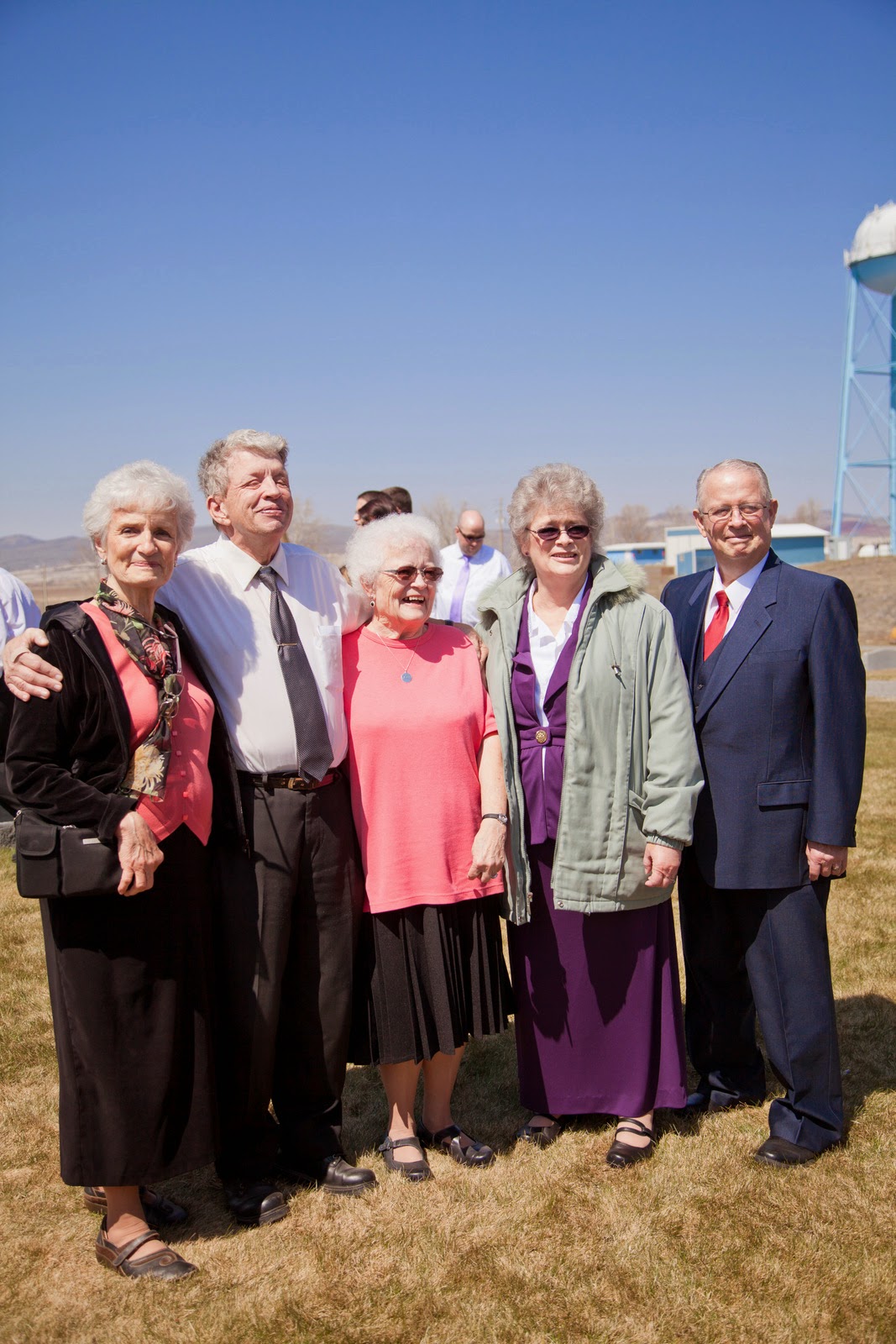 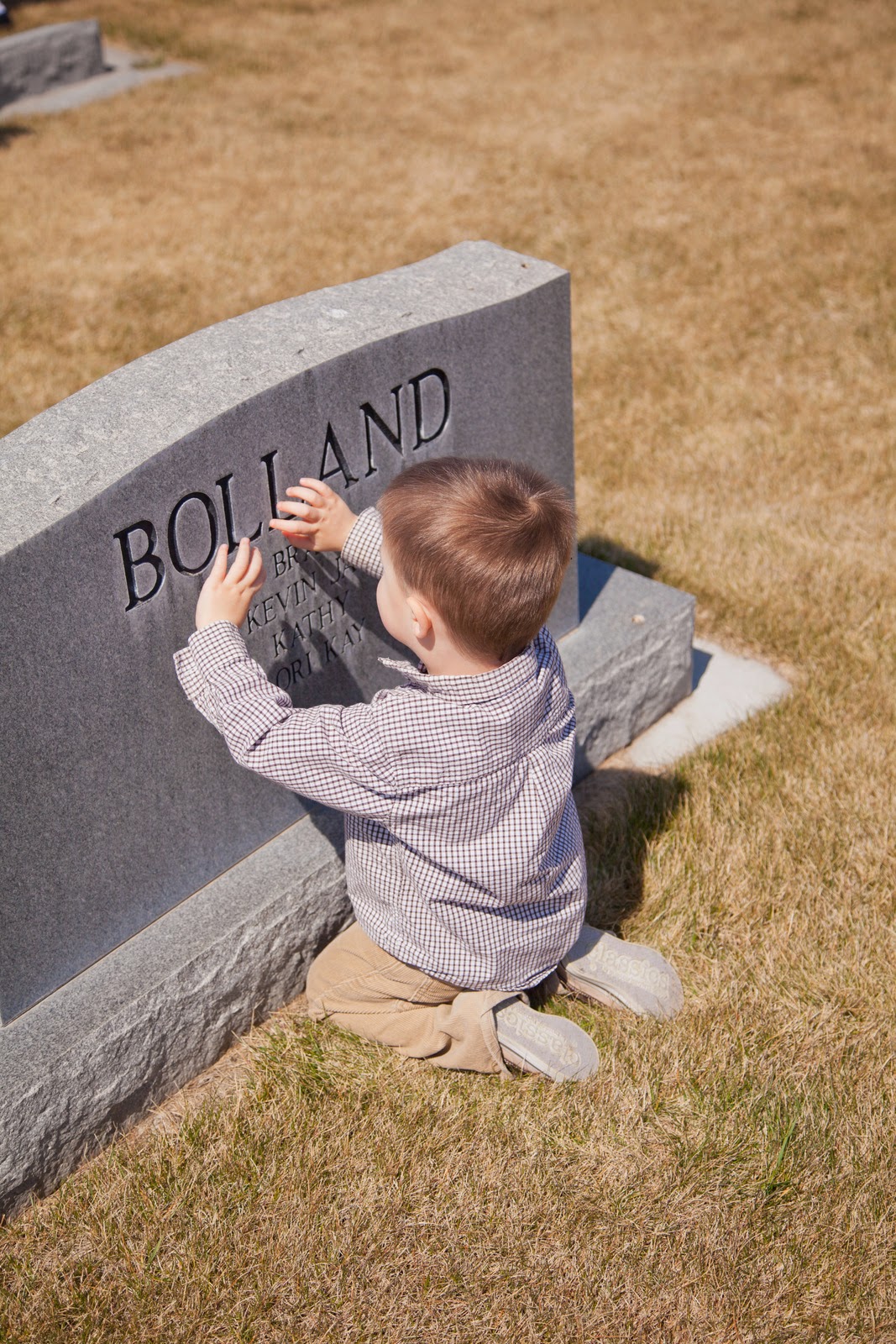 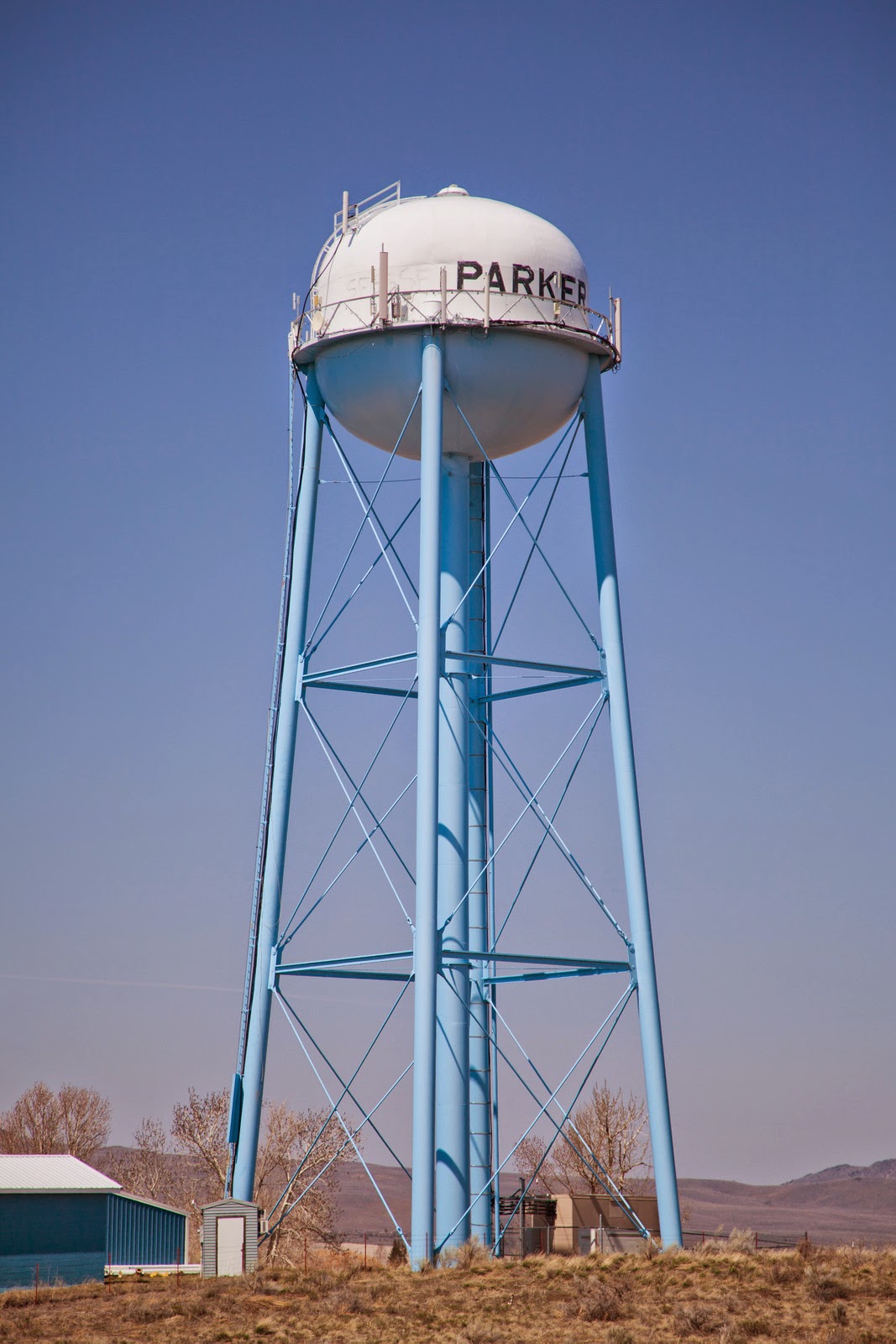 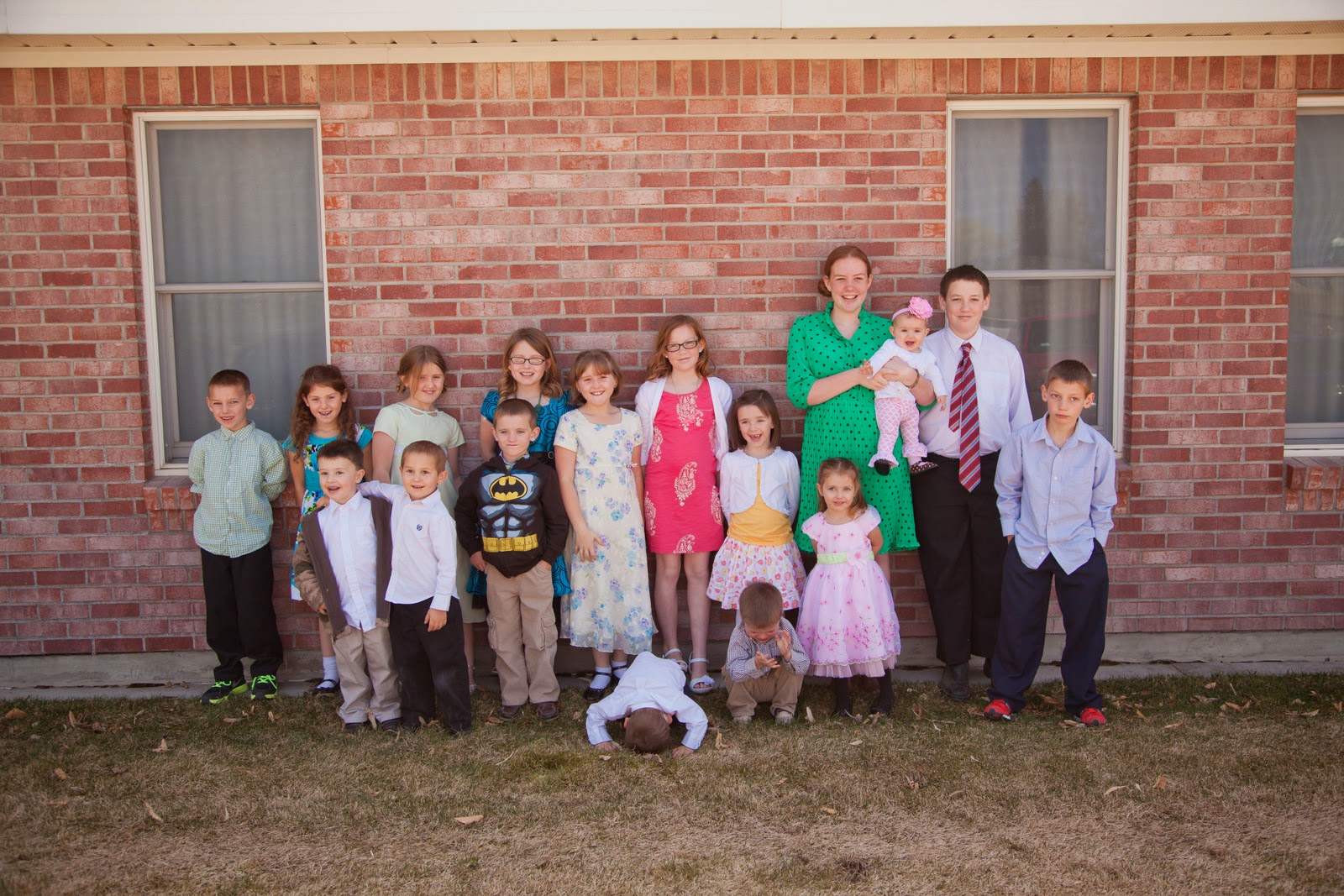 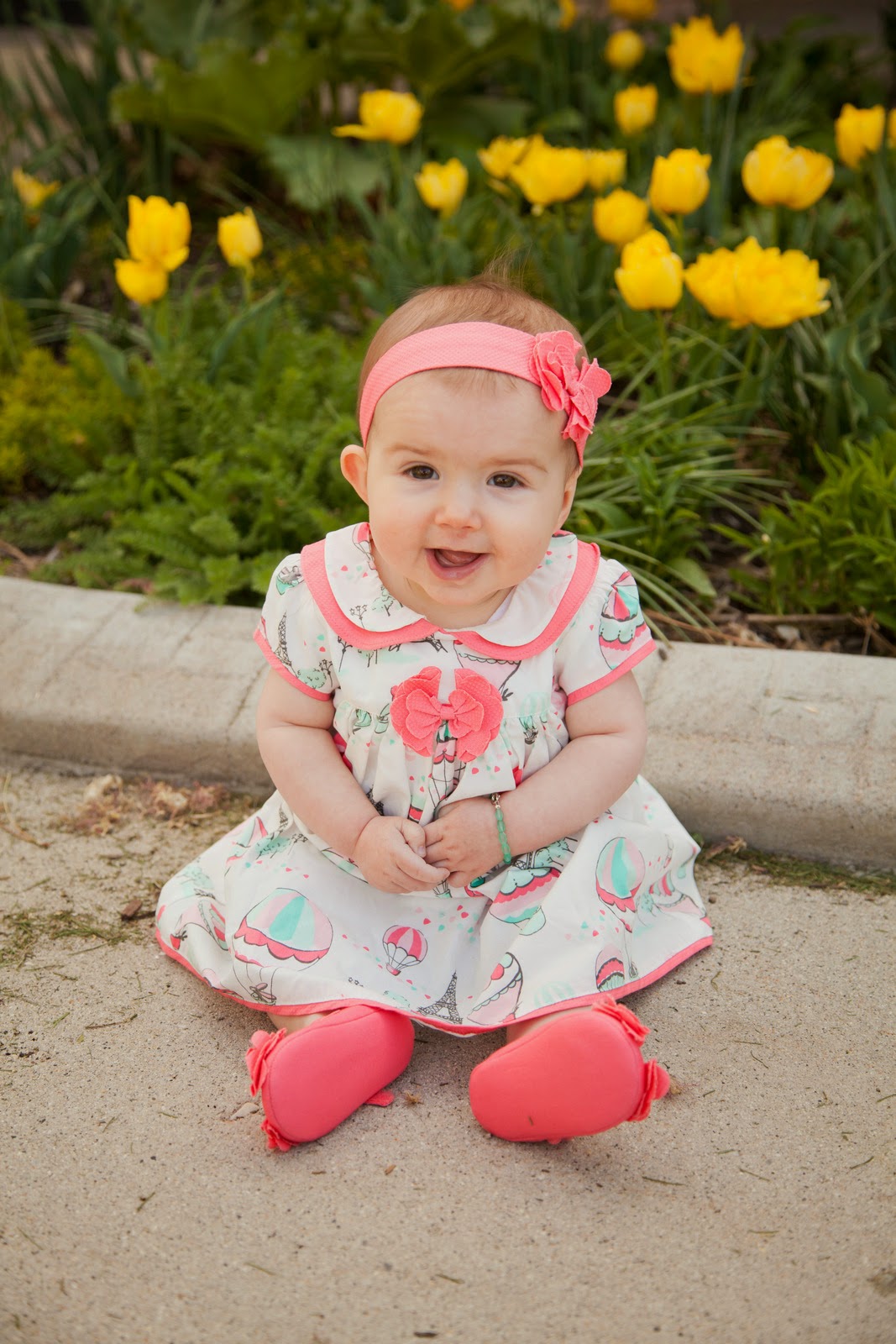 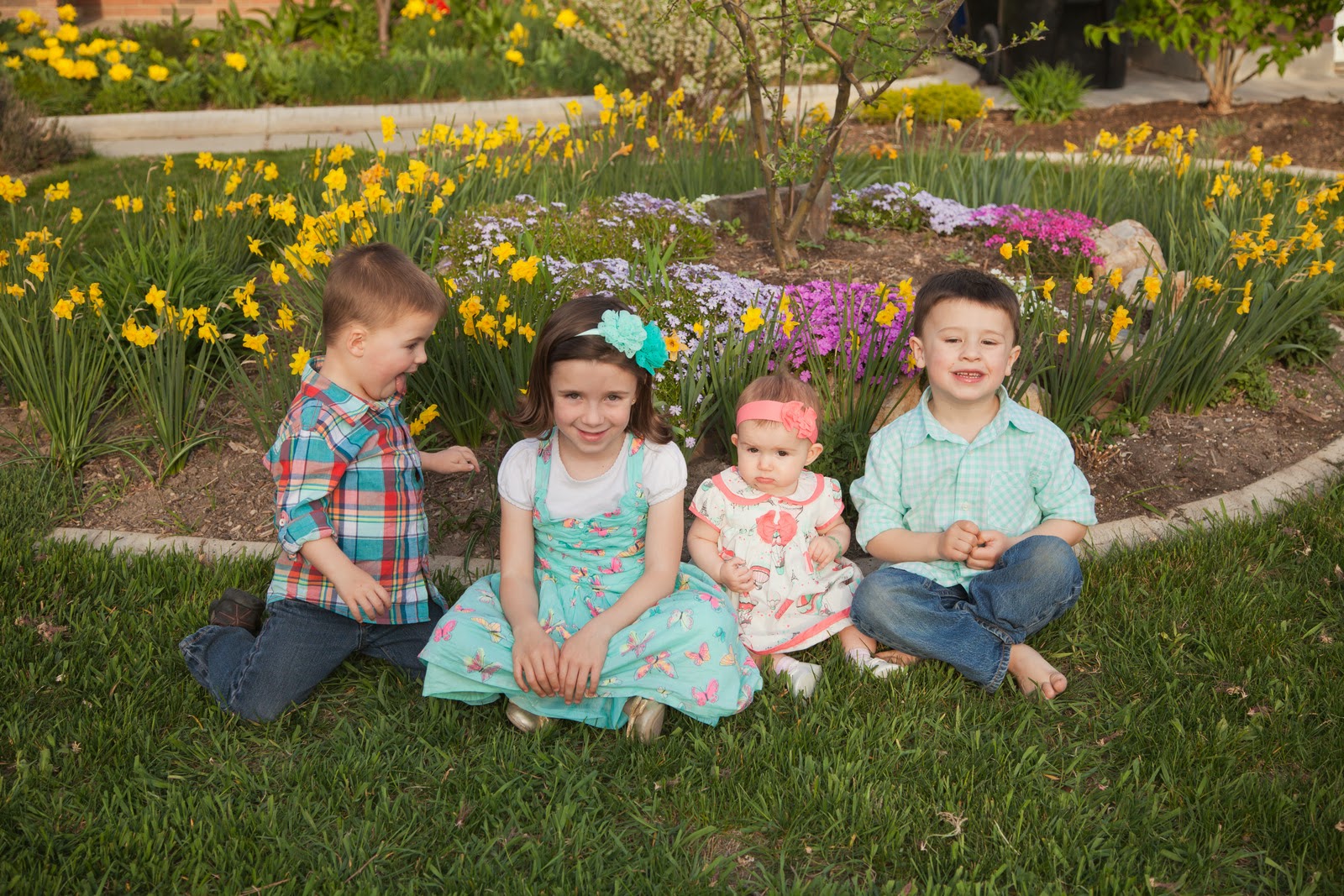 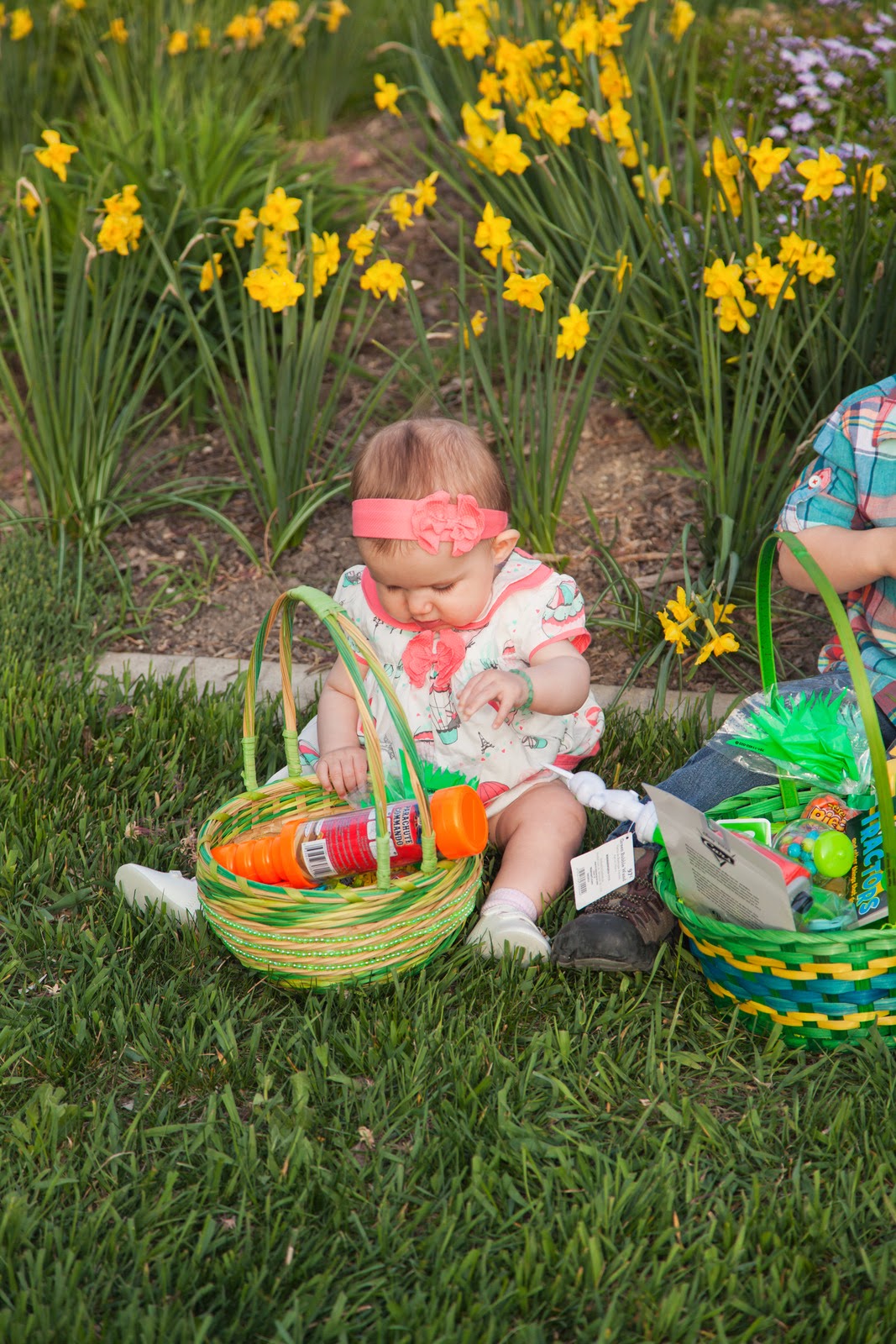 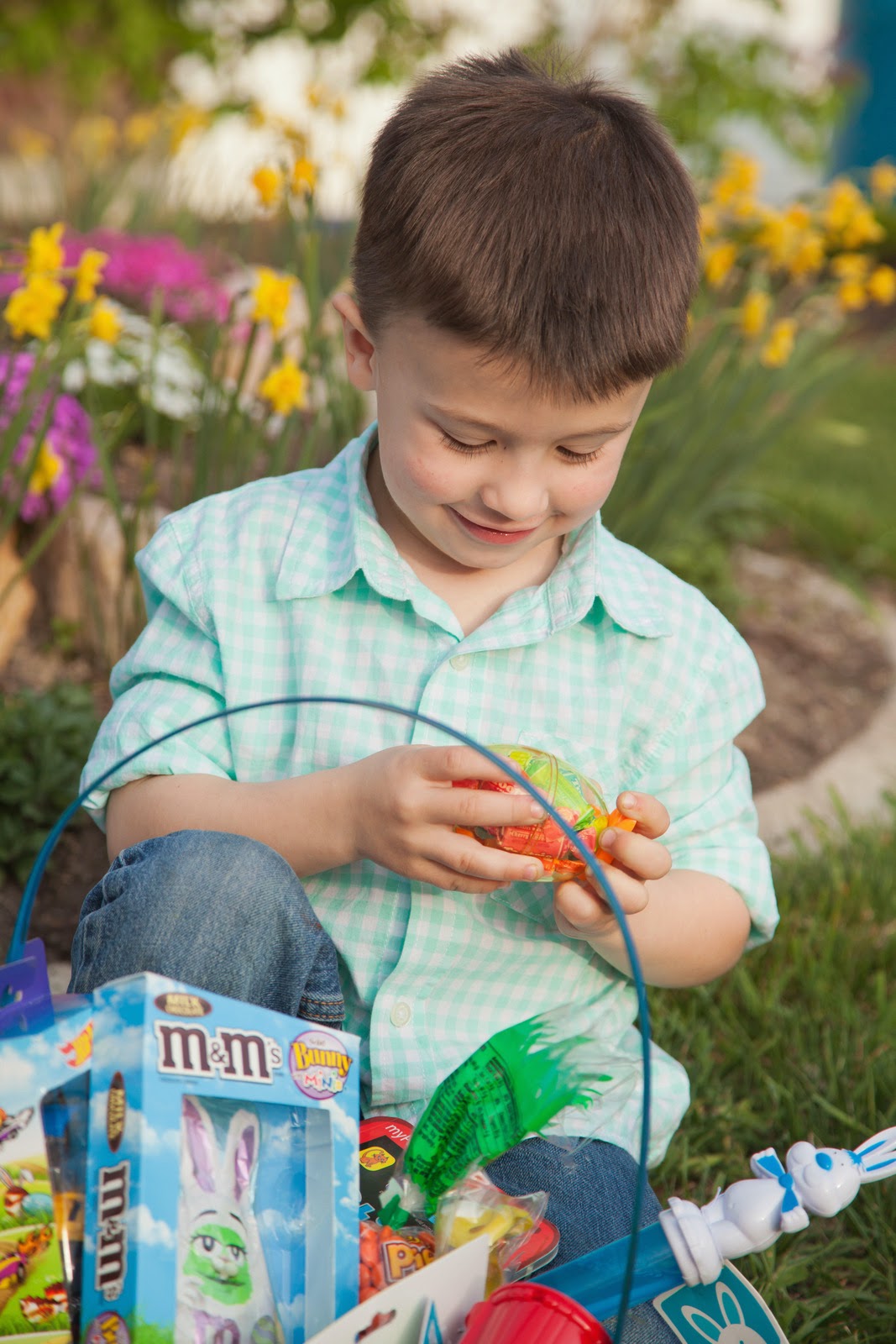 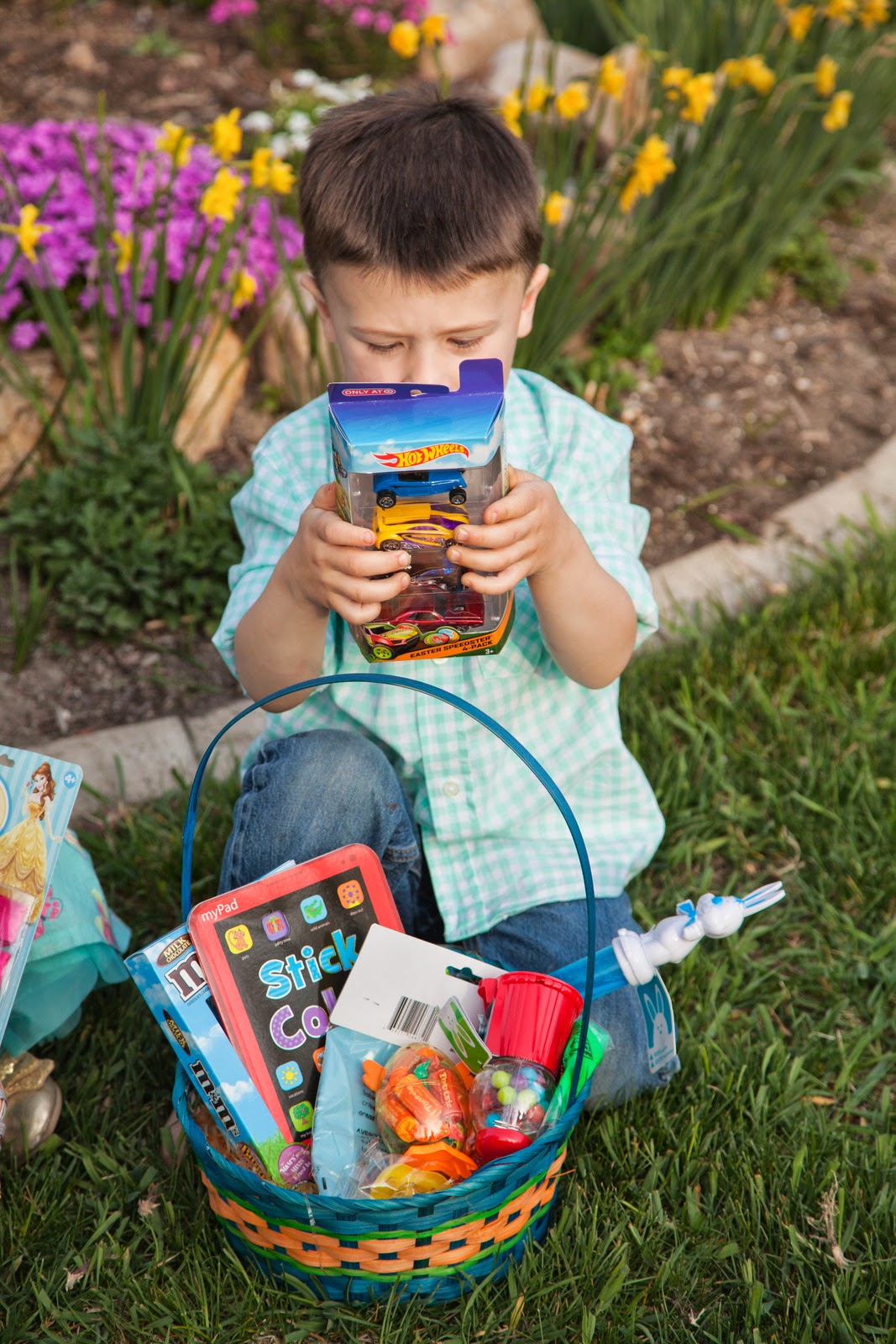 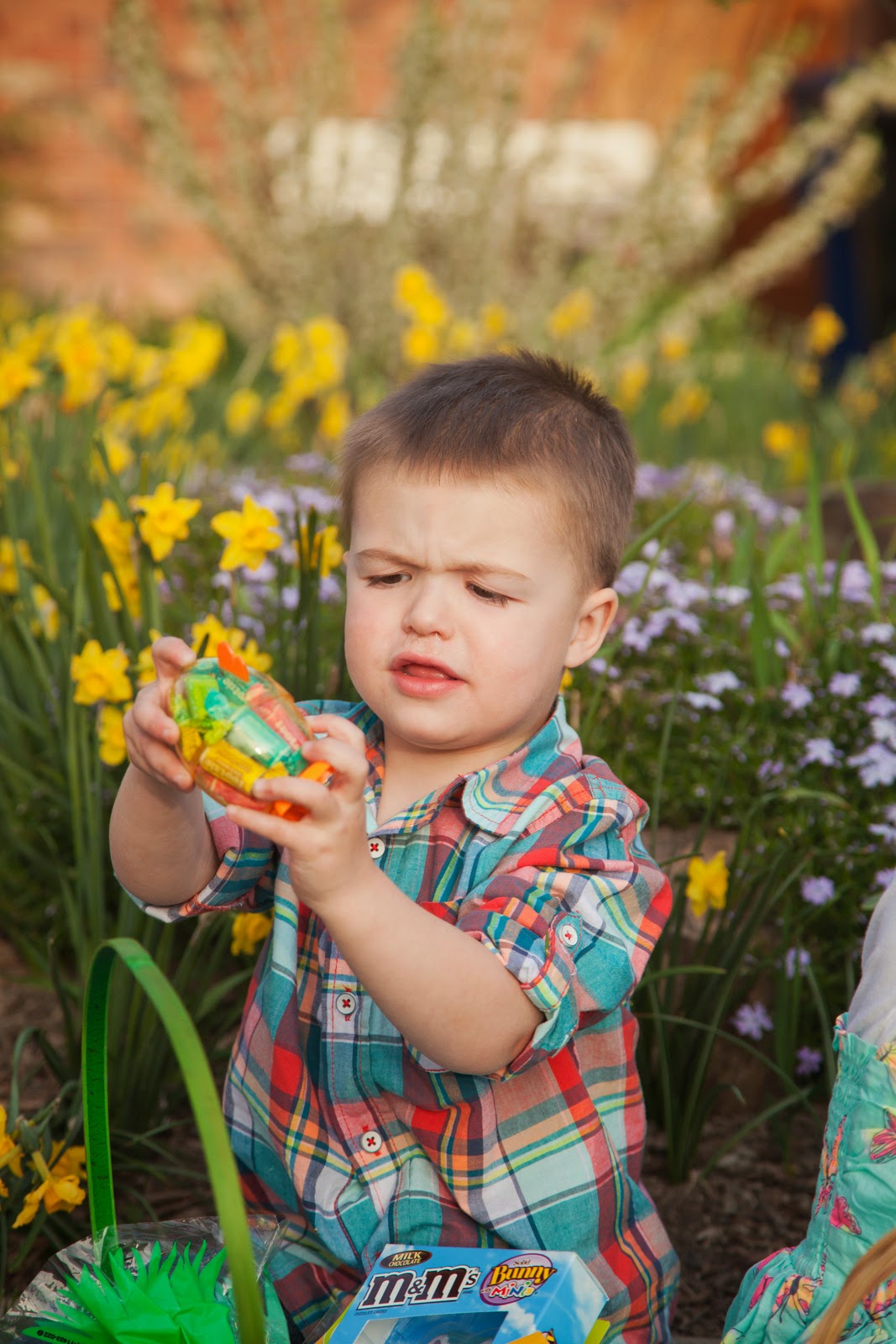 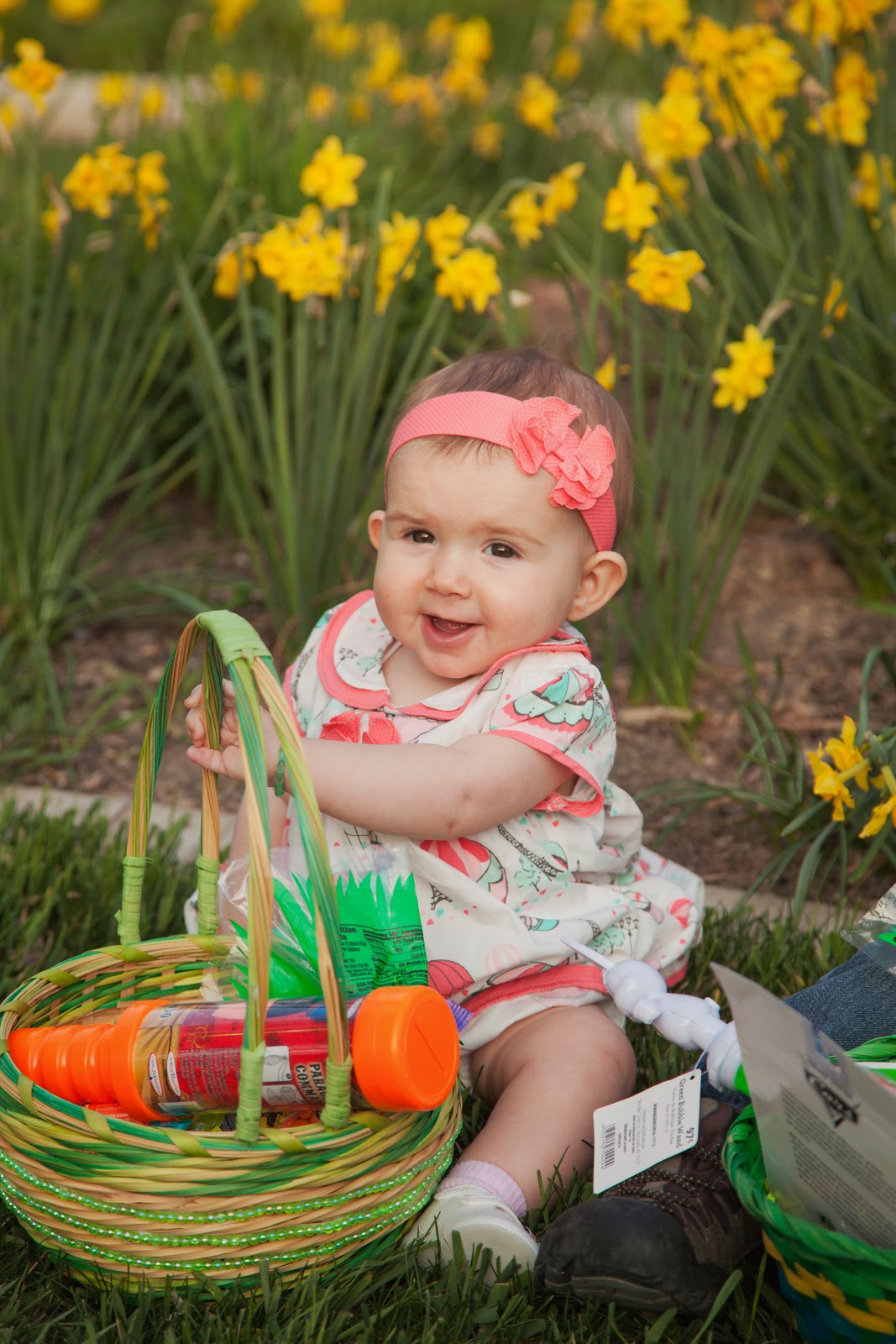 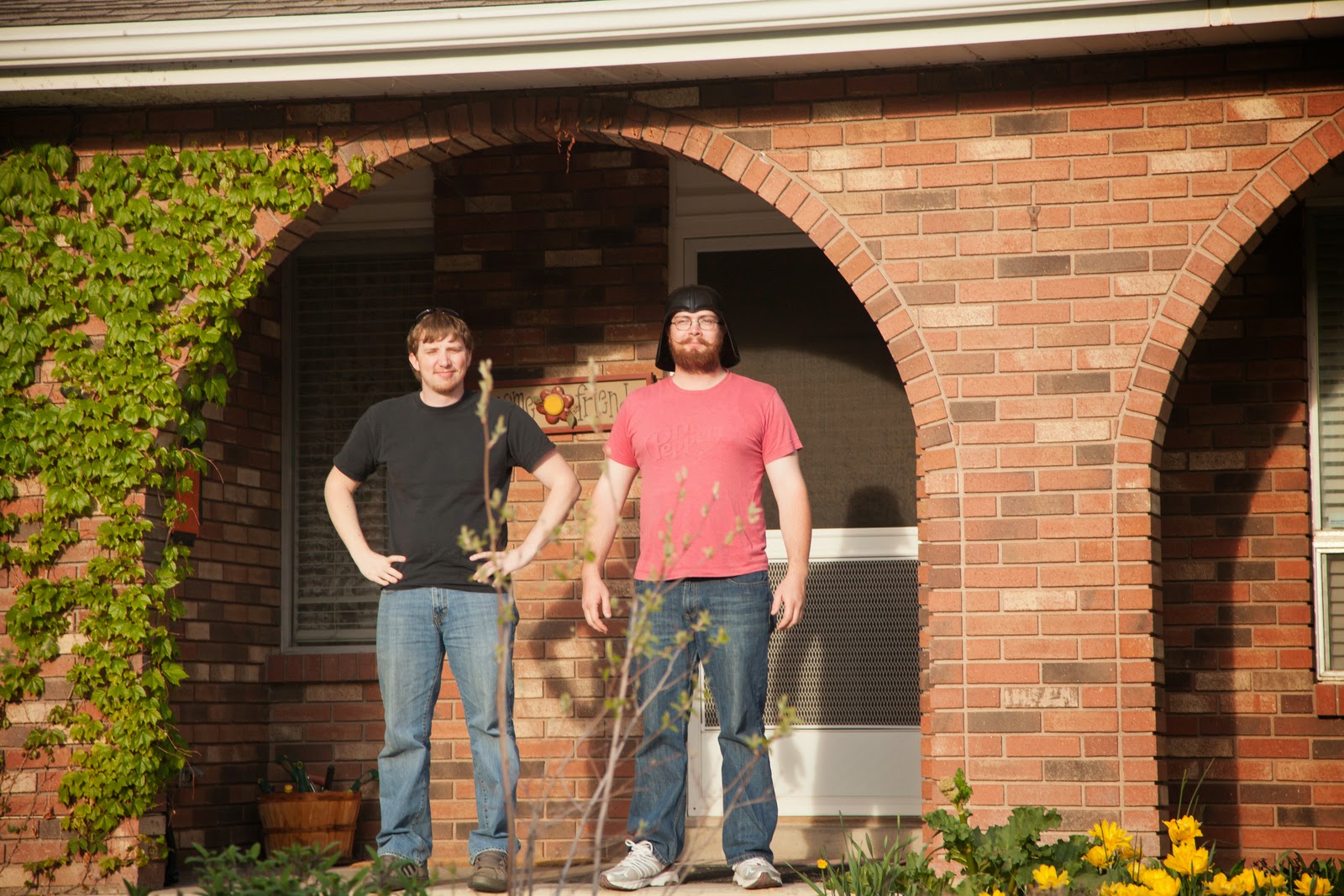 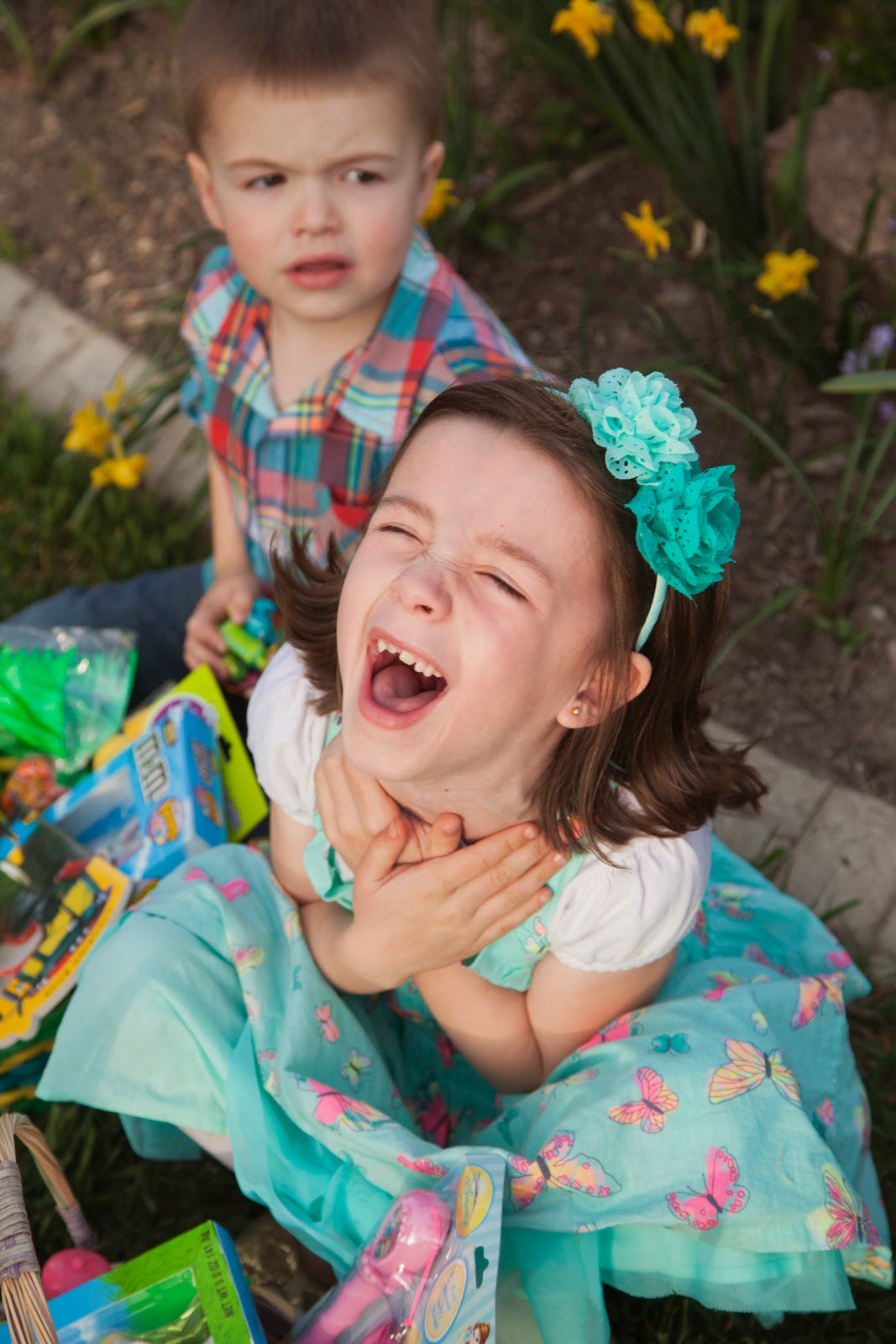 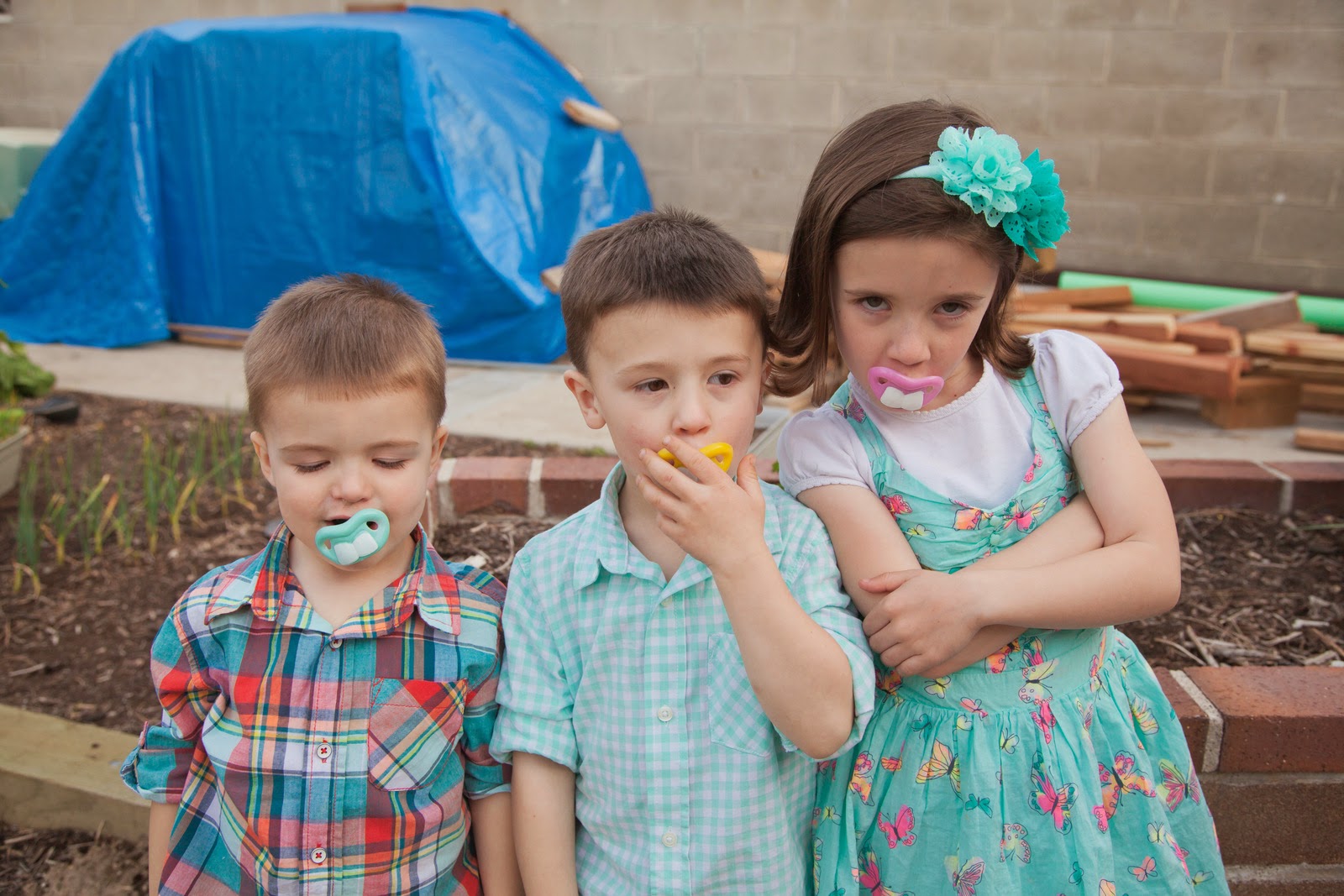 Justin’s Uncle Lyndon Crapo passed away on Friday April 11th in Idaho from health issues and old age. He is Diana’s older brother. We all had the privilege of traveling to Parker, ID with mom to support the family during his funeral. Even with a sick Everett and sick mommy we decided to make the long drive to be part of this momentous event. Dad has not seen Everett or Evelyn so that was another driving point in our decision to go. We enjoyed a lovely weekend with Justin’s family. We first drove to Utah on Thursday and rested overnight. Cousins galore showed up much to the delight of all our collective children. Dad ran the show playing chef and handing out candy treats trying to win the kids over in spite of his Duck Dynasty style facial hair. Spenser and his family also made a long trek from Chandler, AZ to Utah. They had a longer trip then we did. Little Gary, Spenser’s youngest, recently had cochlear implant surgery. He was still sporting bandages. We went to the little park nearby at one point. Mostly we let the kids run wild and free. Everett was not feeling well so he sought refuge in the van sitting in his car seat with his precious monkey binky. Everyone enjoyed meeting our sweet Evelyn. We all cracked up over Phillip’s reaction to Grandpa’s beard. He got to touch it and said something Phillip-ese. He is constantly making up words like squeaky chicken, stinky potty lugies, lollipop (while making chicken wings). He loves to tease Everett and call him a whack-a-fruit. Everett goes beserk when called a whack-a-fruit.

I snuck out Thursday evening for birthday party shopping at Dollar Tree and Michaels. I about fainted with raptures while in Michaels. So many choices! I stocked up on beads for Evelyn bracelets and other little things we don’t have anywhere near Sidney. Evelyn went with me for the shopping trip. Everett had a long restless night. He mostly slept with me in Reagan’s twin bed. We celebrated Reagan’s 9th birthday with cuppy cakes.

Spenser and Laura drove all Thursday night and arrived Friday morning. Phillip was over the moon to meet his cousin Anson again. He said HELLO and then the two disappeared for hours while they played. We would catch glimpses of them holding hands and hugging like long lost friends. All Phillip talks about now is his cousin Anson who lives next door in Arizona.

Spenser and Laura took restorative naps and copious amounts of caffeinated beverages before we all drove to Idaho Falls. All the kids slept for a long while during the trek up. We arrived at the hotel and enjoyed a dip in the pool before dinner. Mom and Dad went to the viewing while we ate dinner and went on a walk to see the Idaho Falls. The walk was heavenly after all that driving. The kids chased geese and each other while we walked. The best part was hearing all the little conversations going on between cousins, siblings, and friends. We could see the Idaho Falls temple in the distance. Everett coughed most of the night. The two of us did not get much sleep.

Saturday morning we drove the 45 minutes to Parker, ID for the funeral. By the time I finally caught up with the kids Phillip, Everett, Amelia, and the cousins were in the RS room where folks could view Uncle Lydon for the last time. Phillip was quite struck with the idea. He kept calling the body his dead grandpa. We took the time to explain about life and death with Amelia and Phillip. When the casket was wheeled into the chapel Phillip stood up with peace signs and said, “Dead Grandpa” while shaking his peace signs. Broke the tension for those around us! Silly kid. The funeral consisted of a lot of talk about motorcycles and engines, two passions of Uncle Lyndon. We followed the hearse a mile down the road where the plot was dedicated. Folks could sprinkle sand from the dunes on his casket. The kids really liked that part. Everett hacked up a lung during the dedicatory prayer. It almost sounded like Phillip farting since the boys were next to each other. Everett was reading tombstones afterwards. He said the letters then started sounding them out and together. He said “Crapo” and “Bolland” all by himself. He is one smart cookie. The Parker ward had a lovely lunch ready for everyone of ham, potatoes, green beans, salad, and dessert. Charity wanted a photo of all the kids. Everett and Gary were not so keen on that idea. We noticed that Elijah was missing halfway through photo torture. Love it!

On the drive back down to Utah, Everett cough-barfed (carfed) down his shirt and all over his carseat. I noticed him cough then start chewing. Gross little animal. He finally could not chew it back and the eruption came swiftly after, not once but twice. After a delish taco dinner I left Justin, Amelia, and Phillip at Charity’s and took Everett and Evelyn to my mom and dad’s home. I hoped Everett would sleep better there. We endured an awful night. I got up at 1:30 and drove around thinking about taking him to the ER. He was coughing so violently that he would barf all over himself and his pillows. I changed his bedding at least six times. Easter morning I went to the Instacare with my sick little boy instead of church. He got a breathing treatment to open up his lungs and ease his breathing. The Dr was sure he had a nasty viral infection called Adenovirus (fever, gooey eyes, green snot, sore throat, cough, diarrhea, and often ear infection). He had all of the above symptoms. Poor kid was miserable. Mom came home from church after sacrament meeting and let me take a nap. I put on Evelyn’s cute Easter dress just because she looked so cute. Mom’s daffodils made for some pretty cute backdrop pictures. We drove back to Charity’s home around noon. I stopped off at Walgreens for the prescriptions. The wait was almost an hour. Everett was starving so I got him a burger for being such a good little hungry boy. Justin took two long naps while I managed the kids with Libby and Mason. It was fun to visit with Charity even with our nasty germs. I really miss our family. Melissa made a casserole with rice, chicken, bacon and chipped beef. It was strangely delicious. Evelyn decided that Mason was the bee’s knees. He is so good with little kids. They know he is one amazing young man.

We traveled back to Mom’s home for an Easter dessert and to spend the night there. All my local siblings were present. I was most impressed with Jeff’s beard. Amelia turned purple from laughing so much. The kids got their Easter baskets. I dressed the kids up in their Easter outfits just because. They are really good sports! Phillip loved playing with his cousin Seth. He just adores Seth. Lia and Mia were inseparable. Everett and Evelyn took turns on my lap. Evelyn loved Uncle James. Jana made yummy strawberry shortcake for everyone. We are so lucky to spend Easter Sunday with both sides of our family. What a blessing. The weekend made me so aware of how much Heavenly Father loves us and wants to bless us.

Monday we drove back to Nebraska. I forgot some purchases at Charity’s home so we drove there first to pick up my bags. Everett barfed again before we even got onto the freeway. He barfed again in Parley’s Canyon. I think we were all over the barf fest. The back of the van smelled like a sick ward with diarrhea and barf. After a long, long drive we made it home around 7:30 pm.